The Wisconsin Department of Natural Resources is seeking public review of its preliminary environmental review of a Canadian company’s plans to reroute an oil pipeline around a Native American reservation in northern Wisconsin.

As a result of a lawsuit filed by the Bad River Band of Lake Superior Chippewa Tribe, Enbridge Energy wants to remove a 12-mile segment of its Line 5 pipeline from the Bad River Reservation and bypass the reservation with about 41 miles of new pipe through Ashland, Bayfield and Iron counties.

According to the draft review, the $450 million project would affect approximately 135 acres of wetlands, removing trees from about 34 acres, though less than 0.03 acres of wetland would be permanently filled.

The proposed route crosses about 185 waterways, including the Bad River, Brunsweiler River, Marengo River, Tyler Forks and the White River.

The company says the line, which transports an average of 540,000 barrels a day between Superior and southwestern Ontario, is a key piece of energy infrastructure, delivering crude oil and natural gas liquids to terminals in Michigan.

Opponents of the line point to dozens of past spills on Enbridge pipelines, including a 2010 rupture in Michigan that cost $1.2 billion to clean up. According to the environmental review, Enbridge spilled about 1.4 million gallons of oil over the previous decade, which amounts to less than one-thousandth of a percent of the oil transported.

While safety protocols have reduced the frequency of spills, the DNR concluded that pipeline spills are still likely to happen every year.

Because the project would replace an existing pipeline without increasing capacity, the DNR concluded it would not result in increased greenhouse gas emissions, which contribute to climate change.

Elizabeth Ward, director of the Sierra Club’s Wisconsin chapter, said the environmental review “underplays the significance of the wetland and waterways impacts, especially if there is a spill, as well as the climate impacts of extending the life of the pipeline by building new infrastructure.”

Earlier this year, the Madison City Council and Dane County Board passed resolutions opposing the Line 5 reroute as well as a recently completed expansion of Enbridge’s Line 3 in Minnesota, which connects to a pipeline that cuts through Dane County.

The DNR plans to hold an online public hearing on the environmental impact statement on Feb. 2. Written comments can be submitted through March 4.

The DNR is accepting written comments on its draft environmental review of Enbridge Energy's Line 5 replacement project. Comments can be submitted by email to DNROEEACOMMENTS@WI.GOV or by mail to Wisconsin Department of Natural Resources, Line 5 EIS Comments (EA/7), 101 S. Webster St., Madison, WI 53707. The deadline is March 4.

A state appeals court declined to reinstate a permit for Meteor Timber to fill 16.25 acres of hardwood swamp for the $75 million project, upholding lower court rulings. 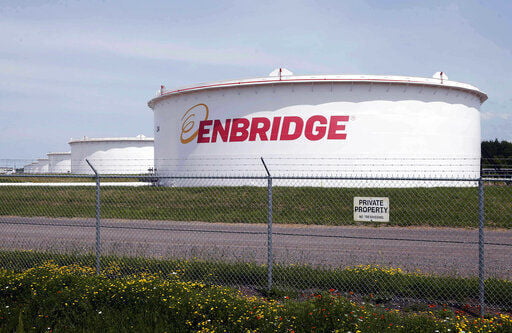 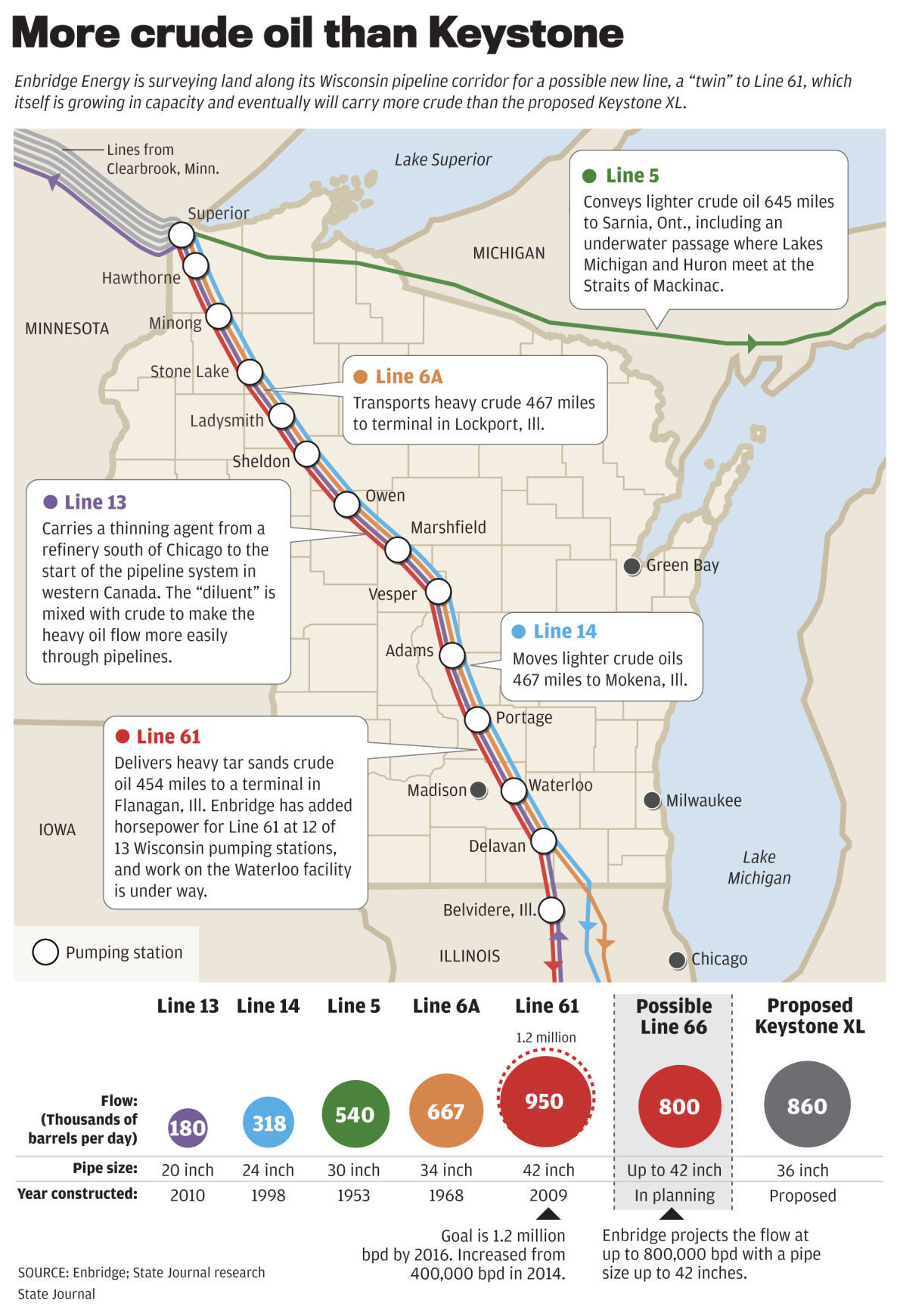