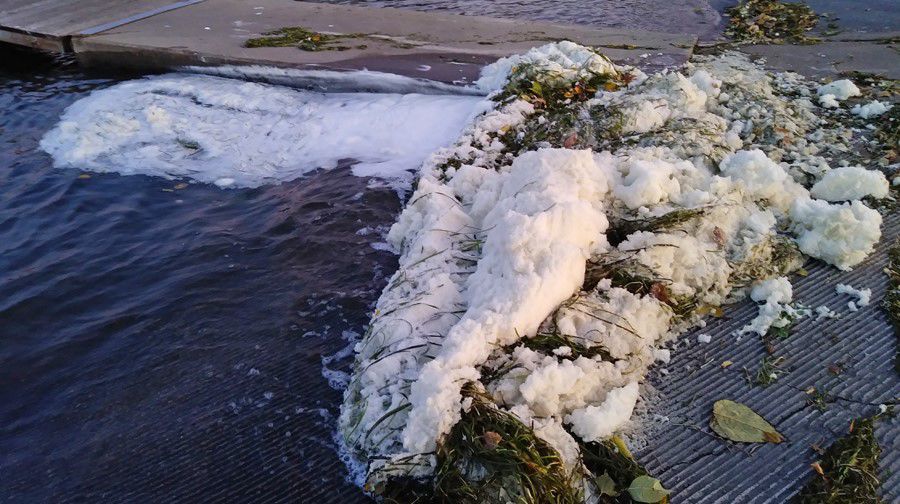 Foam found on the banks of Starkweather Creek in October has been found to have extremely high concentrations of hazardous chemicals known as PFAS. 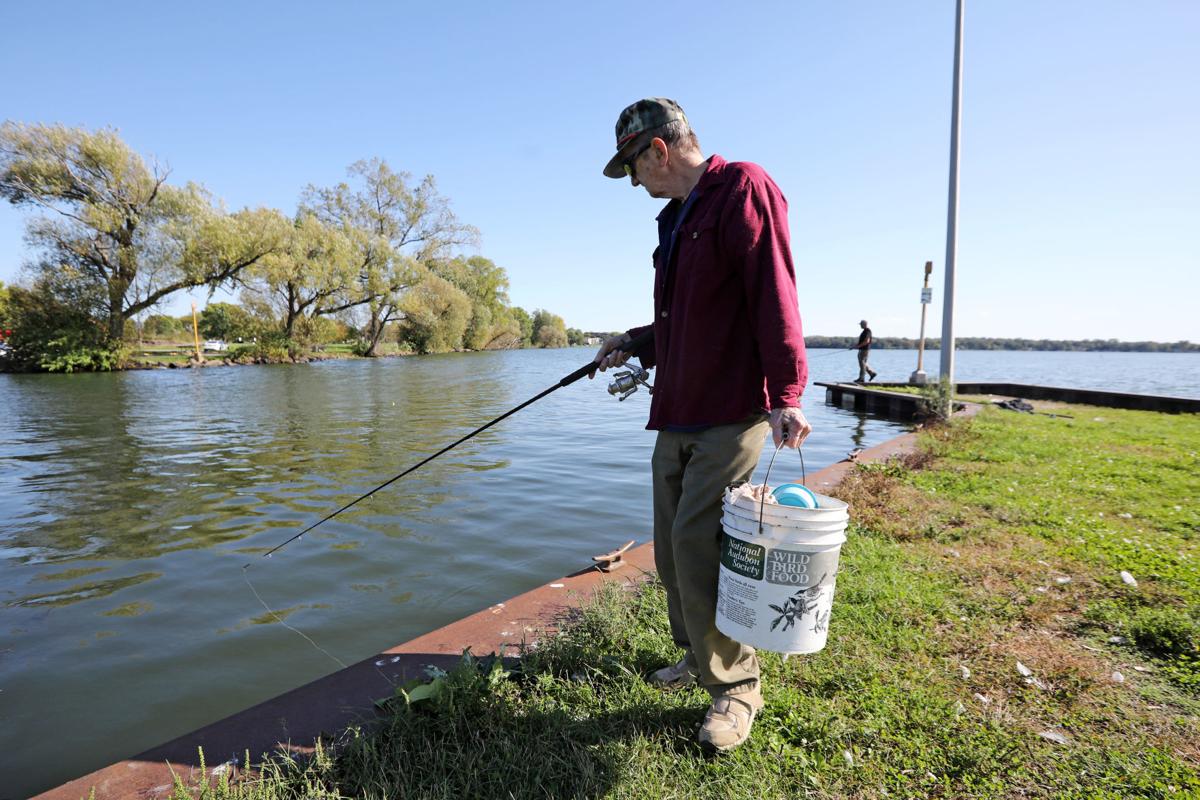 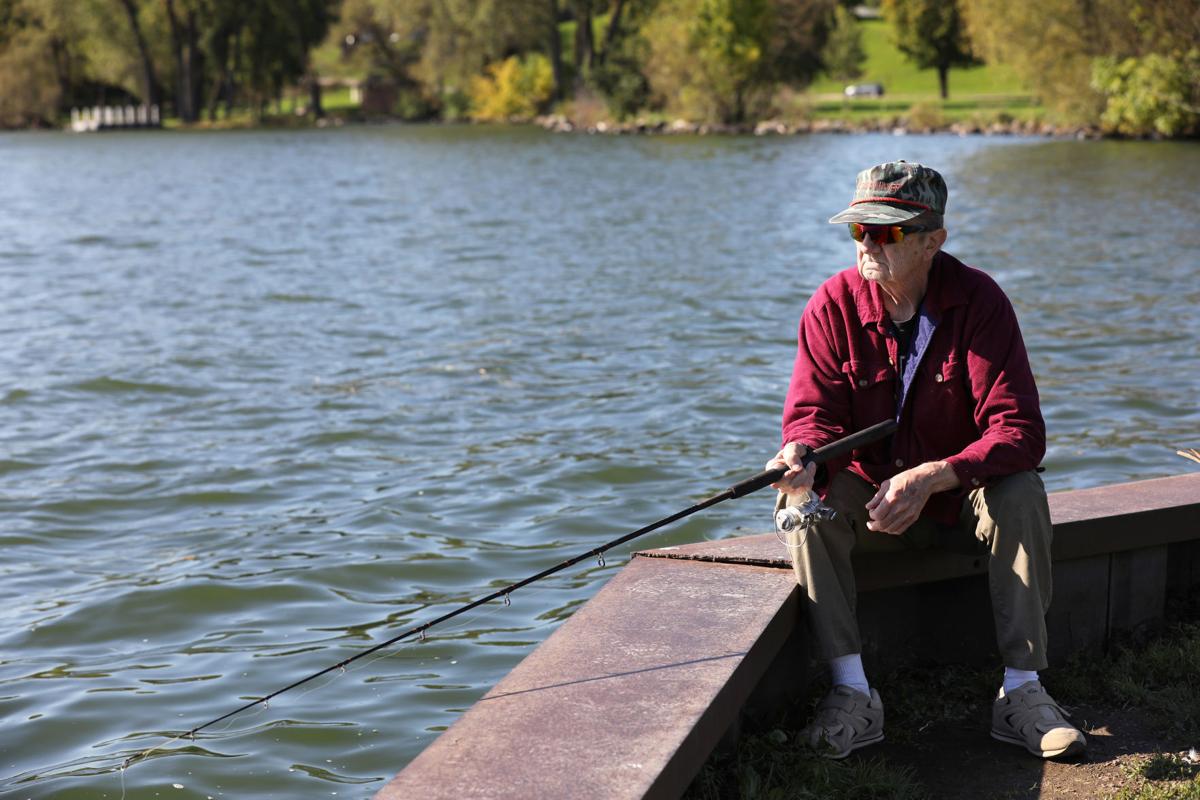 According to data released Thursday by the state Department of Natural Resources, samples of foam collected near the Olbrich Boat Launch had a concentration of one compound, PFOS, between 80,000 and 92,000 parts per trillion. The water itself had a PFOS level of 400 ppt.

The Environmental Protection Agency recommends against consuming water with more than 70 ppt of PFOA and PFOS combined, while Wisconsin’s Department of Health has proposed a safe drinking water standard of 20 ppt for the two.

Michigan, one of the few states to regulate the chemicals, known generally as PFAS, in surface water, has set surface-water standards of 11 to 12 ppt for PFOS, the compound most likely to build up in fish.

“It’s a chemical that likes to float on water,” she said.

Madison Mayor Satya Rhodes-Conway called the results “concerning” and said she has directed increased monitoring of the creek while city, county and state officials develop a coordinated response to PFAS pollution.

They have not issued any warnings against consuming fish from the creek, saying they are awaiting the results of tests on fish tissue.

Given the high concentrations, the DNR and Department of Health Services say people should avoid any contact with any foam on waterways.

Foss said the DNR is reviewing data from fish samples, which she expects will be released publicly in January. She said the agency is working with the health department and other states to determine what is safe to eat.

“It’s not just getting the numbers out there but what does it mean,” Foss said. “We’re trying to look at this in the most scientific way possible.”

Foam frequently collects on the surface of rivers and lakes as a result of decaying plant matter and may or may not contain the synthetic chemicals, which are present in materials like food wrappers and water-resistant fabrics and have long been used in firefighting foam.

The Madison Fire Department announced earlier this week it has stopped using foam containing PFAS and planned to dispose of its existing stock of fluorinated foam.

Two fluorinated compounds, PFOA and PFOS, have been linked to increased risks of cancer and other health problems. The chemicals do not biodegrade and can build up in the human body over time.

The DNR says it is responding to reports of foam on a case-by-case basis in areas where there is suspected PFAS contamination.

This is the first time the agency has tested foam from Starkweather Creek or Lake Monona, though the agency has been aware of contamination. Water samples taken in June from the West branch of the creek near Fair Oaks Avenue had PFOA and PFOS concentrations of 43 and 360 ppt., respectively.

Maria Powell, executive director of the Midwest Environmental Justice Organization, said she was shocked and saddened by Thursday’s test results.

“These levels are astounding,” she said. “Far higher than I expected.”

Noting the foam and water contained high levels of more than a dozen other PFAS compounds, Powell said the results underscore the need to regulate all fluorinated chemicals as a class, something the DNR is just beginning to explore.

Though the creek is not a source of drinking water, PFAS compounds can accumulate in fish to levels much higher than the water itself.

Airport director Kim Jones said she included $200,000 in the consulting budget that could be used for PFAS testing if the Department of Natural Resources requires it as a condition to renew the airport’s stormwater permit.

Foam found on the banks of Starkweather Creek in October has been found to have extremely high concentrations of hazardous chemicals known as PFAS.