If you wonder what’s hidden on the bottom of a Madison-area lake, go see Rick Krueger.

The veteran diver who helped write the book on the subject is now spending more time on the surface in his 17-foot Polar Kraft using sonar, a remote-control video camera and a GPS mapping system to chart thousands of underwater objects.

He has helped authorities recover cars that crashed through the ice — sometimes decades ago — including one that still held the remains of its passengers.

Krueger’s database is the best underwater inventory there is for the lakes, said Tamara Thomsen, state historical society maritime archaeologist. A grant will allow Thomsen and Krueger to work on an official catalog of historically significant sunken watercraft including the excursion boats that carried tourists many years ago.

There are any number of less important wrecks, rotten old boats that appear to have been sunk on purpose by their owners.

“They have some kind of derelict vessels in their back yard rotted beyond belief,” Thomsen said. “You find some with rocks in them, and holes in the bottoms of them.”

Krueger regularly finds puzzles to solve — like hunks of an old dredging barge strung out in a straight line along miles of Lake Monona’s bottom. He thinks maybe the dredging crew finished deepening a channel and then took their vessel and its big clawed arm apart piece by piece on their way back to shore.

Like many other divers, he remains intrigued by the 1967 plane crash in Lake Monona that killed singer Otis Redding, four bandmates, an assistant and the pilot. There are rumors that a case of Redding’s jewelry is still at the bottom.

For Krueger, a 63-year-old retired police radio technician, history and fishing are inextricably intertwined. In addition to sunken barges and boats, he charts positions of tree stumps and anything else that might suggest a good fishing spot. He speaks at outdoors expos and sells packages of GPS coordinates to fishing enthusiasts. It keeps him in gas money.

There are things under the water that might tempt thieves, like a vintage motorboat with a mahogany dashboard and windshield. Krueger said he keeps those coordinates secret, even though most divers are scrupulously honest.

“There’s just so much stuff out there, it’s just unbelievable,” Krueger said. “It’s fun because you find stuff, and it’s ‘What the heck is this?’”

Krueger posts video online and asks viewers to help him identify mysterious silt-cloaked items like the shopping cart he detected in the middle of Lake Mendota.

In 2003 he used a metal detector to find a $20,000 Rolex that had broken off a boater’s wrist and hidden in weeds 10 feet below the surface of Lake Monona.

Veteran diver Tom Villand describes being swarmed by carp and finding a sturgeon swimming alongside him like a diving buddy.

Divers have found TVs and stereos, a cannon ball, parking meters and stolen cash boxes. About 200 yards north of James Madison Park in Lake Mendota, discarded bottles are piled up, possibly by workers at an old bottling company.

The underwater laboratory Habitat lies off Picnic Point with two cars and a speedboat. Hundreds of anchors can be found, especially off Governor’s Island.

The Yahara Lakes | Giants among us: Part Two

The lakes are a force of nature woven into an intricate natural architecture extending for miles around and deep underground. And beneath the …

Why is the water here? The unhurried Yahara River you see today follows much the same path of a very different watercourse that flowed long before the last glacier came and went.

The plane crashed in the town of Lodi near the 1400 block of Fair Street at about 2 p.m. 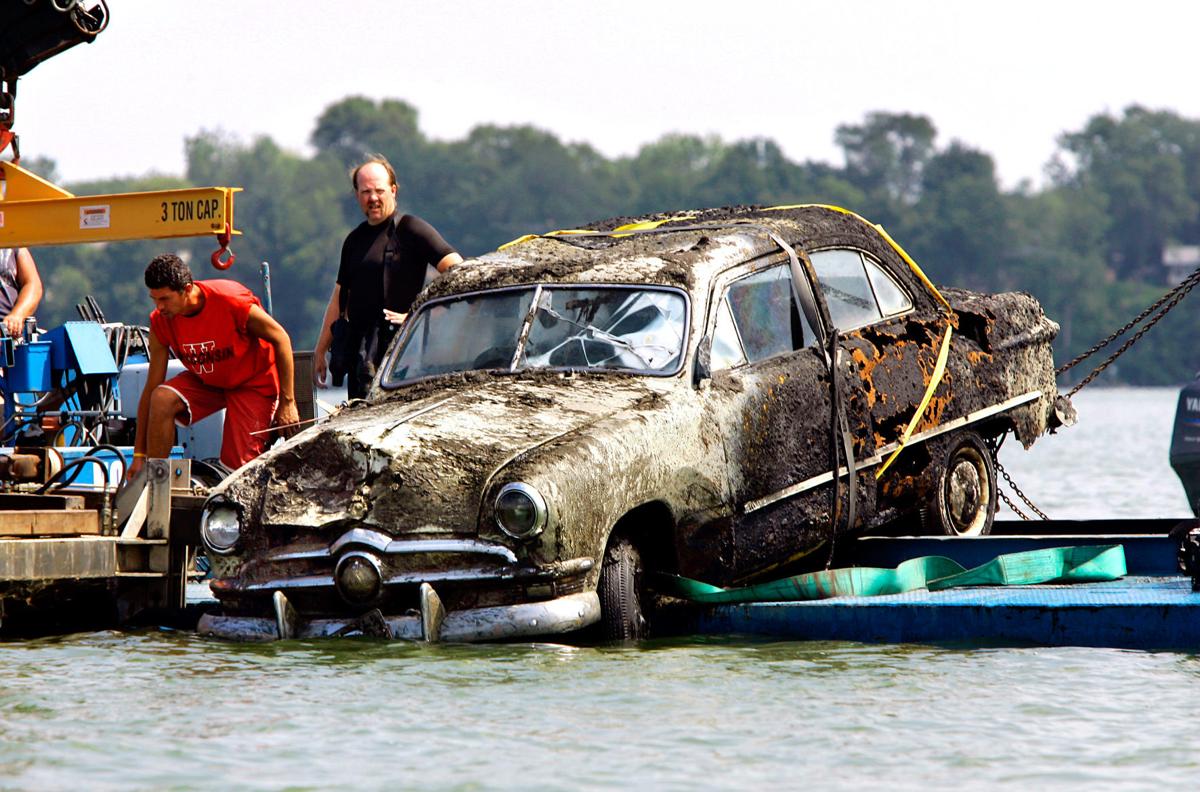 Alvaro Lopassio, left, with D.L. Anderson Co., raises Ronald Wick's 1950 Ford out of Lake Waubesa in 2006, where it had been lying under several feet of silt for 45 years. Wick, 20, and Carl Stolz, 23, disappeared in 1961 after a night on the town and an ill-fated drive onto the frozen lake. Dane County Sheriff's Department divers used a system of balloon-like lift bags to bring the car to the surface. Local diver Rick Krueger helped identify the vehicle underwater. 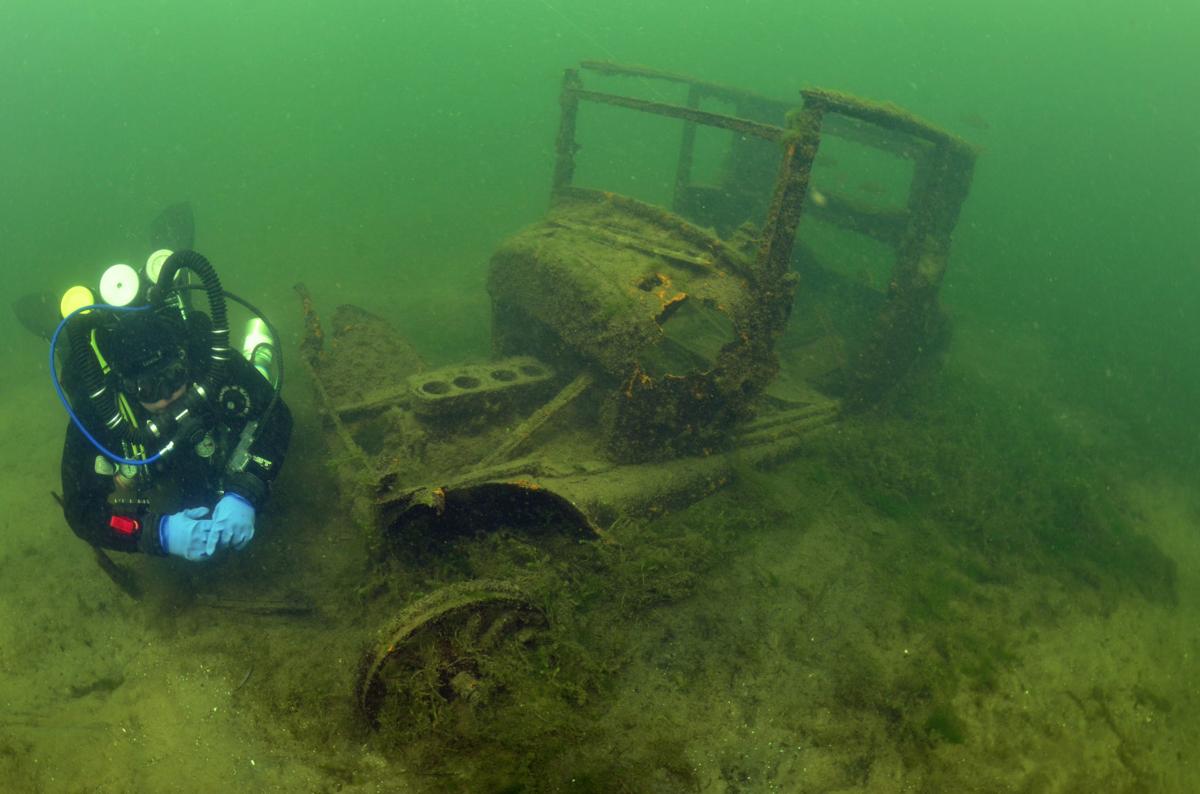 A diver inspects an old car in Lake Mendota near Picnic Point.