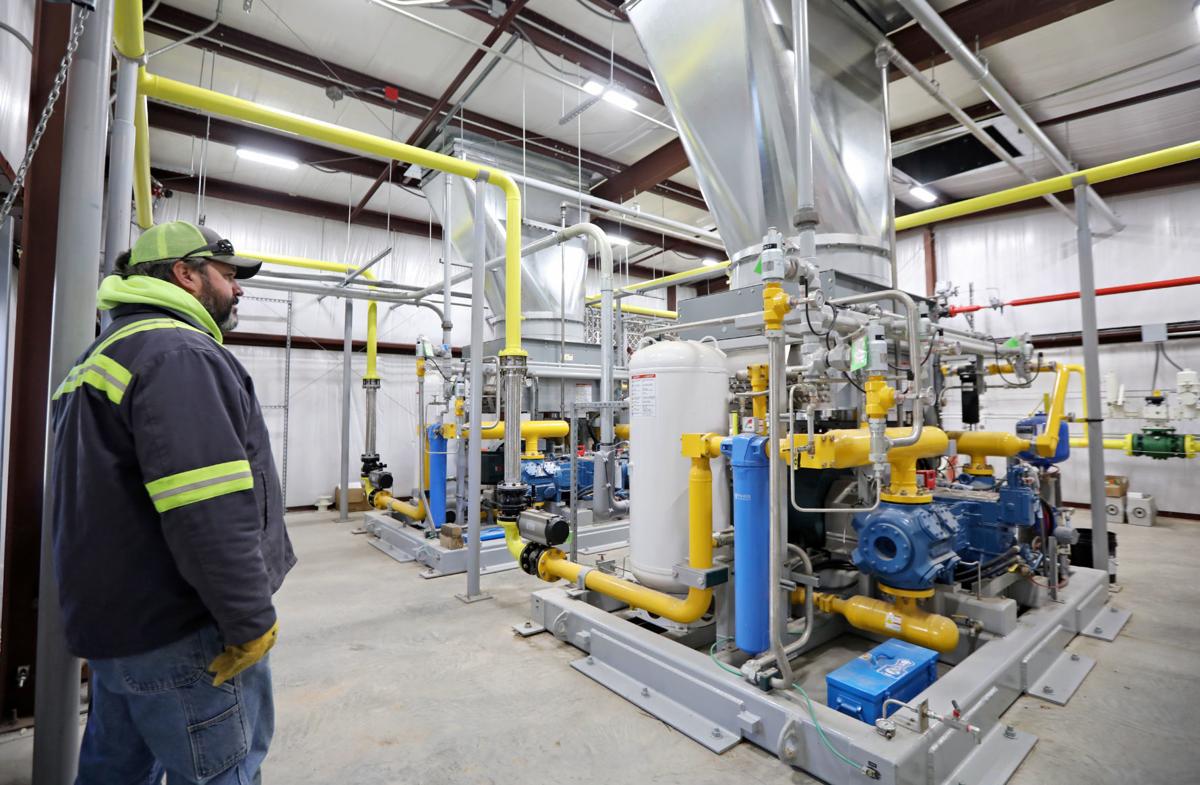 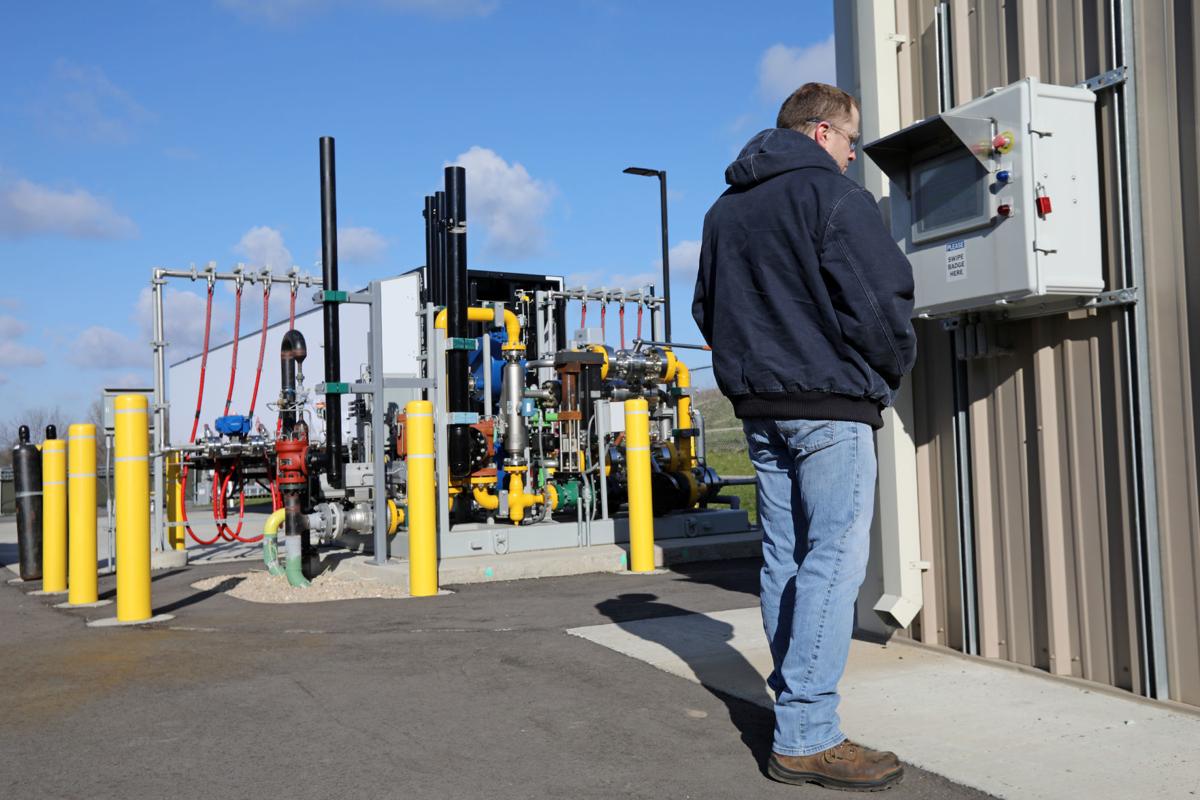 Erich Deutsch, with EvoLogic of Dubuque, Iowa, looks at data on a computer screen while offloading biogas into a pipeline at BIOFerm at the Dane County Landfill in Madison.

A first-of-its-kind renewable gas unloading station went into service last week at the Dane County Landfill, unloading a trailer full of methane that just days earlier was wafting from a pool of cow manure at a dairy farm in Campbellsport.

The methane, known as renewable natural gas — or biogas — hissed through a tangle of pipes connected to a natural gas pipeline, where it will eventually be burned in place of fossil fuels.

That biofuel — much of which is burned in garbage trucks and other heavy equipment — only offsets the use of fossil fuels, though burning it does create carbon dioxide. It also keeps methane — a far more potent greenhouse gas than carbon dioxide — from escaping into the atmosphere.

The $5.5 million injection port is part of a larger $29 million project to clean and deliver methane from the landfill to be sold as compressed natural gas at Kwik Trip stations.

Like many agricultural biodigesters, the county had for years burned the gas to produce electricity. But with rapidly falling prices for wind and solar electricity, utilities are no longer offering prices that can sustain those types of operations.

Driven largely by renewable fuel incentives in California, the biogas is far more valuable if it can be cleaned up and put into a pipeline and sold as transportation fuel.

But not every digester can afford the millions of dollars it costs to build a pipeline hookup.

The offloading station — the first in the nation to serve multiple biodigester owners — will allow producers to tap into the transport fuel market, and county officials hope it will create an economic incentive to expand existing digesters and build new ones, which could also help in efforts to clean up lakes and rivers.

In an effort to further reduce nutrients in lakes, there are deep discounts for producers that do advanced phosphorus removal.

The county expects to recoup its investment in four to five years through user fees.

“I think it was a really great move on the county’s part,” Niekrasz said.

The convenience store chain partners with Dane County to buy compressed natural gas from the county's landfill and other biodigesters.

Dane County announced Wednesday that it is seeking proposals to develop a solar farm on the 120-acre tract east of the county’s landfill in the town of Cottage Grove with the hope of beginning design in 2021.

The Public Service Commission voted 3-0 to authorize Madison Gas and Electric to build the $16.8 million plant on about 46 acres of county-owned land and to sell the output to the county under the utility’s renewable energy plan.

Erich Deutsch, with EvoLogic of Dubuque, Iowa, looks at data on a computer screen while offloading biogas into a pipeline at BIOFerm at the Dane County Landfill in Madison.