UW-Madison scientists have discovered a new way to capture energy from an everyday product that could be a key step to a carbon-free economy.

Researchers in professor John Berry’s chemistry lab found that ammonia combined with a catalyst containing the metal ruthenium spontaneously produces nitrogen, releasing electrons that can be siphoned off.

Replicated at scale, the reaction could be used to generate electricity without releasing pollutants or heat-trapping gases like carbon dioxide, providing a viable alternative to fossil fuels and helping achieve a carbon-neutral economy, which scientists warn is necessary to avoid catastrophic climate change.

The findings were published last month in the journal Nature Chemistry and have received a provisional patent from the Wisconsin Alumni Research Foundation.

“It’s pretty unheard of,” Berry said of the discovery, which he notes is a “pretty big deal.”

Berry, an inorganic chemist, said the discovery was unexpected.

“We weren’t looking for this at all,” he said. “I’ve been making exotic molecules all my life. I never thought I’d do something that had any practical implications.”

Berry wanted to test how ammonia would react with diruthenium, a pair of ruthenium atoms bonded together with other molecules. He thought if he applied an electrical current, the ammonia would oxidize, releasing nitrogen.

Christian Wallen, who was working in the lab as a postdoctoral researcher, figured out there was no need to add energy.

“If you just add ammonia to this complex, it spits out nitrogen on its own,” Berry said.

Mike Trenerry, one of Berry’s current graduate students and co-author of the paper, figured out how to pull the electrons off and repeat the reaction by exposing the catalyst to oxygen.

“What this means for us is the research has cleared an important energetic hurdle,” Trenerry said. “We’ve managed to keep the thermodynamics on our side.”

The idea of using ammonia as fuel is not new.

“Germans were forced to do it during World War II,” Berry said. “You put ammonia into internal combustion engines and sure enough they run.”

But internal combustion engines are optimized to burn gasoline, which has a much lower ignition temperature, and burning ammonia is inefficient.

“The gain is not worth it,” said Wallen, now an assistant professor of chemistry at Appalachian State University.

Researchers have also used ammonia in fuel cells, but the current technologies require an enormous amount of energy input.

“It kind of defeats the purpose,” Berry said.

The only byproducts of Berry’s method are protons and nitrogen, a harmless gas that makes up nearly 80% of the atmosphere.

“It changes the conversation about using ammonia as a fuel — how we can start using our existing infrastructure ... to address problems in the energy sector as well,” Trenerry said. “This is one-half of a larger puzzle.”

The other half of that puzzle is finding new ways to make ammonia that’s less energy-intensive and doesn’t rely on methane as a key ingredient, which Wallen said will be easier to solve now that scientists have a better understanding of how ammonia breaks down.

“Once you put one side (of the puzzle) together, you learn things that help you put the other side together,” Wallen said.

One potential alternative is harvesting hydrogen atoms from water and combining them with atmospheric nitrogen using electricity from renewable sources.

“It’s one of the real holy grails in chemistry,” Berry said. “If we get to the point where we can make ammonia from air, light and water ... then this method is going to really be the other side of the coin in terms of getting energy out of that fuel.”

Unlike hydrogen, often seen as a leading alternative to fossil fuels, ammonia is easily liquified and relatively stable.

“You can use more or less similar infrastructure for filling a gas tank with ammonia,” Berry said. “You can’t do that with hydrogen.”

But he cautions there’s a long way to go before ammonia stations dot the nation’s highways, including developing a fuel cell that can capture the electricity generated by the reaction.

“This is not a technology that we’re going to implement tomorrow,” Berry said.

Ruthenium — about 12 times more rare than platinum — might not be plentiful enough to meet all the world’s energy needs, though Berry said the lessons learned in developing ruthenium catalysts will “be very helpful” for designing new catalysts that use more common elements, such as iron.

Berry often tells new students that moving to a carbon-free economy — which most scientists agree must happen in the next 30 years to avoid the worst effects of climate change — will mean the end of the petrochemical industry.

But he reminds them that is why “chemistry is the place to be.”

“It’s just this huge amount of opportunity to replace all these things that we have used carbon for with new technologies that are yet to be developed that use other elements,” Berry said. “As an inorganic chemist, I use the whole periodic table — not just carbon.”

“We weren't looking for this at all."

Up to 8 inches of snow could fall in far southeastern Wisconsin, and much less to the north and west Saturday into early Sunday, forecasters said, while stressing that the storm track was far from certain this far in advance. 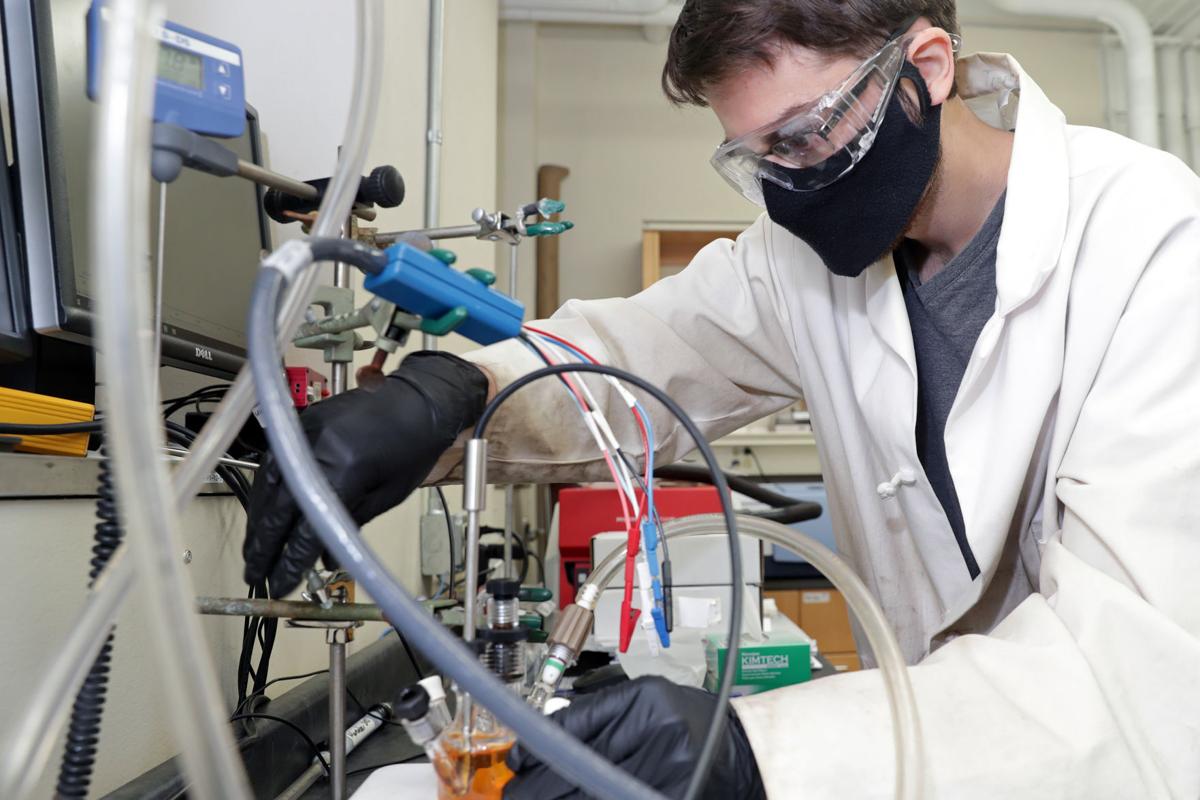 Graduate student Mike Trenerry sets up an experiment in the UW-Madison Chemistry Building, where he and other scientists discovered a new process to harness clean energy from ammonia. 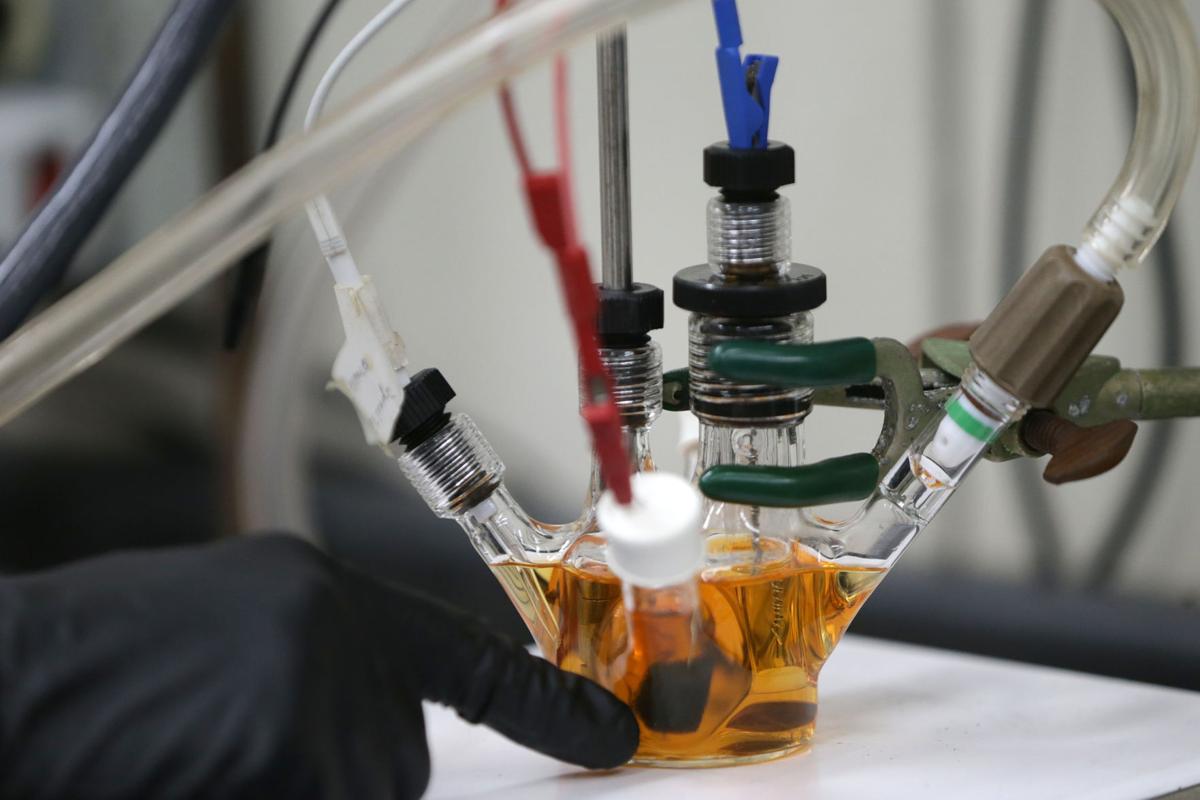 UW-Madison researchers discovered that ammonia, when combined with a ruthenium catalyst, spontaneously produces nitrogen, releasing electrons that can be harnessed as clean energy. 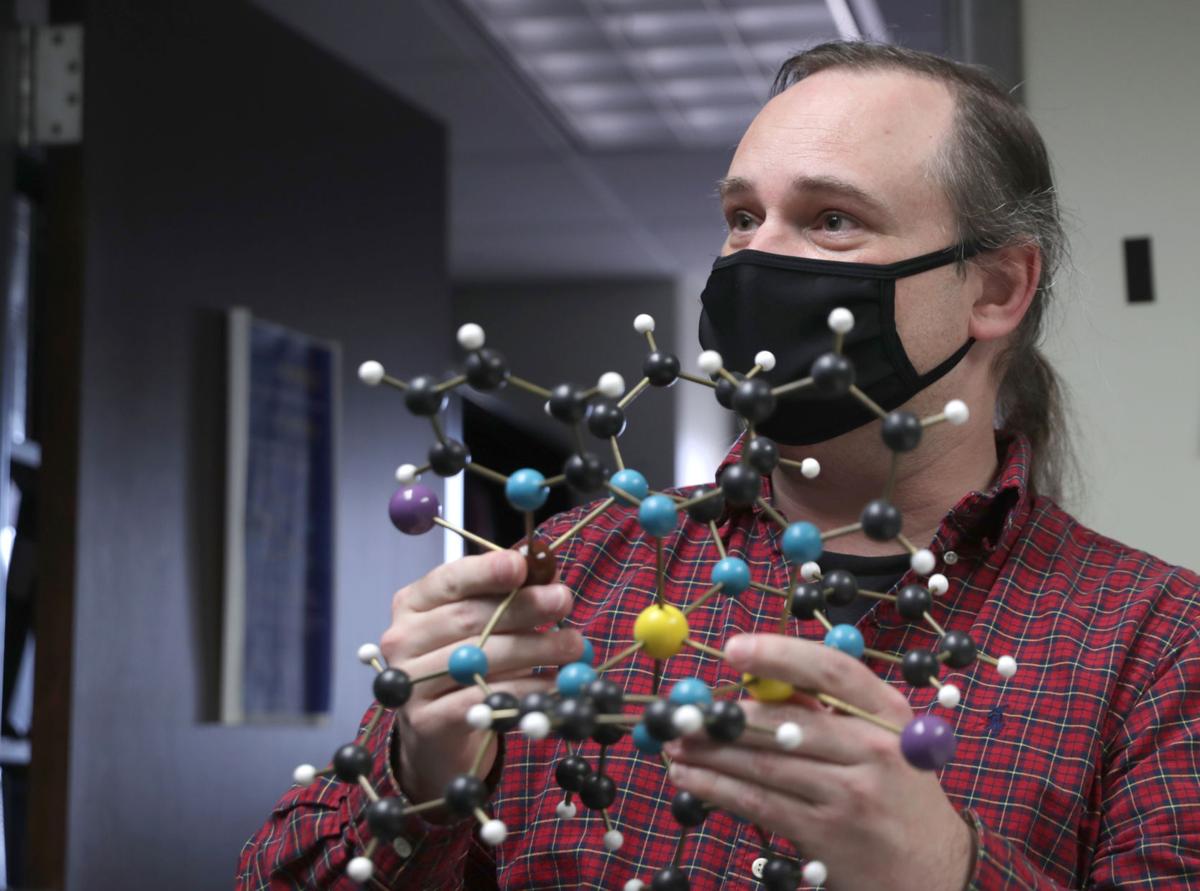 Professor John Berry, in his office at the UW-Madison Chemistry Building, discovered a new process for capturing energy from ammonia. "It’s very rare you find something ... that would actually be practical," he said. 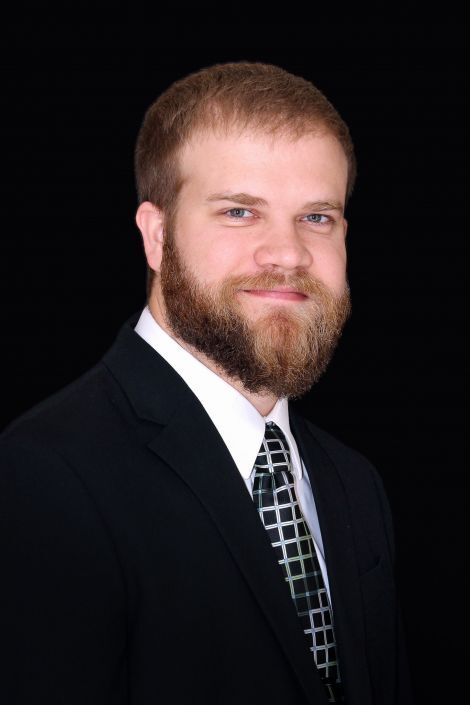