SAUK PRAIRIE — Nestled in the hills southeast of Baraboo, Hemlock Draw is like a time capsule from Mother Nature.

Descending roughly 300 feet into a gorge carved by water over millions of years, past quartzite outcrops that once stood as islands in a prehistoric sea, the oak and maple forests of southern Wisconsin give way to yellow birch, white pine and hemlock.

Typically found in northern Wisconsin, these trees are relics of the last ice age, when polar ice sheets ended just a few miles to the east.

The glacier that covered most of Wisconsin — but not the southwest corner — retreated more than 10,000 years ago as global temperatures warmed by about 5 degrees Celsius. But on the shaded slopes of this gorge, conditions remained cool enough for those species to hang on.

Scientists think those same geological features that made southwest Wisconsin biologically resilient during the last period of climate change can help preserve biodiversity in the coming decades of unprecedented global warming.

Over the past decade, a team of scientists working with The Nature Conservancy analyzed geographical and topographical data across the United States to identify and map landscapes like the Baraboo Hills that they believe will be key to helping species survive.

Now the global nonprofit organization has made that data publicly available through an online mapping tool that will allow government agencies, nongovernmental organizations, private landowners and local leaders to develop conservation strategies that focus limited resources on the most valuable land.

“Conservation isn’t about preserving it all,” said Nick Miller, director of science and strategy for The Nature Conservancy in Wisconsin. “It’s about finding the best fit between people’s needs and nature’s needs. Those are interactive. People need nature and nature needs people.”

Global temperatures have risen about 1.5 degrees centigrade over the last century, according to the Intergovernmental Panel on Climate Change, and are expected to rise another 2 to 4 degrees over the next century without drastic reductions in carbon emissions. By the end of the century Wisconsin’s climate could be similar to St. Louis, according to models developed by scientists with the Wisconsin Initiative on Climate Change Impact.

That’s roughly analogous to the warming the Earth experienced coming out of the last ice age between 19,000 and 8,000 year ago, said Jack Williams, a UW-Madison geologist and geographer who uses fossil records to study how species respond to climate change.

But this time around, the climate is changing much faster.

To put it in perspective, Williams says, we’re on track to “rewind the climate clock” by millions of years in just a few generations to temperatures warmer than anything in human history.

As the climate changes, plants and animals move to adapt.

Studies have found species are already moving an average of 11 miles north and 36 feet higher in elevation each decade to find more hospitable places.

Birds native to the southeast, like the tufted titmouse and Carolina wren, are now common in Wisconsin, while the southern flying squirrel has pushed north, displacing northern flying squirrels. Some types of oak and sycamore trees native to Iowa are now growing in Madison and even Minneapolis, said Lee Frelich, director of the University of Minnesota Center for Forest Ecology, while red maple are found in Minnesota’s Boundary Waters.

Species like the snowshoe hare that depend on snow cover are finding themselves increasingly exposed to predators.

“Climate change is happening about 10 times faster than the recovery after the ice age,” said Ryan O’Connor, a conservation ecologist with the DNR who served on a technical advisory committee for the project. “Species just can’t keep up.”

Scientists on The Nature Conservancy study found a strong correlation between geological diversity and biological diversity. Areas with steep slopes, deep ravines and different types of soil tend to harbor lots of microclimates where species can find the right temperatures, water, nutrients and shelter they require.

“All these little nooks and crannies across the landscapes are incredibly important for helping species survive,” Miller said. “Resilience comes from complexity. There are many different options.”

In a flat landscape, species might have to move about 100 kilometers north for every degree the climate warms, O’Connor said. In a hilly landscape they might only have to move a couple hundred feet.

“This tool helps identify where those places are,” O’Connor said.

With nearly 60% of U.S. lands and waters fragmented by human development, The Nature Conservancy study also highlights the value of natural corridors that allow species to find new homes.

Wisconsin’s most resilient and connected landscapes, as identified by the study, include places like the Baraboo Range and the greater Driftless area, a 24,000-square-mile wedge of steep hills and valleys straddling Wisconsin, Minnesota and Iowa untouched by glaciers.

Other key areas include the Kettle Moraine, a glacial formation that provides a north-south corridor with varied habitats, and the Northwoods, with vast areas of undeveloped land providing both local and regional connectivity.

“Species have adapted to past climate changes. One of the ways they do so is there are often microclimates,” Williams said. “Maybe those species won’t persist there, but maybe other species threatened by climate change could persist in this microclimate.”

Miller says the tool can help guide conservation efforts to focus on the natural resources that will be most valuable 50 or 100 years from now, including designated State Natural Areas like Hemlock Draw and Baxter’s Hollow, both owned and maintained for public use by The Nature Conservancy.

That leaves resource managers — both public and private — unsure how to best manage the public trust, especially with finite time and resources.

“This doesn’t answer that question explicitly,” O’Connor said. “But it gives a big piece of the puzzle to help figure out where on the landscape is your biggest bang for your buck.”

Jane Anklam, a conservation manager for the Landmark Conservancy in northwest Wisconsin, said the tool provides access to data that in the past has been difficult or impossible to find. She hopes the tool will allow her organization to be more deliberate in the land it preserves and to justify its choices.

“The land trust might say we’re protecting this land (so) it’s got to be good (land),” Anklam said. “Now we can say that we’re getting the data from the researchers.”

The tool could also help identify valuable working lands that can still play a role, O’Connor said. “It doesn’t necessarily mean every area that’s an important corridor … has to become a state park or be preserved by the state.”

The Nature Conservancy has also shared the tool with solar power developers in hopes that they will use it to avoid the most resilient landscapes.

The same resilient lands that support biodiversity also contribute to the health and well-being of people — providing clean drinking water, mitigating flooding and even sucking carbon dioxide from the atmosphere.

And their scenic beauty doesn’t hurt.

“I think it’s really important as a strategy for preserving landscapes,” Williams said. “The landscapes we find most beautiful … also turn out to be good habitat for preserving species. There’s a nice kind of double win there.”

We need all hands on deck for climate -- Carol Steinhart

It’s hard to imagine a November week for southern Wisconsin with no precipitation, plenty of sunshine and highs in the 60s, but that’s what we’ll have through the weekend after a cooler Monday, according to forecasters.

A budget amendment sponsored by Mayor Satya Rhodes-Conway and three City Council members requests an additional $50,000 next year for PFAS "testing and planning" at the Dane County Regional Airport and surrounding area.

The Wisconsin Department of Natural Resources failed to follow state law and its own rules, according to a legislative review of the state’s $28.1 million recycling program. 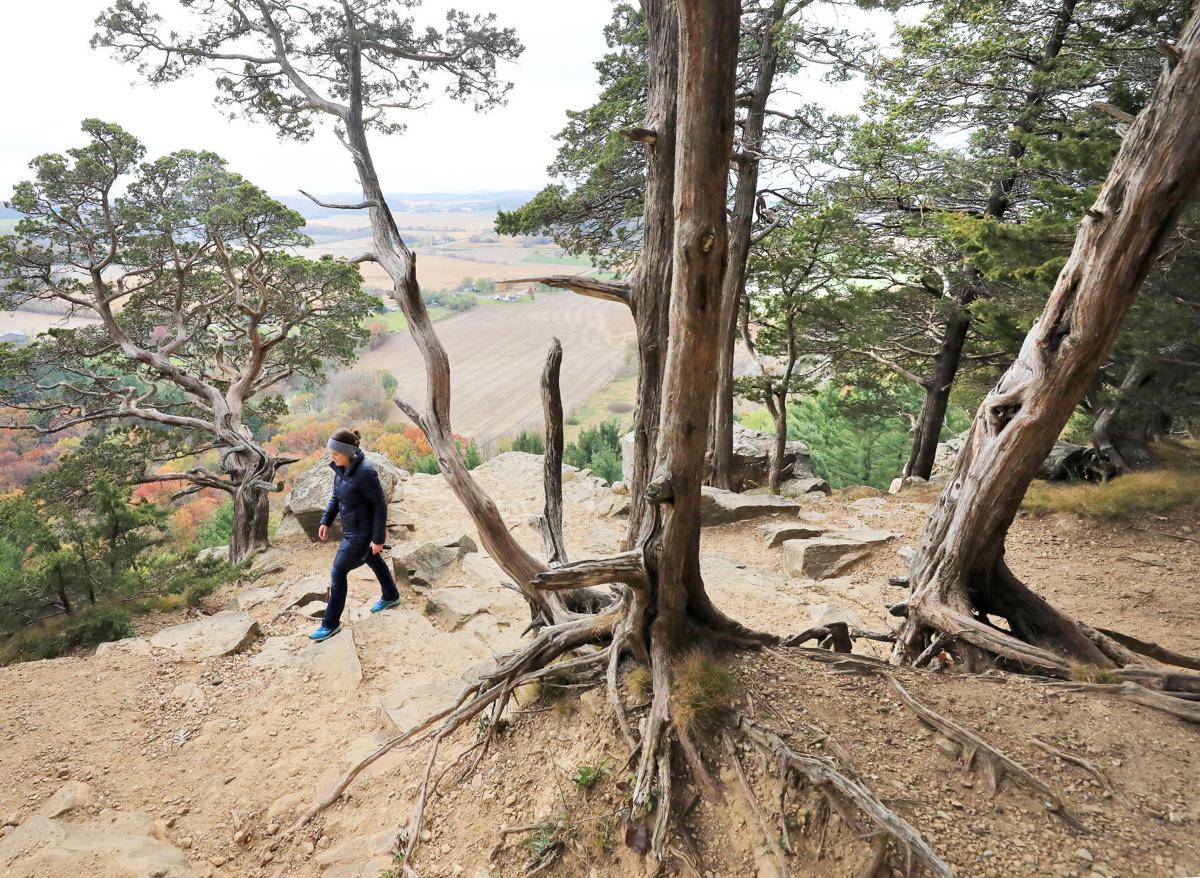 Towering red cedar trees share a bluff about 400 feet above the Wisconsin River Valley at Gibraltar Rock State Natural Area near Lodi. Scientists believe geologically diverse landscapes like this are critical to preserving life as the climate warms. 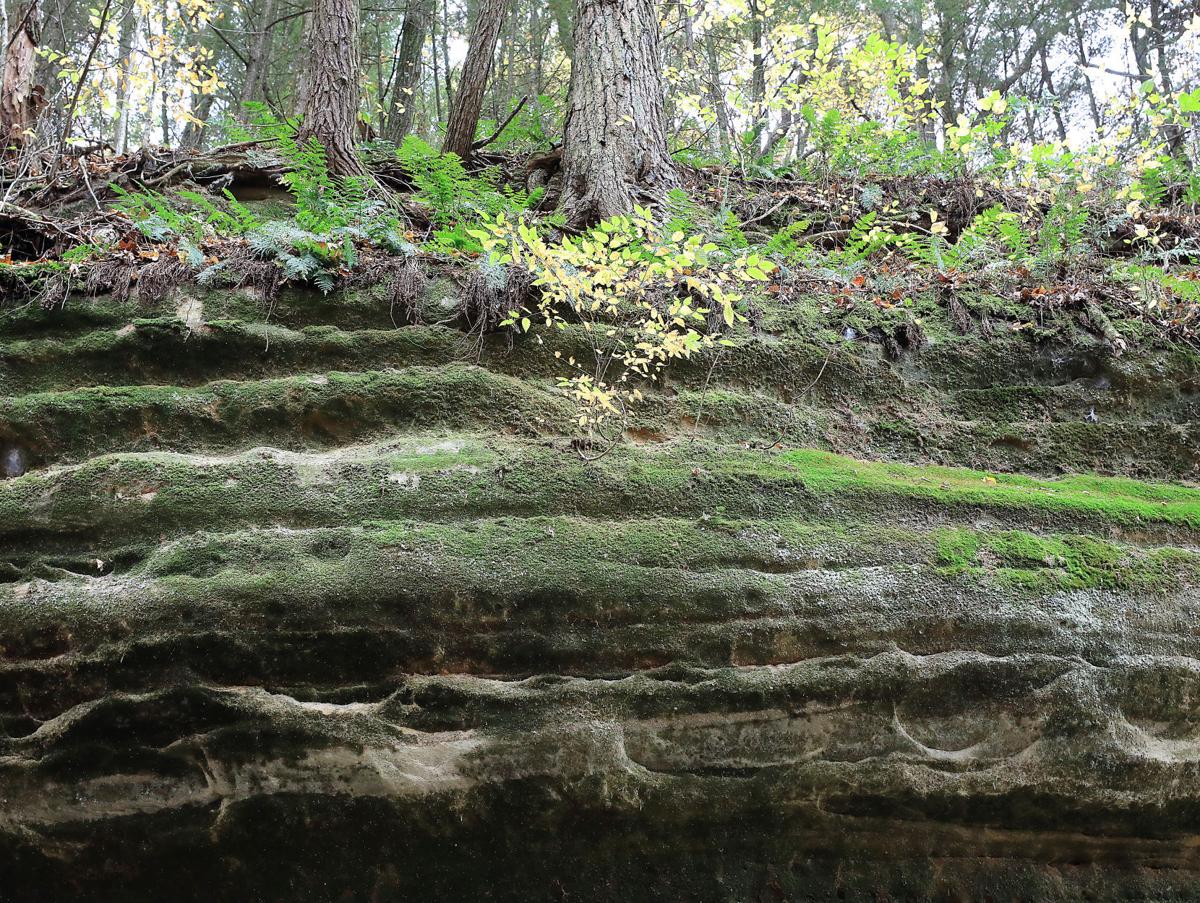 Hemlock trees hold to an outcrop in the Baraboo Hills. Relics of the last ice age, the trees have survived for more than 10,000 years in cooler microclimates like this ravine. 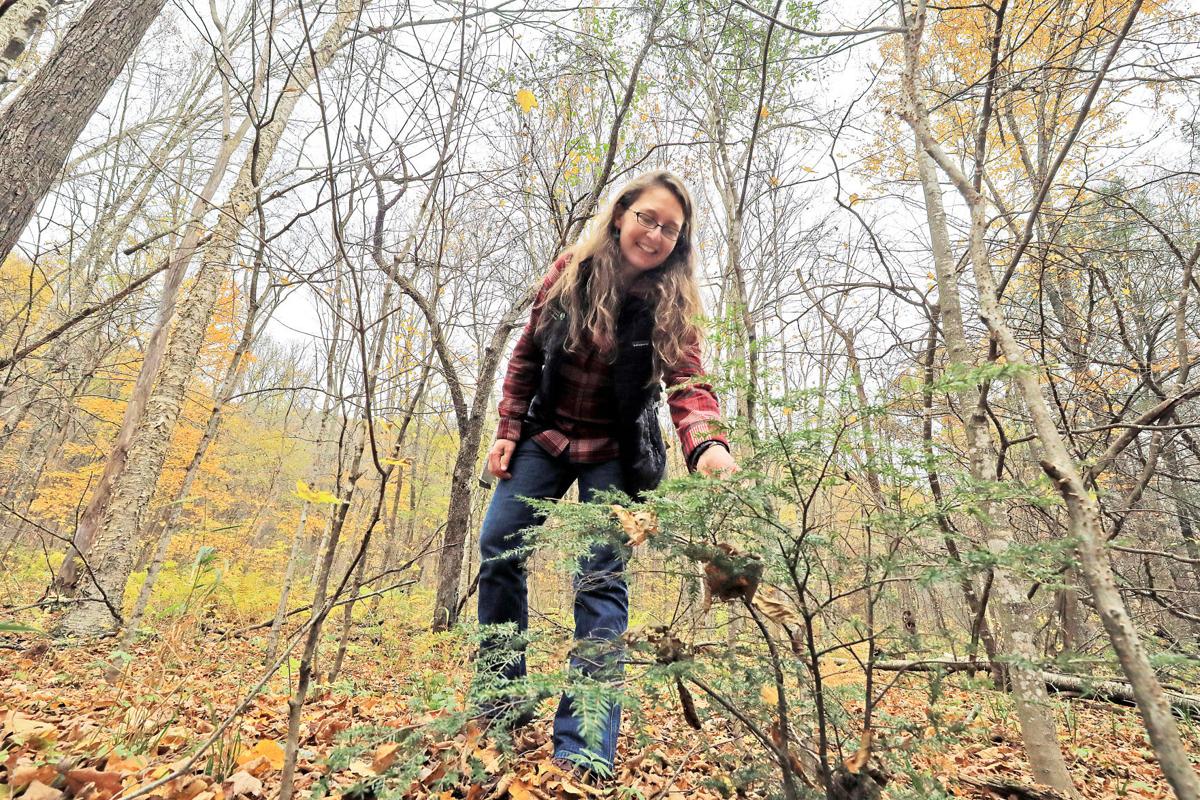 Ann Calhoun, Baraboo Hills Project Coordinator for The Nature Conservancy, views a hemlock sapling on the valley floor at Hemlock Draw State Natural Area. "Hemlock would not do well on top of the hill," Calhoun said. 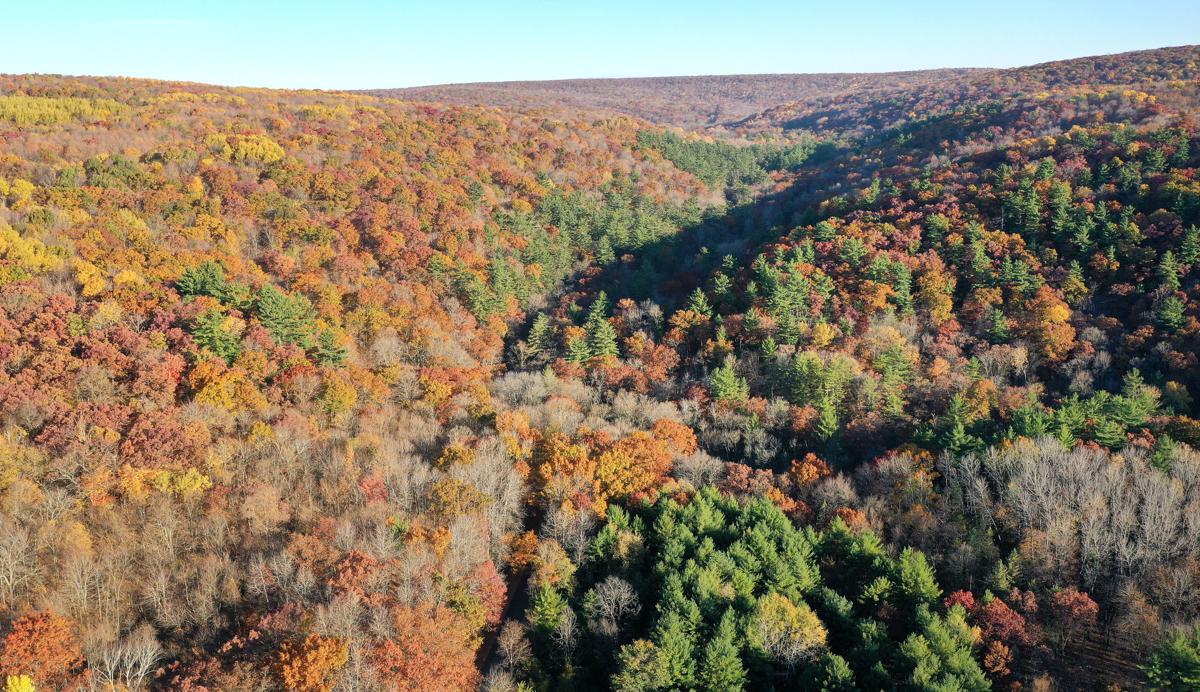 White pines in Baxter's Hollow stand out against the oak and maple forest. Gorges in the Baraboo Range support species that thrive in cooler climates and are relics of the last ice age, when a glacier covered land just a few miles to the east. 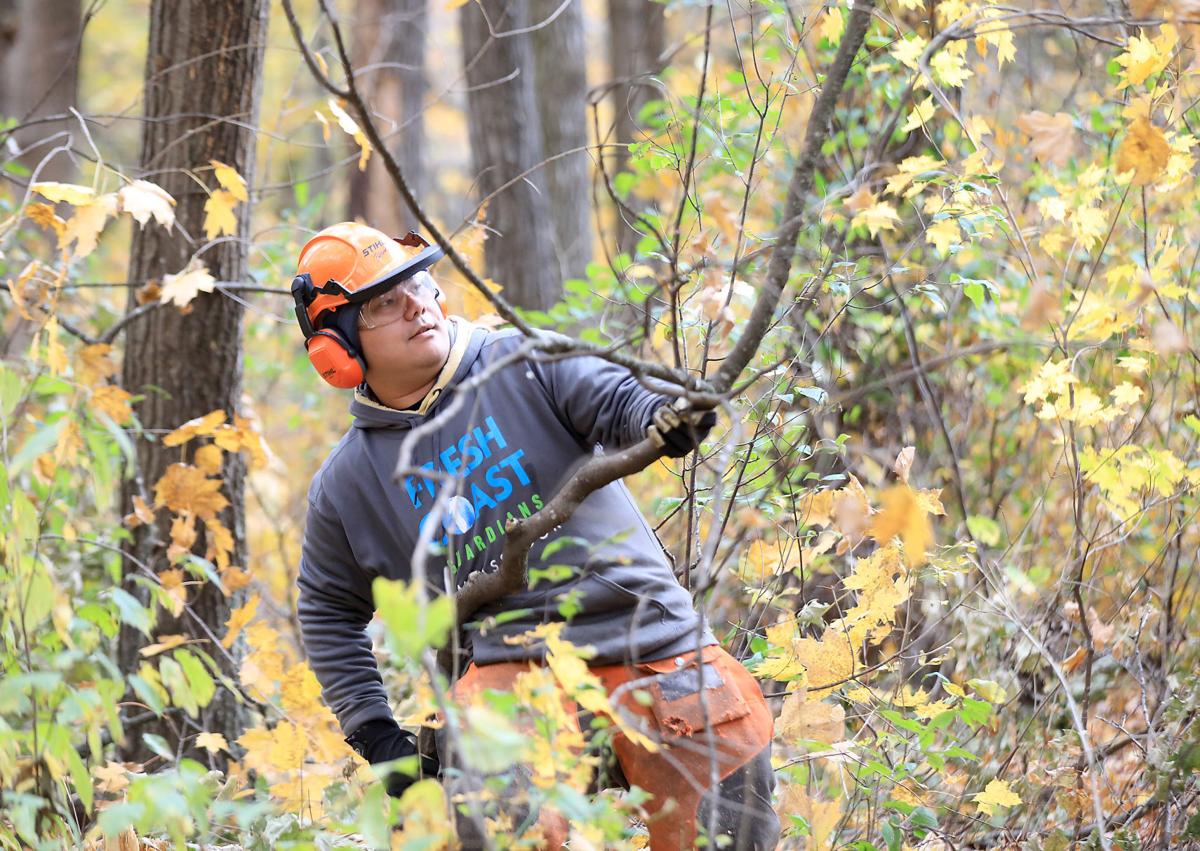 Fiethong Thao, an AmeriCorps member working for The Nature Conservancy, removes invasive vegetation beneath a stand of oak trees at Hemlock Draw State Natural Area. Oak forests traditionally depend on wildfires to keep down underbrush. 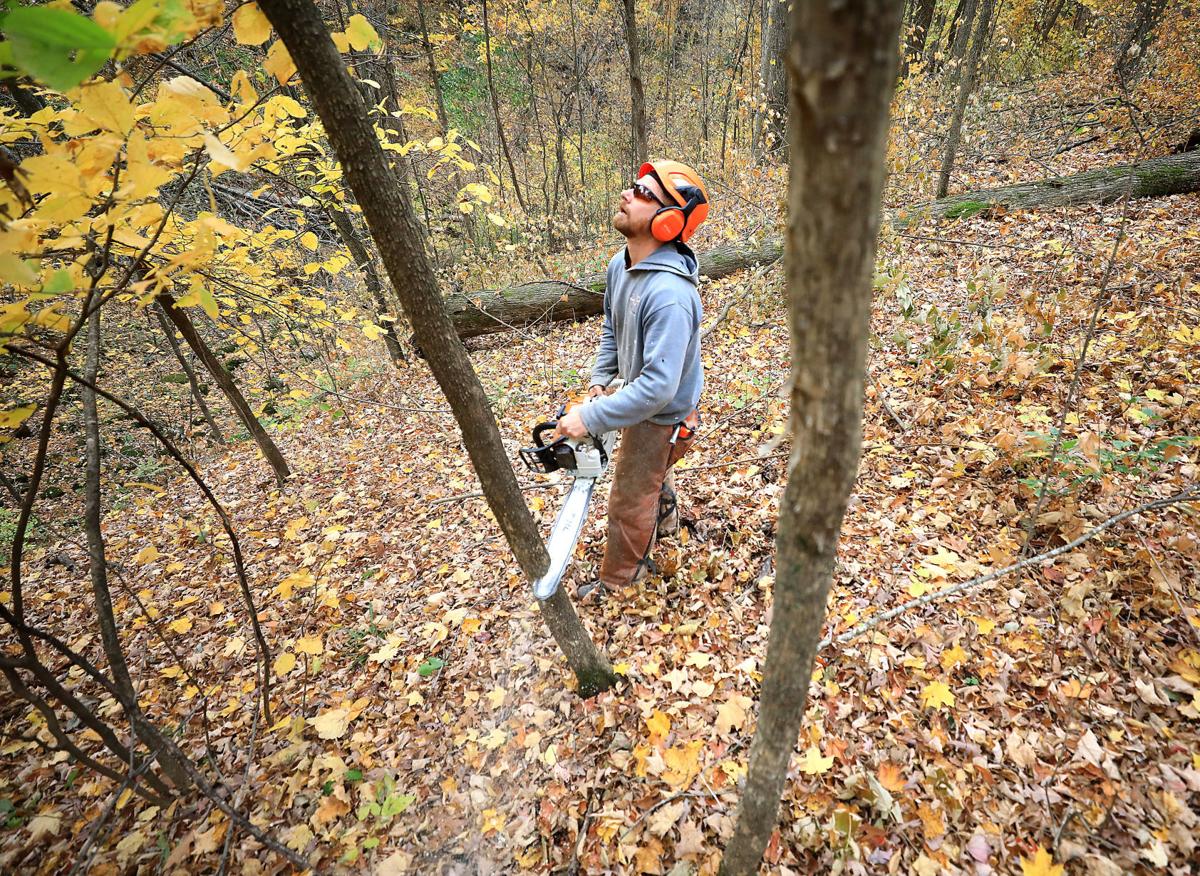 As part of an effort to promote the growth of established oak trees at Hemlock Draw State Natural Area, Caleb Klima, Baraboo Hills land steward for The Nature Conservancy, clears unwanted underbrush from the area. 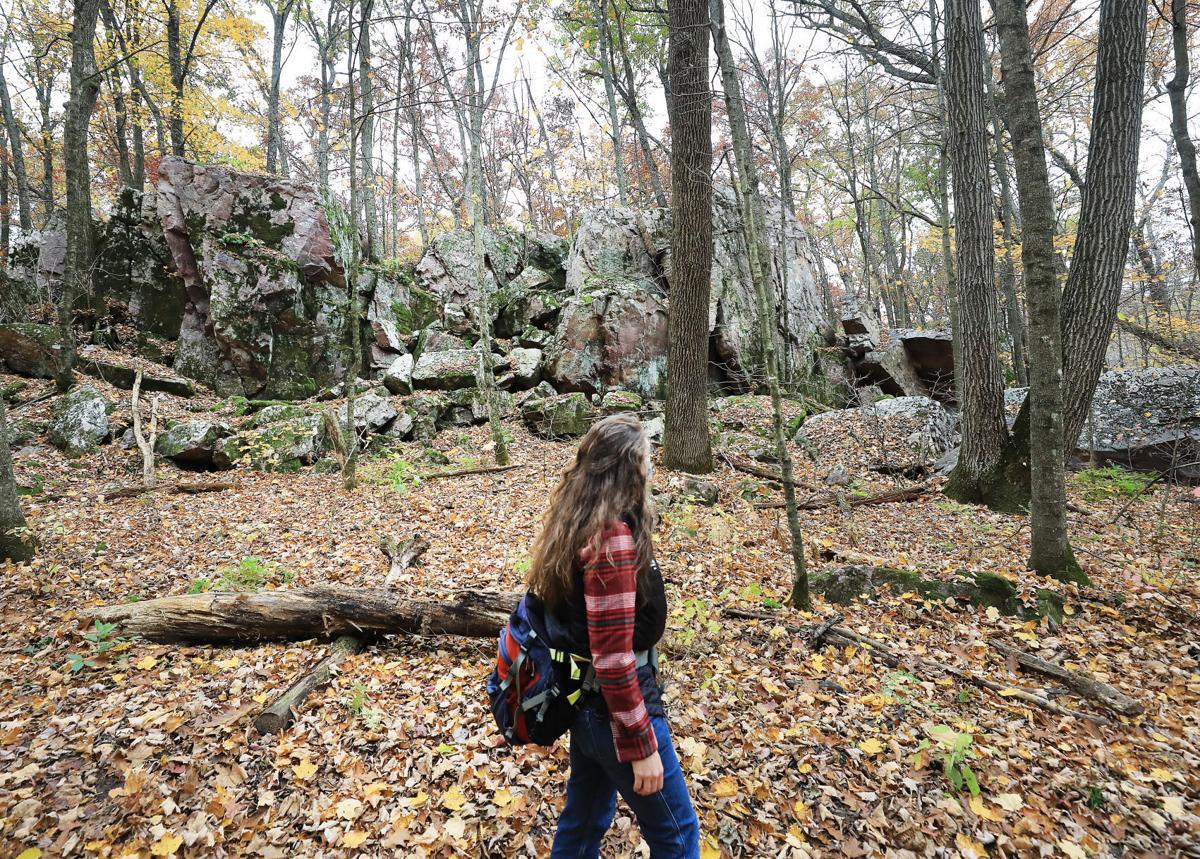 Ann Calhoun, Baraboo Hills project coordinator for The Nature Conservancy, walks past "sea stacks," quartzite outcrops that were once islands in a prehistoric ocean at Hemlock Draw State Natural Area. 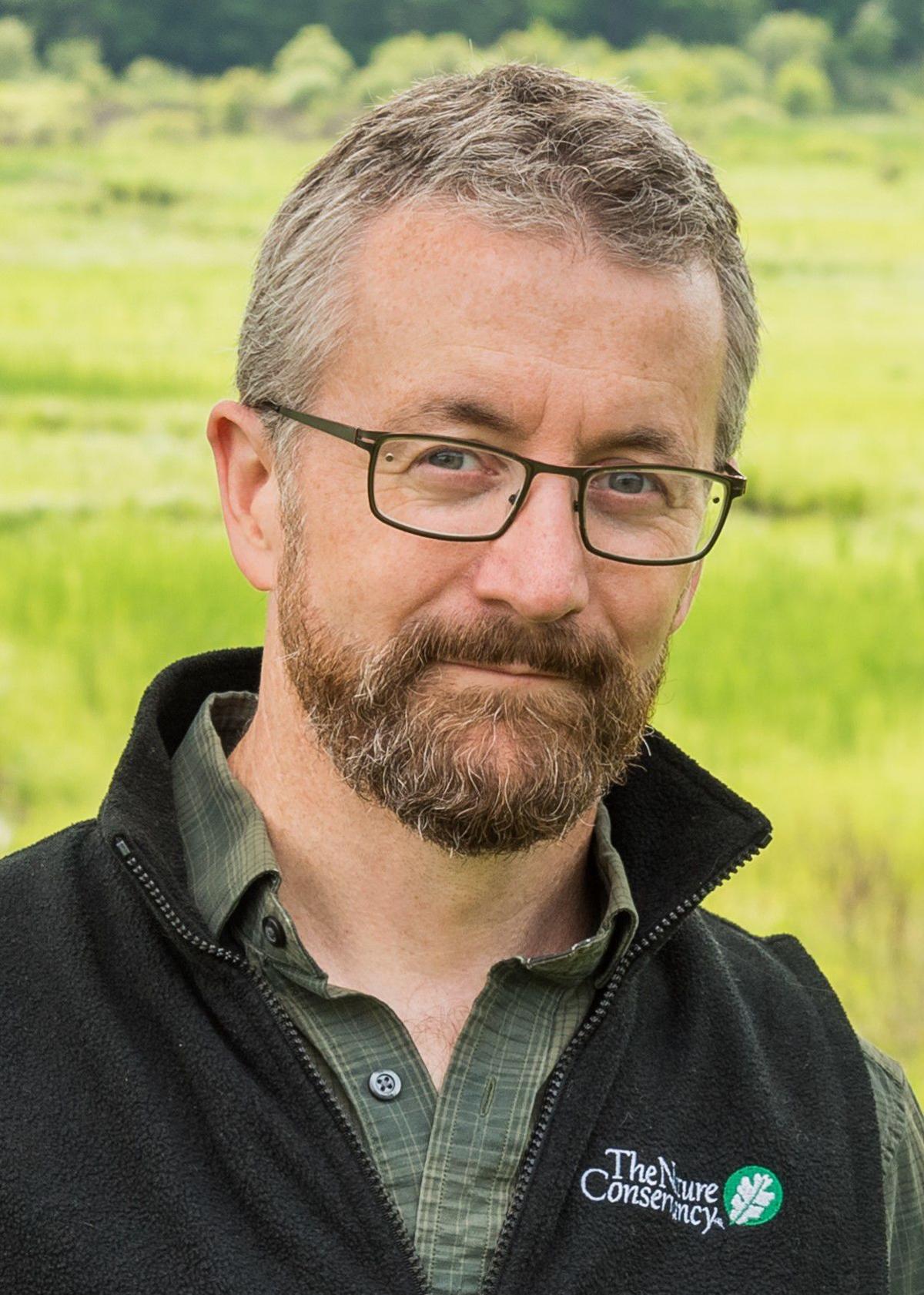 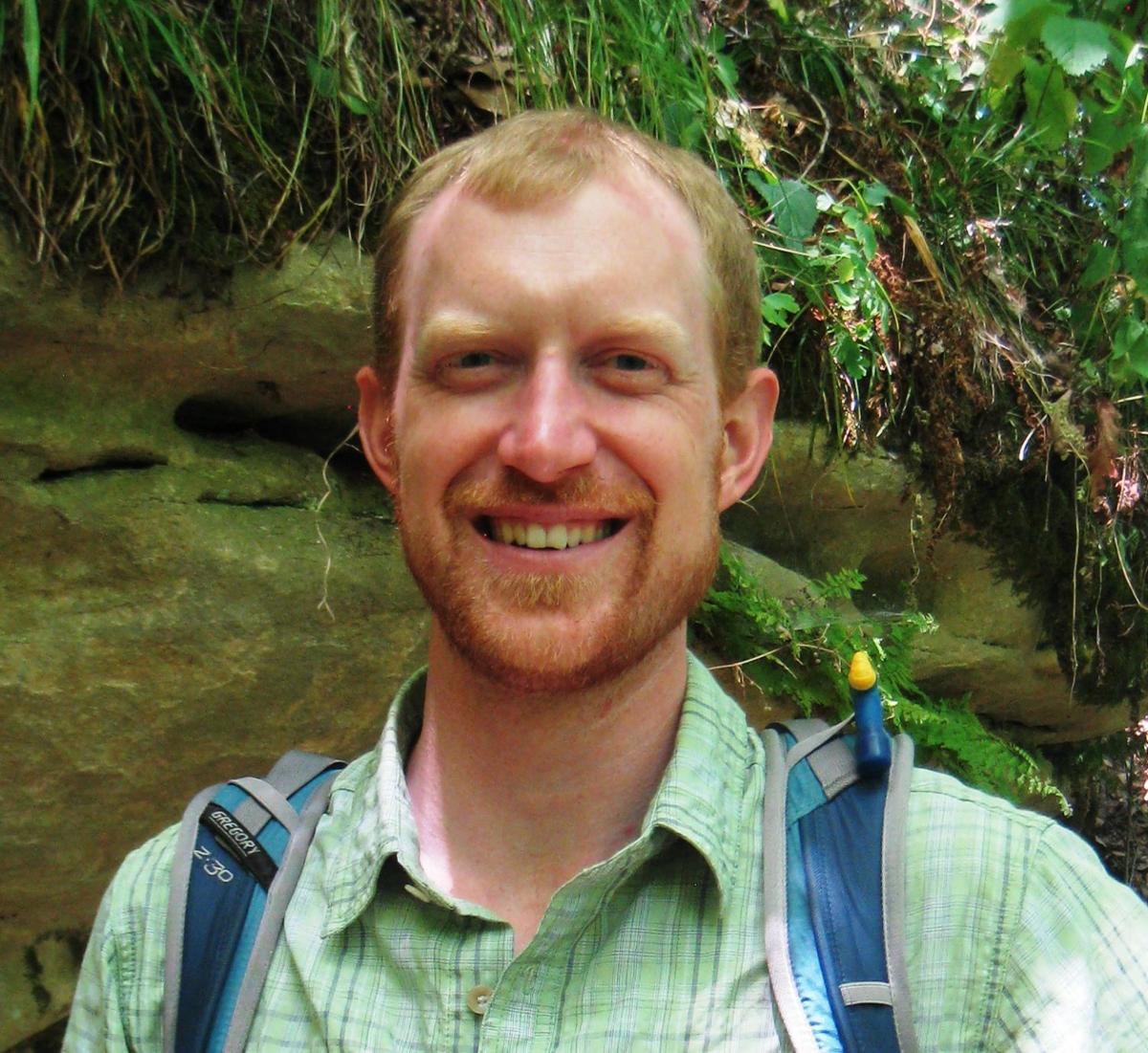