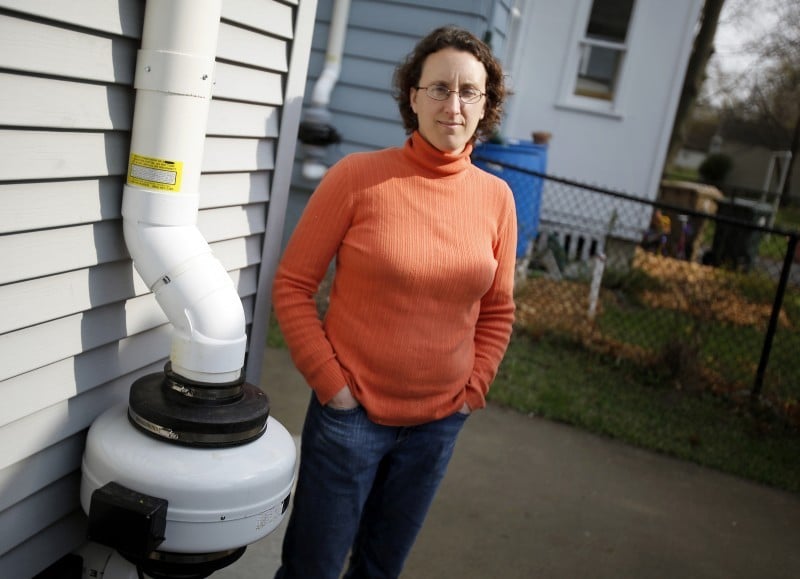 Deanna Schneider’s house next to Madison-Kipp Corp. now has an air-blower system intended to keep any contaminated soil vapors from getting into her house. The system is expected to be part of the house long term. 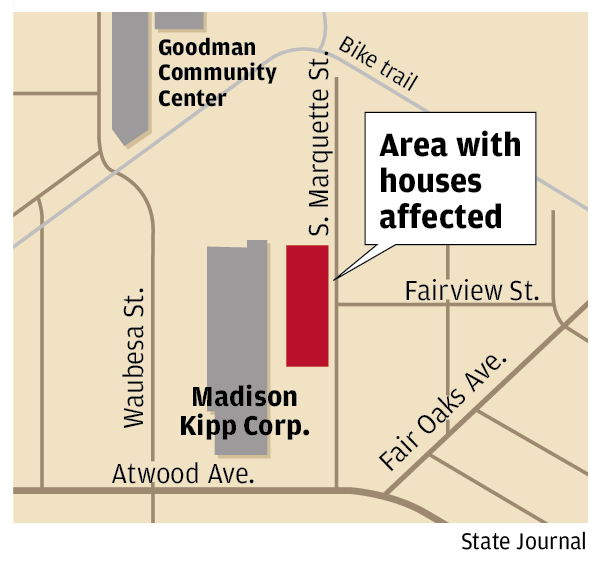 Three houses near Madison-Kipp Corp. on the city’s East Side have had air-blower systems installed as a precaution after recent testing found “slightly” elevated levels of contaminated vapors in soil under the homes’ basements, according to the state Department of Natural Resources.

Four more houses on the same street are being either tested or equipped with the systems, also as a precaution, said Mike Schmoller, a DNR hydrogeologist and project manager for the site.

The air-blower systems are intended to keep any vapors that might one day rise from the soil out of the homes, Schmoller said. The affected homes are on the 100 block of South Marquette Street.

Testing at the three homes found “very small concentrations” of soil vapors underneath them related to the use years ago at the factory of the chemical solvent tetrachlorethylene, Schmoller said. Madison-Kipp manufactures machine components for clients such as automakers.

At high concentrations, the solvent can cause neurological, kidney and liver problems, according to the U.S. Environmental Protection Agency, which is assessing its potential to cause cancer. “At this point, we’re dealing just with a potential concern,” Schmoller said.

Madison-Kipp stopped using the chemical solvent “at least 25 years ago,” said Mark Meunier, the company’s vice president of human resources. The company is cooperating fully and paying testing and installation costs, he said.

The problem likely stems from a spill on the company’s property decades ago, said John Hausbeck, environmental health services supervisor for Public Health Madison and Dane County. Some of the solvent probably made its way into shallow groundwater, turned to vapor and traveled through gaps in the soil, he said.

Testing was done underneath three houses. Two more houses — one on each side of the row of three — are having air-blower systems put in without testing as a precaution, Meunier said. Two other houses will have soils in their backyards tested for vapors, he said.

Deanna Schneider, who owns one of the three houses tested, said she and her neighbors love where they live but worry about possible health problems and the future resale value of their homes. “We’re all torn,” she said. She called the air-blower system “a necessary evil” and said she’d like to see Madison-Kipp do more aggressive testing of backyard soils.

Eric Fuller, who lives next to Schneider, said that the test results were unsettling but that it was hard to know how worried to be about potential health risks. “I’m glad they’re doing something, as opposed to ignoring it,” he said.

Wells to test water near Kipp

Two monitoring wells are scheduled to be drilled on city property near Madison-Kipp Corp. to make sure contaminants have not traveled outward from the East Side factory through shallow groundwater.

Neighbors of the contaminated Madison-Kipp property learned Saturday of the company's cleanup proposal but questioned whether it was comprehensive enough to ensure it is safe to live there.

How neighbors' frustration with Madison-Kipp erupted into major lawsuit

Many Madison-Kipp Corp. neighbors say they don't mind the east side factory's noise, but they are suing over chemical vapors recently discovered under their homes.

Deanna Schneider’s house next to Madison-Kipp Corp. now has an air-blower system intended to keep any contaminated soil vapors from getting into her house. The system is expected to be part of the house long term.