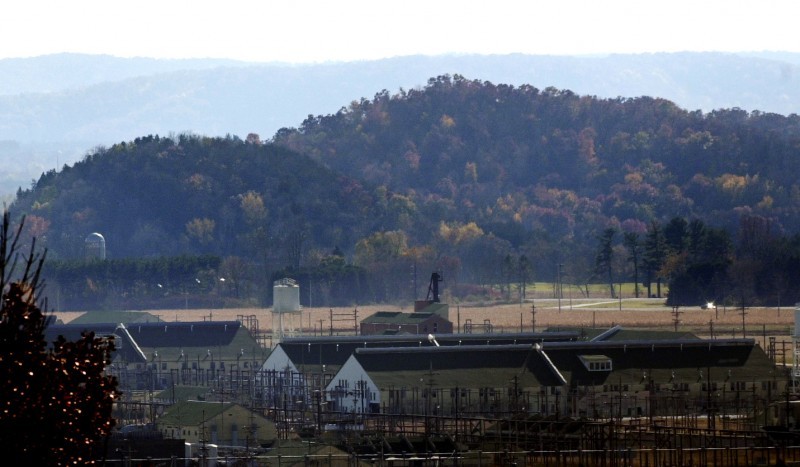 Baraboo Hills, as seen from the Badger Army Ammunition Plant. 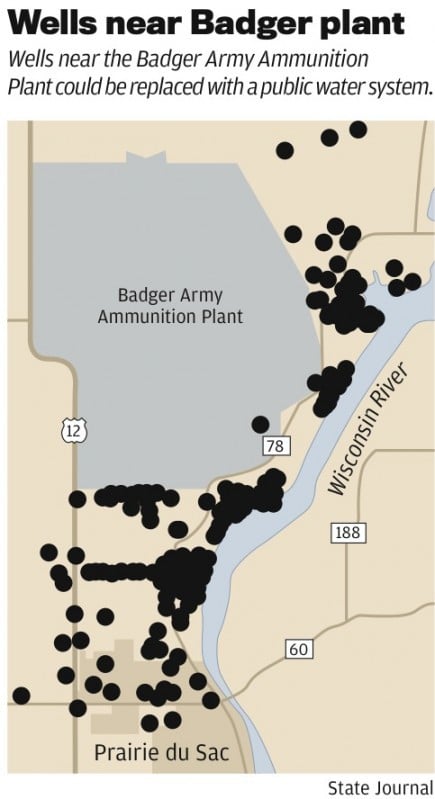 MERRIMAC — The U.S. Army wants to create a public water system to replace individual wells as a way to ensure clean water for residents who live near the abandoned Badger Army Ammunition Plant, officials announced Wednesday.

“We believe this is the best long-term solution to make sure everybody has clean water,” said Joan Kenney, installation director at the plant. “We believe a municipal system provides that peace of mind that the residents are looking for.”

Formal proposals to the towns of Sumpter, Prairie du Sac and Merrimac, portions of which could be part of the district, and the state Department of Natural Resources, will be made later this year.

The proposal calls for connecting water lines to each individual home and as many as 300 homes could be affected, Kenney said.

Officials say an estimated cost for the project is not yet known, however, the cost to residents would be comparable to that of other area water districts. Long-term, a water district would be “less expensive than maintaining a private well,” Kenney said.

“We’re not sure of the cost because we have to define the route, the district boundaries and the area to be served,” she said, however, a $20 million project is not out of the realm of possibility.

Instances of contaminated groundwater due to chemicals dumped at the weapons complex from 1942 to 1975 have worried area residents for years. The U.S. Army monitors more than 150 home wells quarterly, in addition to other wells that are tested annually or every three years depending on the well’s proximity to the plant.

In the last year, the DNR has told the Army it will have to monitor these wells “in perpetuity,” Kenney said. A municipal water district would be a better solution, she said.

Laura Olah, executive director of Citizens for Safe Water Around Badger, said the organization will support a municipal water system if that’s what residents want.

However, “the overarching problem and challenge that faces our community is environmental cleanup,” she stressed.

Kenney said the Army could have the public water system up and running in three years, depending on how quickly approvals are achieved. The Army would operate the district for the first year before turning it over to the municipal district.

Town officials have asked that the state Department of Natural Resources hold a hearing to provide residents with details of a proposed landfill expansion at the Badger Army Ammunition Plant.

Citizens for Safe Water Around Badger

Baraboo Hills, as seen from the Badger Army Ammunition Plant.