UW-Madison’s School of Veterinary Medicine and its adjoining hospital is poised to expand the amount of working space for students and staff by about 50 percent as part of a $128.1 million project.

Construction is at least two years away, but those at the 35-year-old school are focused on clearing a major hurdle next spring: keeping the project from being pushed off to a later budget cycle by the state Legislature. That would have a significant impact on students’ learning and hospital operations, officials said.

The University of Wisconsin System’s 2019-21 capital budget request, which includes 20 projects among the state’s public universities, tops $1 billion for the first time in the System’s history. The unprecedented ask is needed to “catch us up” from a lack of state funding over the past four years, System officials told the UW Board of Regents in August.

The renovation of the 249,000-square-foot Veterinary Medicine facility and construction of a 139,000-square-foot addition would be funded with two sources of money: $38 million in fundraising, of which the school has raised $24 million so far, and $88.7 million in state-funded borrowing that the Legislature must approve in the 2019-21 budget.

Raising the uncertainty of the project’s future is the Nov. 6 election in which many lawmakers’ seats and the governor’s post are up for grabs. Whoever wins the gubernatorial election will propose a budget to kick-start the legislative debate in early 2019.

Several legislators have taken a tour of the facility, School of Veterinary Medicine Dean Mark Markel said. Both Gov. Scott Walker and his Democratic challenger, Tony Evers, have been invited to do the same, and aides from both teams have been communicating with school representatives on scheduling a tour, though neither has done so yet, he said.

Aides to both the Walker and Evers campaigns did not return a request for comment Monday.

A tour of the UW Veterinary Hospital shows residents, students and faculty doing their rounds in crowded hallways.

Stefanie Newhouse, a 24-year-old fourth-year student at the school, said there are few meeting spaces to sit down and discuss a case with doctors.

The emergency room is also cramped.

“We need five to 10 times this amount of space,” Markel said, gesturing to the two small intake rooms that constitute the hospital’s ER.

While project designs are still being finalized, school officials anticipate doubling the number of exam rooms available, adding meeting rooms and moving the ER into its own wing.

“We just barely squeeze into this space,” Markel said of the school’s spay and neuter lab, one of several small-animal areas slated to move to the new space.

The addition will free up space in the existing building for the MRI machine that has been housed in a trailer next to the building for the past 15 years. Transporting animals to and from the unit, especially in the winter, is a cumbersome process that can take up to 45 minutes.

The waiting list to see specialty doctors has expanded as the hospital’s client base has grown. For example, there is about a five-month wait for an animal to see the veterinary dentist, Markel said.

The teaching hospital was built to accommodate about 12,000 patient visits each year, but in the most recent fiscal year, the school recorded 26,800 visits, according to school numbers.

“Obviously, this is not optimal,” Markel said of the gurneys and medical machines lining the hallways.

The school has reconfigured spaces as much as possible, remodeling janitor closets and locker rooms to “take advantage of every nook and cranny,” Markel said.

School officials are working with the university’s Office of Strategic Consulting to find the most efficient layout within the existing hospital. As recently as last winter, the cancer care unit was moved.

The hospital isn’t the only part of the school affected by the lack of space.

Grants are at risk, officials say, because researchers don’t have room to work on critical projects. That’s a problem because the school conducts about three-fourths of UW-Madison’s infectious disease research. In recent years, faculty have developed vaccines for Ebola and Zika that are in various research stages.

The addition will triple the amount of research space.

While the project was just added to the UW System’s list in August, Markel has pushed to get the project on UW-Madison’s projects list for a while.

The school’s history was mired in setbacks from state lawmakers.

In 1947, the UW Board of Regents passed a resolution to establish a school of veterinary medicine on UW-Madison’s campus when enough money was available, according to the school’s synopsis of its history. “Proposals rode the roller coaster of politics for decades,” until 32 years later when the Legislature established the school in 1979. It opened for classes in 1983.

School officials are more optimistic this time around. The Board of Regents ranked the project 10th in priority.

“(The addition) is going to be so liberating for everyone — the pets, the owners, the people treating them — to do what they’ve been doing so well all these years,” said Woodstock, Illinois, resident Jayne Spittler, who has been a UW Veterinary Care client since 2011. “It’s so needed.”

A project to build a 600-stall parking garage on the west end of UW-Madison’s campus will be introduced to the City Council Tuesday.

The initiative features a new UW-Madison institute and a shared laboratory space in University Research Park.

Despite hundreds of complaints, owners of loud dogs hardly ever ticketed by Madison police

Despite more than 900 complaints about "animal disturbances" in Madison in 2016 and 2017, only 10 tickets were issued.

The Fitchburg company says it will be the first of several wound treatment products in the pipeline.

A bacteria found in butterflies and bees can help prevent the spread of Zika virus, suggesting that mosquitoes could be infected with the bact…

The police department said in a tweet Monday night that there is no indication of an actual threat on campus.

Selig, who founded the Milwaukee Brewers in 1970, graduated from the university in 1956. 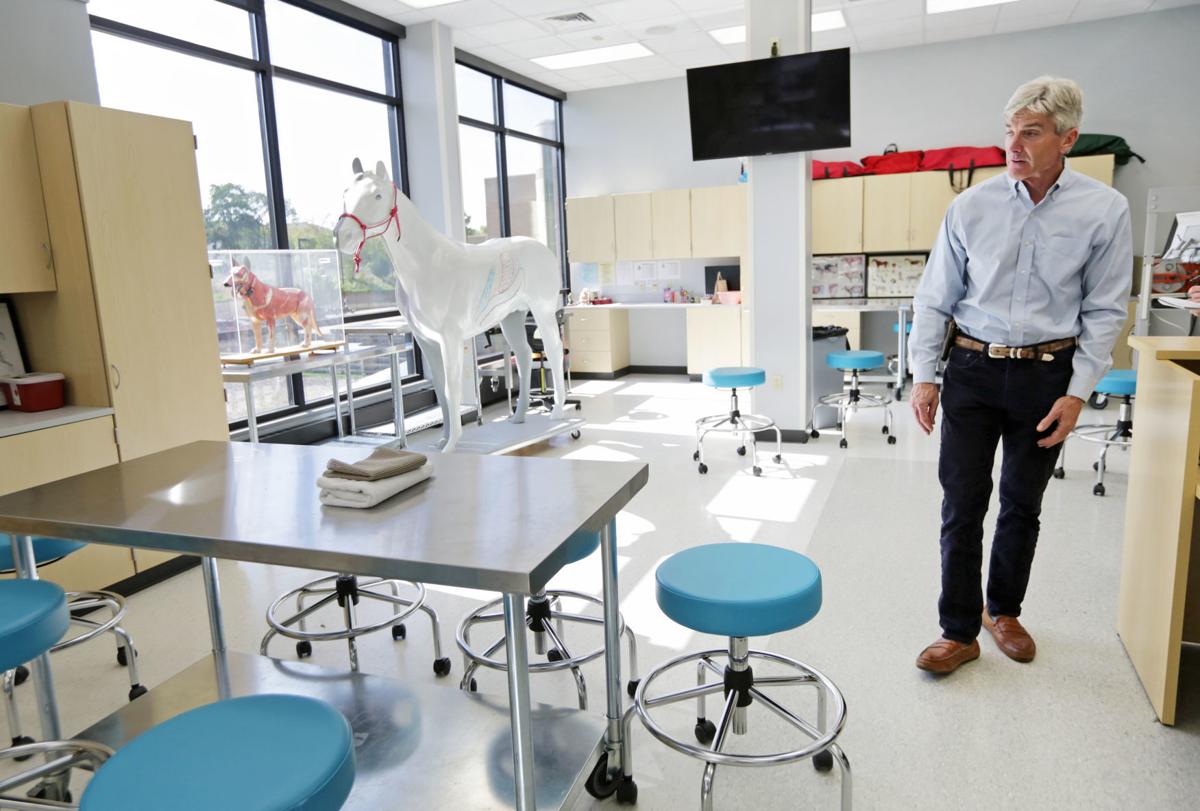 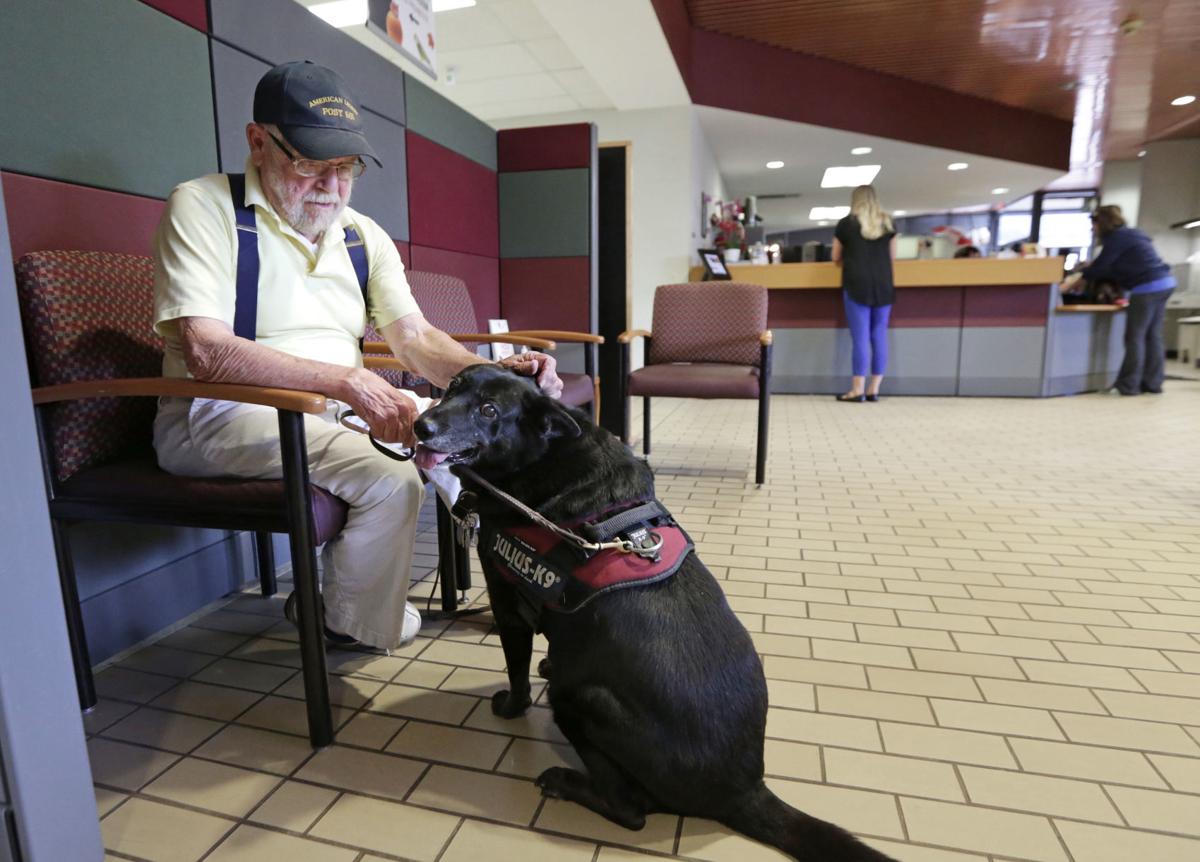 Gene Sheets, of Madison, sits in the waiting area at UW Veterinary Care with his 13-year-old dog, Lizzie, before an appointment. The small waiting room would be enlarged under an expansion plan. 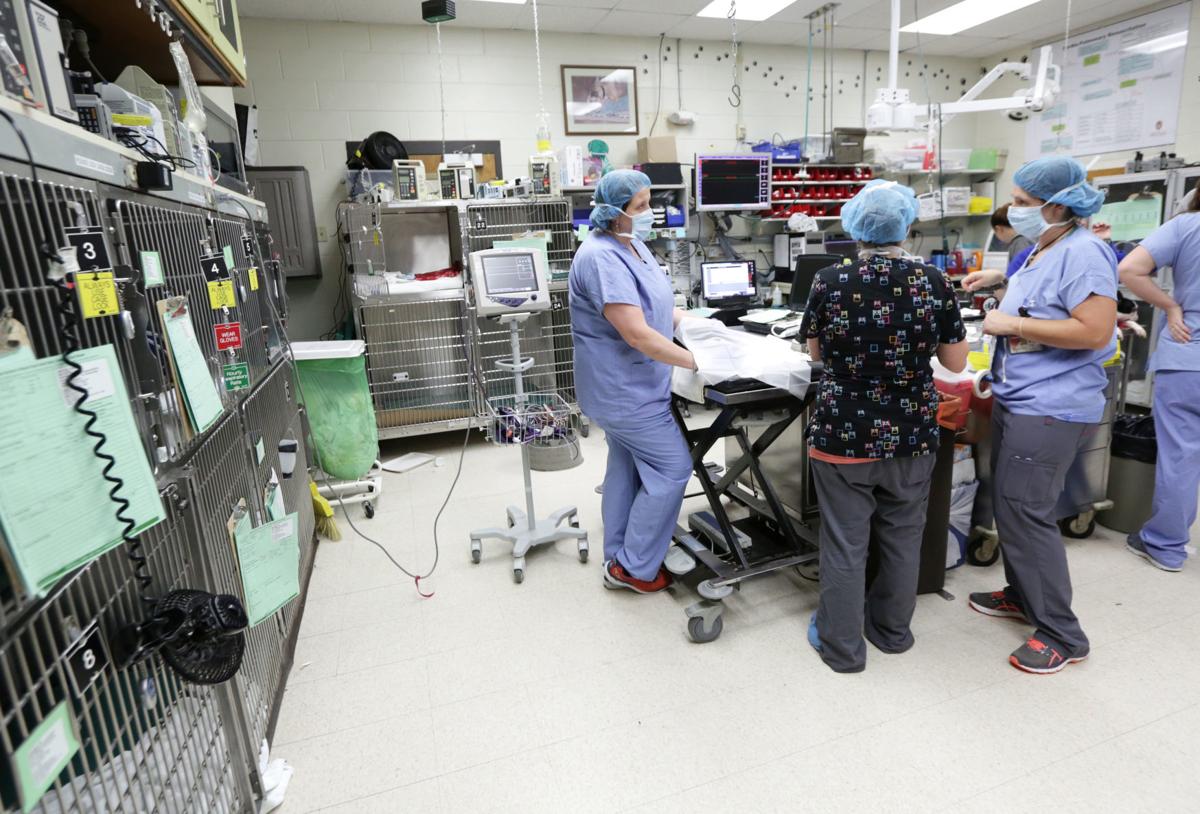 Certified veterinary technicians place a central line in a cat in the critical care unit of UW Veterinary Care's emergency room. The teaching hospital is connected to UW-Madison's School of Veterinary Medicine. 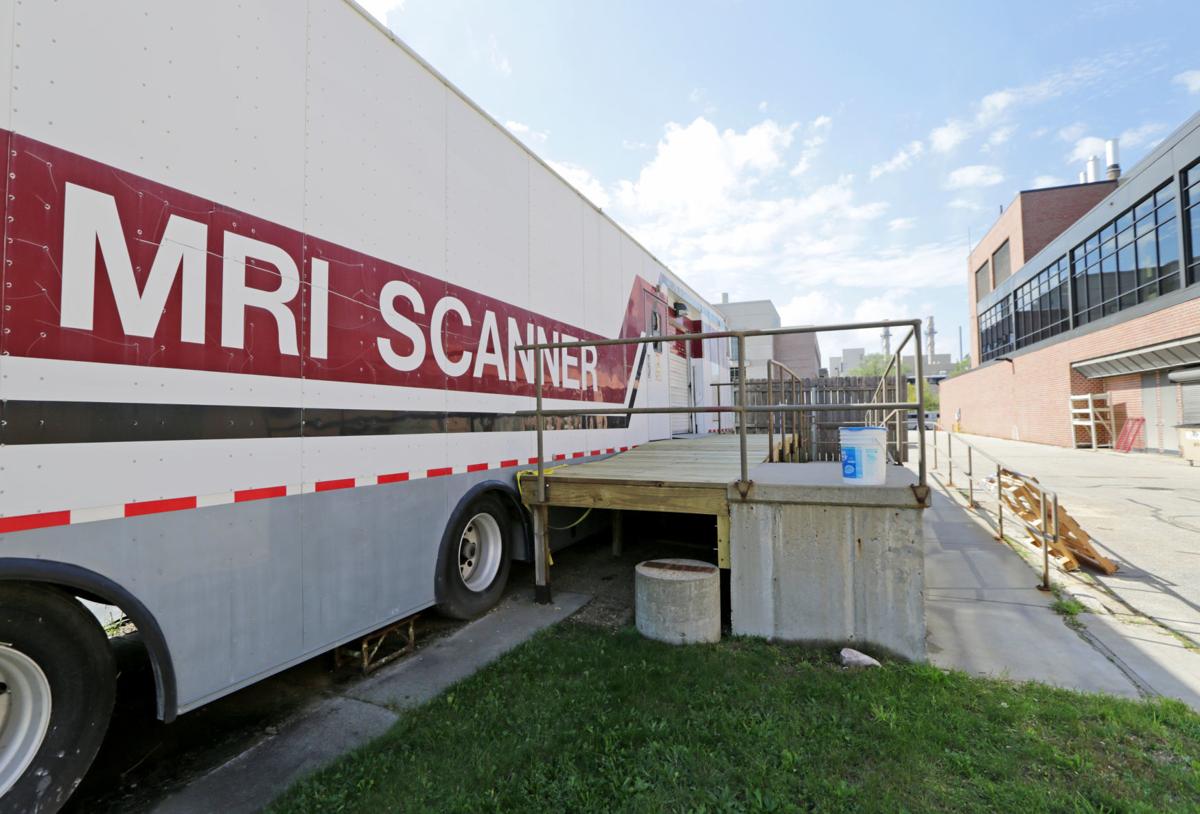 Animals who need MRIs have for the past 15 years been taken outside of UW-Madison's School of Veterinary Medicine to an adjacent trailer. An addition would move the MRI scanner back indoors. 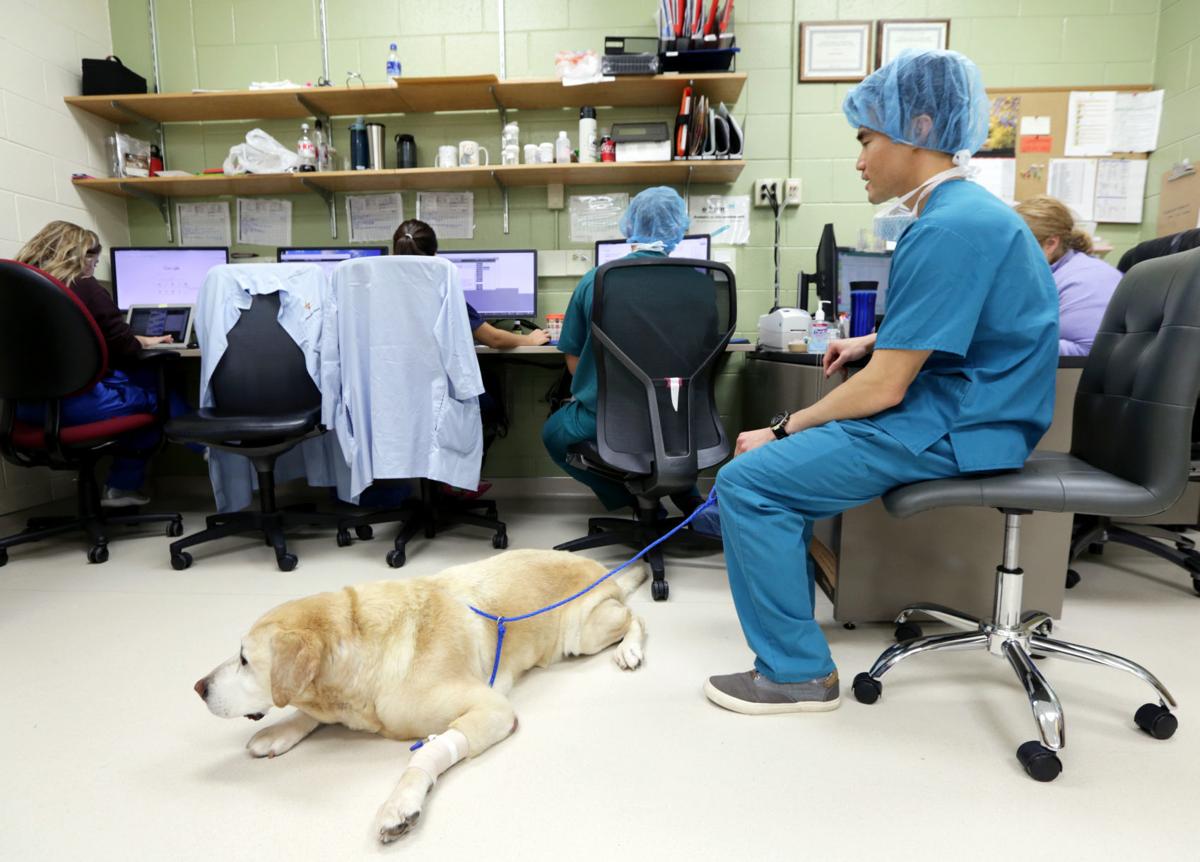 Daniel Chia, a fourth-year veterinary student, sits with Jake, a 12-year-old Labrador who had a procedure in the surgery ward at UW Veterinary Care in early October. 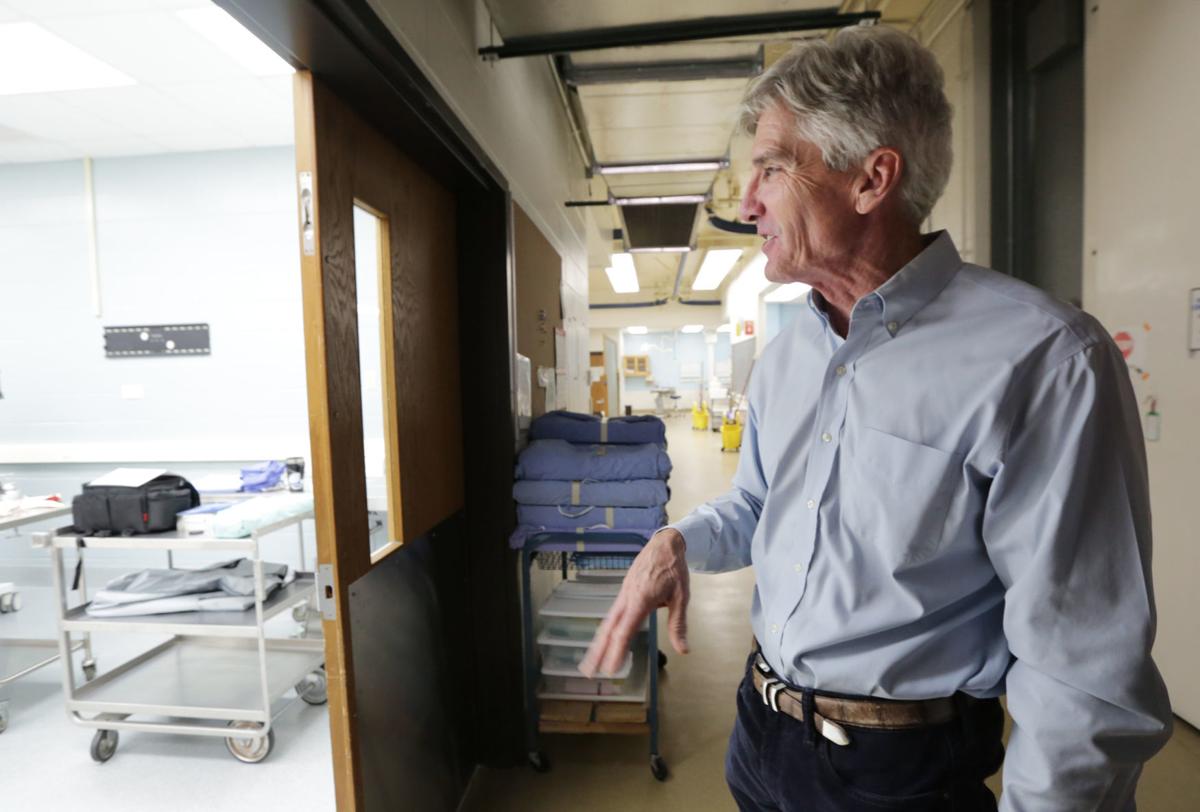 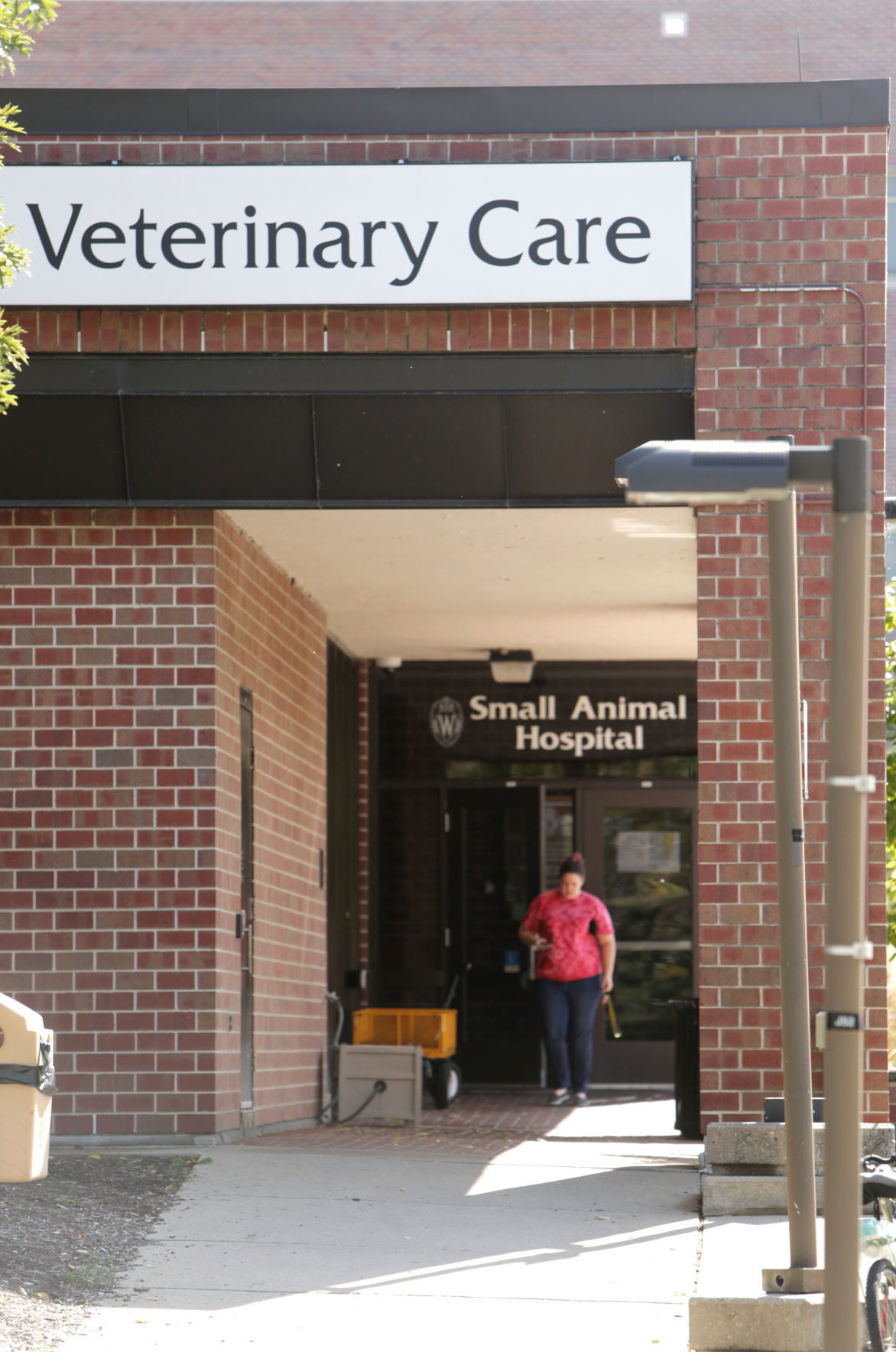 The entrance to UW Veterinary Care, a teaching hospital operated through UW-Madison's School of Veterinary Medicine.