UW-Stevens Point has received an “unsatisfactory” audit of its bank account management and oversight practices, according to a report presented to the audit committee of the University of Wisconsin System Board of Regents this month.

The rating means problems identified either “have caused or could cause significant errors, omissions, fraud or other adversities to go undetected,”

The report, dated Feb. 28, came days before university officials announced a proposal to eliminate 13 majors, mostly in the liberal arts, to address a $4.5 million projected deficit over two years.

An unsatisfactory rating does not mean money is missing or fraud has occurred, but rather that some controls and procedures to catch mistakes or fraud either weren’t in place or weren’t being followed.

UW-Stevens Point officials said there is no connection between the $4.5 million budget shortfall, which is based on projected enrollment revenue, and the finance office’s failure to reconcile daily transactions each month.

Kristen Hendrickson, the school’s chief financial officer and vice chancellor for business affairs, said her office is taking the report seriously and has already corrected many of the flagged problems.

“(The audit) reads as if we didn’t do anything and that’s just not the case,” she said. “We’ve been working on this issue regularly since (it was) indicated that we had a problem.”

Among UW-Stevens Point’s problems that the UW System’s Office of Internal Audit identified: 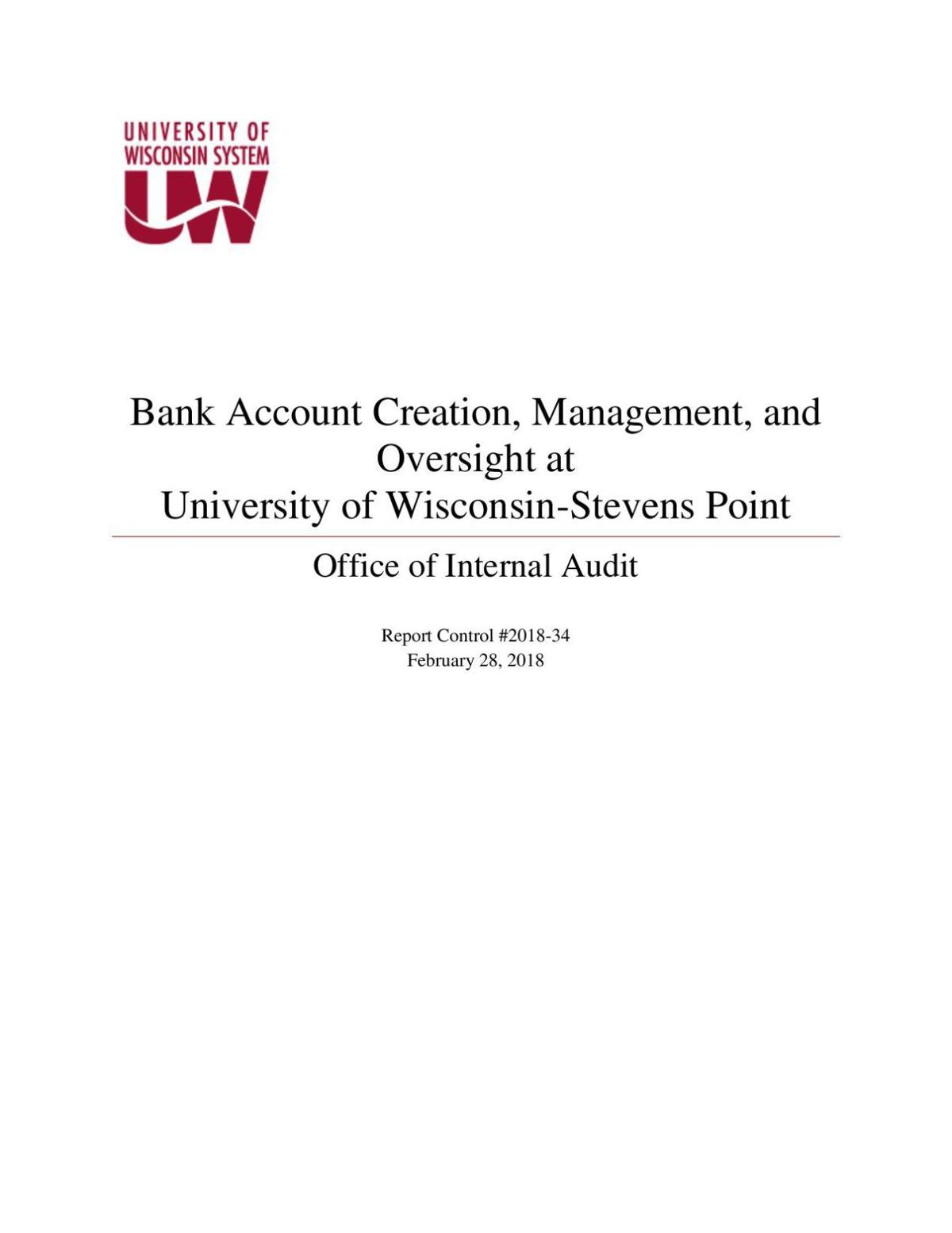 Why the general fund went unreconciled for years is unclear, Hendrickson said.

“It’s difficult to answer because we weren’t here,” said Hendrickson, who became UW-Stevens Point’s CFO about a year ago. “Clearly there was a lot of staffing changes that contributed to the issue. That’s as much as we’ve been able to determine.”

Rickert said her office is on track to reconcile the general fund account by early July and will work backward month by month to reconcile the account going back to 2012, a process she estimated could take several months.

Five of the other six accounts have been closed. The sixth has no current activity, but will follow newly established reconciliation procedures when there is activity, Hendrickson said.

Rickert and Hendrickson pointed to other internal controls in place during the period when reconciliation wasn’t occurring. These controls include cashiers reconciling cash drawers daily and credit card receipts reconciled monthly.

Regents Micheal Grebe and Janice Mueller, chairman and vice chairwoman of the audit committee, each did not return two requests for comment last week.

System spokeswoman Heather LaRoi said: “While we are disappointed with how this matter has been handled in the past, UW-Stevens Point is actively engaged in bringing its financial accounts into compliance with expected standards. UW System leadership and the Board of Regents’ Audit Committee are closely monitoring the progress being made and we expect a satisfactory resolution of the issue in the near future.”

The counter-proposal is expected to be one "that particularly preserves our existing humanities majors," according to university spokesman Nick Schultz.

STEVENS POINT — “The report of my death was an exaggeration.”

BARABOO — If one University of Wisconsin campus’ cost-cutting proposal is approved, degrees in history will be, well, history.

A UW-Stevens Point plan to transform its academic offerings — axing liberal arts degrees while adding them in science, engineering, business a…