UW-Stevens Point Chancellor Bernie Patterson proposed Monday to reorganize his institution into a “new kind of regional university,” one that pushes high-demand career paths and eliminates six liberal arts majors in what would be the university’s largest shakeup since expanding in the 1970s.

The long-awaited report bluntly states: “In an era of fiscal constraints, UW-Stevens Point can no longer be all things to all people.”

“The whole idea here is to make those courses more meaningful, to make them more impactful and to make them related to the major,” Patterson said in an interview with the Wisconsin State Journal. “That’s what’s really unique in the path we’ve charted here at UW-Stevens Point.” 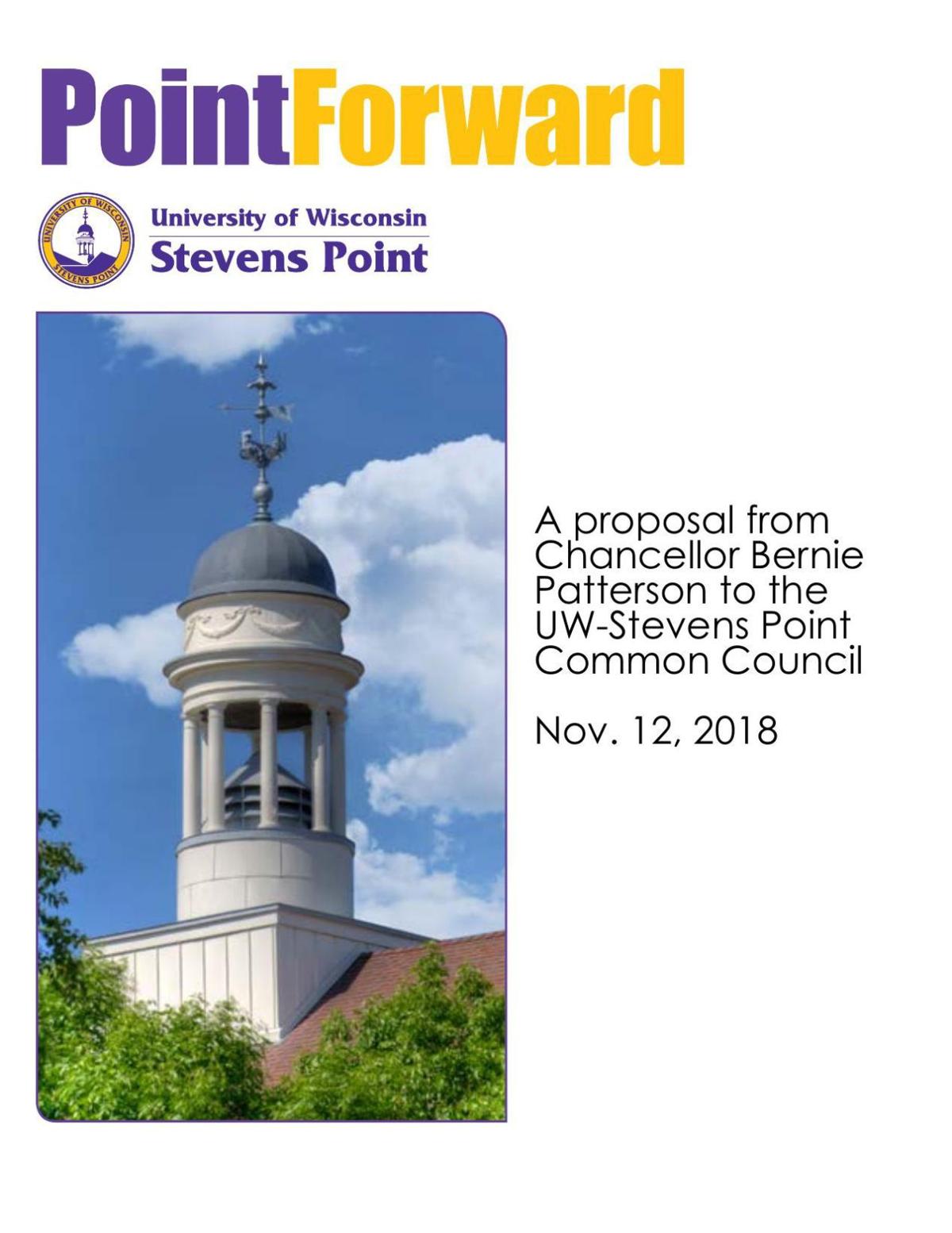 The “Point Forward” proposal, first reported by the Milwaukee Journal Sentinel, gets at the heart of a fundamental question facing higher education as affordability concerns mount: What is the value of a college degree in the humanities worth?

Over the past five years, the history major experienced a 48 percent decrease in major declarations, from 146 students in 2013 to 76 last year.

Students currently enrolled in a major that will be eliminated can complete their degrees.

The report says the university expects cost savings related to the retirement or resignation of some faculty will allow it to save seven other majors that had been on the chopping block: American studies, English, music literature, philosophy, political science, sociology and Spanish.

The university’s number of declared majors has decreased 24 percent in the past five years because of an overall decline in student enrollment.

The report does not cite how much in cost savings the proposal would bring.

“It’s still very early in the process,” Patterson said. “This is just a framework. This is not a budget plan.”

Patterson said the $4.5 million budget shortfall cited last spring is now a $7.9 million ongoing structural deficit because of another enrollment decline this fall, from 8,208 students in 2017-18 to 7,725 enrolled this academic year.

Over the past several years, UW-Stevens Point cut about $10 million from its budget, which Patterson points to as evidence that the university has explored all other cost-savings options.

“We’ve already turned over every rock we can for those savings,” he said. “This is not where we’ve started. This is where we’ve come to.”

“Central and northern Wisconsin need more people with a stronger foundation in the liberal arts than ever before,” it said.

Courses in each of the six majors will still be taught at UW-Stevens Point as part of the general education program, as required classes in other majors, and through new interdisciplinary majors.

Patterson proposes creating an “Institute for the Wisconsin Idea” that will house faculty members in humanities disciplines to create a curriculum to complement the career-minded majors. The proposal also includes a new Center for Critical Thinking to provide the same training through outreach to local high schools, employers, nonprofits and other community partners.

Patterson confirmed UW-Stevens Point would be the first UW campus to lay off tenured faculty in recent years without the university’s declaration of a financial emergency, should the plan be approved.

He estimated between eight and 10 faculty face layoffs, though the numbers could fluctuate.

History, the largest of the six majors to be discontinued, has 14 faculty members, and the report notes an anticipated loss of at least four positions.

Policy dictates that faculty members themselves set the criteria to determine who is laid off, Patterson said.

Democratic state Rep. Katrina Shankland, whose district includes Stevens Point, raised concerns about cost savings associated with the plan. She also questioned how the plan affects the Wisconsin Idea, the long-held belief that the state’s higher education system goes beyond the classroom and benefits communities throughout the state.

UW-Stevens Point’s experiment could be replicated at some of the smaller UW campuses facing similar fiscal challenges, though UW System President Ray Cross didn’t weigh in on that prospect.

In a prepared statement, Cross thanked everyone involved for respecting shared governance and developing “this new vision for UW-Stevens Point.”

The proposal will go to a university shared-governance committee that has 90 days to make recommendations. Patterson will take those under consideration and submit a plan to the UW Board of Regents for approval.

The university’s plan must be in place by spring in order to submit its budget for the fiscal year starting July 1.

The plan is the latest example of state schools’ cost-cutting as they grapple with budget deficits stemming from a decline in student enrollment, cuts in state money and frozen tuition rates for in-state undergraduate students.

UW-Stevens Point received an "unsatisfactory" rating on an audit of its bank account management and oversight presented to the University of Wisconsin System Board of Regents this month. The report detailed a failure to complete the reconciliation of UWSP’s general fund since 2012.

The University of Wisconsin System plans to merge its 13 two-year campuses with seven of its four-year colleges received approval from its accreditation agency.

Some tenured faculty teaching in programs that may be eliminated were left Thursday wondering what their future holds.

Last spring, the university proposed cutting 13 majors, including history, English and political science in response to a $4.5 million budget deficit, and as part of a push to emphasize what the university described as "high-demand career paths." 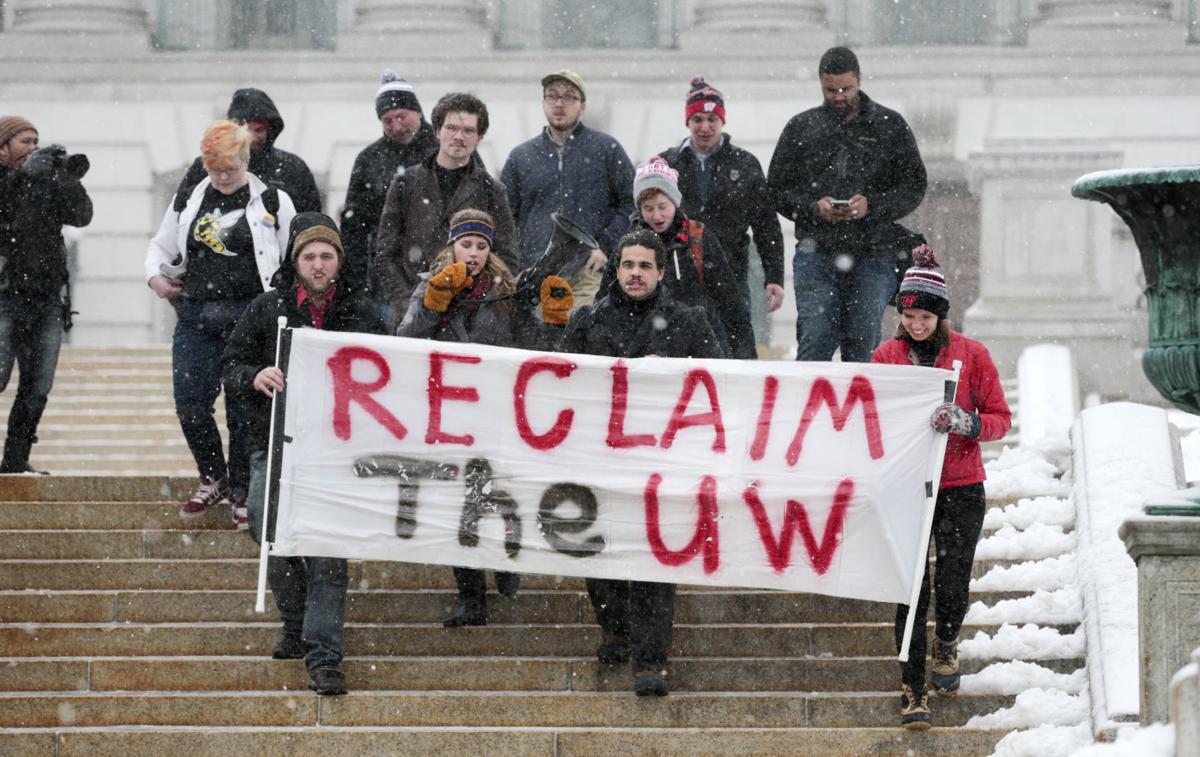 UW-Stevens Point students, past and present, walk down the Capitol steps in Madison to deliver a letter to the UW System Board of Regents last spring in the wake of the announcement to reduce several academic majors in the humanities. 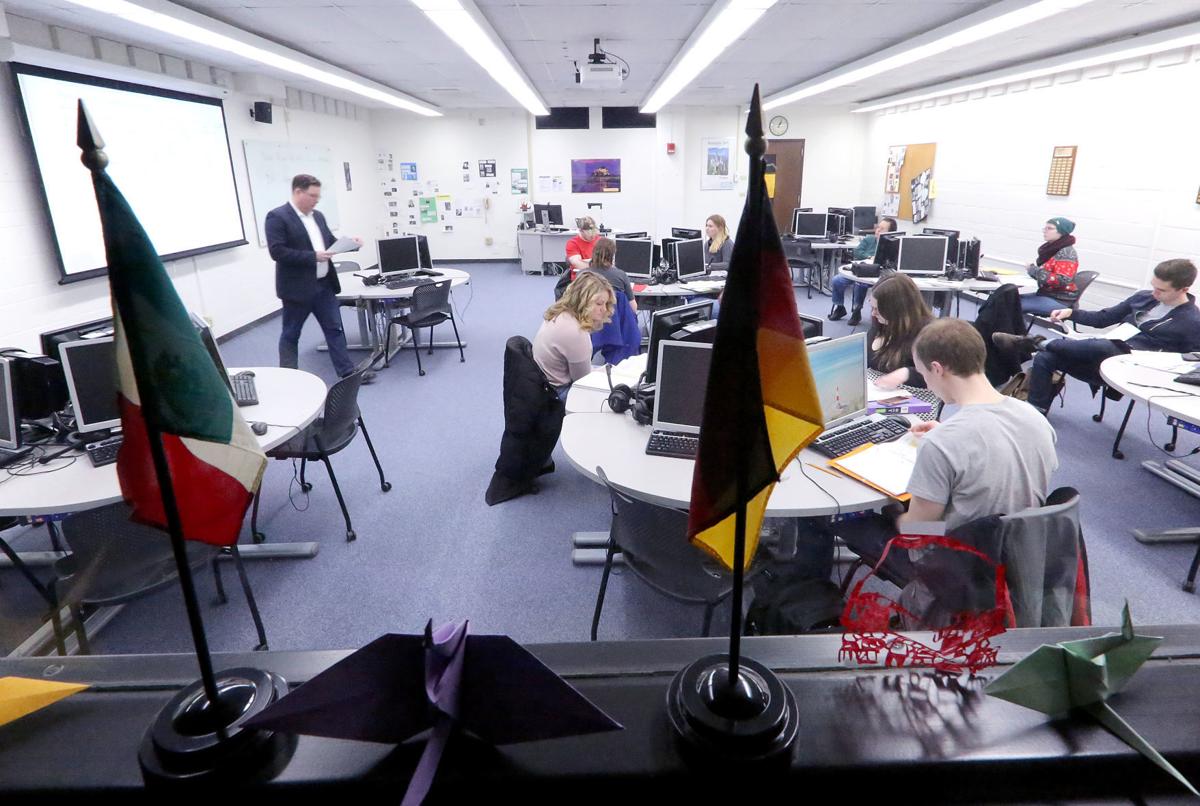 Students in a German language class gather in the World Languages Department at UW-Stevens Point last spring. German is one of the majors slated for elimination by the university in a proposal released Monday.