UW-Madison’s endowment grew 28.7% in the most recent fiscal year, joining a number of colleges across the country reporting record returns because of the soaring stock market.

The one-year return rate for the year ending June 30 brought the total endowment to an all-time high market value of $3.98 billion, UW Foundation spokesperson Tod Pritchard said. Past one-year returns over the previous four years have ranged from 1.2% to 14.2%.

The UW Foundation hasn’t historically highlighted return rates beyond including them in annual reports, but officials provided data ahead of publishing their fiscal year 2021 report at the Wisconsin State Journal’s request.

“A year like we just had is a great tailwind,” he said. “But we’re really long-term investors.”

Over a 10-year period, the UW Foundation is averaging a nearly 9% return. “That’s really the number we tend to focus on,” Knetter said.

Michael Stohler started last month as the foundation’s new chief investment officer. He came from Washington University in St. Louis, which has a larger endowment than UW’s and posted a 65% return.

UW’s endowment portfolio is made up of more than 6,300 funds from donors, many of whom have specified how they want their gifts spent. The foundation each year moves some of the money from its endowment — about 4.5% — to UW-Madison.

During the 2021 fiscal year, a record amount of more than $300 million was distributed to support student scholarships, faculty, research and other programming, Knetter said. The rest remains invested in stocks, bonds and other assets to keep the fund going in perpetuity.

When the COVID-19 pandemic hit, UW Foundation officials initially worried about transferring the same percentage of the endowment it has historically distributed to UW-Madison.

“We weren’t sure we could maintain the 4.5%,” Knetter said. “There were more conversations about does this need to be dialed back a bit?”

The markets, however, recovered quickly. But concerns remain about what’s to come.

“Many feel we’re at precarious point right now,” Knetter said, noting inflation is on the rise. “We’re always trying to be invested in a way that we can ride the ups and downs without too much volatility in the underlying distributions.”

"A year like we just had is a great tailwind."

Southern Wisconsin dries out for 2 days before next rain moves in, then out for Halloween

A beautiful fall weekend is forecast for southern Wisconsin, with plenty of sunshine and highs in the 50s.

The advice is more permissive than last year.

Health officials continued the order but said they don't plan to do so again after it expires two days after Thanksgiving. 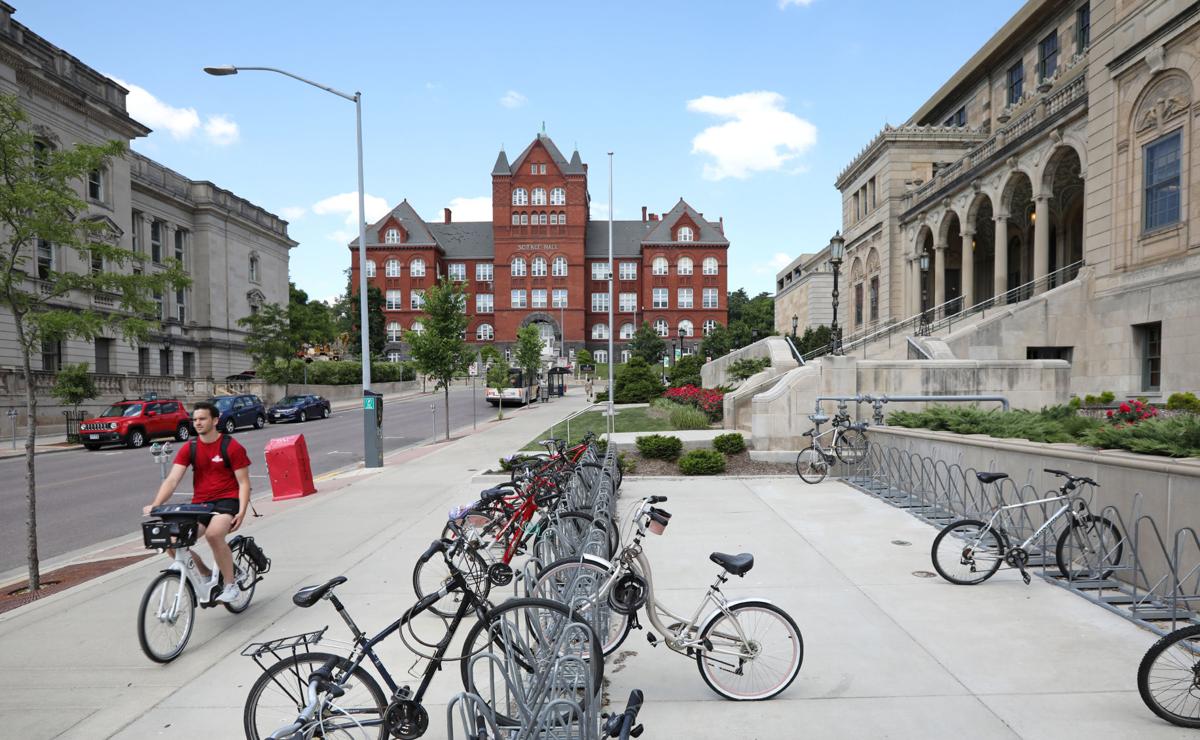 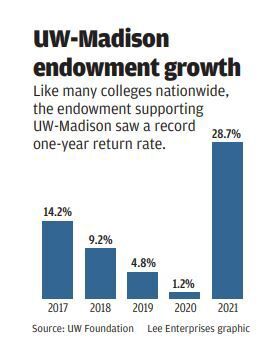