UW-Madison will remove a 70-ton boulder from the heart of campus Friday morning following calls over the past year from students of color who view the rock as a symbol of the university’s racist past.

Chamberlin Rock, located on top of Observatory Hill, is named in honor of Thomas Crowder Chamberlin, a geologist and former university president. But for some students of color on campus, the rock represents a painful history of discrimination.

The boulder was referred to as a “n——-head” — a commonly used expression in the 1920s to describe any large dark rock — at least once in a 1925 Wisconsin State Journal story. University historians have not found any other time that the term was used but said the Ku Klux Klan was active on campus at that time.

UW-Madison Chancellor Rebecca Blank approved the removal of Chamberlin Rock in January but the Wisconsin Historical Society needed to sign off on the rock’s removal because it was located within 15 feet of a Native American burial site.

The university plans to erect a plaque in Chamberlin Hall to honor the former university president, UW-Madison spokesperson Meredith McGlone said. There were no additional details on the timing of the installation.

The university estimated this winter that removal would cost between $30,000 and $75,000 — an amount that officials said at the time would be covered with private or gift funds. McGlone said a more recent cost estimate will be available Friday.

The Black Student Union led the call to remove the rock last summer. Nalah McWhorter, the group’s president and a UW-Madison senior, said in an interview this summer that the demands to remove the boulder had been around even before she arrived on campus three years ago.

“I’m grateful that we have had the opportunity to do this and that the rock will be removed,” she said. “It was our demand, and it was something that we put all the work in for.”

The Black Student Union worked with Wunk Sheek, an Indigenous student organization on campus, to lobby for the rock’s removal.

“We did all these presentations,” McWhorter said. “We went through all of these meetings during an academic year with a lot of other stuff going on, so the work really relied on us, as students, and as Black students.”

The UW-Madison campus is now divorced from the 2-billion-year-old Chamberlin Rock that was relocated from Observatory Hill on Friday. 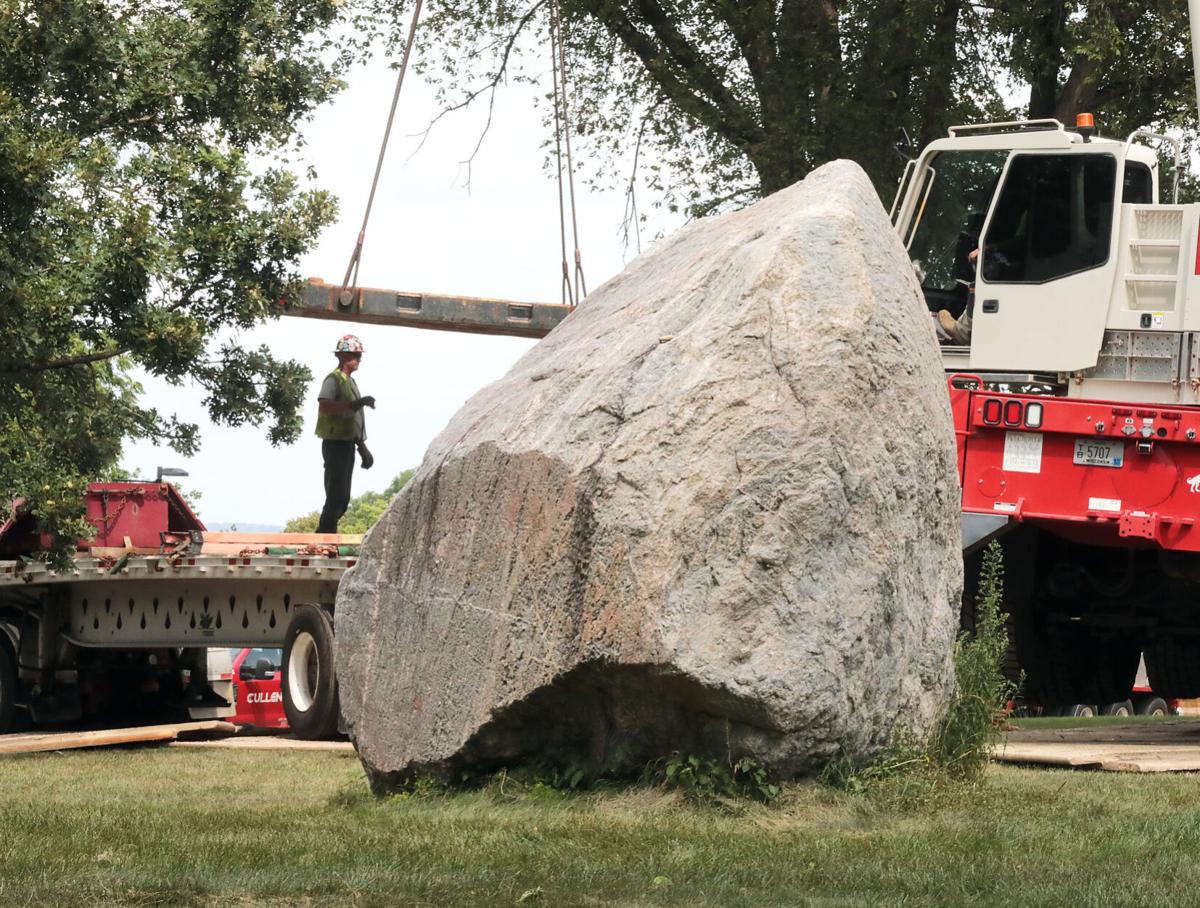 In advance of moving a 70-ton boulder know as Chamberlin Rock off the campus of UW-Madison on Friday, workers prepare the site for the heavy lift Thursday. Extracted from Observatory Hill in 1925 and displayed there since, the rock has been regarded by some students as a racist symbol because of a commonly used slur which was used to describe the rock at the time. 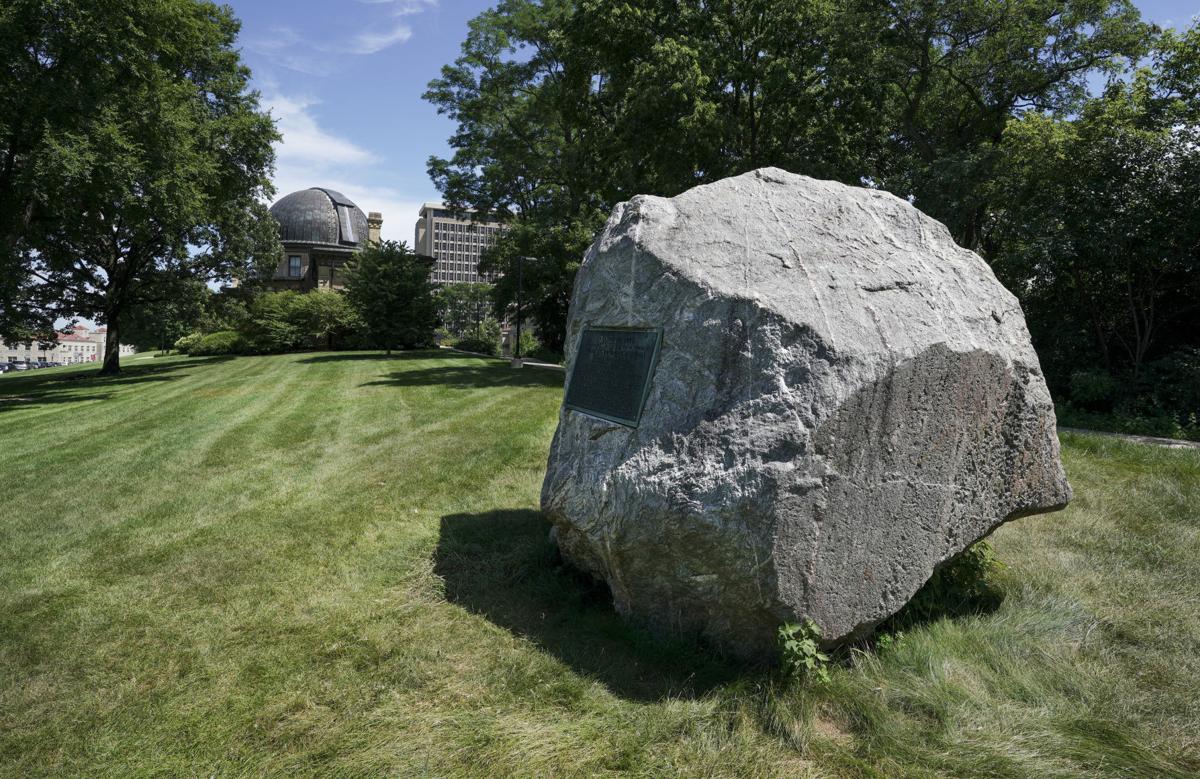 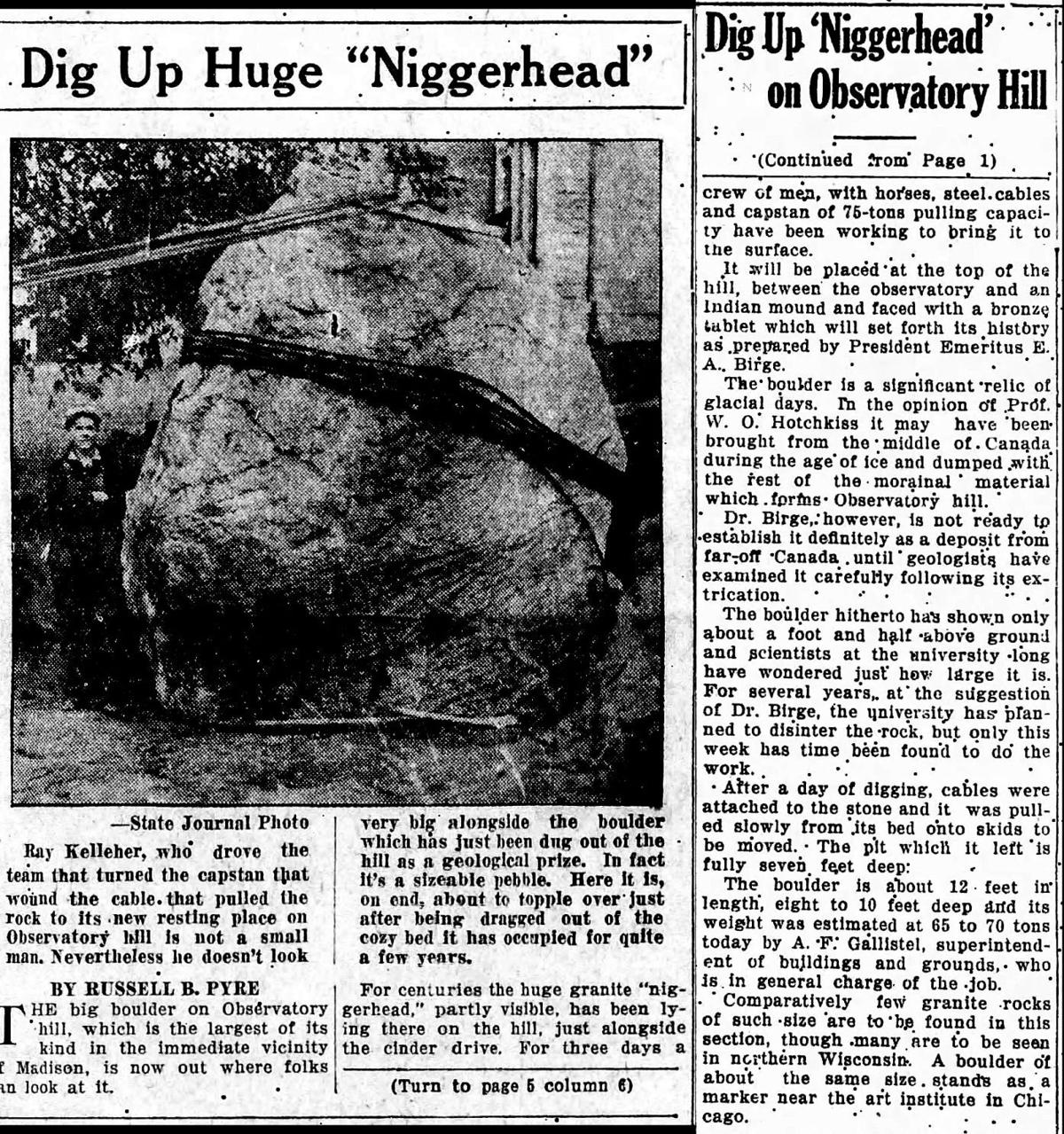