The hiring of John Garnetti, Foxconn’s former deputy director of U.S. strategic initiatives, comes about halfway through a five-year agreement between UW-Madison and the Taiwanese technology company that critics say has fallen far short of expectations.

Foxconn officials in 2018 committed $100 million to help fund a new UW-Madison engineering building and company-related research. Records show the university received $700,000 in the first two years of the deal — less than 1% of the company’s pledge.

UW-Madison spokesperson John Lucas said the university had no update on the company’s financial commitments beyond the $700,000 received so far.

Garnetti wasn’t hired to specifically address the relationship with any single company, Lucas said. The hiring decision had no connection to Foxconn or any of his other previous employers, nor was Garnetti in an executive decision-making role relating to the University of Wisconsin System in a previous job.

Garnetti starts April 26. He will earn $145,000 annually and manage a team of five employees.

UW-Madison’s Office of Business Engagement was created in 2018 to build and expand partnerships with companies looking to engage with UW-Madison. Its previous director earned $144,000 in fiscal year 2020.

The four-month search for the office’s managing director included a “significant and diverse pool” of candidates, though the exact number of applicants wasn’t available Tuesday.

Garnetti graduated with an economics degree from the University of Florida in 2009 and spent several years working in Asia. He was named Foxconn’s director of marketing and business development in 2014, according to his LinkedIn profile. He left the company in late 2019.

“Well-versed in international business practices and fluent in Mandarin Chinese, his experience working with leaders in the private and public sectors will aid (our office) in its goal of growing corporate engagement that spans sponsored research, professional development, corporate philanthropy and talent solutions,” UW-Madison said in an announcement of the hire.

Foxconn Technology Group has challenged the state's decision earlier this month to refuse the Taiwan-based company's application for state tax subsidies for work taking place on the southeast Wisconsin facility.

A bombshell report from The Verge provides a harsh look into the embattled Foxconn Technology Group project in southeast Wisconsin, which has — so far — failed to live up to promises made by the company nearly three years ago.

Trump touts economy in Janesville, a community still rebuilding from the 12-year-old loss of GM

As Wisconsin — much like the rest of the nation — continues to navigate the ongoing COVID-19 pandemic, which has forced businesses to shutter and unemployment rates to skyrocket, Trump entered a community all too familiar with economic hardship.

WEDC Secretary Melissa Hughes said "Foxconn’s activities and investments in Wisconsin to date are not eligible for credit" under the contract first signed back in 2017.

The company's $3 billion contract with Wisconsin remains in question after state officials in December told Foxconn it no longer was eligible for tax subsidies agreed to in the original contract because the project has changed too much.

Taiwanese electronics manufacturer Foxconn could use its Wisconsin factory to build ventilators needed to treat COVID-19 patients, according to the CEO of a medical hardware company that designs and makes ventilators.

Gov. Tony Evers' administration has told Foxconn it no longer is eligible for tax subsidies agreed to in the original $3.6 billion deal with Taiwan-based electronics manufacturer.

Little movement in Foxconn innovation centers in Madison, across Wisconsin

There is no proof to suggest the Taiwan-based electronics giant has moved employees into the Capitol Square building it purchased from BMO Harris Bank for $9.5 million earlier this year.

Taiwan's main opposition party picked a pro-China populist mayor Monday as its candidate for the 2020 presidential race against an incumbent who often bashes Beijing.

The Taiwanese electronics manufacturer announced in mid-April the pending purchase of the property, which is at the corner of Main Street and Martin Luther King Jr. Boulevard and will be renamed "Foxconn Place Madison."

The meeting comes a day after Gou met with President Donald Trump to discuss updates to the southeast Wisconsin manufacturing project.

Foxconn says it's committed to its contract with the state

Assembly Speaker Robin Vos on Thursday slammed the governor as "naive" and said it is highly unlikely the board of the WEDC would approve a change to the contract.

Tony Evers: Foxconn unlikely to employ 13,000, deal with state may need to be 'downsized'

“The present contract deals with a situation that no longer exists," Evers said.

Foxconn head stepping back, mulling run for president of Taiwan

Terry Gou said he would make a decision "in a day or two" on a possible presidential bid, according to Taiwan's official Central News Agency.

A company statement said this marks the next phase of Foxconn's overall blueprint for its campus in Mount Pleasant.

The company is possibly interested in space at 1 W. Main St., which is currently owned by BMO Harris Bank.

Bloomberg Businessweek interviewed 49 people familiar with the project, including company executives and former employees of the Racine County facility.

Evers told reporters he discussed the topic with Foxconn officials but doesn't believe the company is concerned.

After Trump intervenes, Foxconn says it will move forward with Wisconsin plant

Foxconn Technology Group reversed itself Friday saying it will construct a liquid-crystal-display manufacturing facility in southeast Wisconsin after President Donald Trump intervened amid news reports that put the future of the project in doubt.

Nikkei Asian Review Thursday reported the Taiwanese iPhone assembler's "$10 billion investment in display production in the state of Wisconsin has been suspended and scaled back as a result of negotiations with new Gov. Tony Evers."

The figure falls short of the minimum 260 full-time jobs required under the state's contract with the company, meaning it will not receive any tax incentives this year.

Evers, who has touted his support for a $15 minimum wage in Wisconsin, also said he's open to creating exceptions to a $15 wage in rural areas and for teenage workers.

His visit comes as he criticizes Harley-Davidson's decision to move some production overseas and as Foxconn scales back the initial size of its facility.

Foxconn says it's committed to spending $10 billion and creating up to 13,000 jobs.

Gov. Scott Walker says the funds can be absorbed in the existing budget from savings on other projects.

Foxconn CEO Terry Gou has agreed to back 25 percent of the tax credits deal should the company default on deal.

The state would no longer regulate wetlands or air pollutants except when required under federal law.

It would be the largest ever subsidy by a U.S. state to a foreign company.

Health care and education advocates and some Democrats are concerned how state incentives for Foxconn could affect the state budget.

The electronics giant would build TVs and other devices here using imported LCD panels until its Wisconsin LCD plant opened in about 2020.

The package of refundable tax credits and environmental regulation rollbacks now heads to the state Senate.

The plant will create liquid-crystal display panels and could eventually employ as many as 13,000 people.

The package would not be included in the next state budget, a top lawmaker says.

Assembly GOP leaders, in a memo made public Wednesday, also urge business groups to offer their own ideas to resolve the state budget impasse.

UW-Madison has hired a former Foxconn executive to lead the university's Office of Business Engagement, whatever that may mean.

More than halfway through a five-year agreement with UW-Madison, the company has given less than 1% of its pledge. 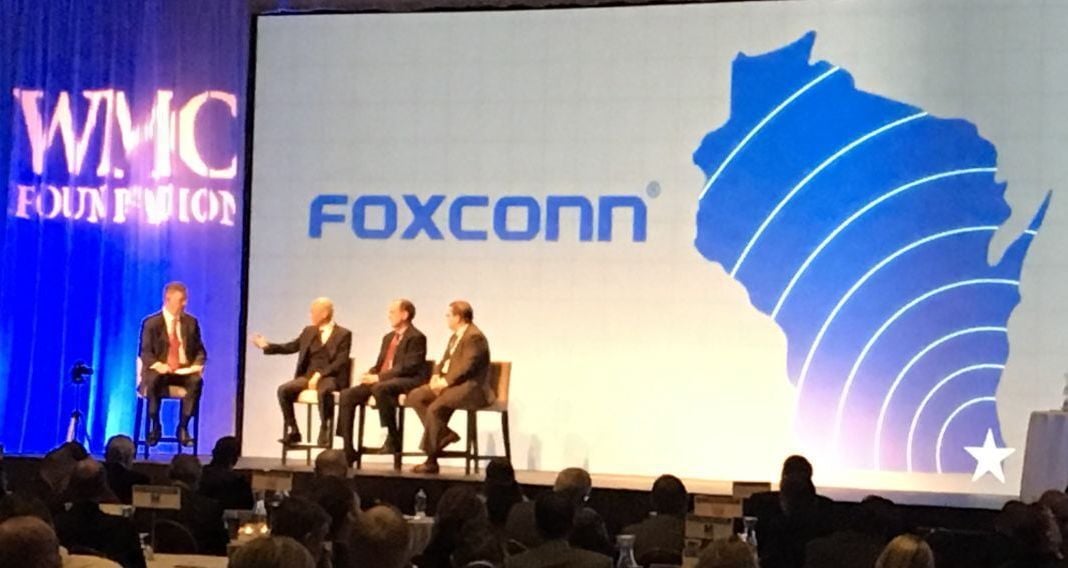 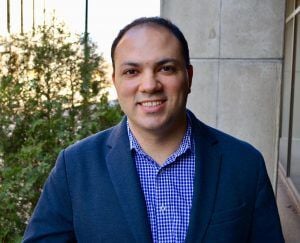