Edgewood College laid off several professors this summer in a move that some instructors on campus see as an eroding of academic norms, in violation of the instructors’ contracts and part of a pattern of poor decision-making.

The college’s Board of Trustees is deliberating on the instructors’ appeals.

The layoffs are the latest cost-cutting measure by the college, which offered several rounds of buyouts to employees over the past two years in response to declining enrollment. The COVID-19 pandemic has only added to the college’s financial problems, and the elimination of the professors’ positions was made to “ensure the long-term financial viability” of the college, officials said in letters to the ousted instructors.

But college leaders have not declared financial exigency, which appears to be a requirement to terminate tenured or tenure-track professors for financial reasons, according to the faculty handbook.

Communication studies professor Bonnie Sierlecki said the college offered her and six other terminated professors two choices: receive a year’s worth of severance and no continuation of their health insurance benefits or sign a non-disclosure agreement, waive their right to sue and receive 15 months of severance, along with 18 months of health insurance.

Three of those professors accepted the offer of a larger severance. A fourth accepted earlier this summer.

“They’re trying to make us go away, one by one, and faculty are willing to sign away their rights for health insurance,” Sierlecki said. “It’s extremely unethical and not in fitting with the college’s values. They’re basically firing faculty without justification after years of service.”

On the Edge News, the college’s student newspaper, first reported on the terminations in late May.

Board of Trustees vice chairwoman Lucy Keane said she does not blame the terminated professors for speaking out and rallying support for reinstatement, but said the board would not comment on the terminations due to the ongoing appeal process and the confidential nature of personnel matters. Speaking generally, she said the college has undertaken a faculty-led academic program restructuring over the past several years to address budget gaps.

Tenure, an indefinite appointment professors receive after years of service to a college, is offered to protect academic freedom, the principle that scholars should be free to research and teach controversial ideas regardless of whether it offends a political party, business or sense of political correctness.

Earning tenure also means a professor can be terminated only for just cause, such as elimination of the academic program in which they teach, a lack of professional fitness or if the college declares financial exigency — otherwise known as a severe financial crisis that threatens the integrity of the institution as a whole.

The American Association of University Professors said it didn’t appear the college made this declaration and that it failed to involve faculty members in the process, according to a letter sent to the college. The organization urged the college to promptly reinstate the professors and update the college’s handbook to meet national standards.

“In the absence of such revisions, academic freedom and tenure at Edgewood College are not secure,” the letter said.

After eight years with the college, Sierlecki said she is personally ready to move on, but is fighting for the sake of her department and students. She questions the elimination of her position because her department teaches an introductory course that enrolls many students and the remaining instructors are now stretched thin. She said the college retained three adjunct instructors within the department, none of whom she said are qualified to teach the courses she has in recent years.

In the weeks leading up to her last day, June 30, she said she fielded questions from students asking about the status of the college’s honors program, which she led. With no employee tapped to take it over, she asked college leadership how to handle the transition, emails show, but Sierlecki said she received no guidance.

Keane said the college has a plan to improve the honors program in the coming years and that it would be unusual for a former employee to receive detailed information on the future of the program.

Huining Ouyang, another one of the professors who asked the board to reinstate their positions, is hoping to return to Edgewood College where she has taught since 1999. She began in the English department, where she earned tenure, but has taught and directed the Ethnic Studies program in more recent years, eventually becoming the only full-time professor teaching in the program.

Ouyang suspects her outspokenness about various campus decisions, including the restructuring and its effect on people of color, played a role in her position being eliminated.

“My career came to a grinding halt,” she said.

More than a dozen of Ouyang’s former students denounced her termination in a letter published in the student newspaper, writing that the buyouts disproportionately affected faculty of color and her dismissal “speaks volumes on the continued marginalization and devaluation of scholars of color.”

Keane said faculty members voted to eliminate the Ethnic Studies major, and hiring diverse scholars is one of the college’s top priorities. Buyout offers are based on course-load demands and other factors, she said, not demographics.

“It’s certainly not our goal to get rid of faculty of color,” Keane said.

Ouyang counters that her contract was changed without her consent a few years ago, restricting her to teach in a school that has now been absorbed into another school as part of the restructuring.

Upperclassmen living in one of Edgewood College's three apartment buildings have the opportunity to bring their critter to campus. 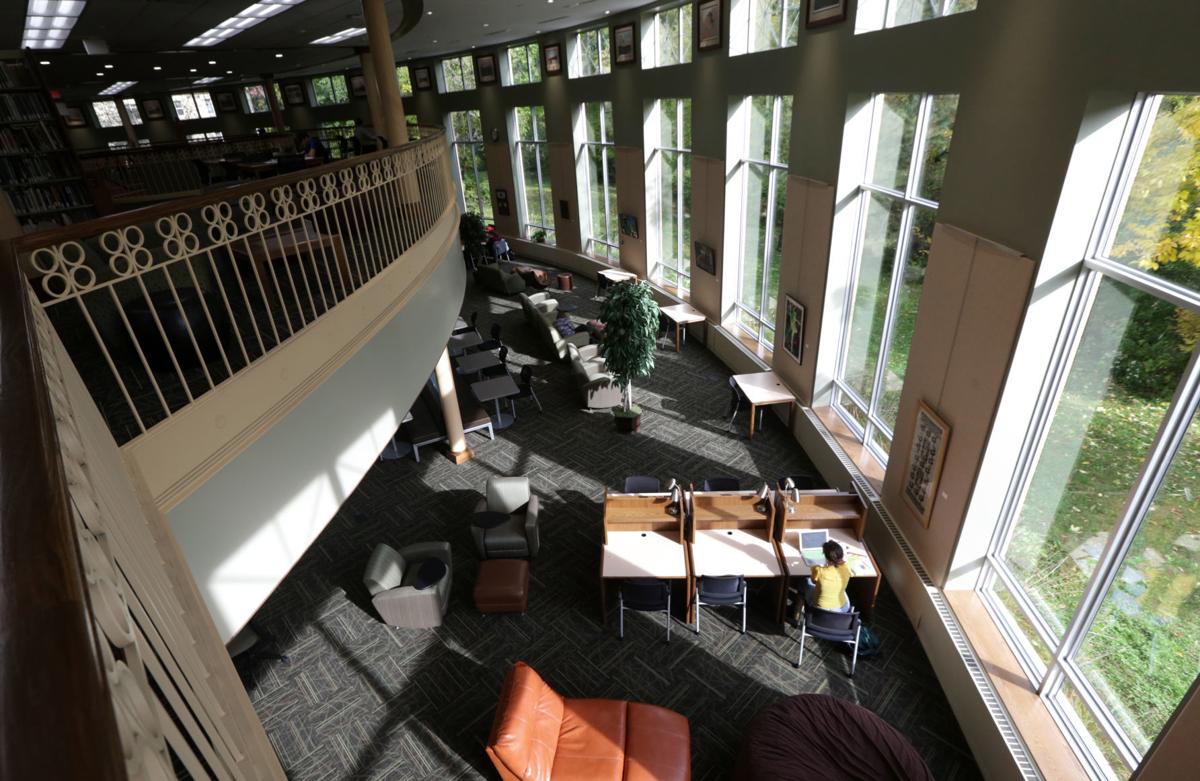 Edgewood College students study in the Oscar Rennebohm Library on campus in this 2018 file photo. 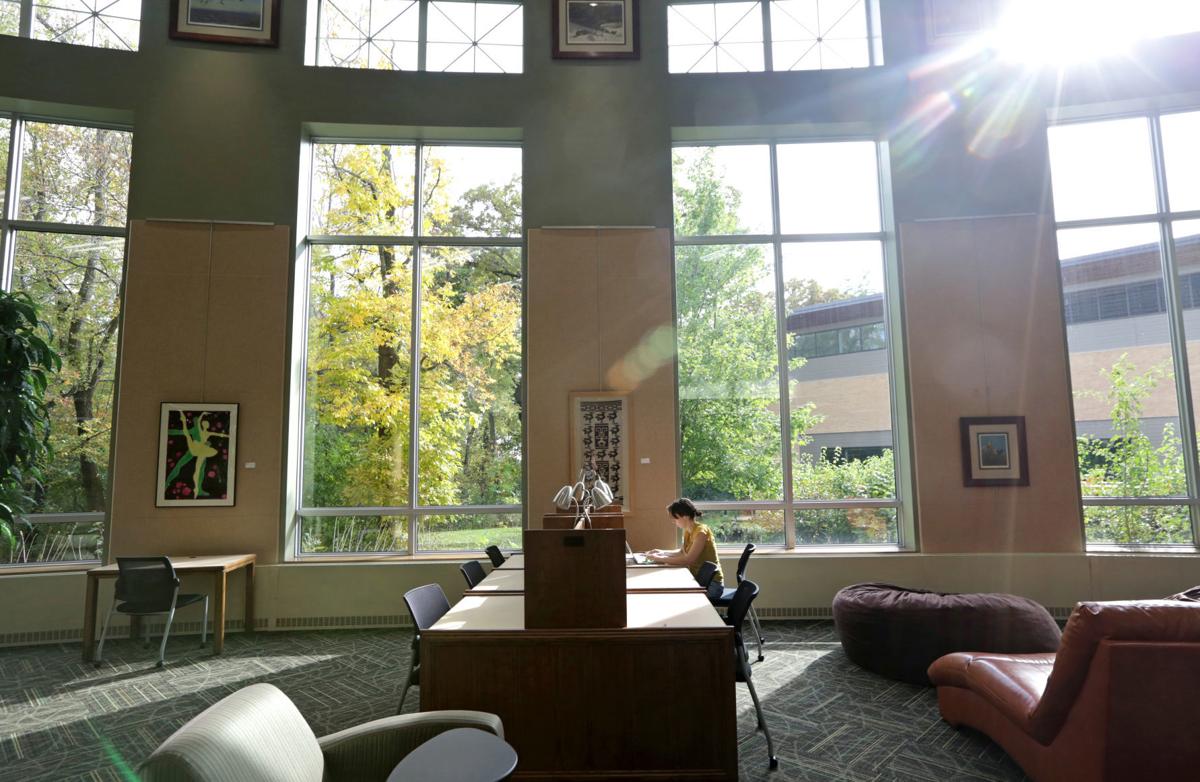 An Edgewood College student studies at the Oscar Rennebohm Library on campus in this 2018 file photo.