UW-Madison students are signing up in record numbers to study computer science, elevating the program to be the most popular undergraduate major on campus in each of the last two years.

Student demand is nine times larger than it was a decade ago, from 168 in 2009 to nearly 1,600 in the program this academic year.

“The interest shows no sign of abating at this point,” said department chairman Gurindar Sohi.

But popularity for an academic program comes with problems, such as difficulty finding lecture halls large enough to accommodate student demand. A week into this spring semester, the computer science department had a combined estimate of 650 names on course waiting lists. The university recently hired eight faculty members to offset three retirements, and more offers are in the works, but recruiting is a challenge when individuals with Ph.D.’s receive salary offers more than two times higher in the private sector than at a public university.

UW-Madison, unlike some other institutions, is not making its program more selective in response to the unprecedented interest.

Instead, the computer science department is embracing what it calls a “Wisconsin Computing Idea” to expose as many students as possible to the type of computational thinking highly sought — and well compensated for — by employers.

Gov. Tony Evers proposed $45 million in his 2019-21 budget proposal to expand high-demand programs at UW campuses across the state, including UW-Madison’s computer science department. The money would allow faculty to expand their ranks, add 2,000 seats to popular computing courses and graduate up to 1,000 more students in computer and data sciences.

The Republican-controlled Legislature is crafting its own budget from scratch, and it’s unclear which of Evers’ funding proposals may be included. Rep. John Nygren, R-Marinette, and Sen. Alberta Darling, R-River Hills, who co-chair the budget-writing committee, did not return multiple requests for comment this week on whether they will include money in their budget proposal to expand UW-Madison’s computer science program.

“We’re at a critical juncture,” said Remzi Arpaci-Dusseau, who will take over as department chairman next year. “We’re doing the best we can.”

UW-Madison’s department thought long and hard about whether to limit the program’s size.

Other universities such as the University of Washington have established a cap, accepting only the best and brightest students into the program. Swarthmore College, a private school in Pennsylvania, holds lotteries to select students into computing courses. Some institutions do not offer computer science courses to non-majors. Others make it nearly impossible for students to transfer into the program.

UW-Madison’s computer science faculty took a vote in 2016 and unanimously agreed to not place restrictions on the program.

“We felt a mission to educate as many people as possible,” Arpaci-Dusseau said, invoking the Wisconsin Idea, the longstanding belief that the university should address the needs of all Wisconsin residents.

Students clamor to get into computer science classes for the high salaries and job security that come with the skill set. They can go on to work in fields as varied as biology, banking, agriculture or insurance.

“It’s hard to name an industry that doesn’t need these types of skills,” he said.

Students majoring in computing aren’t the only ones straining the department’s resources. Demand for the introductory data programming course offered to non-majors increased nearly 40 percent from 2016-17 to 2017-18, according to university records.

“We’re getting to the point where the university doesn’t have large enough lecture halls to meet the demand to offer these courses,” Arpaci-Dusseau said.

The university uses a priority enrollment system based on the number of academic credits students have earned. At the department level, additional restrictions on high-enrollment courses allow students majoring in computer sciences to enroll for a period of time before non-majors can register for classes.

Students from rural or less affluent high schools where AP courses may be limited, however, are often disadvantaged by this system, which is problematic for an industry struggling with diversity.

Computer science major Saad Choudry, who came to the university having taken one AP course in high school, described course enrollment as a frustrating exercise filled with waiting lists.

For most of the major’s required courses, he was able to get off the waiting list and into the course. But for elective classes that piqued his interest, Choudry tried, semester after semester, to register without success.

Choudry has eyed a virtual reality course since his freshman year but could never get in. He will graduate in May without having taken the class. He starts work as a programmer for Liberty Mutual in the fall.

That’s about half of the median department size among the top 10 computer science programs in the country, according to a university report.

Recruiting is fierce for computer science doctoral students, not only with other institutions, but with tech companies dangling job offers upwards of $250,000. Depending on one’s area and level of expertise, starting salaries can be even higher.

Of the roughly 2,000 computer science doctoral degrees awarded annually, fewer than a third go into academia, according to a national study.

About a quarter to a third of job candidates accept an offer from the department, Sohi said.

An Artificial Intelligence class Wolff enrolled in was so popular that the department split the course into two sections, one of which was taught by a graduate student. Wolff was assigned to the section taught by the less-experienced instructor and he said his experience in the course suffered as a result.

“If this hiring campaign isn’t successful, I do see critical classes becoming more and more difficult to get into,” he said.

A study last year by the National Academies of Sciences, Engineering and Medicine that examined how universities have responded to the growth in computer science offered a bleak outlook for institutions without a plan: “Failure to respond thoughtfully to the demand and the resource deficits will result in negative conditions for students, faculty, the programs, and/or the institution as a whole in the near or long term.”

UW-Madison Chancellor Rebecca Blank established a task force in early 2018 to examine how to raise the profile, rank and research output of the computer science department.

The committee last fall released its report, which called for a new school to house computing and data analysis within the College of Letters and Science, the creation of an undergraduate data science degree and fundraising to start for a research-focused Data Science Institute.

The amount of funding for data-driven projects is “dramatically increasing,” the report said, so investing is “critical for the future of research funding” at UW-Madison.

“The department of computer science at UW-Madison has generated so much value over time that to allow it to wither would be a grave mistake for the Wisconsin economy,” said Tom Still, president of the Wisconsin Technology Council and a member on the task force.

Alumni of the university’s computer science program include the founders of Epic, Abodo, Hardin Design and Development, Propeller Health, EatStreet and HealthMyne — all startups based in Wisconsin, the report said.

There are nearly 7,000 computing-related jobs open in Wisconsin, according to Code.org.

“Employers are scrambling to find these kinds of workers,” Still said.

Working professionals looking to expand their skill sets to meet those demands can go to UW-Madison for some professional programs.

But the committee found that constrained resources limit the department’s offerings, leaving potential revenue off the table. It has led to situations such as Milwaukee-based Johnson Controls encouraging employees to take professional courses at the University of Illinois, according to the report.

Blank said the university has added $1.3 million to the department’s budget for teaching assistants since 2016 and will hire at least 14 more faculty members, bringing the department to 50 professors.

Choudry, the computer science student who experienced difficulty enrolling in courses throughout his undergraduate career, wonders what challenges incoming computing students will have without more investment to expand the program.

“If things don’t change drastically, I can only see the students facing the same frustrations as me, but even more magnified,” he said.

At UW-Madison, the deferred maintenance backlog totals $1.5 billion. That figure does not include repairs to the 28 buildings that sustained damage in recent days.

The UW System recently hired a company for $11 million to analyze students' demographics, test scores, high school transcripts and other information that will create "risk scores."

The dispute centered on whether discounts for purchases associated with federally sponsored research projects in fiscal years 2007 through 2017 were credited back to the U.S. government.

While most of those Gov. Scott Walker appointees would be able to resume their roles, 15 positions, including some higher-profile appointees, remain in limbo, including UW System Regent Scott Beightol and Ellen Nowak, who served as commissioner of the Public Service Commission. Evers did not include those positions on the list of re-appointments.

Friday's protest comes after hundreds of graduate students on April 5 had staged a sit-in at Bascom Hall asking improvements to work conditions.

Tom Still: Rural and urban economies can improve with cooperation

Eric Wilcots' appointment marks the first time that an African-American will lead the College of Letters and Science. 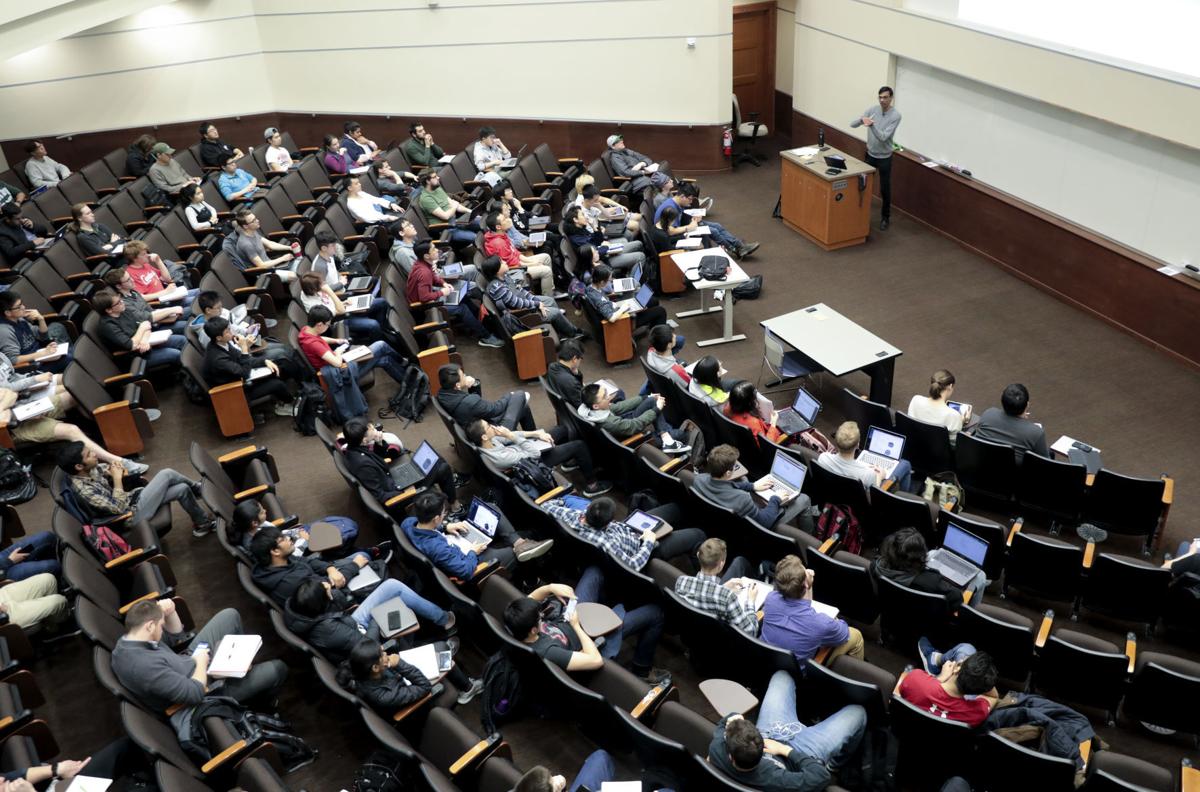 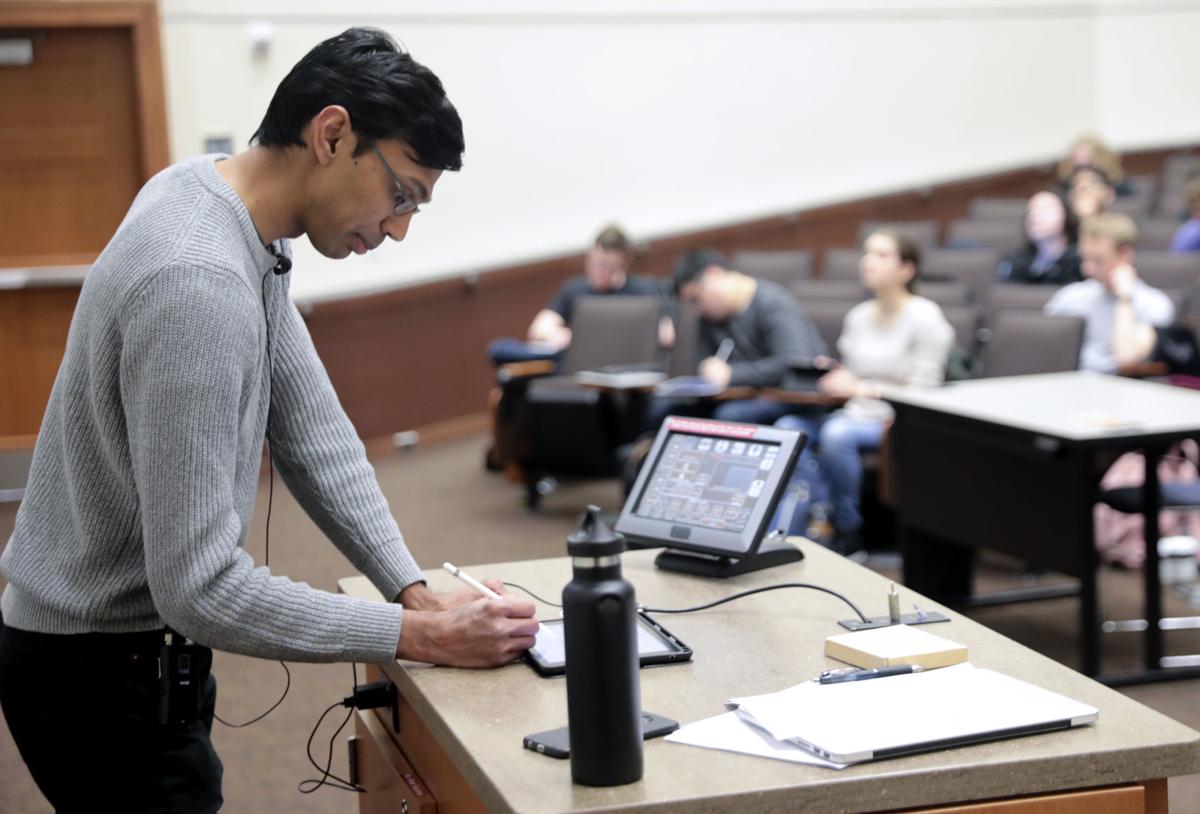 UW-Madison computer science professor Shivaram Venkataraman planned to teach 250 students in Operating Systems this semester. A waiting list of about 50 students seeking to enroll in the upper-level course led him to expand the class size, so every student who wanted to take it could register. Strained department resources in recent years has meant some professors can't do the same. 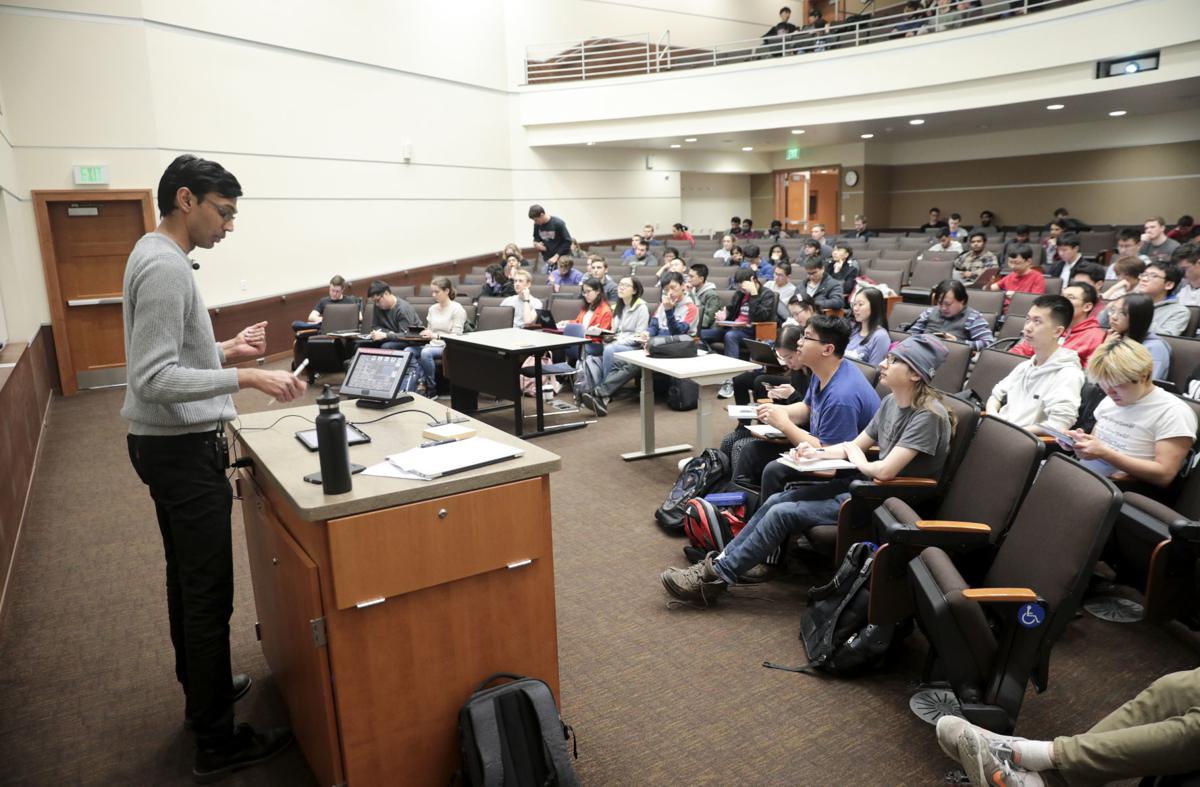 Shivaram Venkataraman started teaching for the computer science department this academic year. He is one of several new hires the department has made to keep up with student demand. 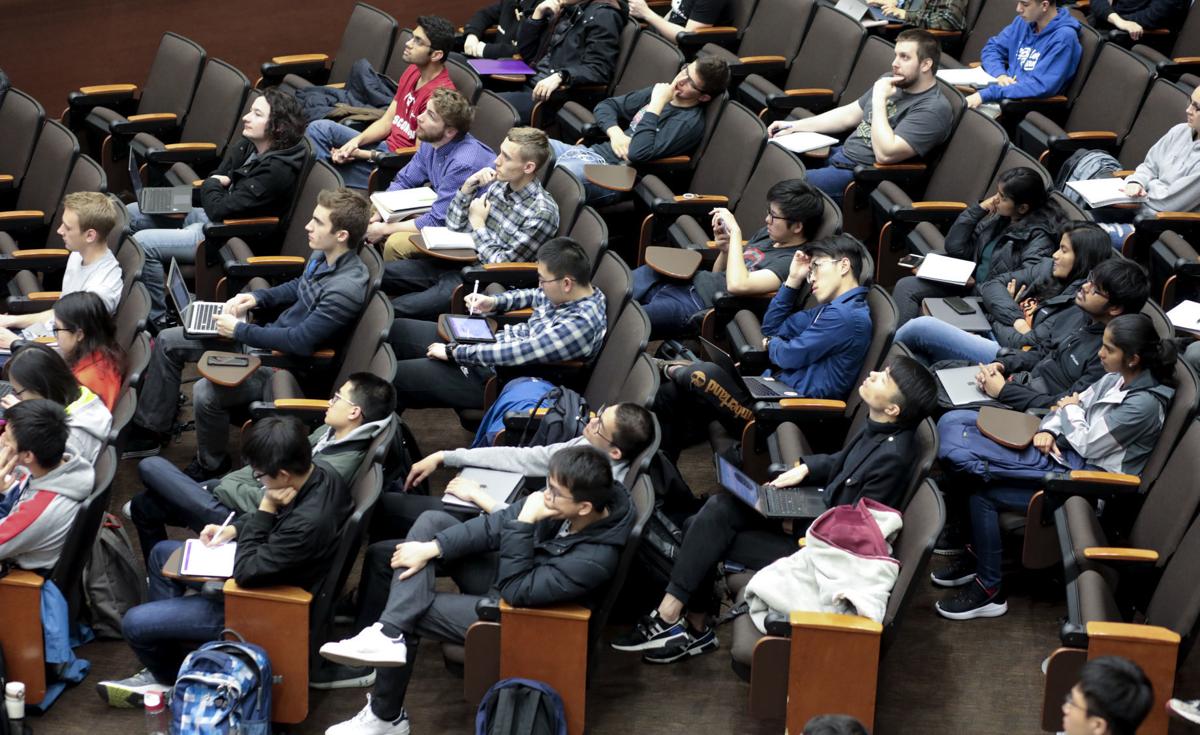 Logistical problems for the department include exam time when professors want a seat or two between each student, but there's not enough space in lecture halls to do that.