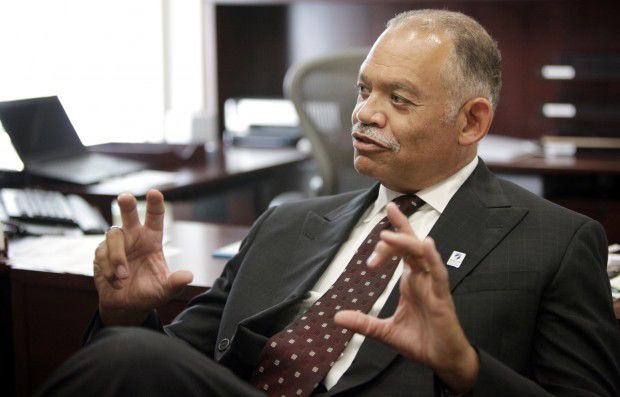 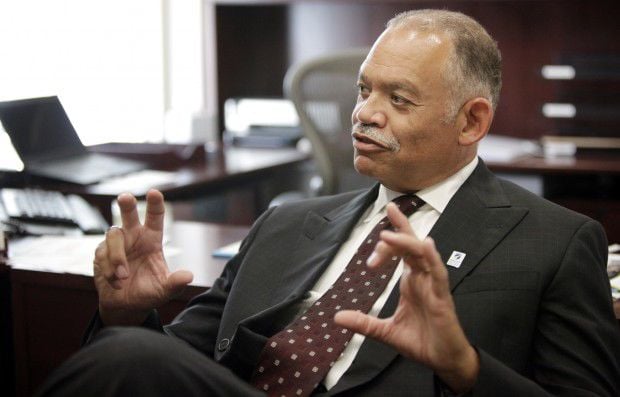 At a time when more than half of the jobs in the American economy require education or training beyond high school, a tuition bill shouldn’t be what keeps someone from going to college, Madison Area Technical College President Jack E. Daniels says.

That’s why Daniels and other MATC officials are working on an initiative — inspired by efforts at a number of community and technical colleges across the nation — to make the first two years of tuition free for qualifying low-income students as soon as this fall.

“No one should have a barrier to attending college to get the skills necessary so that they can go to work,” Daniels said.

Called the Madison Promise, the program aims to fill the gap between the financial aid students receive and the cost of their tuition.

College officials are still working out the program’s specifics, but they say it will likely be open to students coming out of high school who are eligible for the federal Pell grant — taxpayer assistance for low-income students that often doesn’t cover all of their tuition costs.

Under the Promise program, the Madison College Foundation would step in to pay for the remainder of a student’s tuition after the Pell grant.

Keith Cornille, MATC’s senior vice president for student development and success, said officials have not yet decided whether they will factor students’ other grants or scholarships into the tuition assistance, or if students will be allowed to put that aid toward other costs such as books.

Without help from something like the Promise, officials say, students often take out loans and work at jobs that could take time away from their studies.

Tammy Thayer, CEO of the Madison College Foundation, said having tuition costs covered “can be life-changing” for students.

Daniels said he hopes to have the Madison Promise in place by fall, but added it might not be ready until the spring term of 2017.

Those initiatives come as the topic of college costs and student loan debt have commanded national political attention.

UW-Madison professor Sara Goldrick-Rab, who worked on the legislation Baldwin introducedand supports making the first two years of all public higher education free, said she was happy to see MATC join the growing number of schools nationwide that are working to address tuition costs.

But Goldrick-Rab, who leads a research organization that will evaluate the Milwaukee program, cautioned that covering only students’ tuition costs won’t make college affordable for everyone.

The $4,700 students must pay for tuition represents only a fourth of the total cost many pay to attend MATC, according to the college’s estimates. Students who don’t live at home can expect to pay $14,094 on rent, food, books, transportation and other expenses.

“It isn’t going to do much if all it (covers) is tuition and fees,” Goldrick-Rab said of the program. “Until we start addressing living costs, we are not addressing student debt.”

Still, she called the Promise program “a huge step forward” in making college more affordable.Cornille said officials estimate the program will cost $175,000 in its first year.

Funding will come from the Madison College Foundation, not state or local tax dollars, Thayer said. The foundation is still trying to determine how much money it will have to raise for the program and an endowment to support it in the future, she said.

An analysis of previous MATC classes found 102 students each year whose Pell grant did not cover all of their tuition, Cornille said, with amounts of need that ranged from $14 to over $2,400. But he cautioned that the number of eligible students could swell if the promise of free tuition encourages more local students to enroll at MATC.“We don’t know how many folks are sitting out there at this moment that would become eligible,” Cornille said. And Daniels said the program could have a ripple effect that extends beyond current students “That student who’s in fifth or sixth grade starts to think about the expectations,” he said. “If we can remove that financial barrier for them, they can start to see, ‘Yes, I can go to college.’”

The Green Bay Packers lose the Minnesota Vikings, bringing an end to their reign atop the NFC North. Madison city workers prepare for a big mo…

On Campus: Democrats in Legislature, Congress push their own college affordability bills

As Wisconsin Republicans push a package of bills to reducing the cost of higher education, Democrats at the state and federal level have also introduced proposals.

Republicans and Democrats push for college affordability, with many voters listening

In an era of rising tuition costs and ballooning student loan debt, politicians from both parties are pushing for bills to reduce the financial impact of college education.

Next fall's class of high school seniors will be the first group of students eligible for MATC's Scholars of Promise program.

The students will be the inaugural class of Madison Area Technical College's Scholars of Promise program.