A UW-Madison student’s three-year cultivation of a campuswide mental health and suicide prevention awareness campaign is best seen by glancing at students’ backpacks.

Conlin Bass, 22, led the effort in distributing nearly 3,500 lime green bandanas on campus. He established The Bandana Project in 2016, an initiative that’s expanded to other Midwest college campuses.

A lime green bandana tied to someone’s backpack is an indicator that individuals with a mental health-related issue can approach that person for help. Students and staff who sign up to receive a bandana also get a stack of resource cards containing mental health hotline phone numbers to pass out.

“I was looking for an outlet to dismantle the social stigma surrounding mental health,” Bass said.

Bass, of Verona, will graduate in Sunday’s commencement ceremony with a bachelor’s degree in neurobiology and a certificate in classical studies.

UW-Madison Chancellor Rebecca Blank plans to mention Bass from the Kohl Center stage Sunday and thank him for the work he’s done on campus to increase awareness of mental health services for students, according to university spokeswoman Meredith McGlone.

The program will continue on in Bass’ absence with six campus “ambassadors” leading bandana distribution, he said.

Their efforts come at a time when colleges nationwide grapple with student suicides.

Another Big 10 school, Northwestern University, reported nine student suicides since May 2013, four of which occurred in 2018 alone, according to the Chicago Tribune.

The statistics are staggering: In a survey of UW-Madison students this year, nearly 15 percent of those who responded — which translates to about 6,000 students overall — said they thought about suicide in the last 12 months, up from about 8 percent in 2015. This year, 1.8 percent of respondents — representing about 800 students overall — said they attempted suicide, up from 0.5 percent in 2015.

“One of the real strengths of The Bandana Project is it provides tangible resources for students that want to be supportive of their peers,” Donovan said. “It’s a visible denouncement of stigma and a sign of solidarity among students.”

It was over Bass’ Christmas break freshman year that the idea took shape.

A high school friend described a situation at UW-Stout in which her instructor’s son committed suicide. She and some other students in the course offered their teacher a sign of solidarity by wrapping white cloth or ribbon around their backpacks.

Over the next six semesters, Bass built The Bandana Project from the ground up. He took his idea to UW-Madison’s chapter of the National Alliance on Mental Illness (NAMI) and partnered with UW-Madison Police, University Health Services and the statewide NAMI affiliate.

Bass said he selected lime green instead of white because the bright shade is well established as the national color of mental health awareness.

Several other schools are in the planning stage of launching a chapter. So are a few high schools, including his alma mater, Bass said.

Bass applied to two colleges and was accepted into his first-choice school, UW-Madison. He joined the university’s NAMI chapter in the fall of his freshman year as a way to help people with mental illness.

Since The Bandana Project’s launch in the spring 2016 semester, Bass said his daily schedule includes, on average, at least one event promoting the project.

In the summers, he spoke to incoming freshmen and transfer students at the university’s orientation program. Bass crisscrossed campus throughout the years speaking to student organizations, sororities, fraternities, athletic teams and academic groups. He set up tables at residence halls or outside of dining halls and squeezed in speeches at the beginning or end of professors’ lectures.

Bass said students have asked him for a card to pass along to struggling friends. He also recalls people who have personally struggled with mental health telling him that seeing the bandanas is a reminder they’re not alone.

Bass surveyed about 3,000 bandana carriers and learned that 8 percent, or 240 participants, had been asked at least once for a mental health resource card.

“A lot more people ask what the bandana’s for and what it means and why they should care,” he said. “The project’s impact in that way is probably the most profound — just getting people talking about it. That’s all I could’ve imagined for this project.”

Bass delivered his final speech for The Bandana Project in early December to a crowd of more than 400 people at the Gordon Dining and Event Center.

After two and a half years of giving some variation of the same speech, Bass no longer gets nervous. Instead, on that day, he got a little nostalgic.

Bass doesn’t know where he’ll be a year from now. He has applied to four graduate schools and plans to apply to three more, including a UW-Madison public health program. Notification letters go out in the spring.

Bass wants to pursue a career in public policy, but he’s also toying with the idea of medical school.

“I don’t think I’ll be done with mental health any time soon,” Bass said about the focus of his graduate studies.

On that December day, Bass asked the room of hundreds how many had seen or heard about his lime green bandanas.

And in what he saw as a sign of how widespread the project’s visibility has become, every single hand went up.

Do you or a loved one need help?

"Our crazy goal 10 or 20 years from now is that we’d like to be able to do this for any kid in Wisconsin," Larry Jackson said.

"If you really can understand where a kid is at, their age and what's going on and connect with them at that level, it's amazing what they will tell me. Absolutely amazing."

2 kids, 2 jobs, a deployment to Afghanistan. That didn't keep her from a UW-Madison degree

About halfway through her UW-Madison program, the Wisconsin National Guard called on her to be deployed several months in Afghanistan. Her youngest hadn't even turned 1. 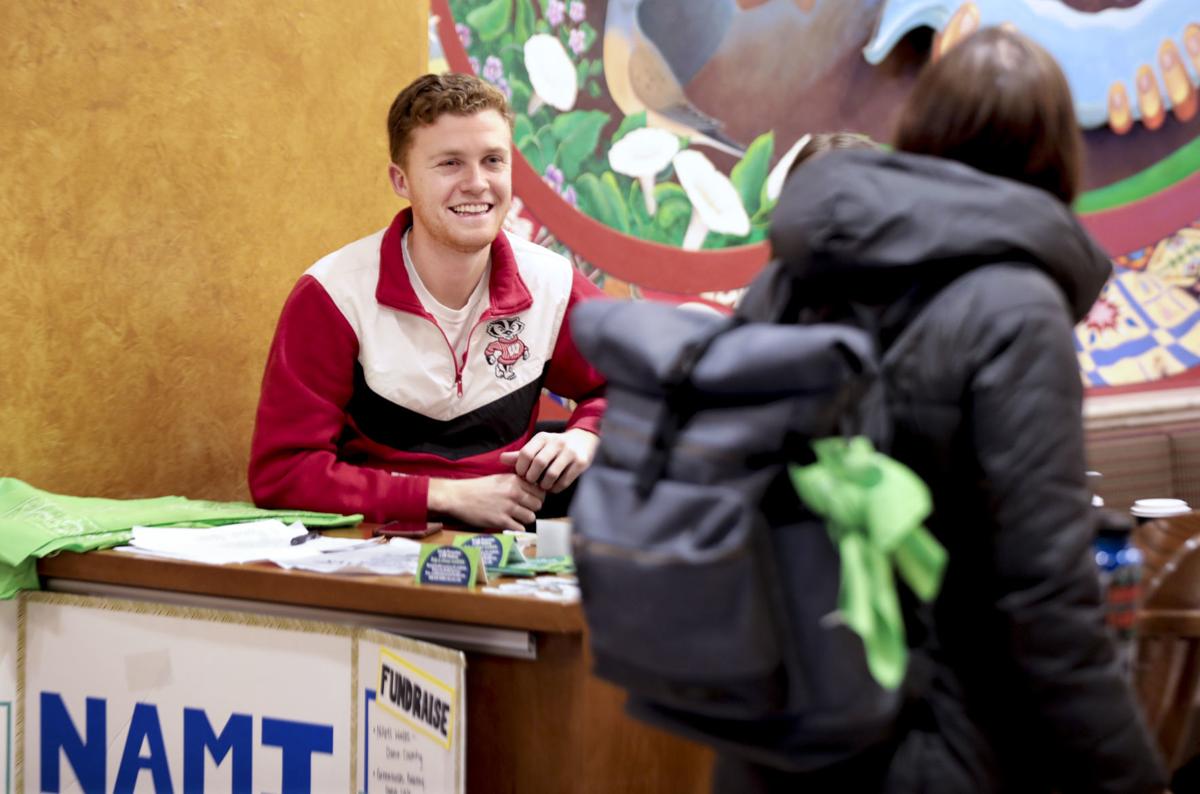 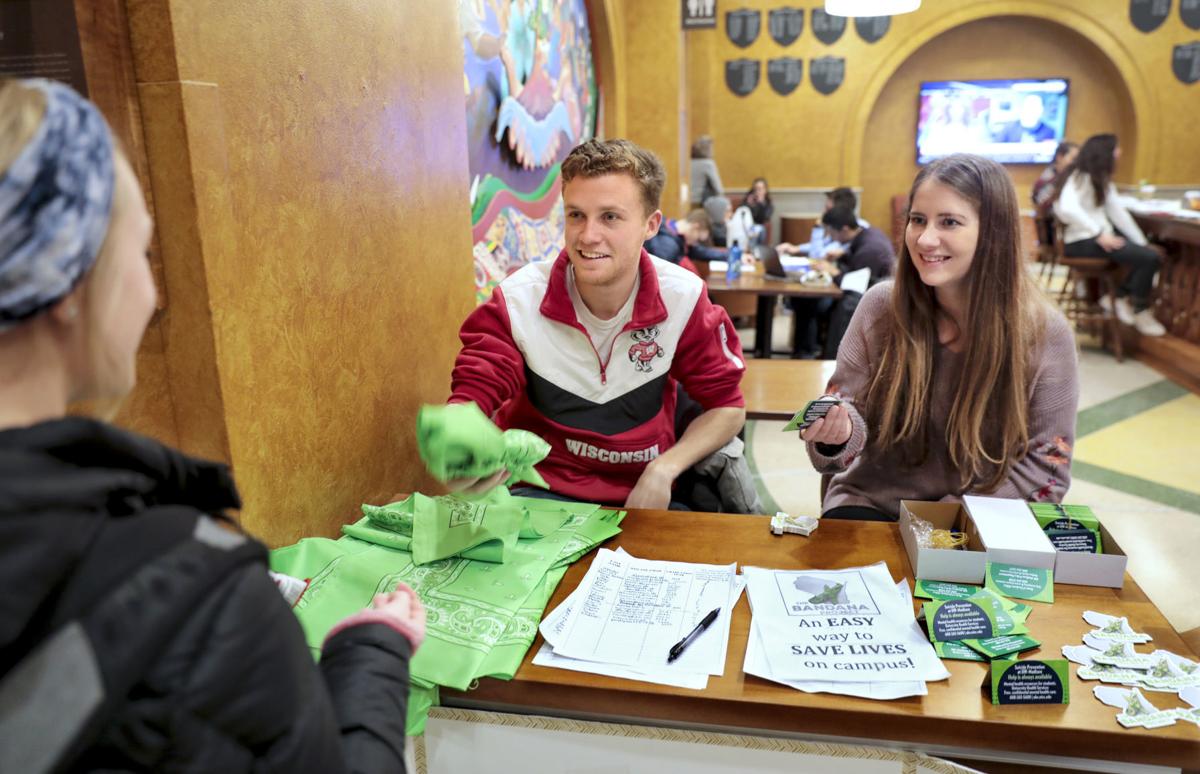 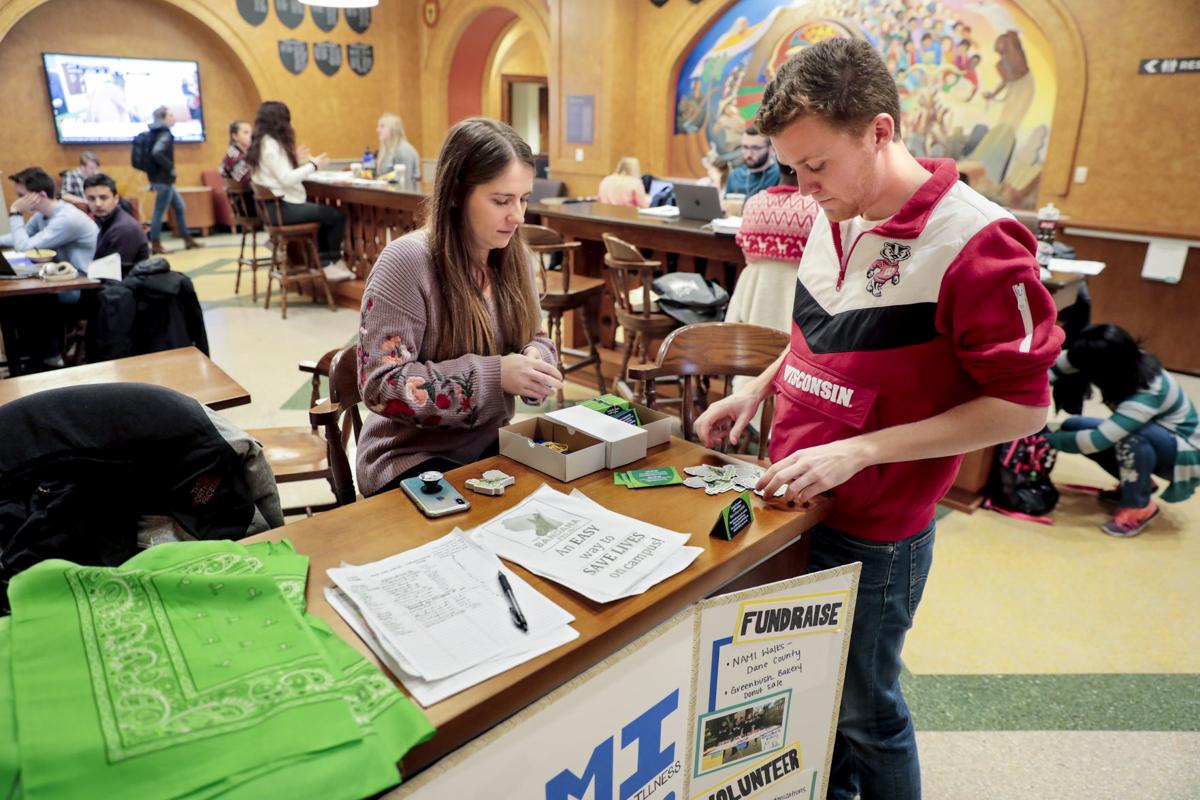 Conlin Bass, right, packs up the Bandana Project table for the last time. Bass will graduate on Sunday, but the mental health initiative he founded in 2016 will continue on campus. 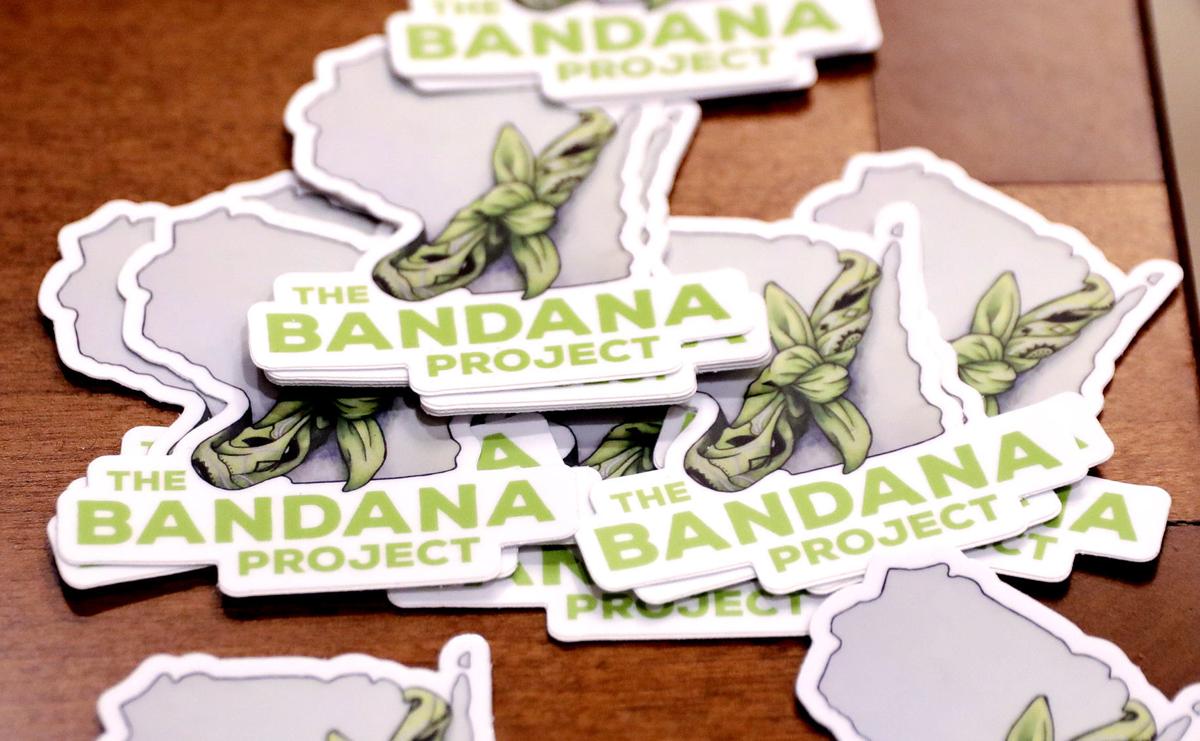 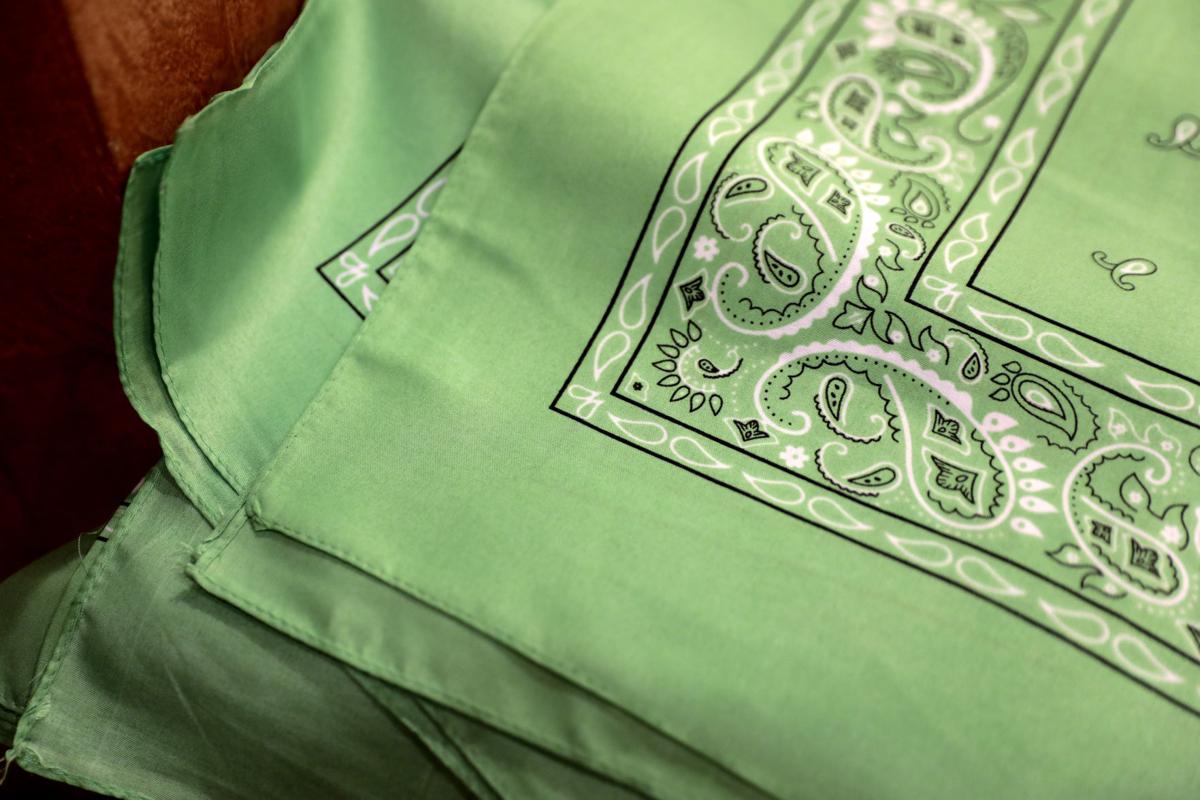 Conlin Bass selected lime green as the color for The Bandana Project because it's become the national color of mental health awareness.