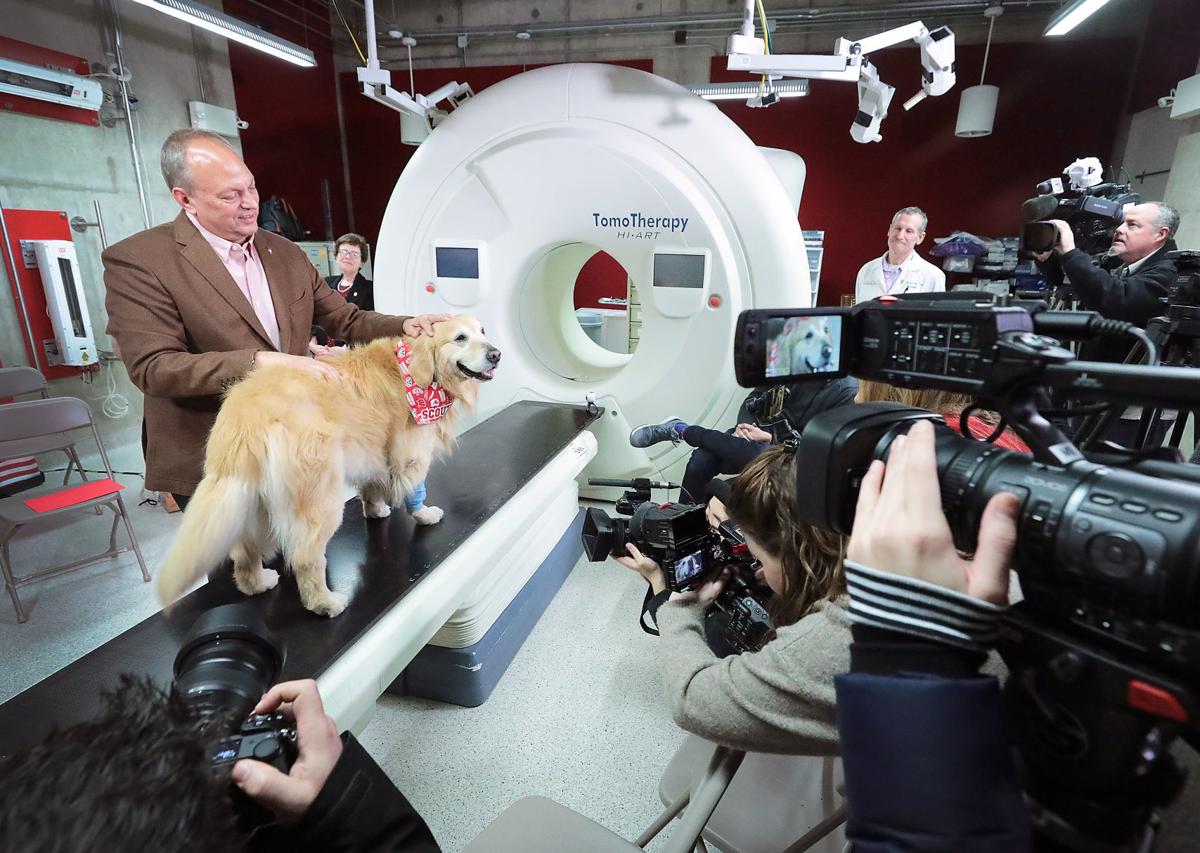 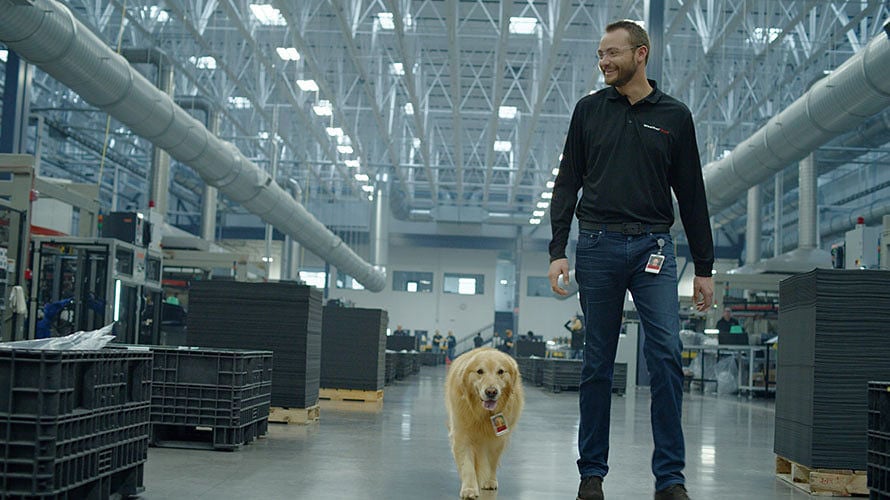 UW-Madison will make its Super Bowl debut thanks to a canine cancer survivor and his appreciative owner.

The ad has all of the elements needed for an uplifting, feel-good commercial: a furry friend confronted with a grim diagnosis, hard-working heroes, a happy ending and a plug to donate to the cause.

MacNeil, a dog lover who had lost three previous pooches to cancer, was devastated when an ultrasound identified an aggressive cancer on Scout’s heart that left him with no more than a month to live, according to the university. A recommendation from a local veterinarian led MacNeil last summer to UW Veterinary Care, the school’s teaching hospital.

Oncologist David Vail and other hospital specialists stabilized Scout’s condition and came up with an aggressive treatment plan. Some of the faculty and staff will appear alongside the 7-year-old golden retriever in the commercial that follows Scout’s journey to recovery.

The ad allows UW-Madison to showcase its research reputation to more than 100 million viewers during one of the most-watched TV programs in the country.

“We wanted this year’s Super Bowl effort to not only raise awareness, but also financial support for the incredible research and innovative treatments happening at the University of Wisconsin School of Veterinary Medicine, where Scout is still a patient,” MacNeil said in a university announcement. “We wanted to use the biggest stage possible to highlight Scout’s story and these incredible breakthroughs, which are not just limited to helping dogs and pets. This research will help advance cancer treatments for humans as well, so there’s the potential to save millions of lives of all species.”

Viewers are encouraged to donate to the school’s cancer research efforts at weathertech.com/donate. All funds raised by the commercial will be used to support research and purchase specialized equipment that will help clinicians better diagnose, treat and prevent cancers.

“So much of what’s known globally today about how best to diagnose and treat devastating diseases such as cancer originated in veterinary medicine,” School of Veterinary Medicine Dean Mark Markel said. “We’re thrilled to share with Super Bowl viewers how our profession benefits beloved animals like Scout and helps people, too.”

Dogs and people have similar cancer rates — about one in four dogs and one in three people will develop cancer in their lifetime. Naturally occurring tumors in dogs often share almost identical characteristics to human cancers in terms of recurrence and spread, response to treatment and more.

Three veterinary centers from across the country, including the UW School of Veterinary Medicine, are participating in the largest clinical trial of a veterinary medicine in history to test whether a vaccine could prevent many types of cancer in dogs — and eventually in humans. The five-year study began last year.

UW-Madison placed eighth in annual research spending — the lowest the university has ever ranked on the survey since it began in 1972.

A Verona couple survived the crash of their small plane Monday afternoon outside of Aspen, Colorado, authorities reported.

31 popular dogs that should stay inside this winter

Not all breeds are designed to pull sleds around the Alaskan tundra all winter.

Just in case you were planning on adding a pup to your family during the cold snap that's hitting much of the country.

Cats and dogs? Of course. Bears and turtles — why not? These aren't your everyday animal match-ups.

If the ordinance is approved, delivery robots would be allowed on UW-Madison's campus but prohibited in the rest of the city.

Dogs on leashes could be allowed in most of Madison's roughly 270 parks as soon as this spring. More than 40 parks would prohibit dogs.

I have devoted my life to the care of companion animals both personally and professionally. Dogs and cats are not laboratory equipment, they a… 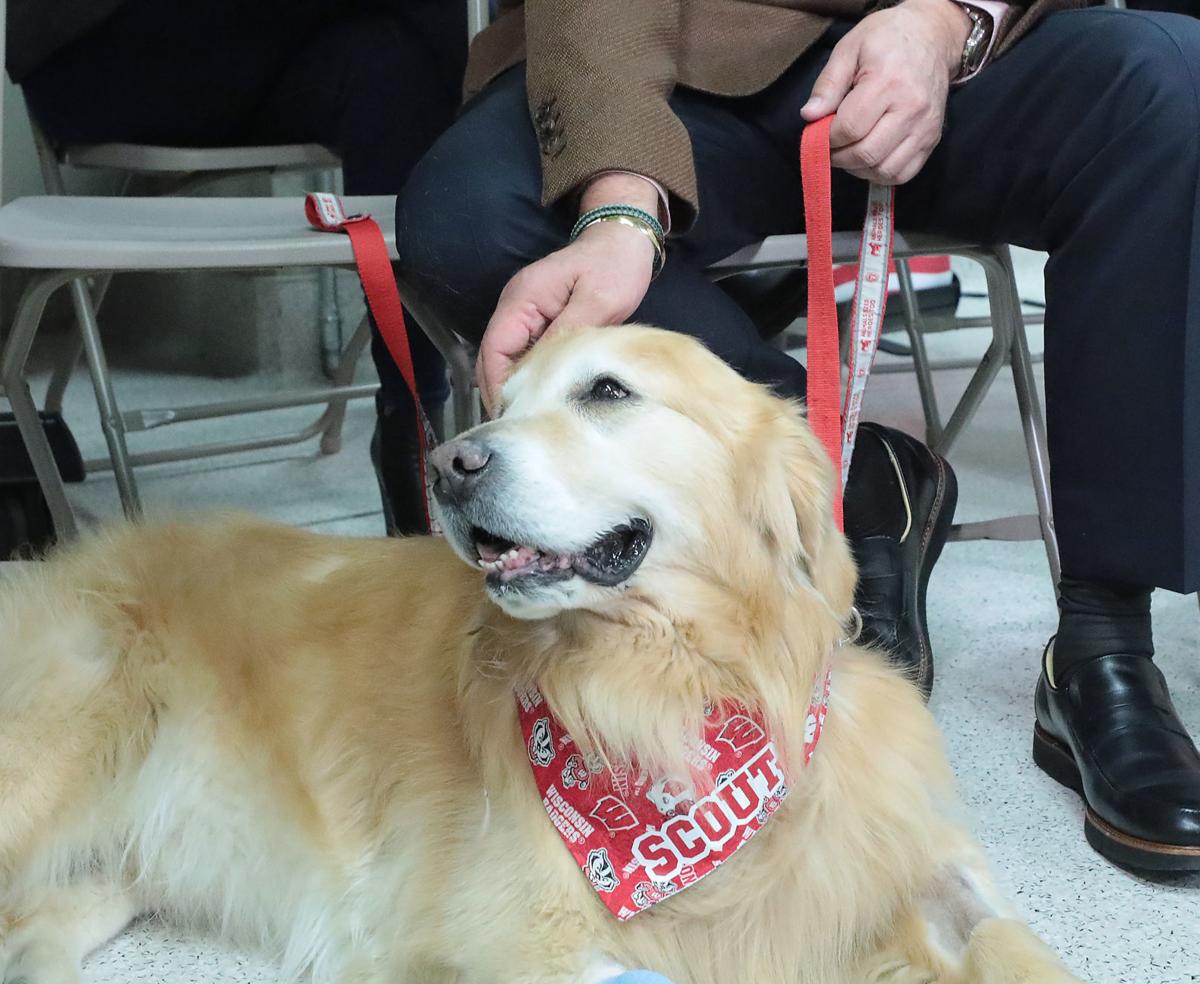 Scout, a golden retriever owned by WeatherTech chief executive David MacNeil, at a press conference Tuesday. The dog, who has been successfully treated for cancer at the school, will appear in a 30-second ad during the Super Bowl's second quarter.