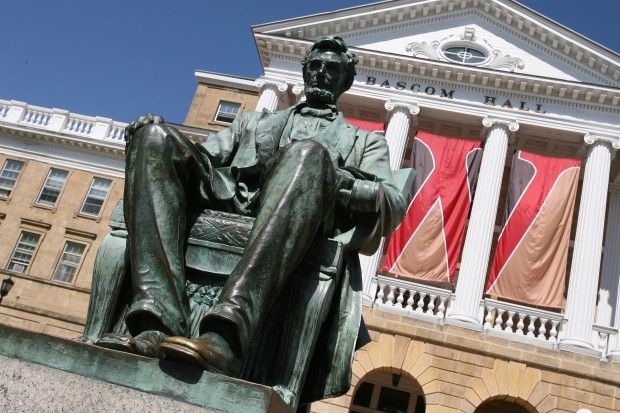 Possible budget cuts to the University of Wisconsin System could lead to a fight for more tuition dollars. 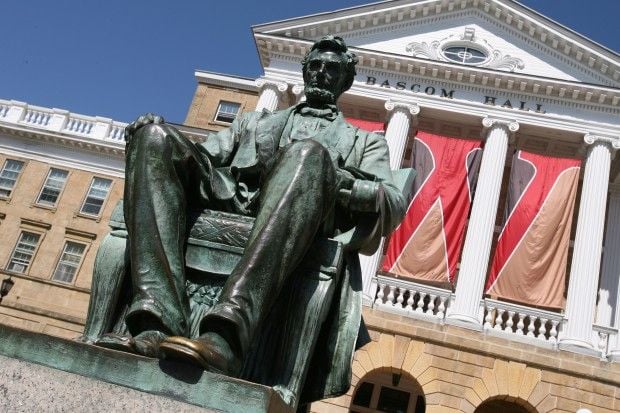 In coming years, the evolutionary theories of Charles Darwin may become more than academic at some University of Wisconsin campuses. They may find themselves in a Darwinian struggle to remain open and relevant in the face of two more years of expected state budget cuts and a tuition freeze for state undergraduates also expected to be extended another two years.

“You adapt or you die,” said Noel Radomski, director of the Wisconsin Center for the Advancement of Postsecondary Education at UW-Madison.

The immediate future of the 26 campuses within the UW System was brought into high relief this month as Gov. Scott Walker said he is considering giving the campuses more autonomy, possibly accompanied by budget cuts. The State Journal first reported the considerations, and Walker and System president Ray Cross acknowledged them Monday.

It’s unclear exactly what sort of flexibility would be offered, but UW-Madison Chancellor Rebecca Blank has said she’s not seeking to peel the school away from the System as her predecessor unsuccessfully tried to do. She also acknowledged recently that whatever happens, she expects a cut in state funding. And Cross emphasized that more autonomy wouldn’t mean less accountability to the public and taxpayers.

Without specifics of what extra operating flexibilities or budget cuts are in play, campus leaders throughout the state are left to plan for whatever comes next after Walker unveils with his 2015-17 budget proposal Feb. 3.

Plenty of adapting has occurred and will continue at campuses statewide: four of the previous five state budgets made significant cuts to the UW budget, according to the nonpartisan Legislative Fiscal Bureau.

Those campuses that charge the lowest tuition, relying more on state money that is expected to be cut again, will face the greatest squeeze. On top of that list are the two-year University of Wisconsin Colleges.

If the state funding cuts and tuition freeze come, whether accompanied by more autonomy in how the universities operate or not, they will likely accelerate a trend already occurring at campuses across the system: a rush to attract more students from out-of-state and abroad who will pay higher tuition, Radomski said.

Another idea to plug the gap that could help UW-Madison: pushing lawmakers and the Board of Regents to create another category of tuition for international students, already prized because they tend to pay full out-of-state tuition. Charging them more than other U.S. citizens from outside Wisconsin in theory could help universities financially without scaring too many of them off.

“The international market is still wide-open,” said Bernie Patterson, chancellor at UW-Stevens Point. “I think in today’s world everything has to be on the table. How we structure tuition should be part of the conversation.”

The numbers vary widely. Some campuses charge only students in particular programs. At others, the extra payment is across-the-board. At UW-Oshkosh, undergraduates pay an extra $124 a year in tuition. Their peers at UW-La Crosse pay an extra $1,146.

UW-Stevens Point is one of the three campuses that don’t charge differential tuition but is trying for the third consecutive budget process to win the right. The proposal would tack on $200 a semester in a phased-in process. The extra money would go toward adding sections of overflow courses and academic advising.

“We’re certainly trying to pursue every avenue because we very much want to provide our students the same opportunities,” Patterson said.

Like every other campus, UW-Stevens Point has seen a dramatic increase in out-of-state students over the past decade, welcoming 159 percent more last fall than in 2004. Across the System, the number of out-of-staters jumped 60 percent in the decade. Homegrown students declined by about 2 percent.

Patterson cautioned that the increase has not come at the cost of in-state students. All who qualify have a spot waiting for them at state campuses, he said.

Still unknown is the extent of cost savings that may come if the Legislature approves UW System requests for more autonomy in purchasing, building and human resource tasks, or if they can in any way offset cuts in state funding. Cross said last week that the Board of Regents specifically sought “maximum flexibility” in procurement and capital bonding.

The UW-Madison chancellor is partially right. What she's not saying is that some UW System programs and majors are over-priced.

Possible budget cuts to the University of Wisconsin System could lead to a fight for more tuition dollars.