University of Wisconsin System auditors identified a range of missteps in the bidding process for an information technology project at UW-Madison, including two perceived conflicts of interest and several violations of state procurement policy.

UW-Madison last year was looking for a vendor to start its Administrative Transformation Program, a massive effort to move the school’s administrative services, such as payroll, to a cloud-based system.

The multiyear project, jointly sponsored by the university and the System, will eventually benefit all UW campuses but the work in getting it up and running has been primarily staffed by UW-Madison employees up to this point, university spokesperson John Lucas said.

UW-Madison in late February canceled requests for all future bids just a few days before one of the losing vendors, Deloitte Consulting, alleged that two of its competitors, Huron and Accenture, helped craft part of the bid and were then selected for roughly $800,000 contracts despite Deloitte initially earning the highest score.

The System’s Office of Internal Audit completed its review earlier this month. The office reports to the System president and UW Board of Regents but has independent authority. The report, provided at the Wisconsin State Journal’s request, found no “direct evidence” of a conflict of interest but observed instances of what officials described as potential conflicts of interest. These include a vendor that conducted some “pre-planning work” before being selected for the bid and a UW-Madison employee who had a previous relationship with one of the vendors.

UW-Madison officials told System officials they didn’t believe these actions amounted to conflicts of interest and that any perceptions “did not have a material impact on the procurement.”

Among the audit’s other findings:

Auditors recommended the System or a third-party agency or campus manage the process seeking new bids to ensure a competitive playing field and restore confidence in the vendor community. They also suggested the committee that evaluated the bids be replaced with new members.

UW-Madison chief financial officer Laurent Heller, in a written response to System chief auditor Lori Stortz, cited the pandemic and its strain on staff resources as a contributing factor to the problems that arose. He said the university proactively brought the matter to the System’s attention after realizing errors occurred.

Heller pledged to implement the report’s recommendations and restart the bidding process as soon as possible.

Deloitte, the vendor that raised concerns earlier this year, said in a statement that it was pleased an independent investigation confirmed the company received the highest score among vendors and that there should have been more transparency and clarity throughout the bidding process. The company also said it looks forward to future opportunities to work with the System. 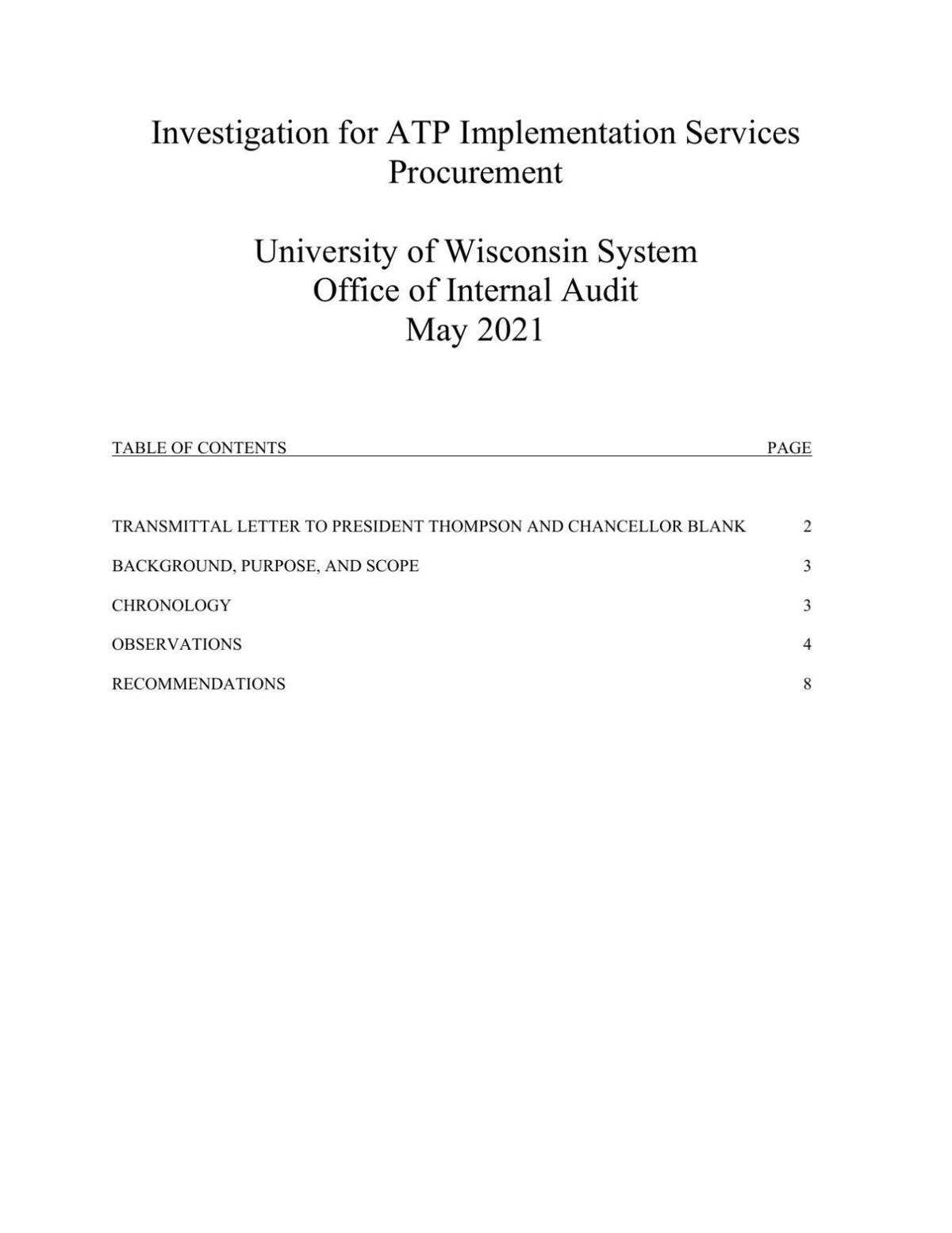 The vice chancellor for legal affairs is one of a handful of leaders reporting directly to the chancellor.