UW-Madison students on the west side of campus wanting a workout can head to the Bakke Center in a few years.

The new fitness facility on the site of the former natatorium, 2000 Observatory Drive, will bear the name of the Bakke family, who are contributing $20 million to the $113.2 million project expected to open in 2023.

The donation from Jim and Sue Bakke was announced at a ground-breaking event on Thursday. Jim is a UW–Madison alumnus and president and CEO of Sub-Zero Group, a luxury appliance company based in Madison.

The Bakke Recreational and Wellbeing Center will offer a 25-yard recreational pool, eight basketball courts, an ice arena and indoor track, well-being services such as massage therapy and meditation, and a teaching kitchen for nutrition programs.

“The Bakke Center is going to re-define what a center for recreation and well-being can be,” Chancellor Rebecca Blank said in an announcement. “It will be a space that welcomes the public with community memberships and events, camps and clinics, cooking classes, and 1:1 nutritional counseling. And there is no question that the Sub-Zero Ice Arena is going to be one of the hottest spots on campus!”

University officials determined that remodeling the natatorium would have been more than 50% of the cost of a new building and set about building a replacement.

The majority of the funding, $76.6 million, is coming from student fees, which students approved in a 2014 referendum. Another $16.6 million is coming from other gifts and institutional funds, some of which will help fund the Adapted Fitness Program.

Housed in the School of Education’s Department of Kinesiology, the Adapted Fitness Program personalizes physical activity programs for community members with disabilities. The program also gives students an opportunity to earn credits and experience in working with this population. A donation from alumni Mike and Ginny Conway will allow the program to expand beyond current limits by dedicating 5,000 square feet of space in the Bakke Center.

The building was approved in the 2019-21 state budget for $126.4 million, about $13 million more than what UW-Madison now estimates the project will cost. Aaron Hobson, the university’s director of Recreation and Wellbeing, said remaining funds will be held in reserve until construction is complete. It’s unclear how any potential surplus money would be spent, which would be decided at a later date. One possibility is that students could receive a partial refund through reduced fees.

UW-Madison recently held a grand opening for its other major fitness facility. The Nicholas Recreation Center, more commonly known as the Nick, opened last fall at 797 W. Dayton St., about eight months later than expected. Officials cited the historic flooding in 2018 and the polar vortex in 2019 for the delay.

Some in the campus community say Honorlock's testing technology is invasive and discriminatory.

The center will be a place for the nearly 7,000 DACA recipients living in Wisconsin to get help — something other states already have.

A rendering of the Bakke Recreation & Wellbeing Center, a $113.2 million fitness facility on the site of the former natatorium, 2000 Observatory Drive, expected to open in 2023. 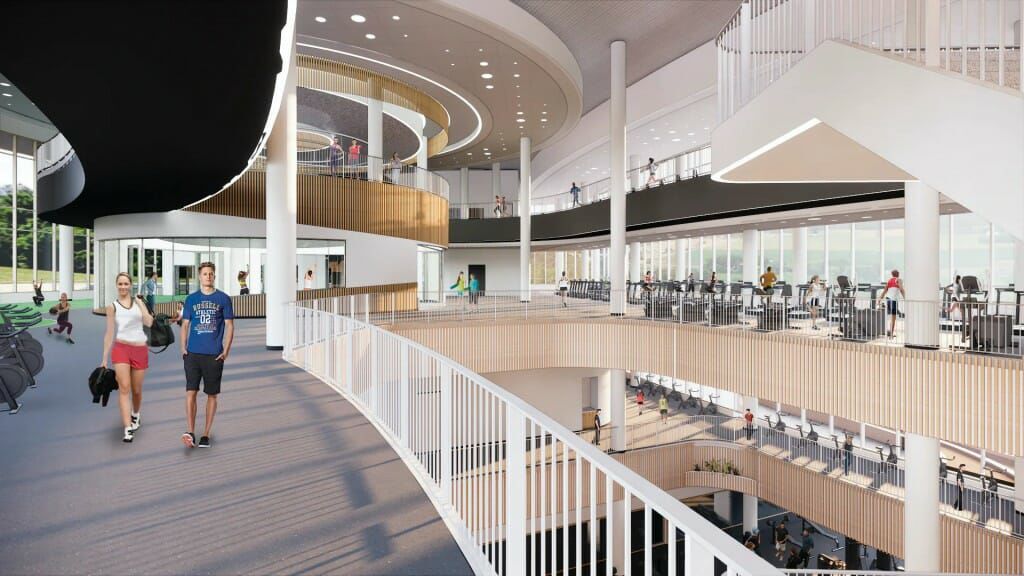 The design features an open floor plan over several levels.