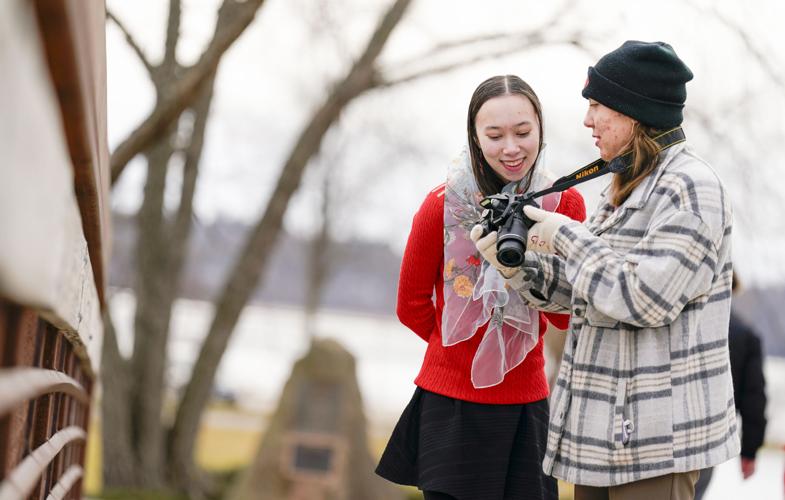 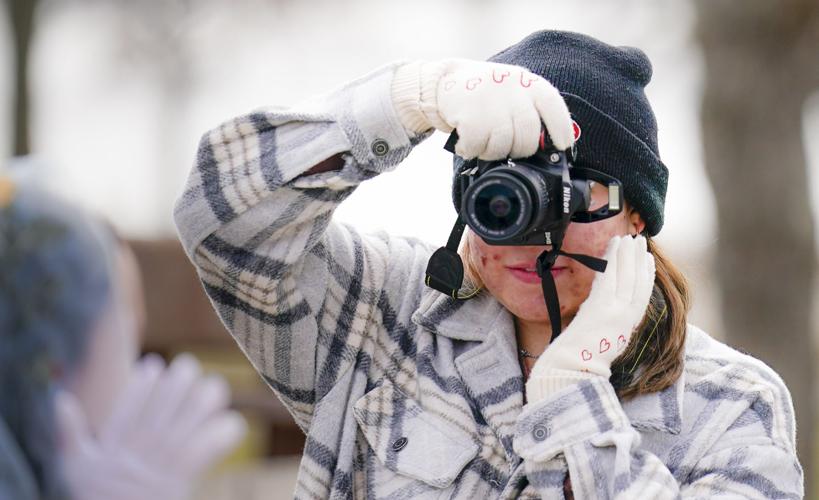 Kira Sotos photographs Sophie Thai, who was the model for Sotos' award-winning portfolio "One Girl, One Pair of Earrings, Ten Decades." 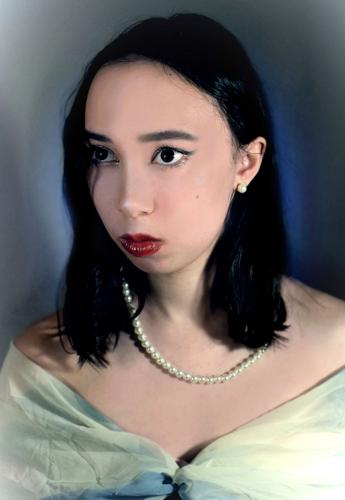 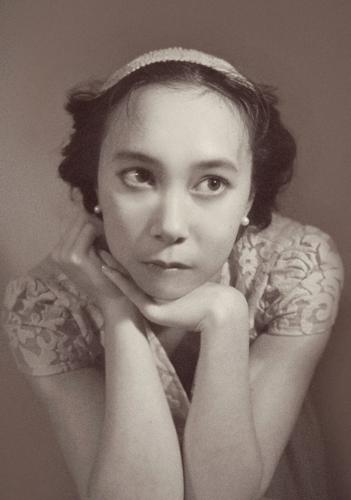 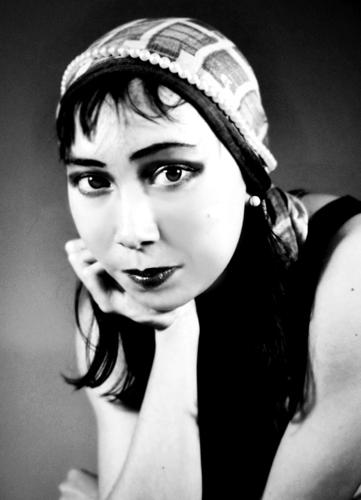 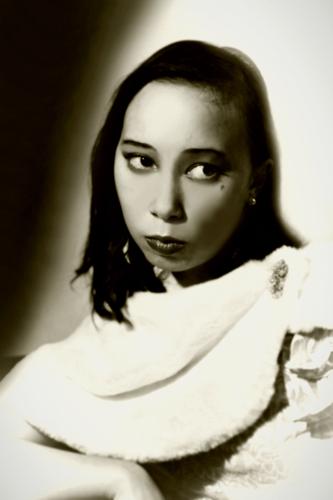 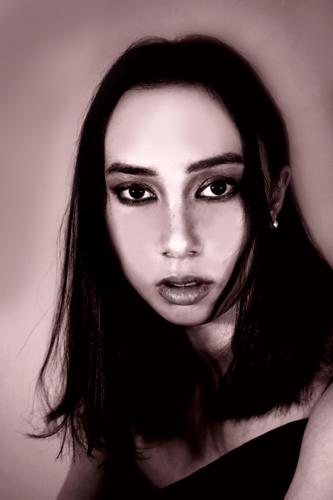 Kira Sotos has been creating art since she was a child, but getting a camera in her sophomore year opened up a new direction for her creativity and has led to a prestigious award.

Sotos, a senior at West High School, has received a 2022 YoungArts award in photography and design.

Her winning portfolio, which was titled “One Girl, One Pair of Earrings, Ten Decades,” featured the same model portraying the various time periods.

“I knew I wanted to experiment with different photography looks from the early to late 1900s, but I wanted to add a modern constant. That is where the idea of using one model throughout all 10 decades came in, but to really solidify that idea, I wanted to incorporate something timeless — the pair of pearl earrings,” Sotos said. “My art style and projects are often influenced by media and techniques from the past, but overall, I enjoy making art that incorporates both past and future.”

YoungArts was established in 1981 and its award winners have included well-known people working in the arts such as actors Timothée Chalamet and Viola Davis and poet and activist Amanda Gorman.

Sotos was recognized at the merit level, the organization’s third highest honor, and joins 720 other visual, literary and performing artists from throughout the country.

The prestigious competition is open to students who are 15 to 18 years old or in grades 10 through 12. YoungArts award winners gain access to a comprehensive program for artists in the United States, which provides opportunities for financial, creative and professional development support throughout their careers, including a wide range of fellowships, residencies and awards; microgrants and financial awards; online and in-person presentation opportunities in collaboration with major venues and cultural partners nationwide; and access to YoungArts Post, a free, private online platform for YoungArts artists to connect, collaborate and discover new opportunities.

“I was really excited when I got that email (about winning). It is just kind of a fun thing for me to do with my art,” Sotos said. “I like vintage and retro photography and I just want to emulate that. I want to put my own twist on it.”

Sotos, who will graduate early in January and then enroll in the graphic design program at Madison Area Technical College, said she started drawing and painting as a child but then began venturing into other mediums. This year she has been working with block printing and wood carving.

Her grandmother, Christine Sotos, who taught art in Lake Geneva schools and sold mostly watercolor paintings in a gallery, was a big influence. Not only was her grandmother creating art, but her home filled with old artwork, trinkets and other artsy items that served as inspiration for Kira.

Sotos chose her friend, Sophie Thai, a fellow senior at West, as a model as the “One Girl” in her photos.

“She just kind of had a timeless look about her face,” Sotos said. “I wanted someone who looked like they could be part of each time period.”

Thai, who has modeled for her friend before, said Sotos “always does my makeup kind of fancy.” Thai said Sotos always has a particular concept she is trying to achieve and directs her to take on certain moods.

She said the two found props to represent the time periods from items they had on hand.

“We were trying to get a specific look but obviously we don’t have clothes from 1910 so we had to kind of improvise,” Thai said.

Sotos said Claire Roszkowski, her ceramics teacher at West, has continuously supported her artistic endeavors, helped her grow and branch out as an artist and pursue different opportunities.

Roszkowski has seen Sotos’ photography and says she is deserving of the award.

“She is such a creative and prolific artist, she is always just making something,” Roszkowski said.

She has been impressed by how Sotos takes assignments to another level. One example was a coil pot she made after Roszkowski sent home 15 pounds of clay and some tools when students were learning at home last year amid the COVID-19 pandemic. Rather than creating a typical coil pot, Sotos built in the profile of a woman’s face and her hair.

“Even if you made it at school (it would have been impressive) but the fact she made it at home was really impressive,” Roszkowski said. “She was the only person (of 150 students) who took it in that direction.”

Sotos also made a “really awesome” birdhouse that looked like Garfield the cat, Roszkowski said.

“It’s really funny to think a bird would want to live inside a cat’s mouth,” she said.

“After years stored away in the farthest reaches of the school and deep within teachers’ and alumni’s homes, West High memorabilia are finally being rediscovered and appreciated for the beautiful artifacts that they are,” West High School senior Amitabha Shatdal said.

Kira Sotos photographs Sophie Thai, who was the model for Sotos' award-winning portfolio "One Girl, One Pair of Earrings, Ten Decades."