Leaders of local teachers union Madison Teachers Inc. filed a class-action complaint Wednesday with the Dane County Circuit Court against the Madison School District, the latest development in a dispute over teacher contracts.

The lawsuit was filed after the district reissued next year’s teacher contracts along with a letter outlining expected pay increases for education and experience on Monday, amid a dispute regarding the absence of the pay increases from the document teachers must sign by June 15.

MTI, which has called for reissued contracts that include the dollar amount increases in a legally binding document, said the reissuing of contracts along with a letter to outline the increases was not agreed upon by the district and the union.

Through the complaint, union leaders are seeking a declaratory judgment from the court to resolve the conflict between the district and the union.

A declaratory judgment is a request for the court to interpret a contract or a law. It’s not an action seeking damages or an injunction but an action for interpretation, said Lester Pines of Pines Bach, the firm representing union leaders.

“The court can determine the best way to rectify the conflict,” Pines said.

District spokesperson Tim LeMonds declined to comment on the dispute Wednesday due to the litigation.

“However, I can say the district is continuing to work with MTI to come to an agreement and a place of mutual understanding,” he said.

According to MTI, the district issued contracts initially by the May 15 deadline, before reissuing them on Monday, but the documents contain “inconsistent and contradictory terms defining salaries.” Contracts sent Monday by the district reflect the 2020-21 school year salary, and defer salary increases until after the Board of Education has voted on the 2021-22 budget.

“In one place the contracts say the employees will be paid their current salary, and in another place they include scheduled pay increases,” MTI spokesperson Michelle Michalak said in a statement. “MTI and its members actively sought correction of these contracts by the district, to no avail. Those efforts included numerous meetings, as well as a formal grievance pursuant to the district’s internal grievance process. Unfortunately, district administrators denied that grievance without comment.”

MTI hopes the court will determine that contracts must include scheduled pay increases, Michalak said.

The union is instructing teachers to hold onto both contracts until at least June 15 while it attempts to resolve the conflict through the court.

District administration has the ability to extend the deadline but has told staff they will move forward with processing teacher resignations if signed contracts aren’t returned by June 15, Tamara Packard, the attorney representing union leaders, said.

The district has 20 days to file an answer to the lawsuit before the court schedules hearings.

Start of the dispute

The disagreement arose after MTI asserted the district had been in breach of contract in years past for issuing the legally binding documents that listed salaries with the increases before the yearly budget was approved by the board.

The district determined the union was correct: The administration did not have the authority to include expected salary increases in staff contracts prior to budget approval, LeMonds said in a statement earlier this week.

But Packard offered a different story: After teachers returned signed contracts that included the pay increases last year, district administration told staff they weren’t authorized to include the increases in staff salaries until the yearly budget was passed — something teachers and the union argued was a breach of contract.

MTI president Michael Jones asked the board in May to tell the administration to either reissue updated contracts that include the increases or employ the services of a federal mediator to resolve the dispute and to avoid future conflicts regarding employment relations issues. The lawsuit was brought by the union’s leaders because the union itself is not allowed to sue the district per its collective bargaining agreement.

“If this cannot be resolved through the board or through an agreed-upon mediator, we will do our best to address our collective concerns through the courts,” Jones said in May.

MTI filed a complaint against the district earlier that month for sending out employee contracts that didn’t include the raises, a change from what had been a decades-long practice.

If the district’s 2021-22 preliminary budget draft is adopted as is, teachers would see an average salary increase of 3.23%, including a 1.23% cost-of-living base-wage raise plus automatic raises for length of service and educational attainment.

The board is expected to vote on the preliminary budget at the end of June. The final budget will be voted on by the board in October. 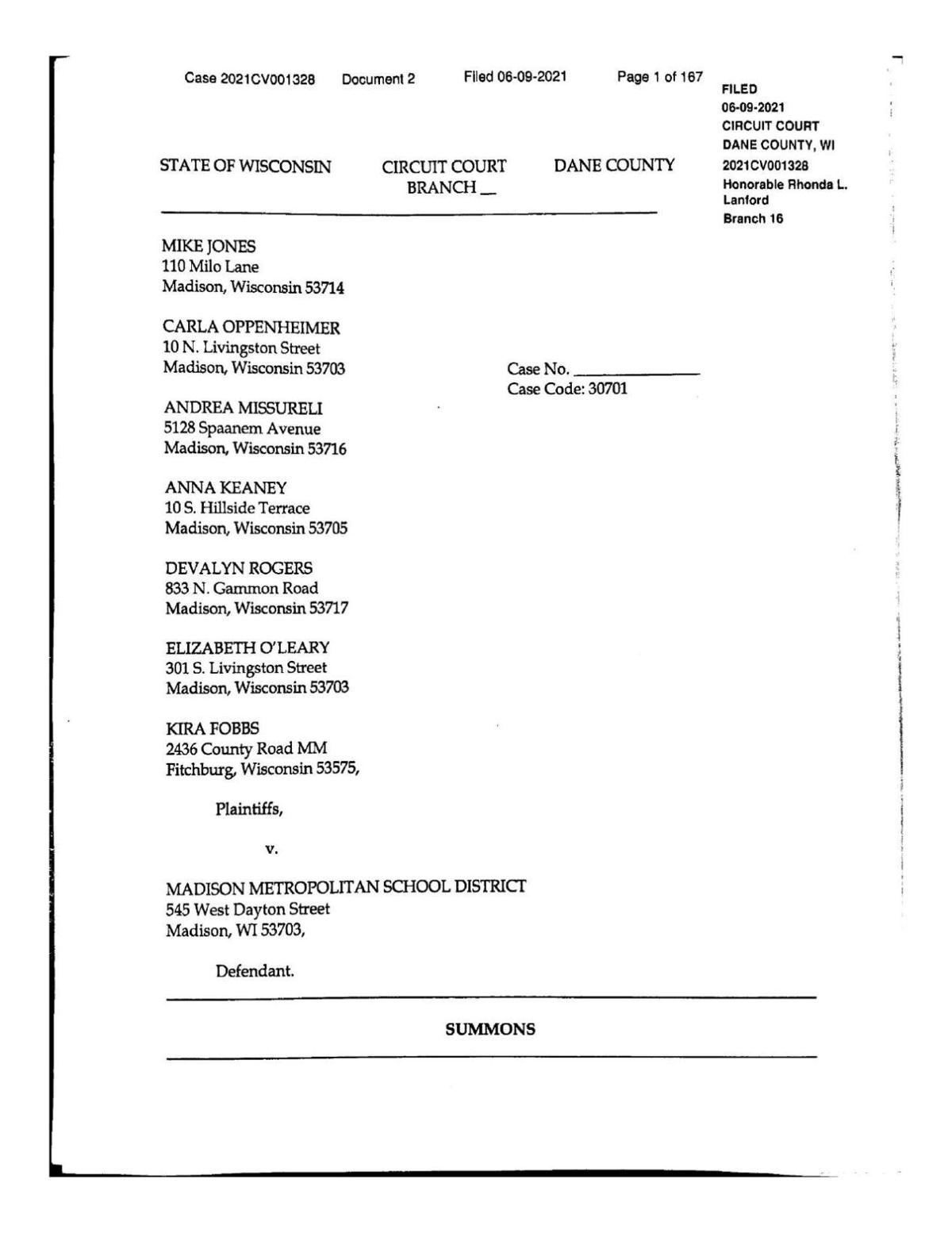 GALLERY: A look inside Neenah Creek Elementary School in Briggsville

Thank you notes at Neenah Creek

The district announced Thursday plans to resume in-person instruction five days a week for all grade levels starting in the fall.