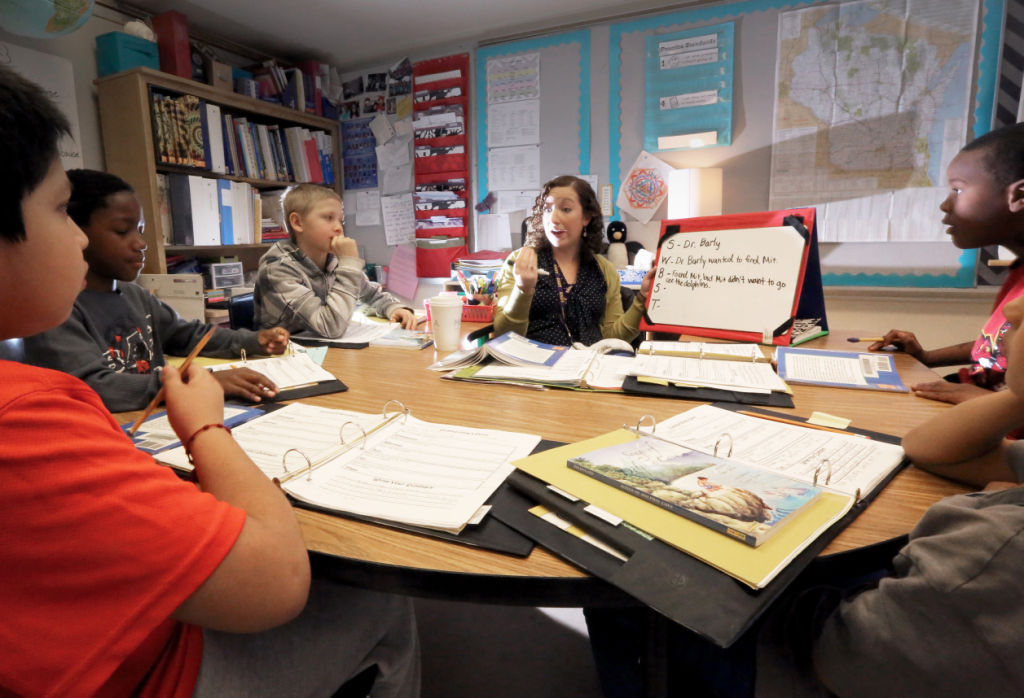 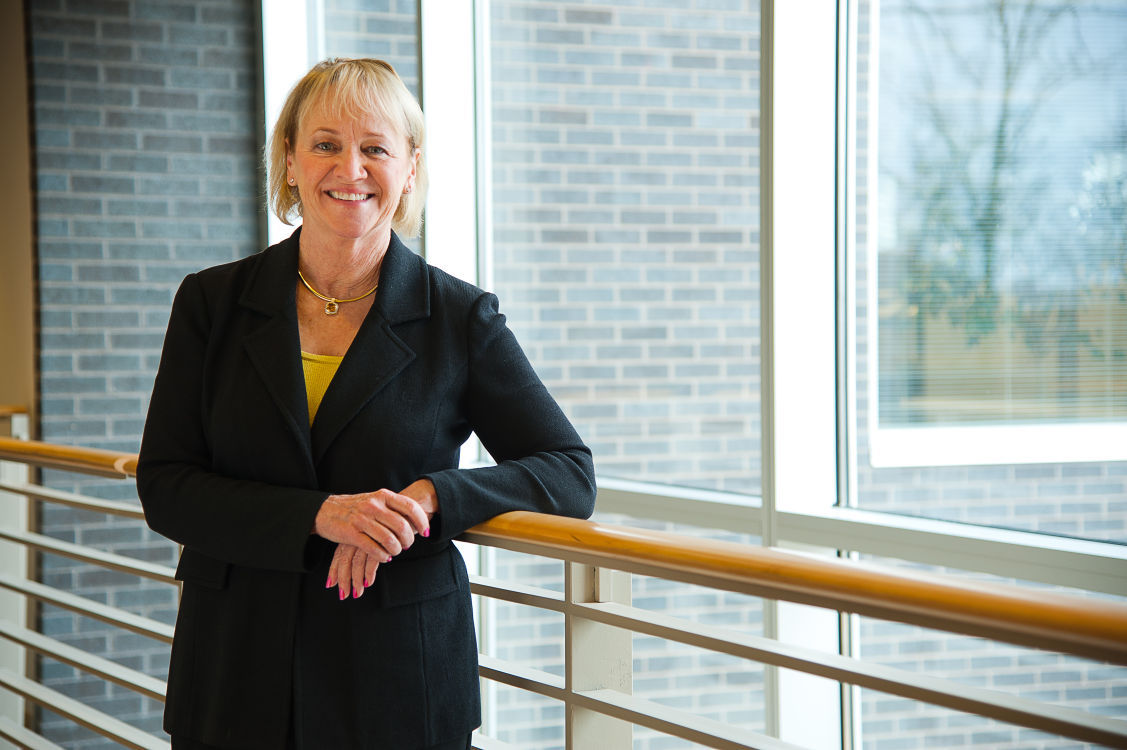 State education officials have tapped a former state lawmaker’s company to create a new exam for Wisconsin elementary and middle school students, replacing the problematic Badger Exam that students took for the first and last time this spring.

The state is negotiating a contract with Minnesota-based Data Recognition Corporation to build a test called the Wisconsin Forward Exam that will still be aligned to the Common Core State Standards in English and math, despite Gov. Scott Walker’s opposition to them.

Susan Engeleiter, chief executive officer and president of DRC, was the Republican Senate minority leader in the 1980s. She also ran an unsuccessful campaign against former U.S. Sen. Herb Kohl, a Democrat, in 1988.

Engeleiter gave Walker’s campaign $10,000 in October 2014 and $500 to state Superintendent Tony Evers in 2013, according to Wisconsin Democracy Campaign records.

The test DRC plans to build for Wisconsin, if the contract is finalized, is Web-based but will not be able to adapt the difficulty of test questions to a student’s abilities, a feature the Badger Exam was supposed to have but didn’t because of technical difficulties.

Department of Public Instruction spokesman John Johnson said DRC’s bid for a 10-year contract to build and administer the test is $63 million. He said the cost for the Badger Exam over 10 years was $104 million. The state is in negotiations to recoup money on the ill-fated Badger Exam, according to DPI.

The new exam will test students in English and math in grades three through eight, and in science for students in grades four, eight and 10. The plan is to have the test ready by spring, according to DPI.

Johnson said the test will be shorter than the Badger Exam, which took students about four and a half hours to take.

DRC built a test that Wisconsin uses now to test students learning English as a second language. The company this summer acquired rights from McGraw-Hill Education to administer the TerraNova test, which is popular with Wisconsin voucher schools, according to the Public Policy Forum, a Milwaukee-based nonpartisan research group.

“We truly feel privileged to have the opportunity to help Wisconsin implement this new testing program,” Engeleiter said. “We look forward to engaging Wisconsin educators in the development of these innovative, high quality assessments.”

According to DRC spokeswoman Pam Enstad, DRC has provided statewide assessments in 14 states.

Testing giants ACT and Pearson also bid on the contract, said DPI spokesman Tom McCarthy. McCarthy said the state couldn’t release information about the other bid proposals, including estimated cost, until a contract is finalized.

The bidding process is handled by the Department of Administration, which oversees all state contracts. DOA spokesman Cullen Werwie said the bidding process included an evaluation team selected by DPI, and was made up of four DPI officials and an “outside evaluator.”

“Ultimately the DPI Superintendent made the decision to proceed,” Werwie said in an email. McCarthy added that the process is “blind,” and that no one involved knew which companies were responsible for which bids until the very end of the process when a DOA official overseeing the bidding process revealed which company was ultimately chosen. At that point, Evers allowed the contract negotiations to proceed, he said.

“I’m pleased to see the process come to a decision, but I really haven’t had time to sit down to examine the company. It seems that the consensus was that ACT was going to win this (contract),” he said.

Thiesfeldt said it’s possible that because the company produces the TerraNova test, it “may have some benefit that ACT would not have had” because the test engine is the same.

The recently passed 2015-17 state budget abandoned the Badger Exam, which was going to cost the state $7.2 million more than expected for the next two years, and didn’t work as expected. Students took a scaled-back version of the test this spring.

The new test company will build the exam using their own questions and new ones that will be created using input from Wisconsin educators, Johnson said.

He said the state intends to sign a 10-year contract.

Senate Education Committee chairman Sen. Luther Olsen, R-Ripon, said he hopes the news means the state can stick with one test going forward. Students will take three different tests in as many years by next spring.

Olsen said use of the new test instead of a Smarter Balanced test means state education officials won’t be able to compare Wisconsin students’ academic abilities to other states’ students.

“The only thing I’m disappointed about is we’re doing our own state test so we can’t really compare us to other states, which was a big benefit of the Smarter Balanced (exam),” he said. “So, we’ll continue to live in this fairyland, saying, ‘Oh we’re doing great,’ well, maybe we aren’t.”

“We’re pleased with the process moving forward because we’ve been in a period of uncertainty,” he said, adding that he expects the test will likely include features that will be especially helpful for teachers making decisions about instruction.

The absence of an adaptive feature in the test isn’t concerning, he said.

“The adaptive portion (of assessments) has proven problematic technically to pull off. I think it has nice features but I don’t think the science is there yet,” Bales said. “We’re mostly interested in getting something established.”

A spokeswoman for Walker did not immediately respond to a request for comment.

UW-Madison researchers are on a team that identifies a new human-like ancestor in bones found in a South African cave, and the university exce…

The bad news is that it could end up being a pretty poorly designed test.

The constitutional amendment would allow the Legislature to take "immediate action" if the superintendent was not meeting goals.

With comparisons not possible, questions abound over how much weight to give results.

The issue affects middle school students who opted out of the Badger Exam last spring and are now taking high school-level courses this year while still in middle school.

The Badger Exam, built around questions from the Smarter Balanced Assessment Consortium, will not be adaptive to a student's abilities.

More than 8,000 Wisconsin students opt out of Smarter Balanced exam, 700 in Madison

Seven percent of Madison students opted out of the test, compared to 2.2 percent of students statewide.