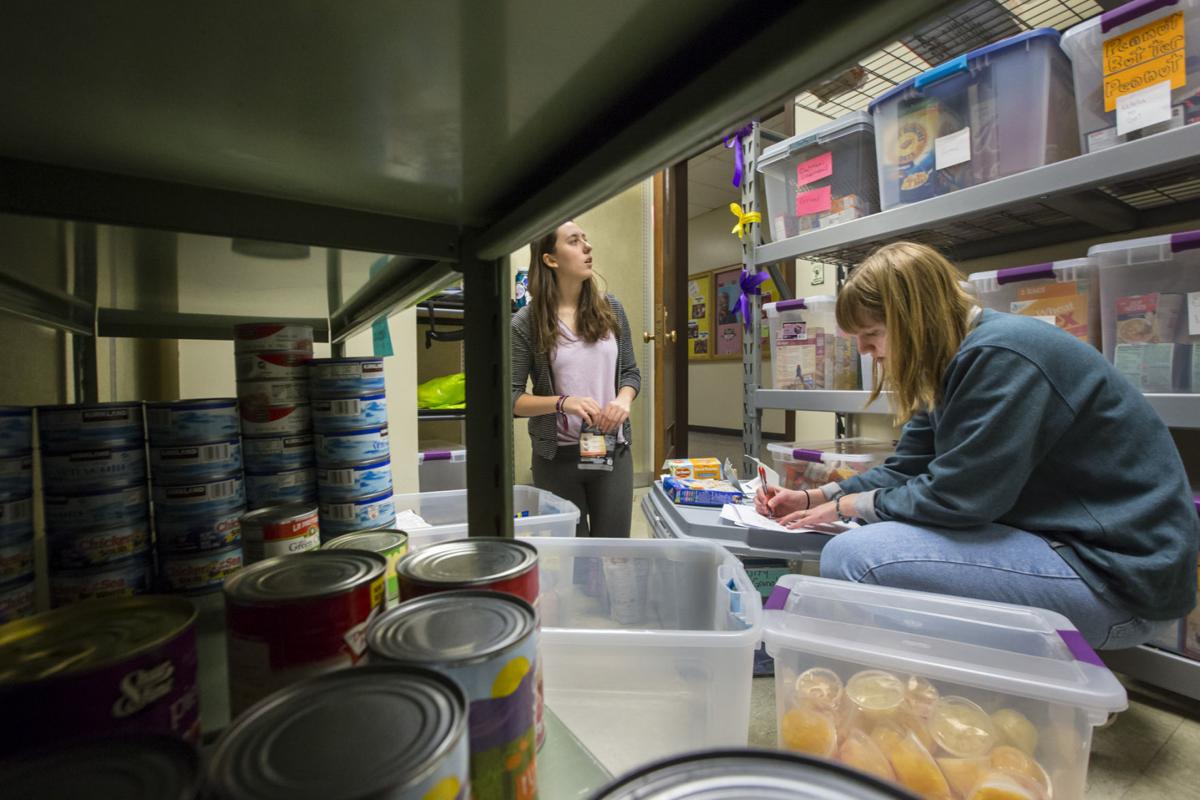 Senior Kyra Raines, left, and sophomore Eliza Meyer stock and take inventory of items last week in East High School’s new food pantry. The Food for Thought Pantry, located on the second floor of the school, has been operating since early January. 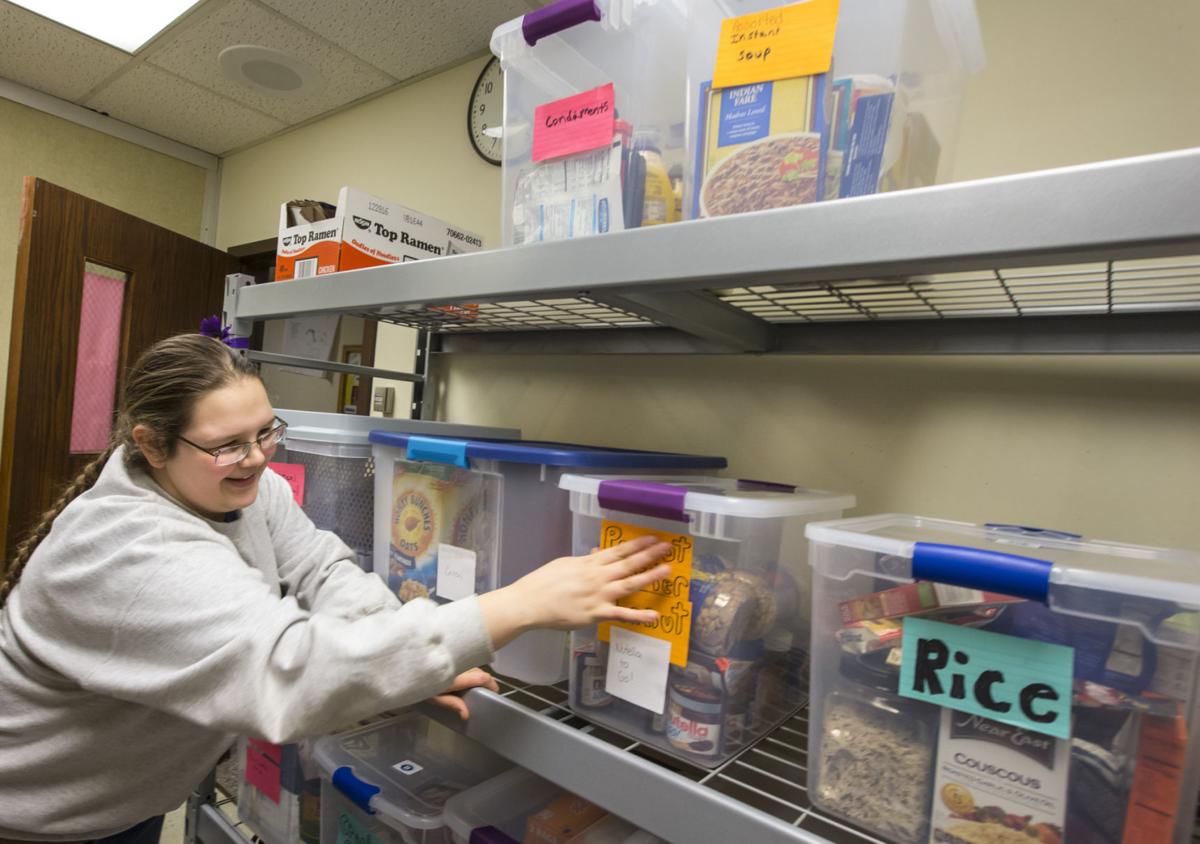 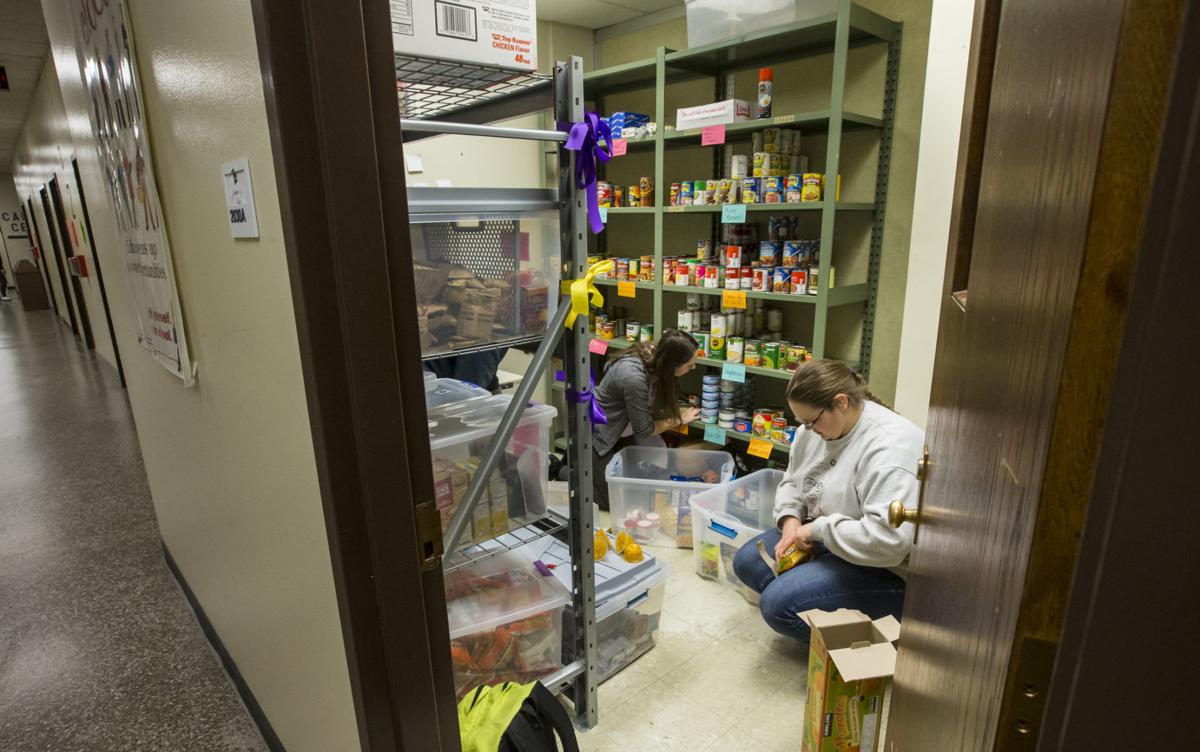 Organizers of the new food pantry at East High School hope to feed hungry students and provide a blueprint for other schools.

“You hear all these struggles that students around you are having — students that don’t have access to food all the time,” said senior Hannah Rittman, 17, who also noted that students who are hungry don’t learn as well.

The Food for Thought Pantry was opened in a small room on the second floor of East High School. The pantry, which started serving students at the beginning of January and had an official grand opening last week, is still evolving.

Currently, students who need to use the pantry contact Helena White, Food for Thought Club adviser and speech and language therapist, who has kept a fruit bowl in her room for hungry students for years. In the food pantry, the students grab a backpack and fill it with whatever they need and then return the backpack later.

The idea was hatched by community members Joel Wish and Lea Aschkenase, whose mother was involved with a food pantry at a Massachusettes high school. They contacted Jani Koester, resource teacher in the transition education program that works with homeless students in the Madison School District, who confirmed the need for a pantry, especially at East High School.

At East, 56 percent of the students qualify for free or reduced lunch, well over the state average of 37 percent. Since September 2015, East has identified 114 homeless students.

Aschkenase, Wish and other community members then approached officials at East, where the Food for Thought Club was established to run the pantry.

The community members also have garnered support for the food pantry. UW Health at the American Center has been a backbone to the program through its food donations, and First United Methodist Church, which has a pantry of its own, has offered storage space. In addition, a donation barrel has been placed in the usher area at the Overture Center where Jim Green, who also has been involved in getting the pantry off the ground, is an usher.

“We are all in a place of privilege,” said Sophomore Eliza Meyer, 15, about herself and other members of the Food for Thought Club. “I never have to worry that I am not going to have food to eat.”

Each Tuesday, the State Journal features a story about learning in Wisconsin.

Do cans of chili and bags of rice ever actually expire?

Senior Kyra Raines, left, and sophomore Eliza Meyer stock and take inventory of items last week in East High School’s new food pantry. The Food for Thought Pantry, located on the second floor of the school, has been operating since early January.