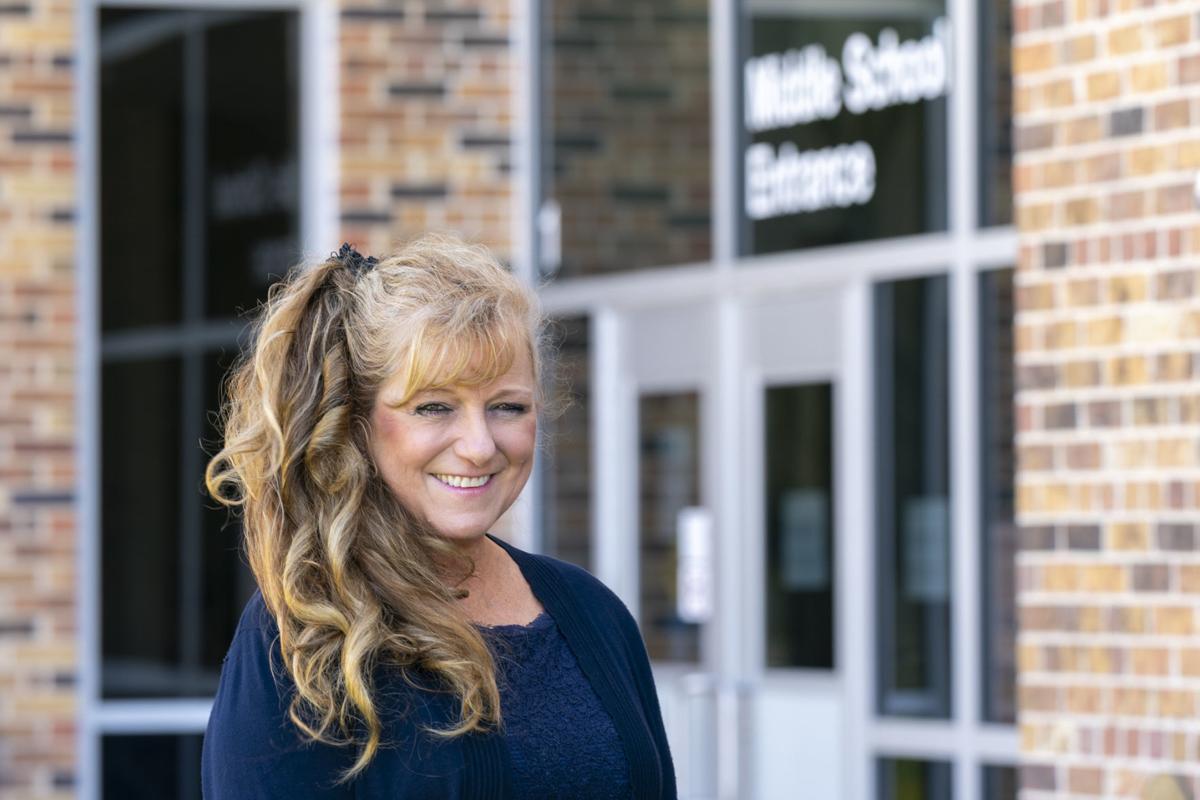 Sue Abplanalp -- who came to the Madison School District in 1996 as principal of Lowell Elementary School and served in a variety of administrative roles at the district level before going back to being a principal, will take the helm of Jefferson Middle School on July 1 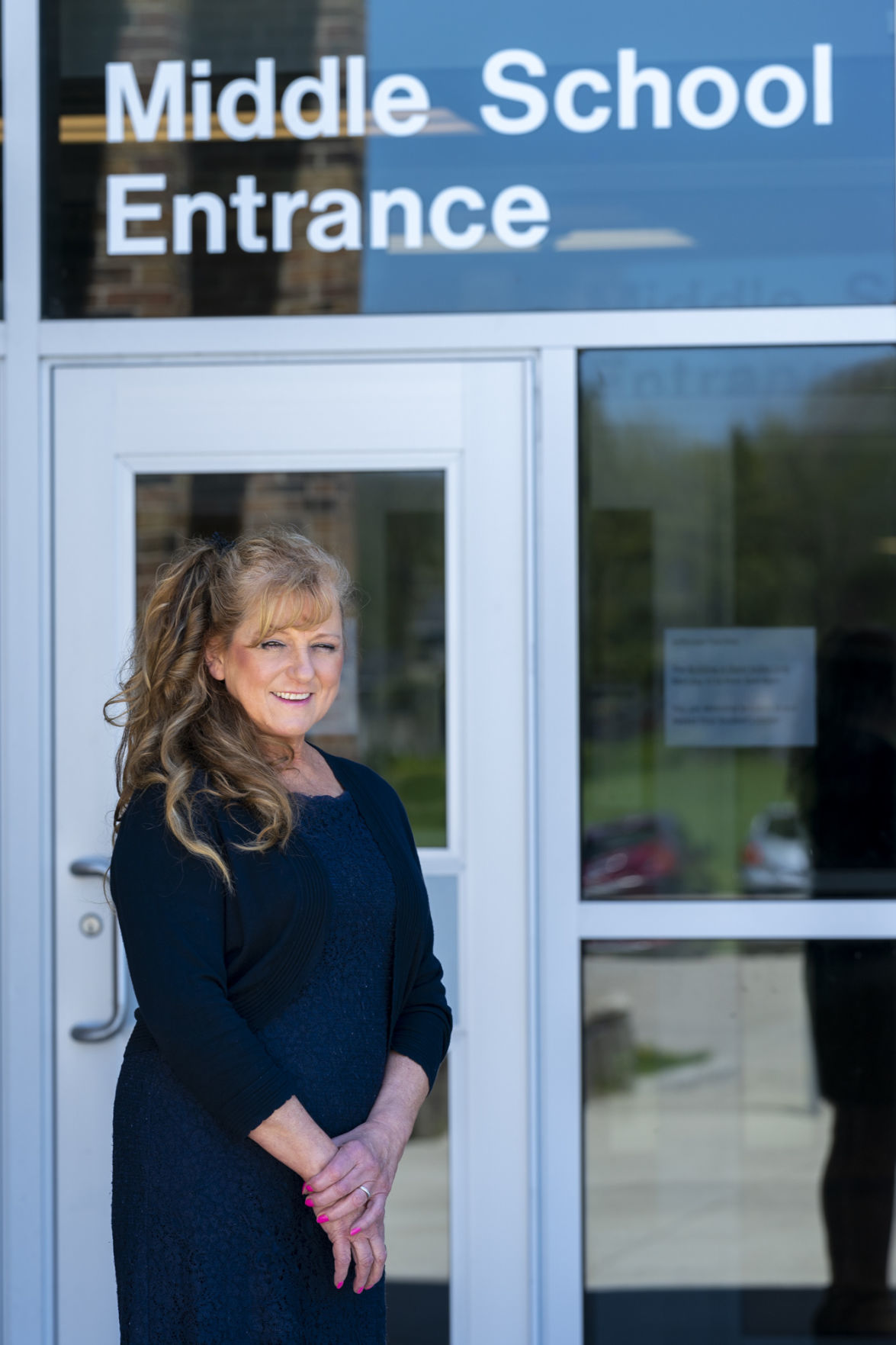 Sue Abplanalp is the new principal at Jefferson Middle School.

When Sue Abplanalp took over as principal at Schenk Elementary School three years ago, she figured it wasn’t her last stop.

“I said I’m probably good for one more school after Schenk,” said Abplanalp, recalling her conversation with then-Superintendent Jennifer Cheatham.

Abplanalp will become principal at Jefferson Middle School on July 1. She will take over from interim principal Mary Kelley, who became the school’s fifth leader in six school years when Tequila Kurth left mid-year. Concerns at the school have included school safety as well as timely communication with parents, staffing and the overall culture.

In December, two 13-year-old boys from Jefferson were arrested, one for shooting a BB gun out of a bus window and the other for bringing the BB gun inside the school the next day. Two girls, ages 13 and 14, were struck by BBs as they were getting off the bus. And in January, a Jefferson student suffered a concussion and was taken to a hospital after being punched by a classmate he said had been bullying him.

Abplanalp, who turned 62 on May 16, is up for the challenge. She said she loves being building principal and starts to get restless after some time in the same place.

Experience is a big reason she was hired at Jefferson.

“I can tell you that as a parent of a current Jefferson sixth-grader, I am very excited to have a new principal in place to start the new school year,” said Darsee Vanderloo, president of the Jefferson PTO. “I think it is great that she has experience within (the school district). I look forward to working with her.”

Vanderloo, who said she is not representing the PTO in her comments, said many parents have told her they are comforted by Abplanalp’s familiarity with the district because she can see the big picture and knows Jefferson’s challenges are not unique.

Tremayne Clardy, chief of middle schools for the Madison School District, said Abplanalp’s level of experience ranks high among other principals in the district.

“There were a lot of things that were taken into consideration. I think the primary thing is her experience ... she has a long history and career with the district,” Clardy said. “There has been a lot of turnover at Jefferson ... and we wanted to have someone in place to make that transition, for one, smoother.”

Abplanalp said a survey went out to the Jefferson parents and the teachers to ask what they wanted in a new principal.

“They wanted somebody with a vast knowledge of Madison public schools. They wanted someone with experience, that was collaborative, that was a team player,” she said. “They want a principal that can make connections with the staff and the community and the students.”

The desire was someone who had middle school experience, which Abplanalp had from working at Immaculate Heart of Mary Catholic School for six years prior to coming to the Madison School District.

Schenk is attached to Whitehorse Middle School and in addition to recess times overlapping, the schools have done some collaboration. Abplanalp also ran the combined Schenk/Whitehorse summer school, where more than 500 students were enrolled last year.

Abplanalp wrote her dissertation on school reform and did national speaking on the topic for many years when she was in the district’s central office and was keynote speaker for superintendent conferences twice.

The work at Jefferson will involve looking at structured classes and systems, dialogue around the needs of students, establishing goals and creating plans to achieve them, and looking at data and checkpoints to see what is working.

“With that, it’s a big system change. But you don’t change everything. You keep what is working,” she said.

As with any school, a plan also will address safety concerns, she said.

Abplanalp said one of the changes that already has been discussed with staff is establishing mentorship programs, perhaps using Memorial High School students, and establishing more partnerships with the high school that is just across a parking lot from Jefferson.

“We have to look at closing the achievement gap. So we will have conversations about best practices that teachers are using and enhancing those,” she said.

Abplanalp has been attending Jefferson virtual meetings, which has been an advantage because it has saved time as she toggles between the many duties at Schenk and her new school.

She started in the Madison School District in 1996 as principal of Lowell Elementary School. She was there for four years before taking on a variety of administrative roles at the district level, the last as deputy superintendent for three years.

But when her husband, Andrew, suddenly passed away at age 57, when Abplanalp was 55, she had a change of heart.

“That’s when I decided to make a change in my career and I went back to being a building principal,” Abplanalp said. “I just wanted to spend more time with my family.”

When Abplanalp left the district office, she first served as principal at Allis Elementary School for four years. While she is often called “Ms. A” because her last name is a tongue twister, Abplanalp was familiar at Allis because her mother-in-law, Catherine Abplanalp, was a fifth-grade teacher there for 26 years.

Abplanalp and her family have other ties to Madison schools. After spending most of her childhood in Milwaukee, her family moved to Madison during her freshman year and she graduated from La Follette High School. Abplanalp remarried 1½ years ago. Her husband, Robert Walters, was in the seventh-grade class the year Jefferson opened.

After a rocky first semester for the school, Jefferson's interim principal, Mary Kelley, told parents Thursday, "I am always going to be available to you."

Tyrese T. Williams, 18, was arrested on a tentative felony charge of possession of a firearm in a school zone.

If students are interested, the cooking club may continue over the summer on a voluntary basis if necessary.

Sue Abplanalp -- who came to the Madison School District in 1996 as principal of Lowell Elementary School and served in a variety of administrative roles at the district level before going back to being a principal, will take the helm of Jefferson Middle School on July 1

Sue Abplanalp is the new principal at Jefferson Middle School.