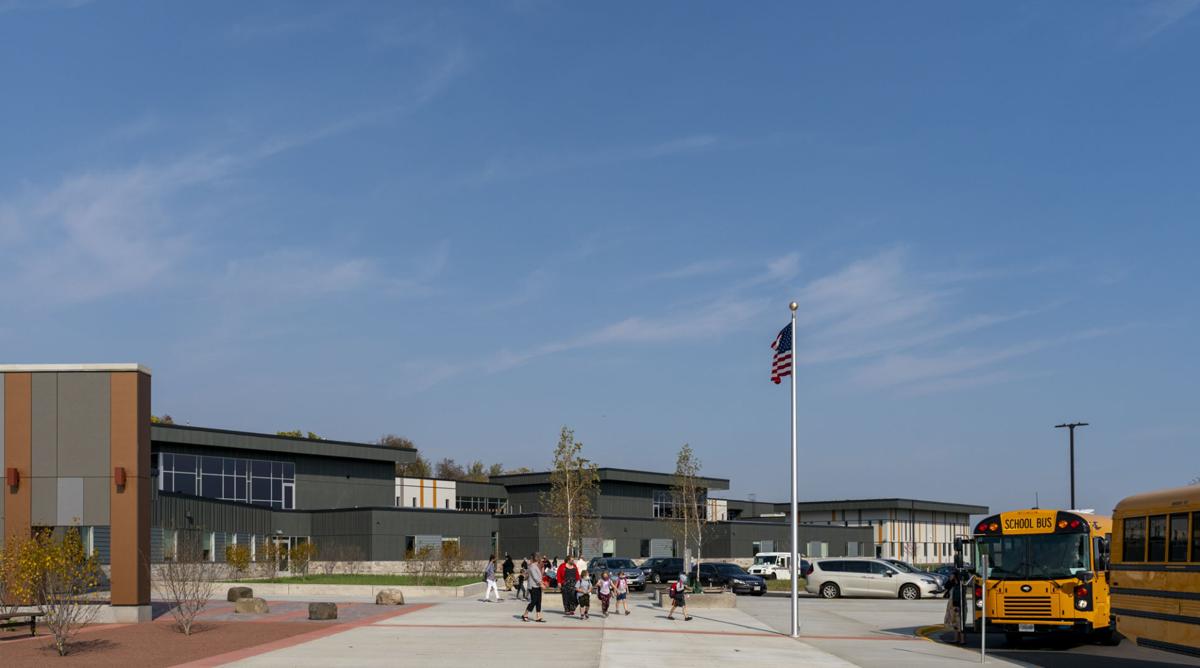 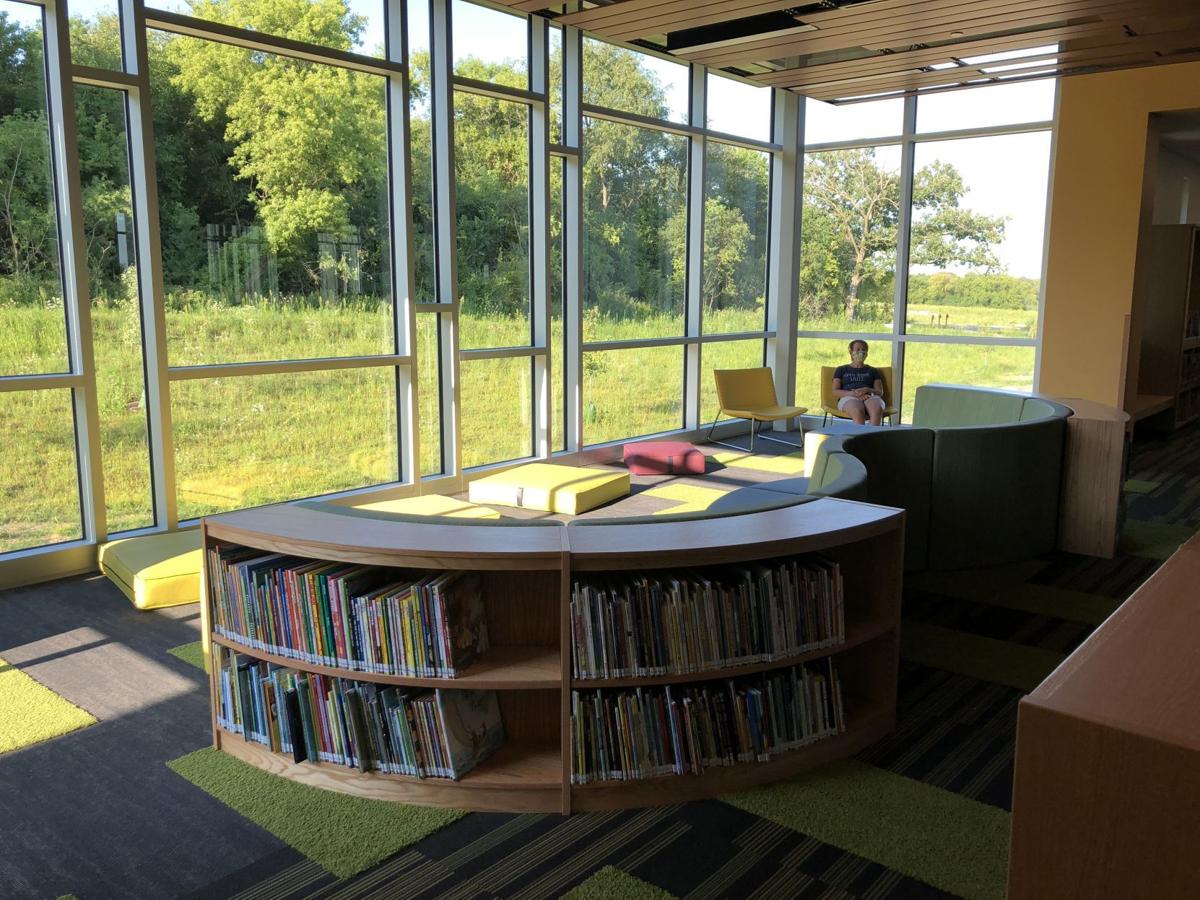 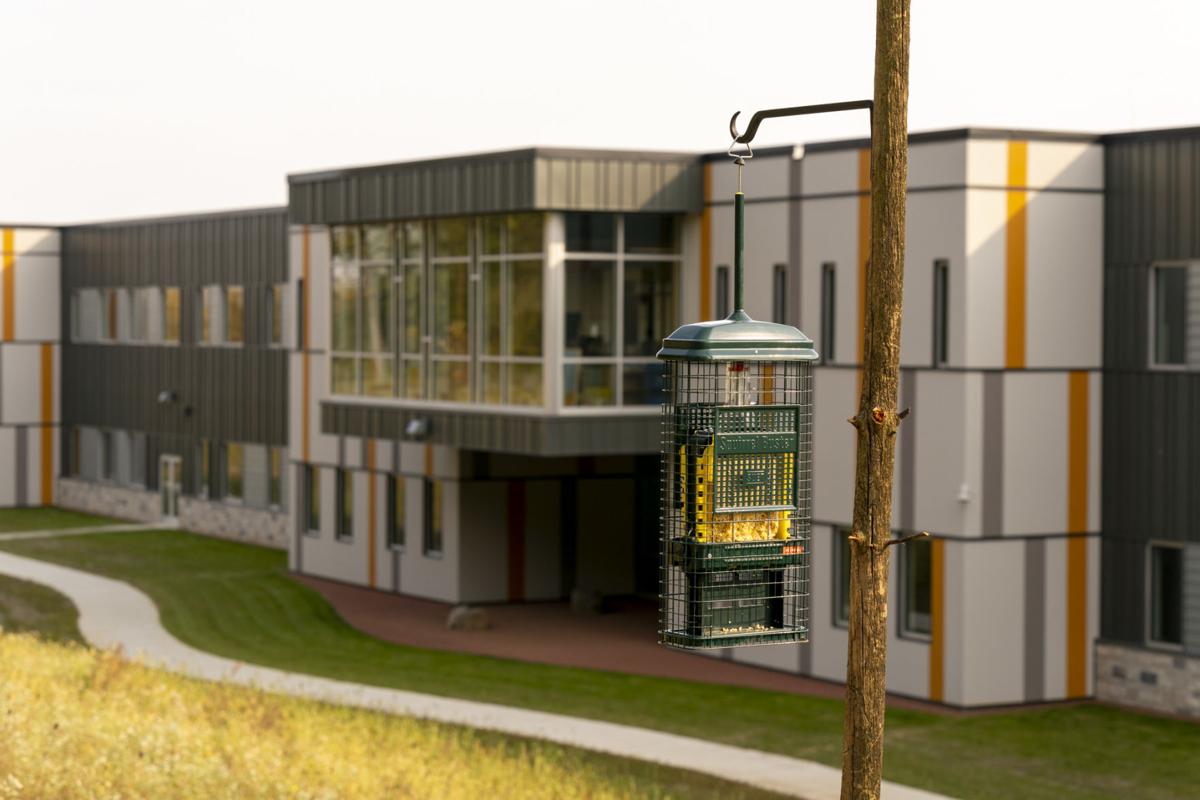 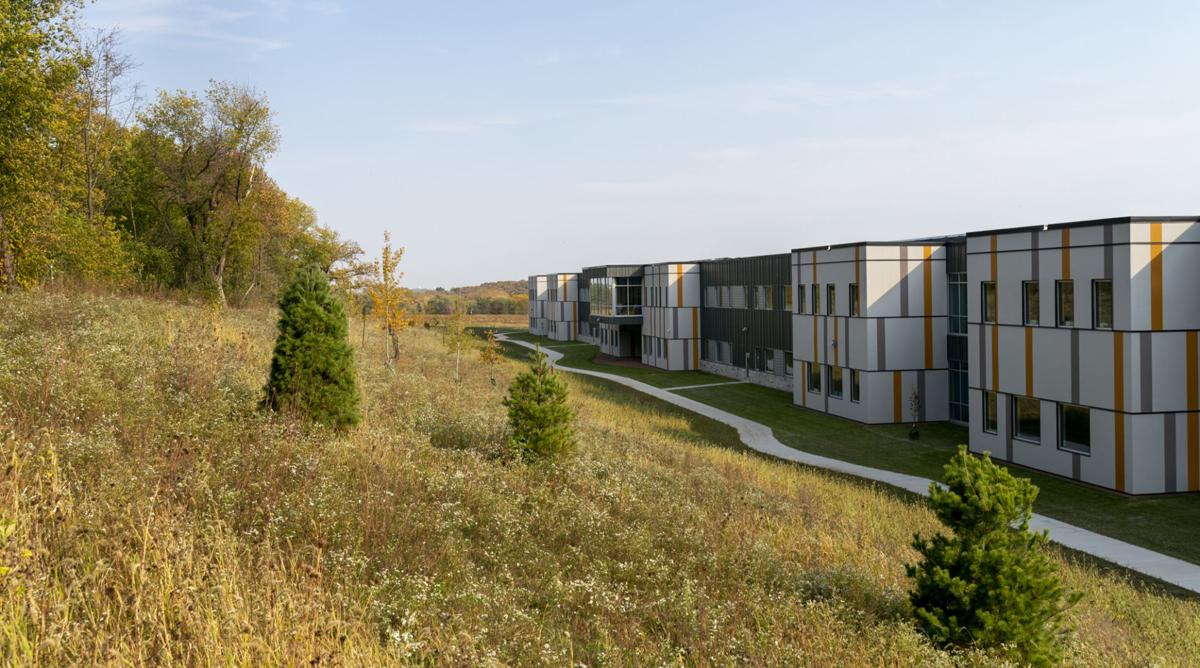 Forest Edge Elementary School — named for its location and designed to embrace its natural setting — walks the talk.

Because while it follows a trend of naming schools after elements of nature, it was built to protect it.

The fourth elementary in the Oregon School District, and its newest school, Forest Edge is believed to be the first net-zero school in the state.

“This means it will produce at least as much energy as it uses in a year,” Principal Kerri Modjeski said. “It is exciting to know that kids can learn about this concept while seeing it happen in real time.”

The school includes a viewing area to see the solar photovoltaic system mounted on the expansive rooftop and geothermal heating and cooling system.

Eventually, the walls in the school’s hallways will feature graphics and mounted smart TVs with interactive displays that will teach students about energy conservation.

“That’s kind of like the final bow on the school,” Modjeski said. “Our theme is ‘energy grounded in nature.’”

“There ‘s a lot of windows,” second-grader Calleigh Coyle said. “Some of them have pretty views.”

Trees planted on the school grounds were chosen to match the colors of the school’s exterior, which include olive green, gold and gray. Inside, the school has countertops made from trees from the site and some areas have carpeting that looks like grass, and chairs designed to look like stone.

But students also will have many opportunities to get outside in one of the school’s three courtyards. One is designed as a playground for kindergarten students, another is an outdoor classroom with an amphitheater and stage, and the other will feature gardens. Modjeski hopes students will eventually cook produce from the gardens.

“That would be my ultimate dream,” she said.

The biggest outdoor classroom will be the adjacent land that will become the district’s school forest. A nature center will be created near the school in a home purchased by the district.

The school year opened with kindergarteners through second-graders doing online instruction in the morning, with the opportunity to come in for a small group of four to six students once a week in the afternoon, while third- through sixth-graders learned entirely online. Last week the school opened for kindergarten through second-grade students, who each come for half a day except on Wednesdays, which was achieved by dividing each class in half.

The school was built in the Terravessa development in Fitchburg to serve that area of the district. The development, which has streets named after salad ingredients — including Spinach, Radiccio, Argula and Jicama — is bordered by Highway MM and Goodland Park Road. The entrance is on Lacy Road.

It cost $40 million to build the 125,000-square-foot school, including design, construction and the land. The school currently has 355 students enrolled and has a capacity for about 600 students.

The school was designed with group collaboration spaces and small-group instruction rooms.

“There’s cool chairs you can twist and untwist (to raise them up or lower them),” Calleigh said.

Second-grader Nox Wiegel appreciates being physically in a school and likes the gym.

“I know the gym has a lot of windows so it is almost like you are outside,” said his mom, Misty Wiegel. “There’s a lot of modern space, nooks and crannies.”

She also likes the number of windows that open to the forest and the plans to create walking paths for students.

Maureen Coyle, Calleigh’s mother, said she likes the school’s natural light and colors, and the location with the forest behind it.

“It’s gorgeous. The setup is really unique with the layout, the windows, the sort of atrium area,” she said. “It’s bright. It feels happy. It just gives you a good feeling when you walk in.”