The Madison School District paid about $8,000 for a third-party investigator to review its actions involving an East High School teacher charged with placing hidden cameras in students’ hotel rooms.

The district has so far not released the investigative records, citing attorney-client privilege and student privacy concerns, as well as the ongoing criminal case against former teacher David Kruchten.

The district released in response to a Wisconsin State Journal records request invoices from between March and July 2020 from local attorney Malina Piontek, who conducted the district’s investigation. 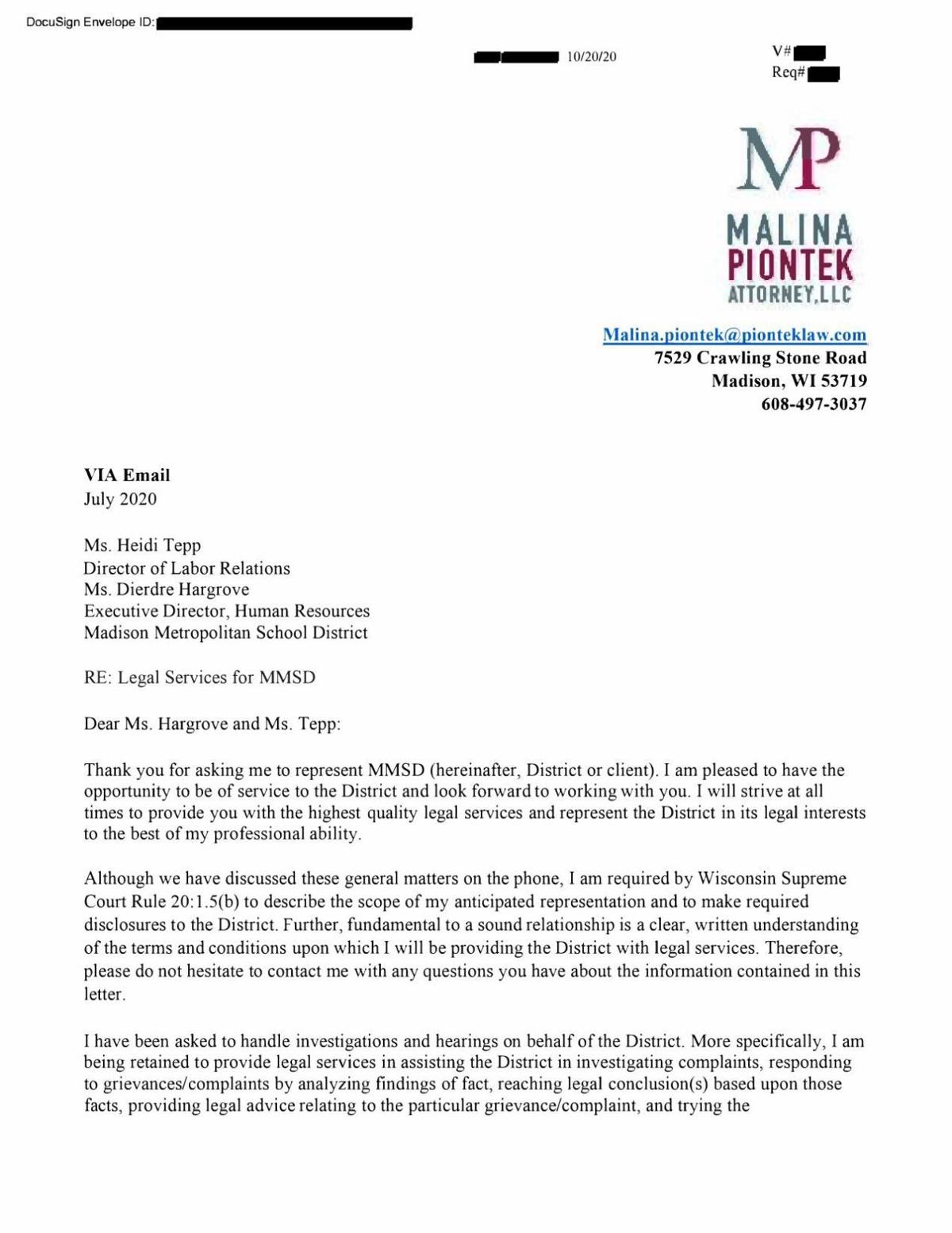 Piontek was hired to review staff adherence to district policies and protocols related to allegations against Kruchten, a former East High School business and marketing teacher who was charged last year with multiple counts of attempting to create child pornography using hidden cameras, and transporting seven minors to Minnesota with the intention of creating child pornography using hidden cameras.

In late 2019, members of East High’s DECA business club found hidden cameras in their hotel rooms during a school field trip to Minneapolis, and the school district said it had put Kruchten on leave in response to the incident. He resigned and was indicted in early 2020.

Bill Lueders, president of the Wisconsin Freedom of Information Council, called the district’s grounds for withholding the records problematic. He said student privacy concerns can be addressed by redacting student identification in the records.

“If you go the most expensive possible route, hiring a lawyer to do the investigation, then you can claim attorney-client privilege and it’s just outrageous,” Lueders said. “The public that paid for that investigation has every right to see it.” 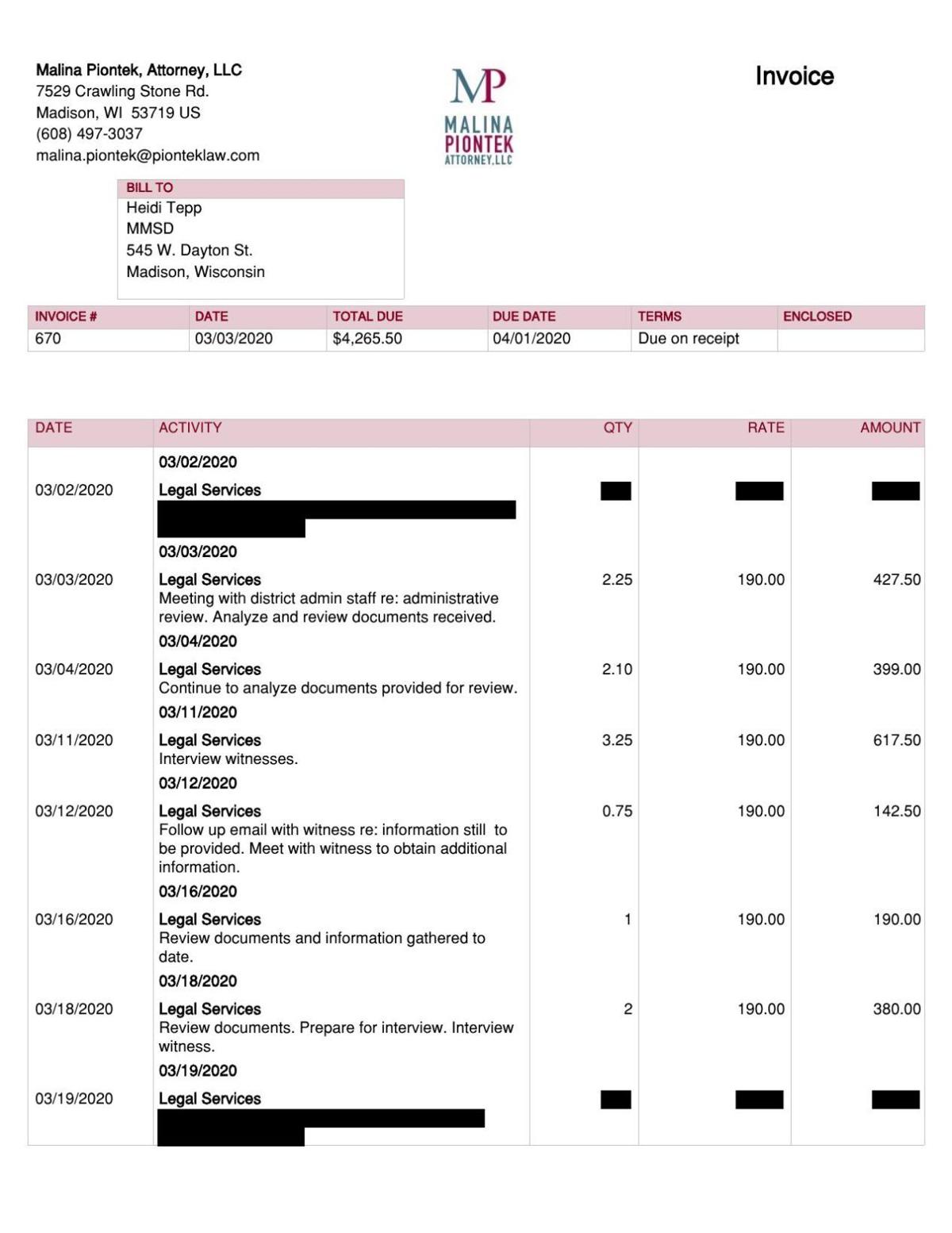 The invoices, released Wednesday, show Piontek met with district staff to discuss the field trip, reviewed documents provided by the district and interviewed witnesses starting in March 2020. By June 17, 2020, a report outlining the third-party investigation into staff adherence of policies was finalized and presented to district administration. It is unclear whether the final report was provided to members of the Madison School Board for review.

In August, more federal charges were brought against Kruchten that included additional counts of attempting to create child pornography in Wisconsin from dates in January and October 2019, preceding the December 2019 DECA field trip.

Madison School District families were sent a two-page summary of Piontek’s investigation in September, which concluded there was “no failure on the part of district staff” to follow the district policies related to field trips or reporting child abuse. 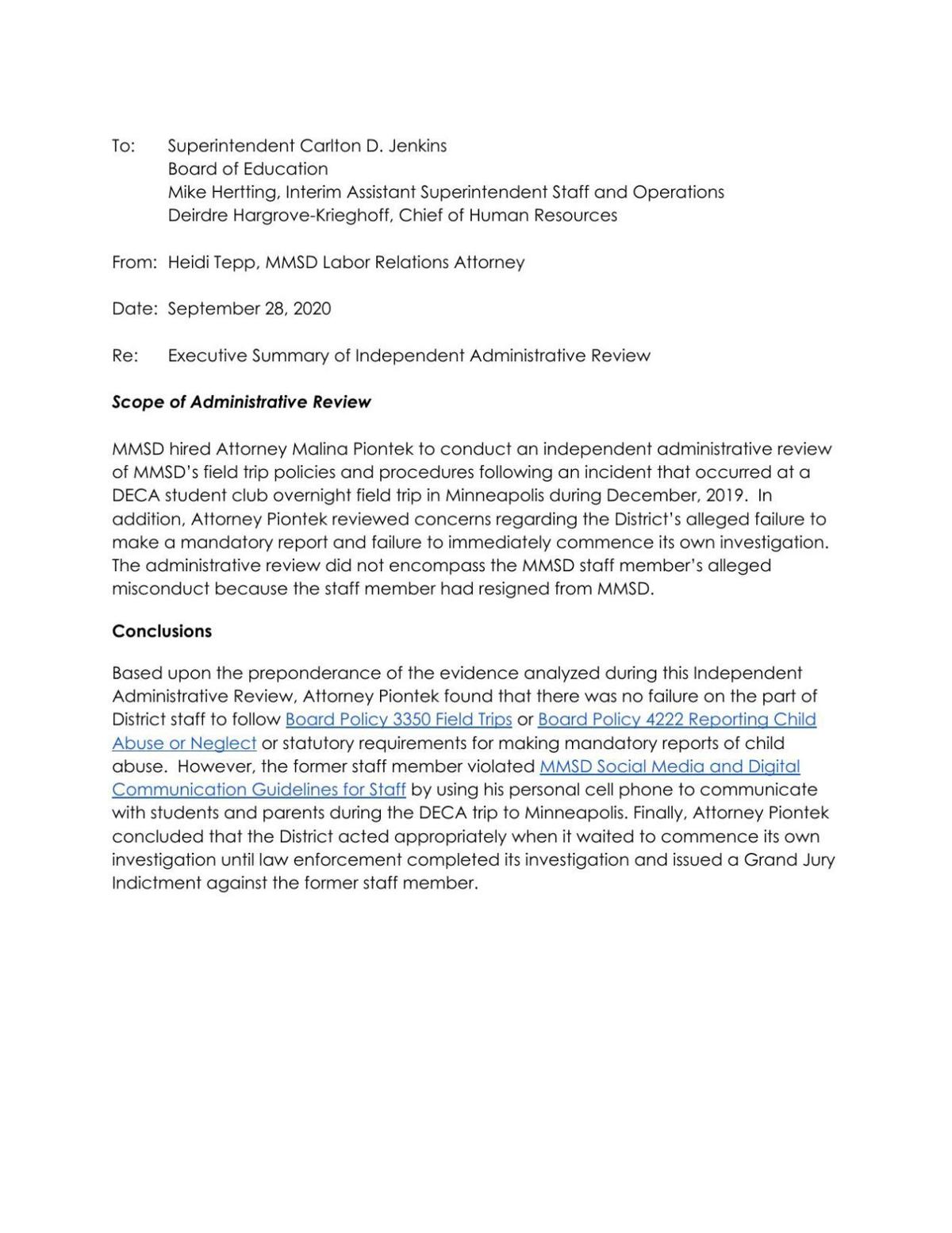 The summary also outlined policy violations against Kruchten for use of his personal cellphone, but according to the summary of Piontek’s report the district “acted appropriately when it waited to commence its own investigation until law enforcement completed its investigation and issued a Grand Jury Indictment against the former staff member.”

However, The Capital Times reported last fall that many of the victims’ parents and relatives have expressed frustration they were not involved in the district’s investigation and third-party review, nor were they provided with the full report.

District spokesperson Tim LeMonds told The Capital Times in November the full report would be released once the court cases against Kruchten have concluded. However, on Thursday he reversed that and said the report would not be released due to attorney-client privilege.

Editor's note: This story was updated to include comment from LeMonds that the full investigative report would not be released after the investigation is completed.

The apology was issued after a conservative group sent the district a letter calling the email "racist."

"We're considering those recommendations," Tim LeMonds, district spokesman said Thursday, though he declined to name employees who could be disciplined in connection to the incident.

After pleading guilty to two federal charges, David Kruchten faces six to 20 years in prison, under a plea agreement.

“This was an urgent matter, it impacted so many of our children and families and we should have moved on it,” former board president Gloria Reyes said. “The administration should have given us the full report with policy changes.”

“The high school girls felt tremendously violated and are still dealing with those emotions,” attorney for the nine plaintiffs Jeff Scott Olson said. “What you would expect a responsible school district to do is to be relatively transparent when addressing the situation.”

The distribution of hotel room keys, and who takes care of that, is among the policy changes being sought. 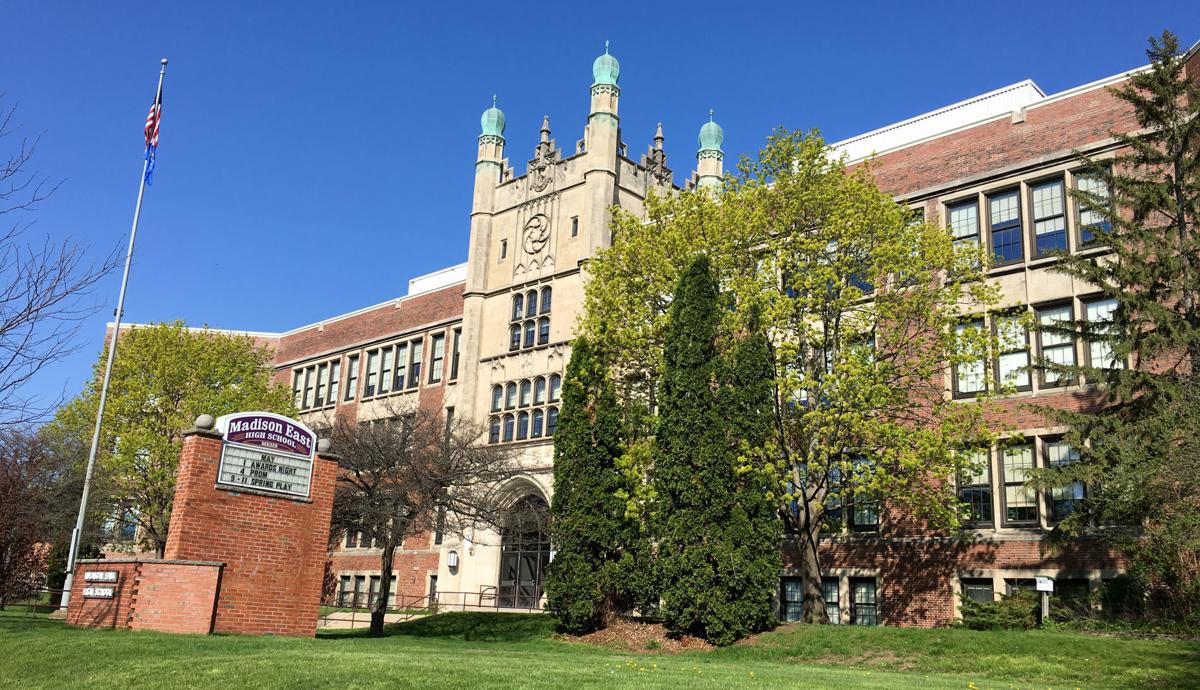 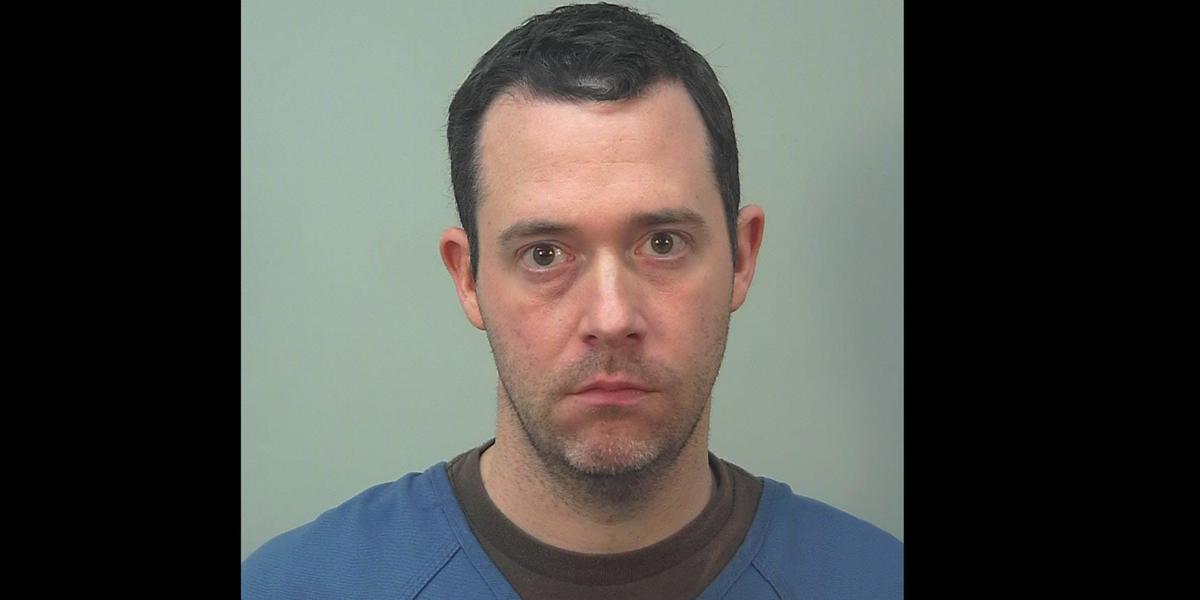