In a cross-cultural literary feat two years in the making, a class of dual-language immersion students at Lincoln Elementary School in Madison has helped create the first trilingual children’s book about the Ho-Chunk Nation.

Now in fifth grade, the students as third-graders in teacher Emily Schroeder’s class worked for several months with a Ho-Chunk tribal officer and Ho-Chunk students from a language school in Nekoosa to record, transcribe and illustrate a traditional Ho-Chunk story about a boy on a quest, and translate it into English, Spanish and Ho-Chunk.

“I wanted to dive deeper into this whole idea of Madison history before European contact,” Schroeder said. “Plus there are not a lot of children’s books, fictional or nonfictional, in general about the Ho-Chunk Nation.”

A tribal grant recently paid to print 2,000 copies of the book, titled “The Ho-Chunk Courting Flute,” which will be donated to all public schools and libraries in Madison and throughout the Ho-Chunk Nation after a book release party at Lincoln on Friday. The release party is open to the public.

Noting Lincoln Elementary sits on ancestral Ho-Chunk land, while Madison as a whole was one of the Ho-Chunk Nation’s two biggest original villages, along with the Wisconsin Dells, Schroeder said the book project tried to recognize that history and bring it alive for students.

“This whole project has been all about how we as public school teachers can incorporate First Nation history as more than just a social studies topic,” Schroeder said. “How can you bring people into your classroom, so students can actually meet some of these people and learn more about the native history of the area, versus just reading a book.”

The project began early in the 2015-16 school year when Ho-Chunk Tribal Historic Preservation Officer Bill Quackenbush visited Schroeder’s class of 18 students — who as members of a dual-immersion classroom were taught in English and Spanish — and performed an oral recitation of the courting flute story in English.

The students taped the recitation and then set about translating the story into Spanish, while the Ho-Chunk students at Niikuusra Community School transcribed it into Ho-Chunk. Most of the students at Lincoln also did one or two drawings in colored pencil illustrating scenes in the story.

“I think translating it to Spanish was probably the hardest part,” said Gus Tills, now a fifth-grader at Lincoln, about what it was like to work on the book in third grade. “We’re still learning Spanish, so we’re not perfect at it. Some words we had to look up.

“It was fun drawing and learning all about the culture,” he added. “It was cool to have like a folk story from the Ho-Chunk and learn all about what they did.”

The story itself is a tale set in the village of Teejop — which means “four lakes” and refers historically to the Madison area — about a boy’s journey to build the confidence to win the heart of the village chieftain’s daughter by finding a wooden courting flute with the help of a “great white deer,” whose trail he tracks, and a little woodpecker who brings him instructions in his dreams.

“The biggest thing (students) got out of it was just opening their eyes to a history that isn’t always taught so extensively,” Schroeder said about the project. “And especially being a bilingual school and learning in two languages, that whole idea that English was not the first language spoken on the land that they were standing on (at the school).”

The story covers 34 pages of the book and features full-page, colored-pencil illustrations by the students, interspersed with pages of text, a few lines at a time, in each of the three languages.

The cover illustration is by Lincoln student Lucero Dunscombe and features the tale’s main characters, most prominently the great white deer.

“Everybody helped transcribe and draw pictures,” Lucero said, noting he and his classmates were happy “that we’re going to ‘publish’ a book” and that they’d again get to see Schroeder, who is returning to the school for the book release party from a leave of absence she started this year to teach at an American school in Mexico.

One of the book’s initial pages provides printed barcodes that can be scanned by a free smartphone app to play recordings of the story made in the three languages, as told by a native Ho-Chunk speaker, a Spanish speaker and an English speaker.

Schroeder, who read the story for the English recording, said the recorded readings were a way to preserve and respect the tribe’s oral storytelling tradition.

“Because it’s a story that’s usually told orally, we wanted to make sure that was a big focus,” she said.

The book also includes a glossary of Ho-Chunk words, a selection of books and online resources, plus photos, illustrations and text in the three languages about Ho-Chunk history in Wisconsin and other Midwestern states.

Lincoln students compiled some of the research for those pages, which was closely checked by tribal authorities and other native sources, as was the rest of the book and the audio recordings, Schroeder said, helping to explain why it took two years to compile and produce it — a long haul, but one her students appreciated.

“A lot of the kids were just excited to learn about a part of history of Madison that’s not always focused on,” Schroeder said. “And what was most important was learning that these people still exist and still have a huge importance in our society.

“They’re able to see native influences in everyday life now, whereas before they might not have.”

Schroeder also was hopeful the book would be a good resource for her fellow teachers in the Madison School District and elsewhere.

“I’m really excited that hopefully it will be another tool for teachers to use in their classrooms,” she said. “It’s very difficult to teach about a topic when there aren’t a lot of tools to use.”

ABOUT THE BOOK RELEASE PARTY

To include: Celebration of book release with cake, honoring of Ho-Chunk storyteller Bill Quackenbush,  listening to the book read in Ho-Chunk and  highlighting each student illustrator who worked on the book and giving them each a copy of it.

Open to: Family and friends of students and other interested members of the public. RSVP to Emily Schroeder at emschroeder@madison.k12.wi.us or Bill Quackenbush at bill.quackenbush@ho-chunk.com.

This is the second-year of a five-star rating system.

Teachers focus on building better relationships with and between students

Helping students get ahead may require teachers and administrators to take one step back, as they focus first on breaking down walls to let learning happen.

2 vie for contested seat on Madison School Board

A deep freeze combined with little use of building systems over the long weekend contributed to issues including a water main break at West High School.

To Cottage Grove parents Tujama and Jeannine Kameeta, whose son is a freshman at Monona Grove HS, the novel "provides no educational value." 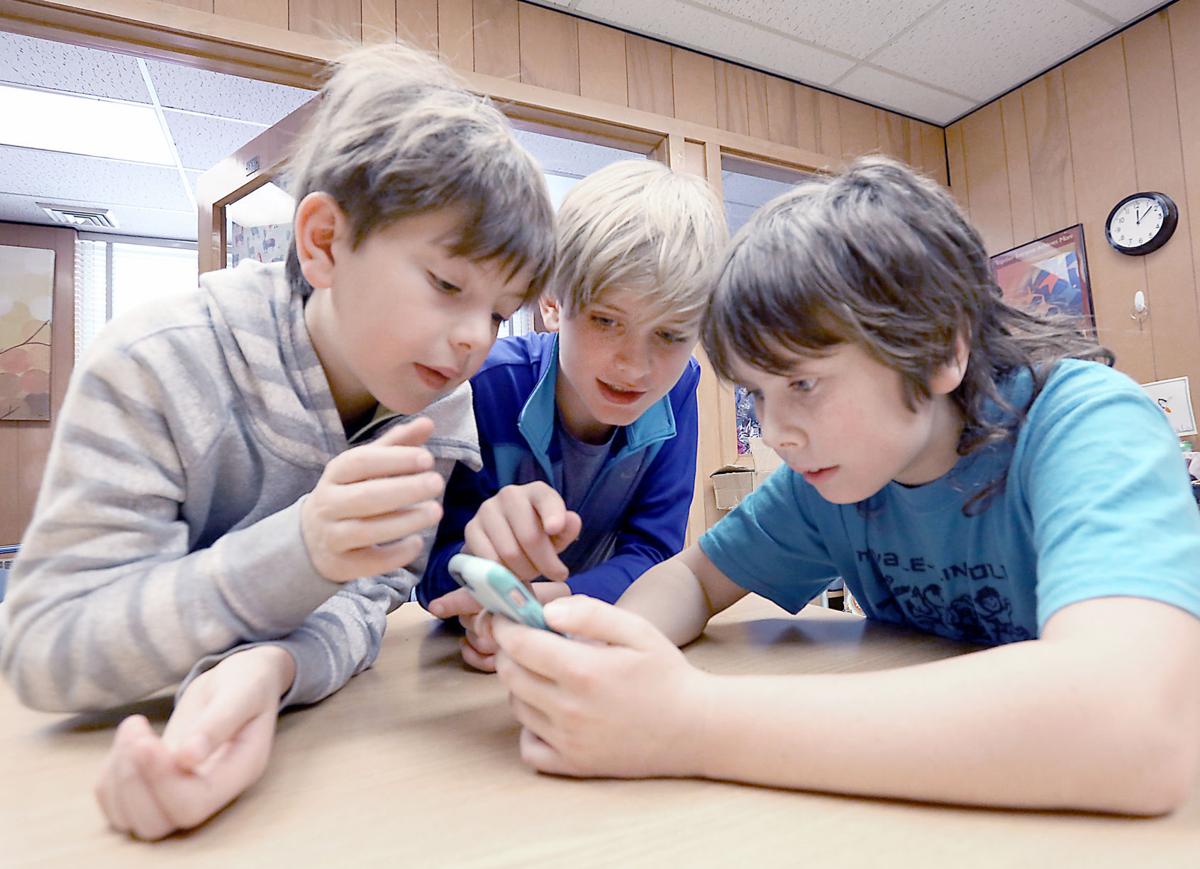 Lincoln Elementary School fifth-graders Simon Yuroff, left, Gus Tills, center, and Lucero Dunscombe view a digital rendering of a children's book about the Ho-Chunk Nation they helped translate and illustrate as third-graders. A tribal grant printed 2,000 copies of the book, which the students will see finished for the first time Friday at a book release party at the school. 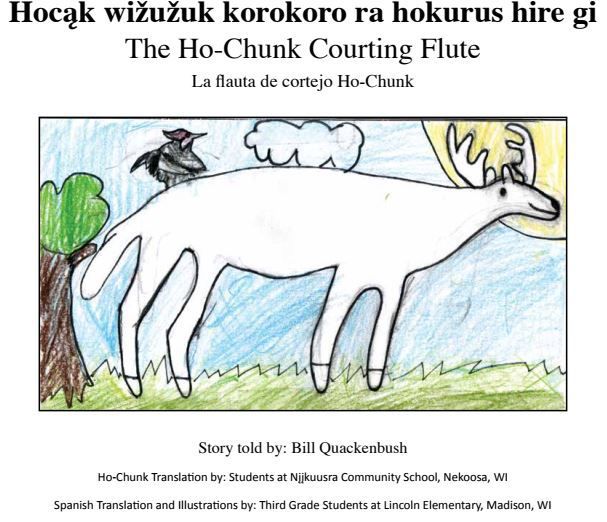 Lincoln Elementary student Lucero Dunscombe created this illustration for the book cover of The Ho-Chunk Courting Flute, the first trilingual children's book about the Ho-Chunk Nation. 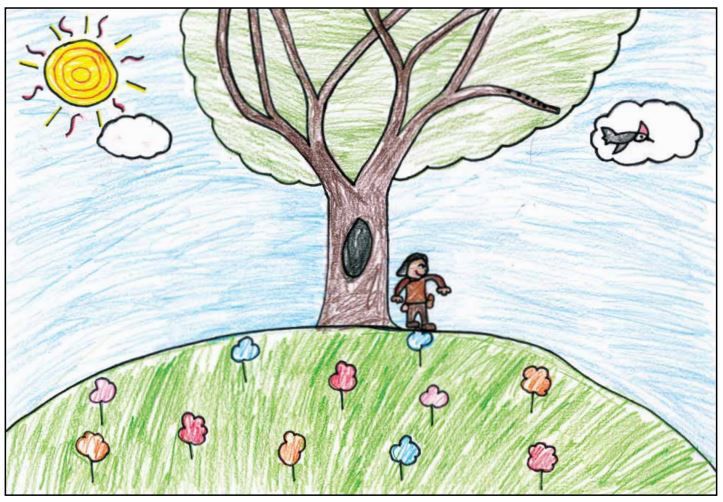 Lincoln Elementary School fifth-grader Gus Tills did this colored-pencil drawing for the book when he was in third grade. 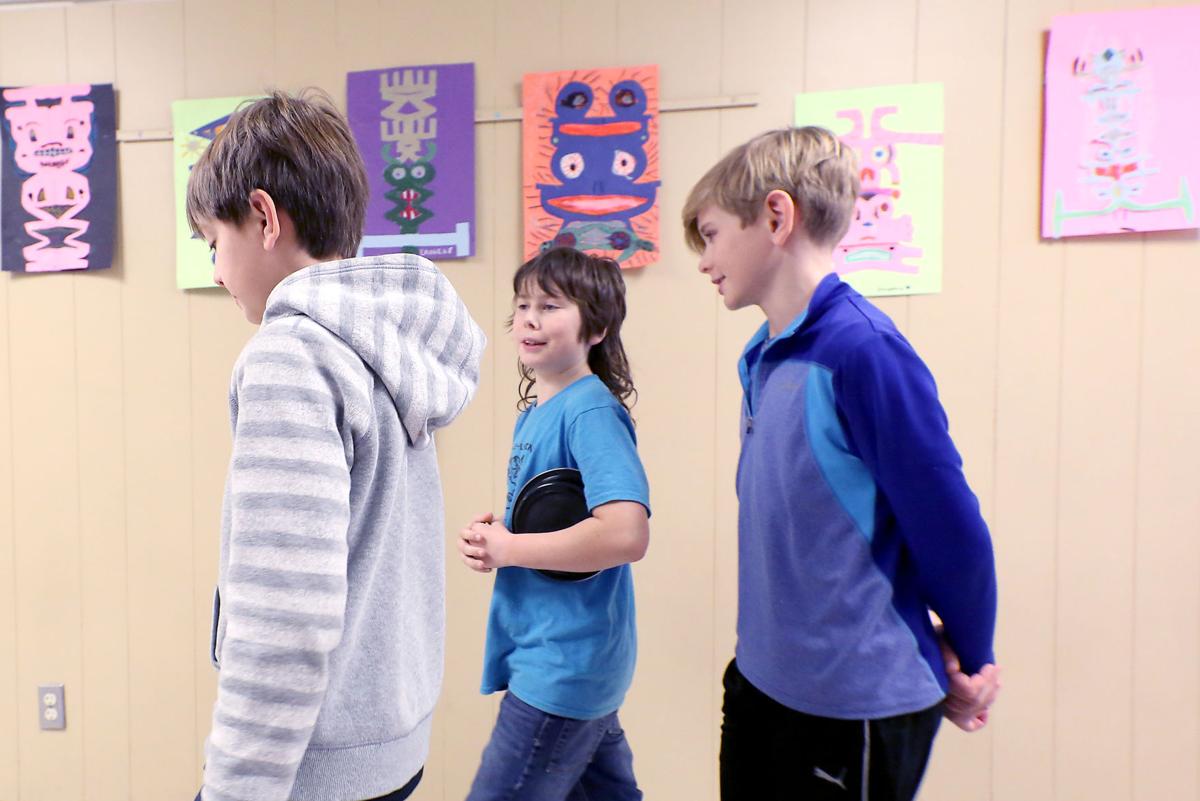 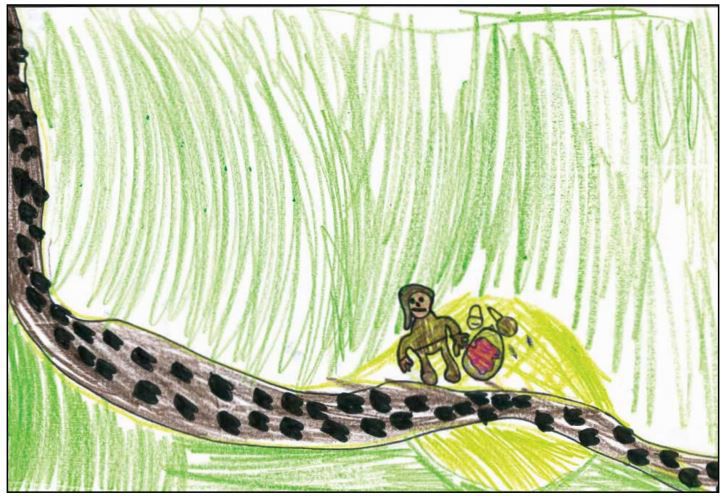 Lincoln Elementary School student Simon Yuroff drew this picture to illustrate part of a story told to his class by Ho-Chunk Historic Preservation Tribal Officer Bill Quackenbush two years ago, when Yuroff was in third grade. The class created a children's book based on the story that was printed and will be distributed Friday at a book release party for family and friends and members of the public at the Madison school's library. 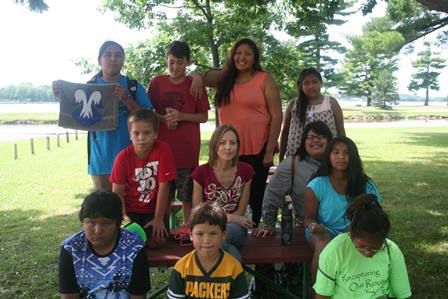 Students from a Ho-Chunk language school in Nekoosa, known as Niikuusra Community School, who did the Ho-Chunk translation for a trilingual children's book about the Ho-Chunk Nation produced over two years by the tribe and a third-grade class at Lincoln Elementary. 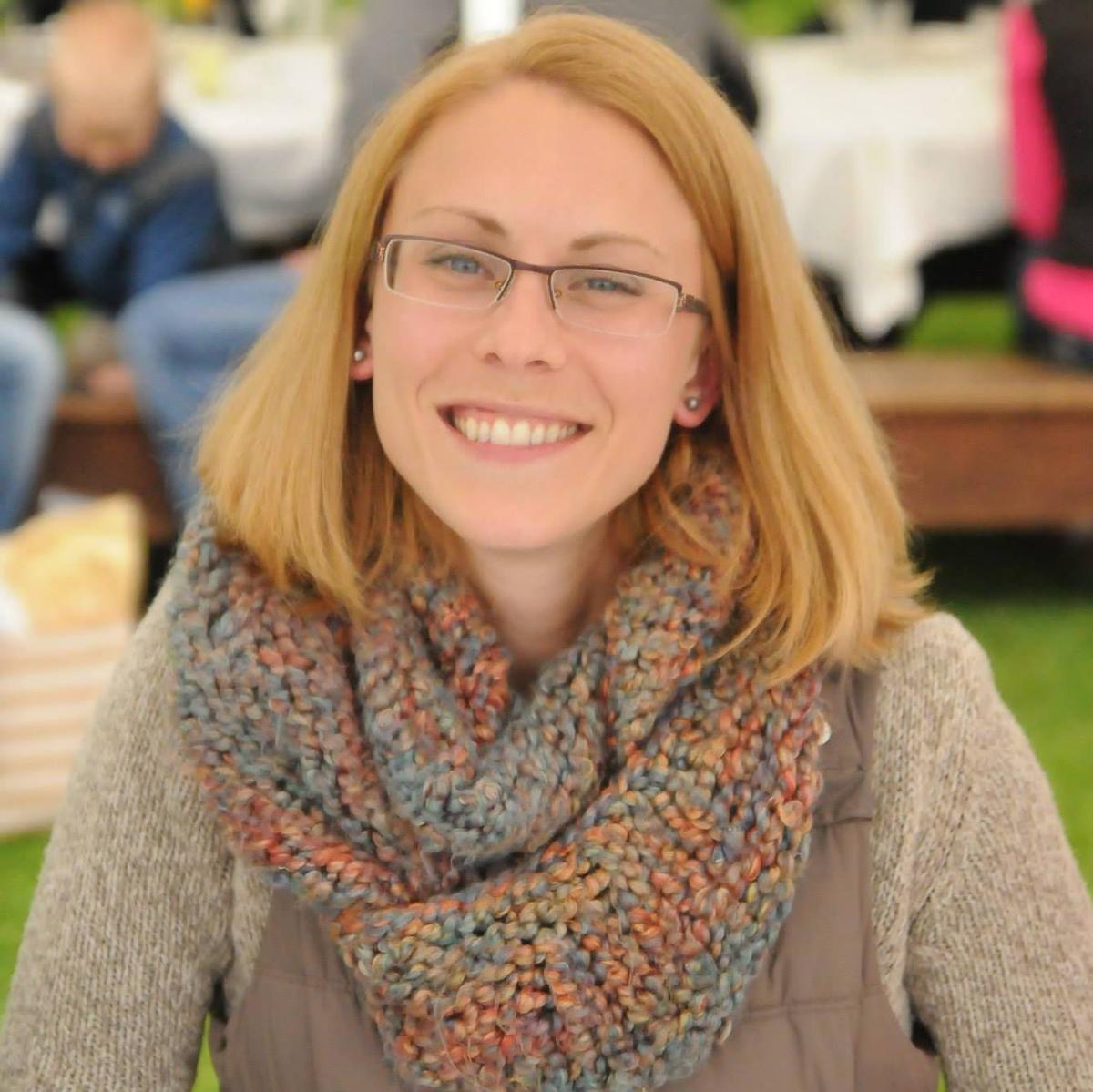 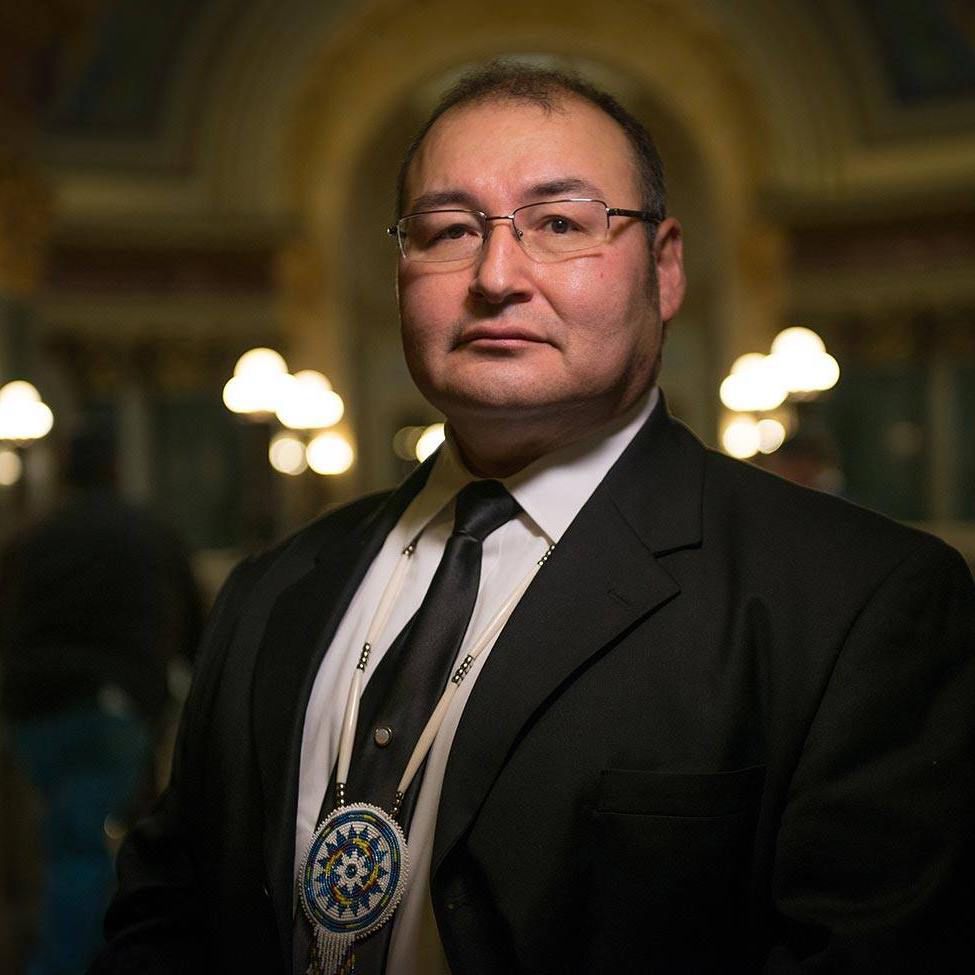