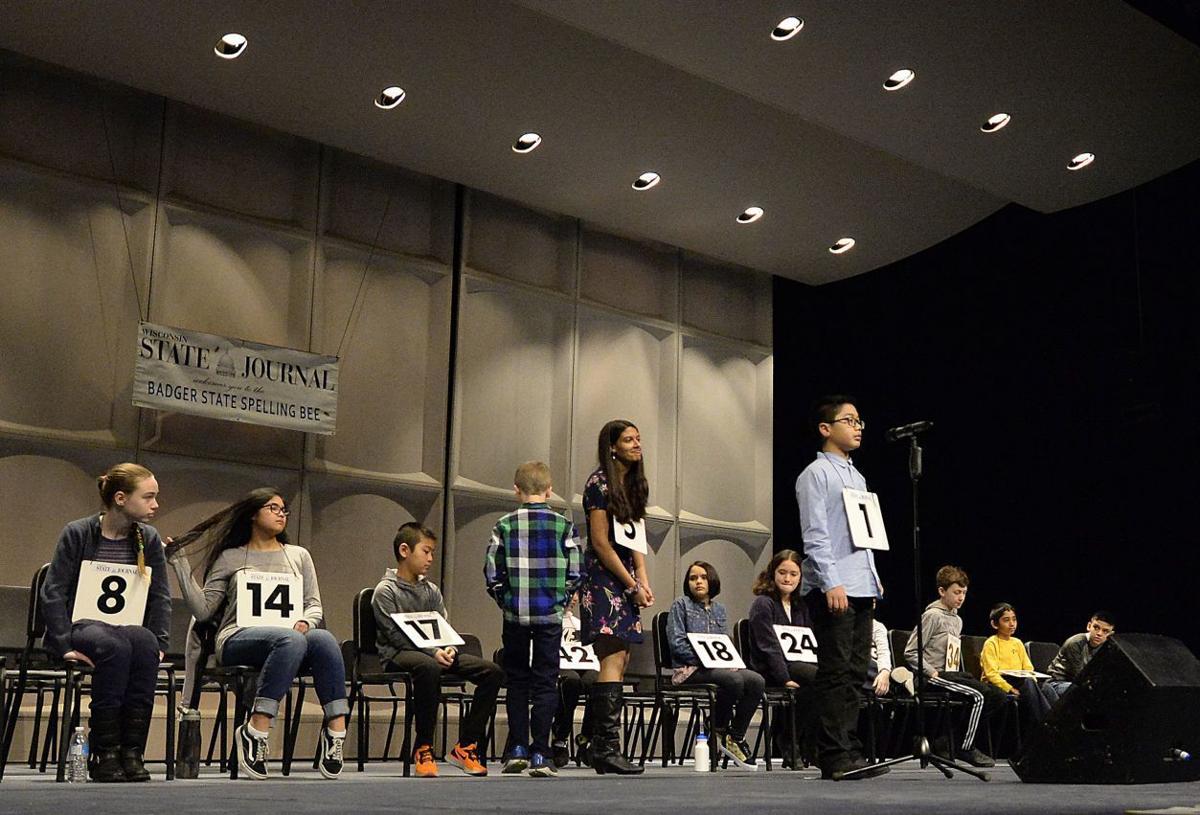 Gang Wang starts a round in front of the judging panel at Saturday's All-City Spelling Bee in Mitby Theater at Madison Area Technical College. The Spring Harbor Middle School student went on to place third. 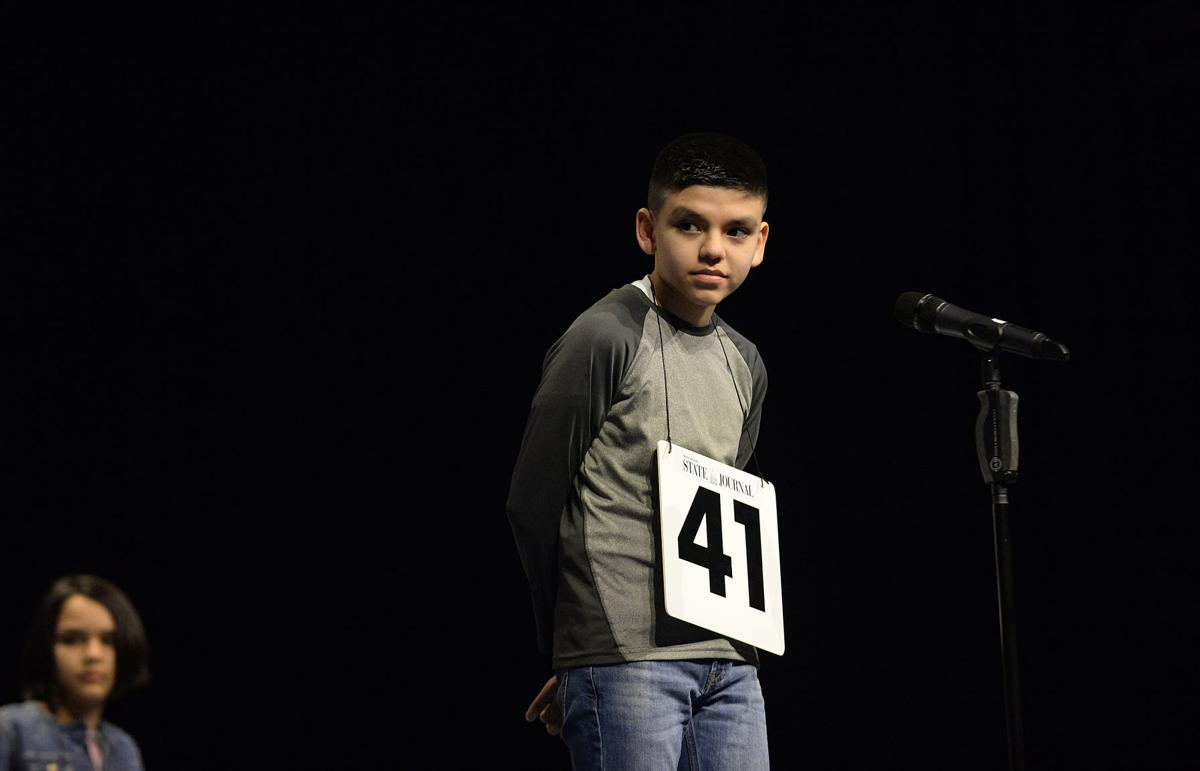 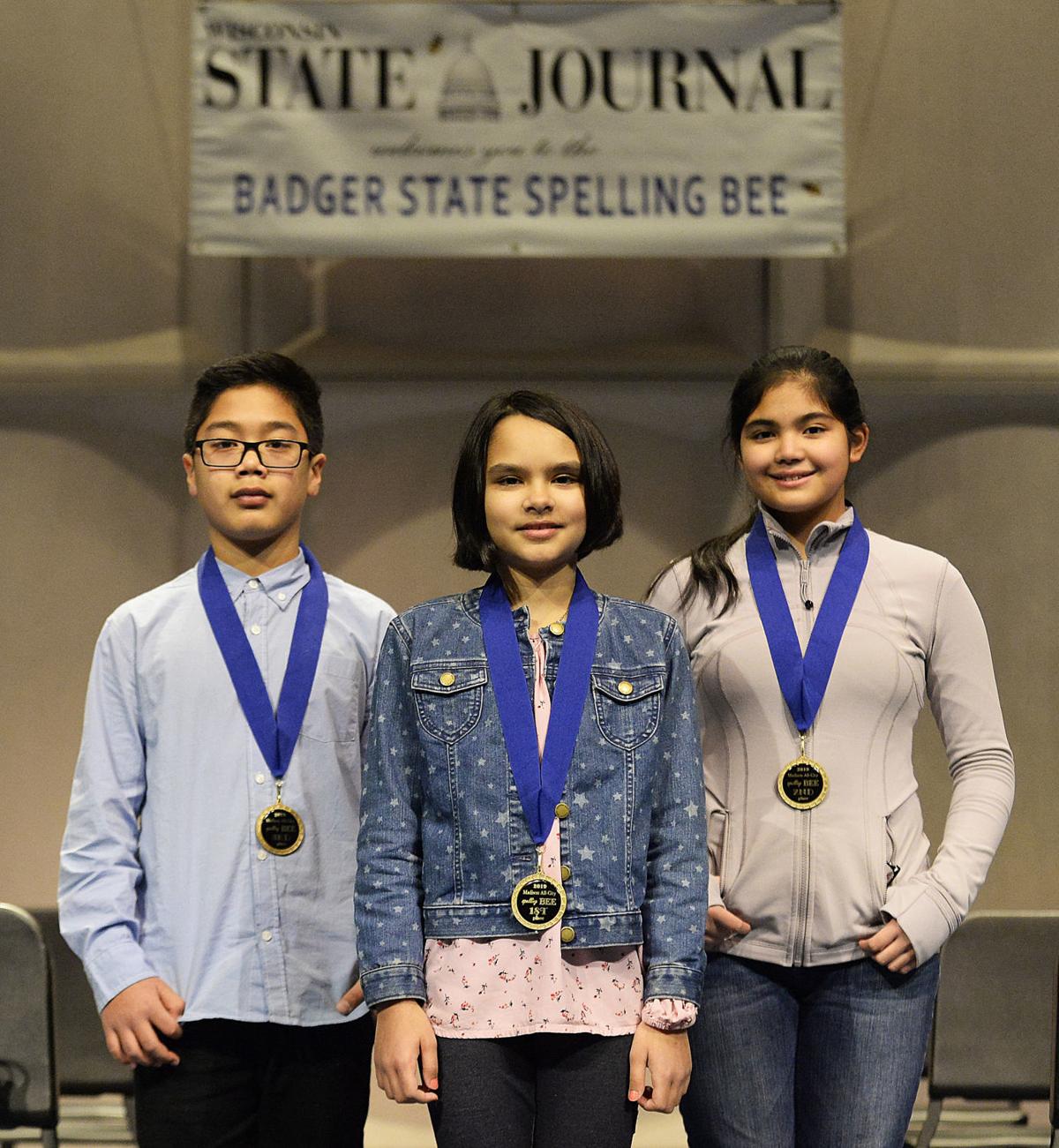 Spellers from 44 public and private schools as well as homeschool groups competed in the spelling bee, sponsored by the Wisconsin State Journal, at Madison Area Technical College’s Mitby Theater.

Jadhav and Edgewood Campus School seventh-grader Frankie Bautista were the final two spellers for the second year in a row. Last year, Bautista placed first, but both advanced to the state spelling bee because a word given to Jadhav was mispronounced.

Words this year spanned a range of topics and a range of language origins. They included marzipan, which is a sweet confection; zephyr, a gentle breeze; khor, a dry ravine in Sudan and neighboring regions; and harpsichord, a keyboard instrument with strings.

In the final round, Bautista, also of Fitchburg, daughter of Ryndon and Shiela Bautista, misspelled Vaucheria, the genus of a type of green algae. Jadhav spelled that word correctly followed by adenoiditis — an inflammation of enlarged masses of lymphoid tissue — to clinch the city-wide trophy.

“If I get a word I don’t know, I can break it down into little parts I do know,” Jadhav said.

Jadhav said she also spends time practicing for the spelling bees. She studies from lists, learns origin languages and reads a lot.

The Mitby Theater stage didn’t make Jadhav as nervous as it might have made other spellers, she said. After all, last year she competed at the Scripps spelling bee, which was broadcast live on national television.

When it was just her and Bautista left on stage, Jadhav said she started getting nervous, mostly because the words got harder.

“I was a little nervous because I didn’t know the words anymore,” Jadhav said.

She had expected to face off against Bautista as the final two, Jadhav said. Bautista said she expected the same.

“I was expecting for her to win,” Bautista said of Jadhav. “She’s a smart girl.”

The two went back and forth several times before a winner was declared, with words such as mot juste, which means “exactly the right word,” and cinquedea, a type of medieval dagger, tripping them up. A winner is not declared unless that speller can spell the runner-up’s failed word and one more word.

Last year, Bautista, replaced her brother, Martius, in the spelling bee and went on to win. Martius Bautista had won the previous four city-wide spelling bees.

Spelling it out: Watch the 2019 Badger State Spelling Bee

Eight Wisconsin spellers pass the first spoken round of the National Spelling Bee and will continue Friday.

Isabel Jacobson reflects on her time as a 'super-speller'

These days Jacobson is a 26-year-old living in Madison and working as a technical writer for Epic Systems. The bee has become a drinking game for her.

After spending a year studying word lists and language origins, Maya Jadhav, a fifth-grader at Fitchburg’s Eagle School, took the top spot at …

By qualifying through the Scripps RSVBee program, five more students join the three winners of the Badger State Spelling Bee to travel to the national bee.

Jadhav is the only Wisconsin speller this year to advance as one of the top 50 spellers.

After advancing to the finals as one of the nation's top 50 spellers, Maya was prompted to spell praseodymium, which is a yellowish-white metallic element.

Gang Wang starts a round in front of the judging panel at Saturday's All-City Spelling Bee in Mitby Theater at Madison Area Technical College. The Spring Harbor Middle School student went on to place third. 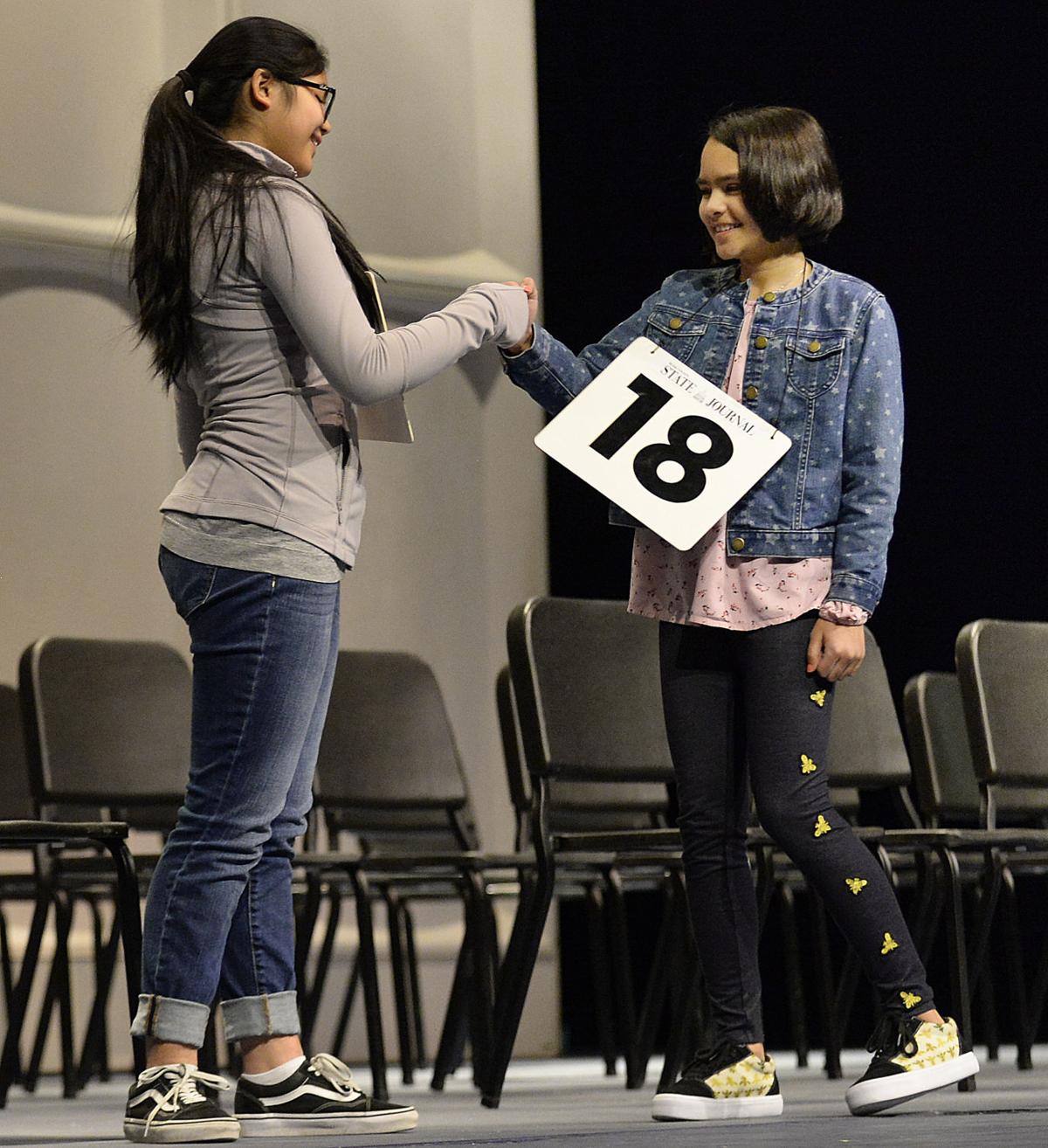 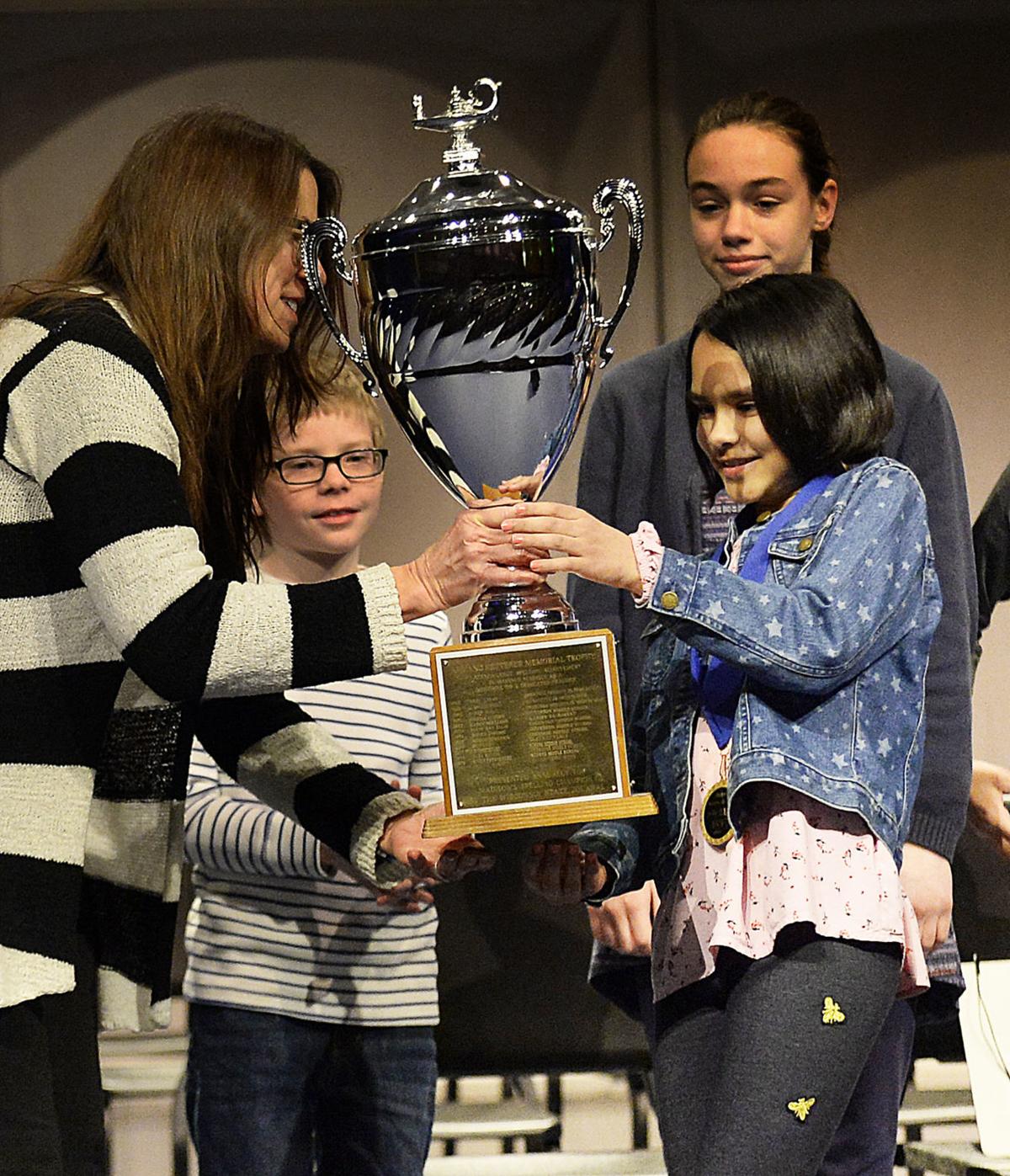