Every Madison School District building soon will have at least one easily accessible, single-stall, public bathroom open to people of all genders under a district-wide project now nearing completion, district officials said.

“This is just good to do for all people but it really is going to be essential for some of our kids," said Sherie Hohs, the district's social worker for LGBTQ students and project co-coordinator with school operations chef Karen Kepler. "It’s a big deal. It’s something we’re proud of.”

Within a few months, all 48 regular district schools will have a specially designated all-gender bathroom, as will the rented or owned space where alternative education programs are based and district headquarters. Only a "handful" of bathroom projects remain, Kepler said.

The effort, begun about a year ago, also includes staff training and development of a student video. Similar to family or all-access bathrooms at a store, the all-gender bathrooms can be used by any students, visitors or family groups, such as a mother with small children with her.

“We’re just trying to normalize it," said Hohs, who works with district students who identify as lesbian, gay, bisexual, transgender or questioning. "It’s like going to a coffee shop, but we’re being very intentional with the language around it, that this is for all genders.”

But students who identify as transgender or "non-binary" may most appreciate the option, district officials said. People who are trans believe their true gender doesn't match their birth sex, while non-binary refers to a gender identify that is not exclusively masculine or feminine.

“Having this district-wide is sending a message that we recognize that we have students of many different identities and we want to provide them with all-inclusive restrooms that are safe and available,” Kepler said.

District policy already lets trans and non-binary students use the bathroom that aligns with their gender identity, but not all are comfortable doing that. Providing a secure, private alternative enables better learning, too, Hohs said.

"You can’t learn if you’re worried about not being safe," she said.

The project began with a survey of existing options at each district location. Many schools already offered at least one single-stall, all-gender bathroom, but consistent signage, locks and locations also were required.

"We were (asking), ‘Is (the bathroom) accessible to kids,’ and ‘Is it in a safe and supervised location,'" Hohs said.

The initiative also ended the practice of requiring a user of a designated all-gender bathroom to get a key from the school's front desk, wherever that was happening. Doors of the all-gender bathrooms now are always unlocked if no one is inside, while showing whether the bathroom is vacant or in use from the outside, like plane bathrooms.

The project didn't require installation of new plumbing in any schools, official said, though a few bathrooms formerly reserved for staff had to be converted, Hohs said, and in one case part of a wall had to be moved.

“It's a large-scale project, but it’s something our superintendent (Jen Cheatham) supports wholeheartedly," Hohs said. "Despite the federal backlash, we’re still committed to having equitable and inclusive facilities.”

A one-year construction phase could start in January 2019, with perhaps a fall 2019 opening. 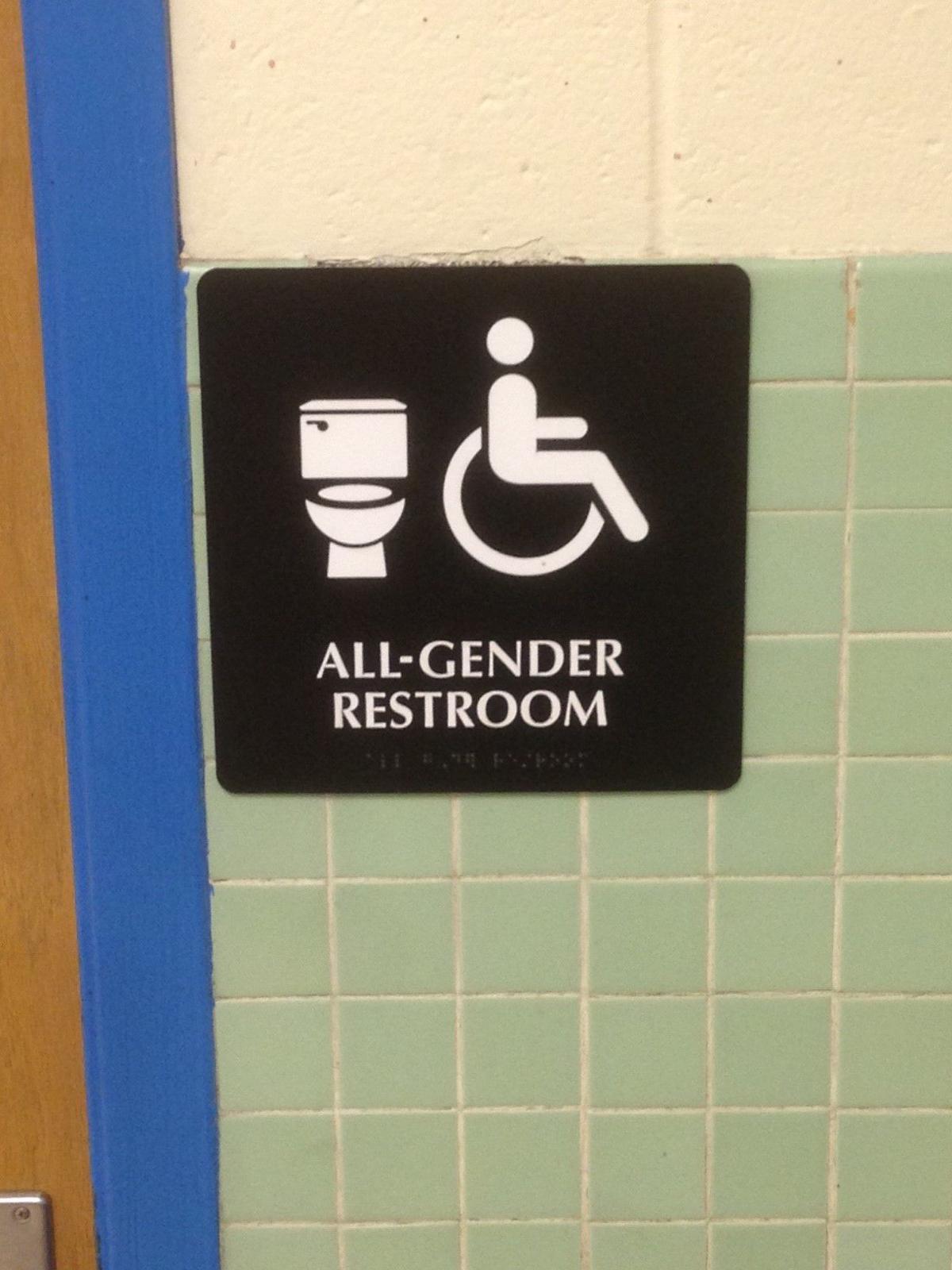 New signage designating a single-stall, all-gender bathroom at Whitehorse Middle School. Madison School District officials have spent the past year working to ensure all district schools have at least one such bathroom for anyone who wants privacy, whether the person identifies as male, female, trans or not exclusively masculine or feminine. The effort is nearly finished. 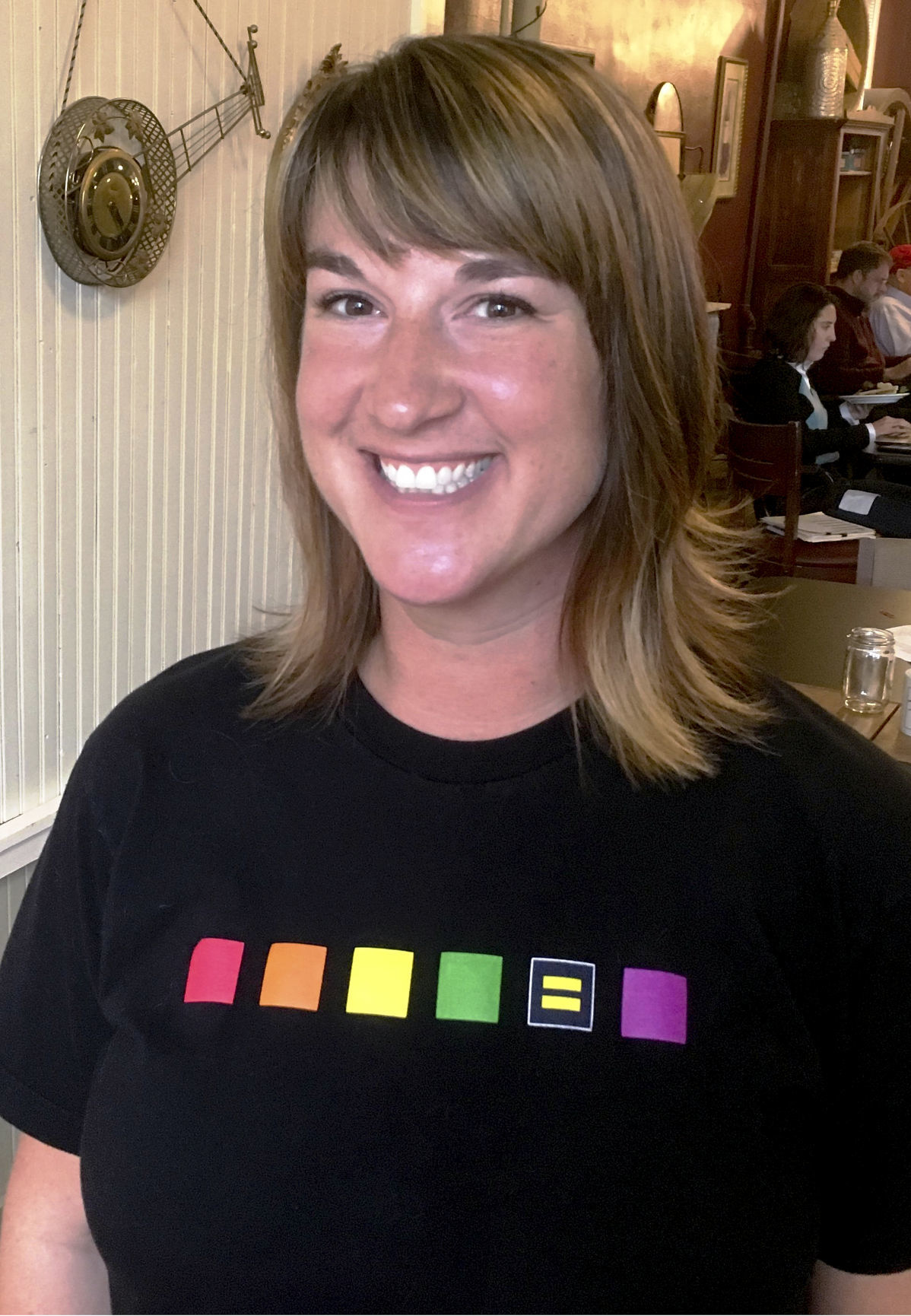 Sherie Hohs is the Madison School District's LGBTQ+ social worker. She is leading a project to provide single-stall, all-gender bathrooms in every district school along with chief of school operations Karen Kepler.