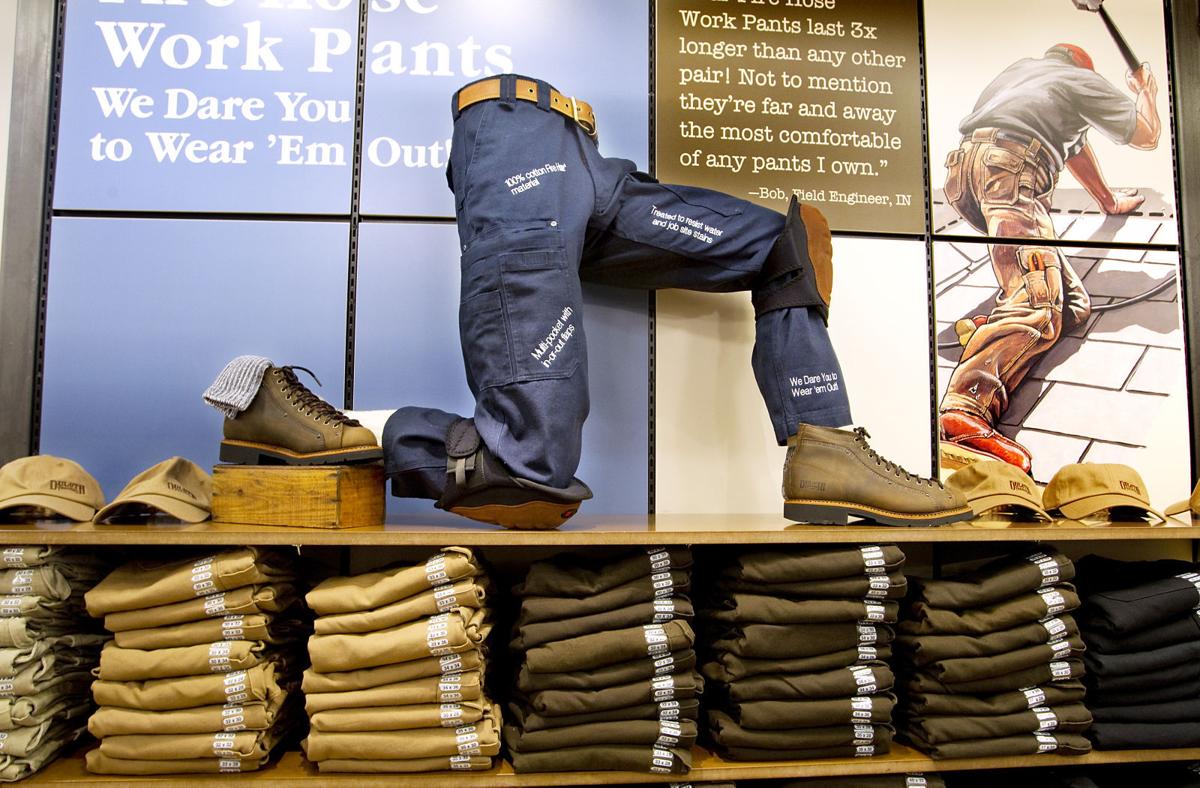 Duluth Trading Co., a Belleville catalog, online and retail apparel company, has announced plans to move its corporate headquarters to Mount Horeb. The project calls for a 108,000-square-foot, five-story office building a block off Main Street in the village's downtown. 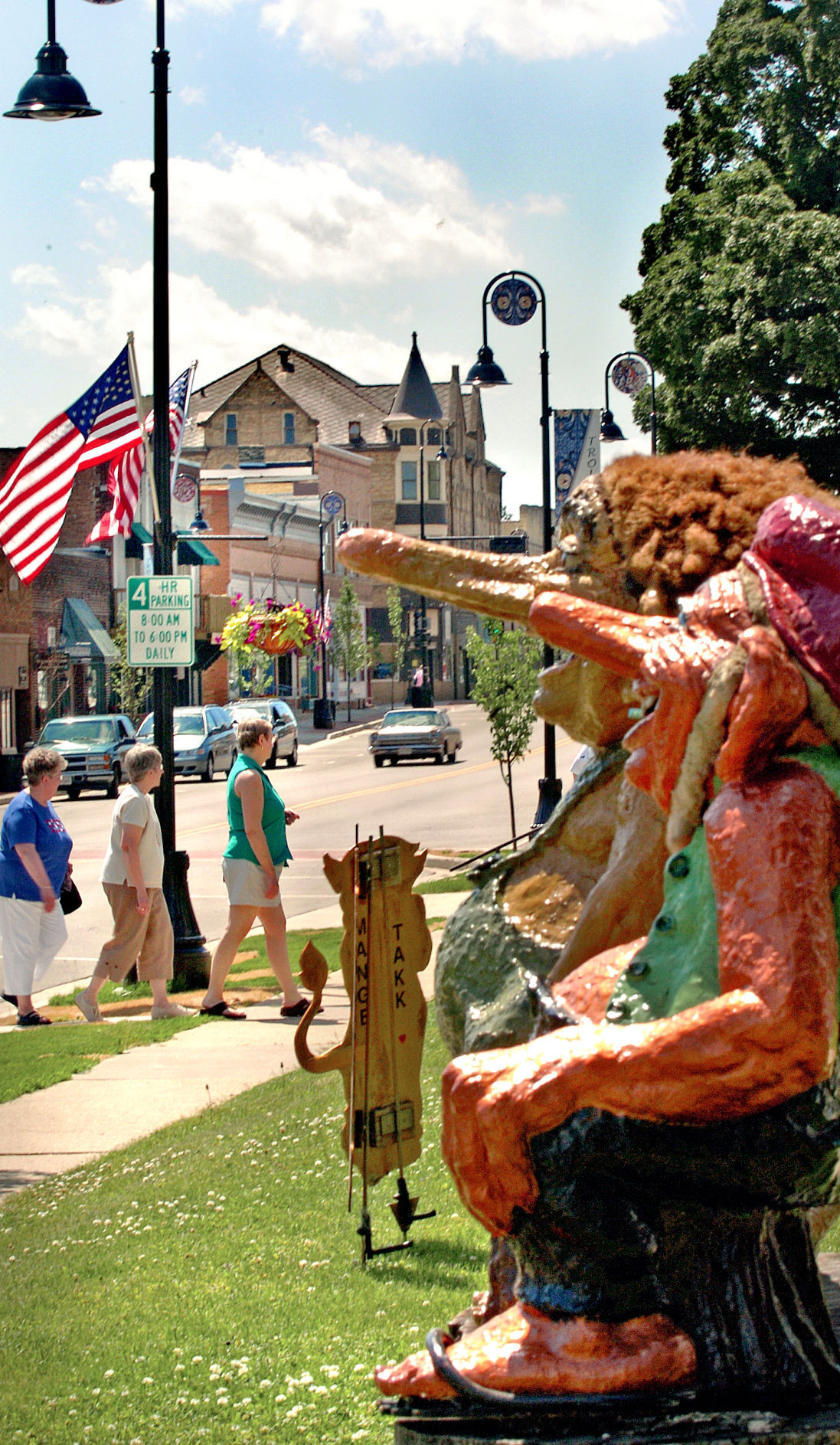 Downtown Mount Horeb is known for its collection of wooden trolls but may soon be home to the corporate headquarters of Duluth Trading Co.

Duluth Trading Co. has announced that it wants to move its corporate headquarters to the western Dane County village from Belleville, a plan that would construct a more than 108,000-square-foot, five-story office building along a bike trail, a block off Main Street and just around the corner from the Grumpy Troll Brew Pub.

The project would add 100 to 150 additional jobs to the village’s downtown, on top of about 100 primarily marketing jobs already located in the Mount Horeb Innovation Center, also downtown. The company’s retail store would remain on Main Street, said Nicholas Owen, the village’s administrator.

Duluth’s warehouse, distribution center and call center would remain in Belleville where the company nearly doubled the size of its warehouse this summer with a 75,000-square-foot addition, officials said.

Preliminary discussions about the project began this spring and increased this summer, Owen said. The Village Board approved the plan Wednesday night and discussed tax incremental financing for the project, Owen said, that if approved, could break ground this spring and open in 2018.

“I think it’s a great opportunity for Mount Horeb to not only retain but add jobs to the downtown, bring more people to our downtown and help out restaurants and shops,” Owen said. “We’re really looking for this to spur redevelopment in our downtown.”

The announcement by Duluth comes as a 30-unit apartment project is being proposed for the downtown and as the Mount Horeb Area Historical Society is building a $1.7 million, 4,500-square-foot museum to celebrate the area’s history. Recent development activity on the village’s east side has included a new grocery store for Miller & Sons, a 61-room GrandStay Hotel & Suites and earlier this year the opening of a 2,000-square-foot production facility for Sjölinds Chocolate, which also has a coffee shop downtown.

But what is a gain for Mount Horeb is a loss for Belleville.

Duluth is the largest employer for the village of 1,848 people south of Madison. Roger Hillebrand, Belleville’s village president, said he knew the company was looking at expanding its corporate offices but had few details about the company’s plan. Hillebrand said he was hoping the move would only amount to a loss of about 60 jobs for his community. The village’s economic development committee was scheduled to meet Thursday to further discuss the impact, Hillebrand said.

“It’s very important to the community,” Hillebrand said. “We’re going to do everything we can for them.”

In the last six years, the company has also focused on brick-and-mortar stores. In 2010 it opened a store in downtown Mount Horeb and last month opened its 14th retail store in King of Prussia, Pennsylvania, a suburb of Philadelphia. Four more stores are on tap for the second half of the fiscal year, in the Chicago suburbs of Hoffman Estates and Downers Grove during the third quarter, and in Independence, Missouri, and Manassas, Virginia, in the fourth quarter.

The new headquarters building is designed to not only consolidate operations but revitalize Front Street, now a blighted area; promote the Duluth brand; recognize the Military Ridge Bike Trail; and reflect the “industrial” history along the former rail line, according to a letter to the village from Michael Sobczak, of Plunkett Raysich Architects.

The building’s two-story entry would be located mid-block on Front Street, allowing entry from the street and the adjacent parking lot, with new sidewalks, landscaping, lighting, benches and planters, along with a Duluth-clad troll. Ground-floor windows are envisioned to showcase the company’s graphics, with a fitness center allowing views of the bike trail, according to the document.

The plan has received broad support in the community, said Melissa Theisen, executive director of the Mount Horeb Area Chamber of Commerce.

“I think it’s a great opportunity for Mount Horeb to not only retain but add jobs to the downtown, bring more people to our downtown and help out restaurants and shops.” Nicholas Owen,
Mount Horeb administrator

Retailers say it's harder to hire enough holiday help this year than in the past.

They will be the Belleville work wear company's first shops in the Chicago area.

The 11,000-square-foot store is the Belleville company's 11th shop.

One of downtown La Crosse's anchor storefronts will have a new tenant in June when Duluth Trading Co. opens a clothing store in the Doerflinge…

The Belleville casual clothier will gain visibility from the move, CEO Pugliese said.

The Belleville company is giving details about its proposal to sell its stock on Nasdaq.

The Belleville company, known for its casual and work clothing and accessories, says it will offer its stock for $12 per share.

Upgrades to shopping and dining expected to generate more than $81 million over the next 10 years.

Duluth Trading to open up to 12 stores this year

The Belleville apparel company's sales grew but profits fell in the last quarter of the 2016 fiscal year.

An historic makeover, a new ice cream for Mount Horeb and the return of Little Norway's stave church

The clothing retailer continues to grow its brand while its headquarters is under construction a block away.

Duluth Trading Co., a Belleville catalog, online and retail apparel company, has announced plans to move its corporate headquarters to Mount Horeb. The project calls for a 108,000-square-foot, five-story office building a block off Main Street in the village's downtown.

Downtown Mount Horeb is known for its collection of wooden trolls but may soon be home to the corporate headquarters of Duluth Trading Co.