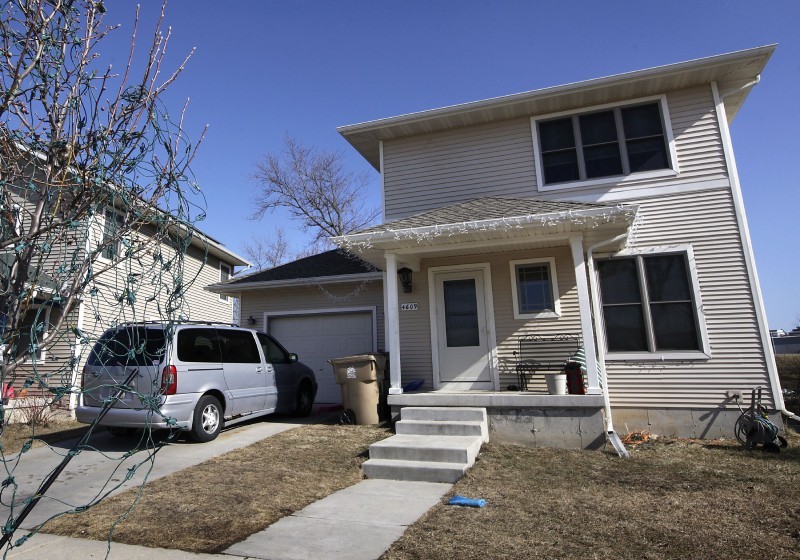 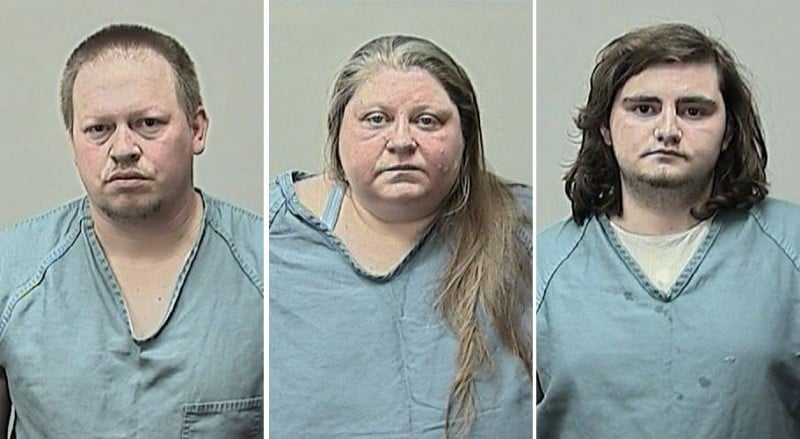 State probation agents who conducted home visits at a Madison residence where authorities say a 15-year-old girl was starved and abused never saw the girl and did not go into the basement where she allegedly was forced to stay, though her stepmother showed the agents an alarm on the basement door she said was for protection because the girl was severely autistic, according to state records.

According to a criminal complaint, the girl, who weighed about 70 pounds, had been locked in the basement since she was 9 years old and told police she scavenged food from the garbage, the floor and the dirty laundry. A child abuse expert said the girl had experienced "serial torture."

Lance Wiersma, a region chief of the Department of Corrections' Division of Community Corrections, said Wednesday that agents had no information indicating that the girl was locked in the basement or being abused, and that Drabek-Chritton's explanation of the girl's medical condition and the need for the alarm seemed plausible at the time.

Corrections spokesman Tim Le Monds said the department has conducted a formal review and full audit of the case and found that no work rules were violated, and no employees have been disciplined.

Between mid-December and early February — when the girl was found outside in pajamas and bare feet — agents made three visits to the family's Southeast Side home, where Drabek was living while on probation for having a sexual relationship with a 13-year-old girl in Deerfield.

According to a March 15 email to Wiersma from supervisor Nicole Raisbeck, "The agents only inspected Josh's bedroom and common areas located in the house."

The email was among records requested by the State Journal that the DOC released Wednesday. While the girl's name is blacked out in the documents, it is apparent that the references are to her.

Raisbeck wrote: "During the residence assessment, Melinda showed the agents the alarms on (Drabek's) bedroom door and the basement door" and "demonstrated the loud noise that would result in the (basement) door being opened. She told us the alarms were turned on only at night for the protection of (the girl) and the family."

But Wiersma said Wednesday it was DOC's understanding that the basement alarm was solely for the girl's protection, because of her autism, and agents were not told she posed a danger to others. The girl has told police she has never been diagnosed with or taken medications for autism.

But Le Monds said Wednesday, "The policy is that we investigate common areas within the home." He said agents were told that the basement was the girl's bedroom and "there was no reason for us to look into the teenage girl's bedroom."

According to the records, Corrections is seeking to revoke Drabek's probation in part for failing to act on knowledge that the girl was being abused and starved.

A revocation summary states, "Drabek has shown he is willing to stand back and do nothing while horrendous abuse is occurring."

Drabek "knew this was not how a normal 15-year-old girl should look. Regarding the alarm on (the basement) door, he stated his mother told him this was because (the girl) would come upstairs and eat all the food," the summary states. "She then put an alarm on Mr. Drabek's bedroom door so it would 'look better to the DOC.'"

Wiersma said it appeared to agents at the time that the family was taking precautions to ensure Drabek did not leave the house or go where he wasn't supposed to. The revocation summary states Drabek-Chritton said Drabek's alarm was partly to ensure he wasn't going to the girl's room.

Agents had no information at the time indicating there had been any allegations of improper contact between Drabek and the girl, Wiersma said.

According to the DOC records, Drabek did not initially tell agents that his stepsister was living in the home, saying he forgot. But the revocation summary states that explanation "is suspicious and unlikely at best. At worst, it was a deceptive attempt conceal her whereabouts altogether from his agent because of the poor condition he knew she was in."

In a statement dated Feb. 24, weeks after the girl fled, Drabek said he moved back into the home Nov. 15 when he was put on probation. He said he did not know the girl was being abused and "never saw my mom or Chad lay a hand on her.

"If I look back now, I can see that abuse was occurring," Drabek said, adding that his mother "would yell and scream and threaten all the time. The day (the girl) ran away, I heard her say, 'I'll throw you down the stairs.' That's when (the girl) ran."

A husband and wife accused of torturing and starving the man's teenage daughter are expected to enter pleas this week.

A website created to collect money for the legal defense of a couple accused of severely abusing the man's daughter has not raised any money, his lawyer said in court Friday. The website was brought up during discussion of a motion to lower bail for Chad Chritton and Melinda Drabek-Chritton. Judge Julie Genovese ultimately decided to lower bail to $9,000 apiece.

The father and stepmother of a 15-year-old girl who was found badly malnourished, barefoot and wearing only pajamas outdoors last month were ordered to stand trial Friday after a child abuse expert testified that she suffered from serial child torture.

The girl's statements, contained in court documents, paint a troubling picture of physical, mental and sexual abuse. The girl describes running away, only to be found, brought home and threatened.

State probation agents made three visits since mid-December to the house where prosecutors say a 15-year-old girl was tortured, starved and abused by her parents and stepbrother, according to the state Department of Corrections.