Former deputy charged with murder of wife, sister-in-law
Share this
{{featured_button_text}}
1 of 4 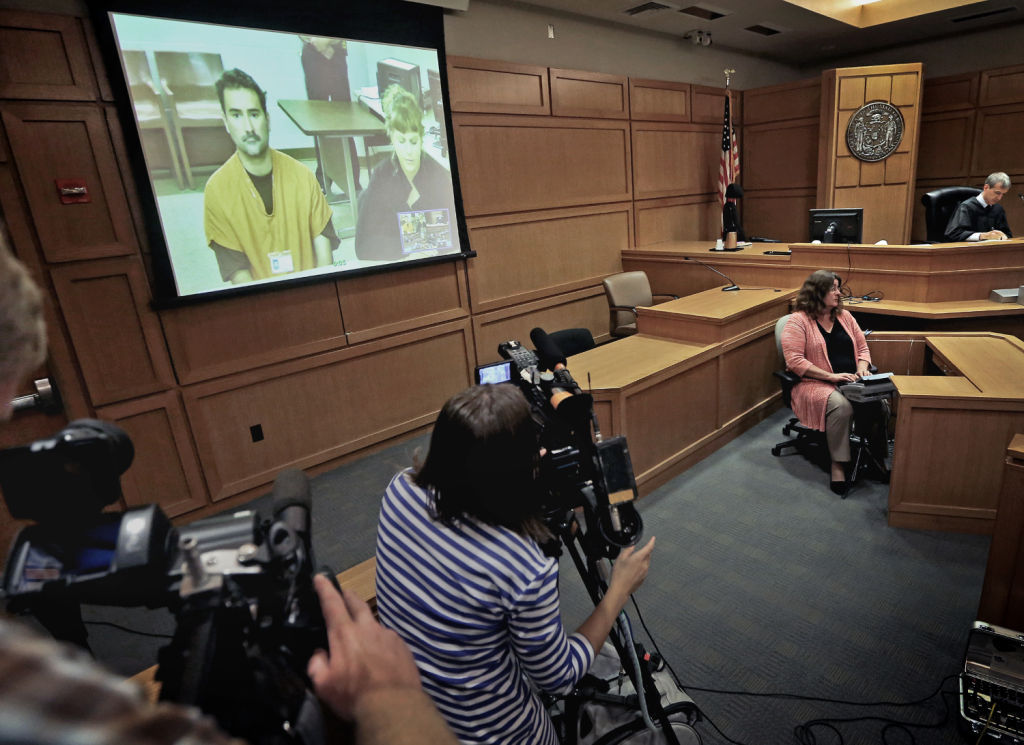 Former Dane County sheriff's deputy Andy Steele appears via teleconference with his attorney Jessa Nicholson before Dane County Court Commissioner Scott McAndrew on Friday. Steele is accused in the Aug. 22 shooting deaths of his wife and sister-in-law at his Fitchburg home. 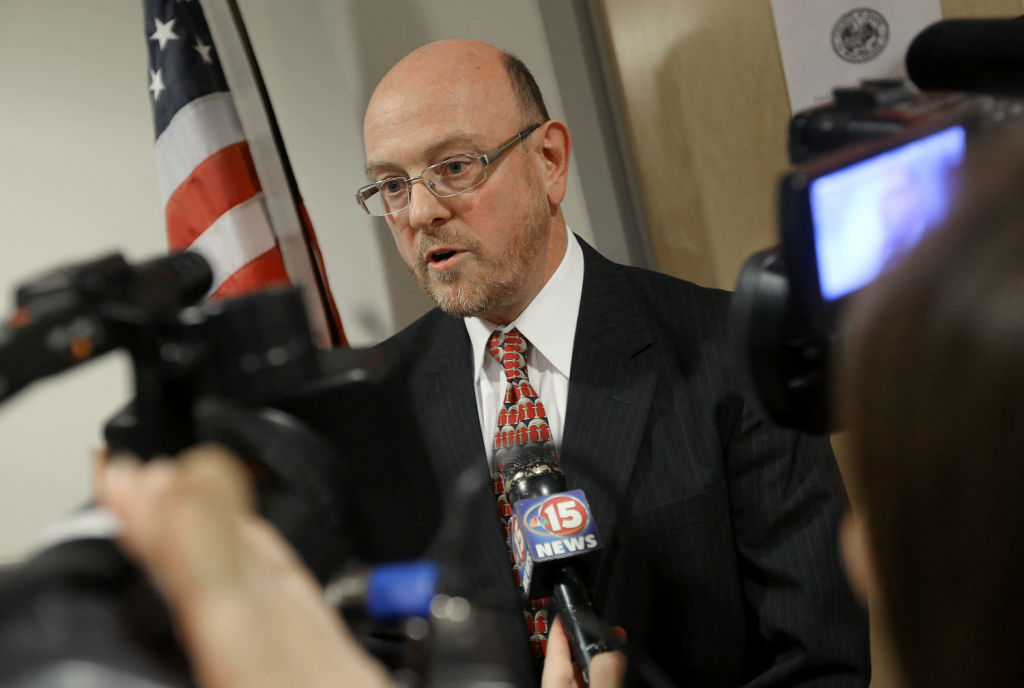 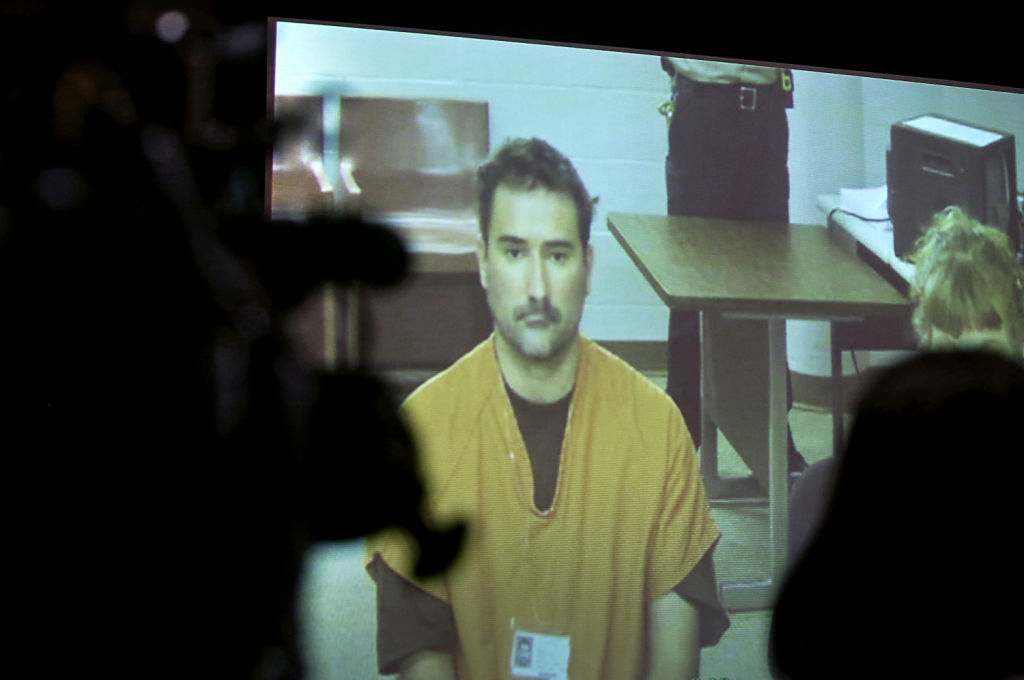 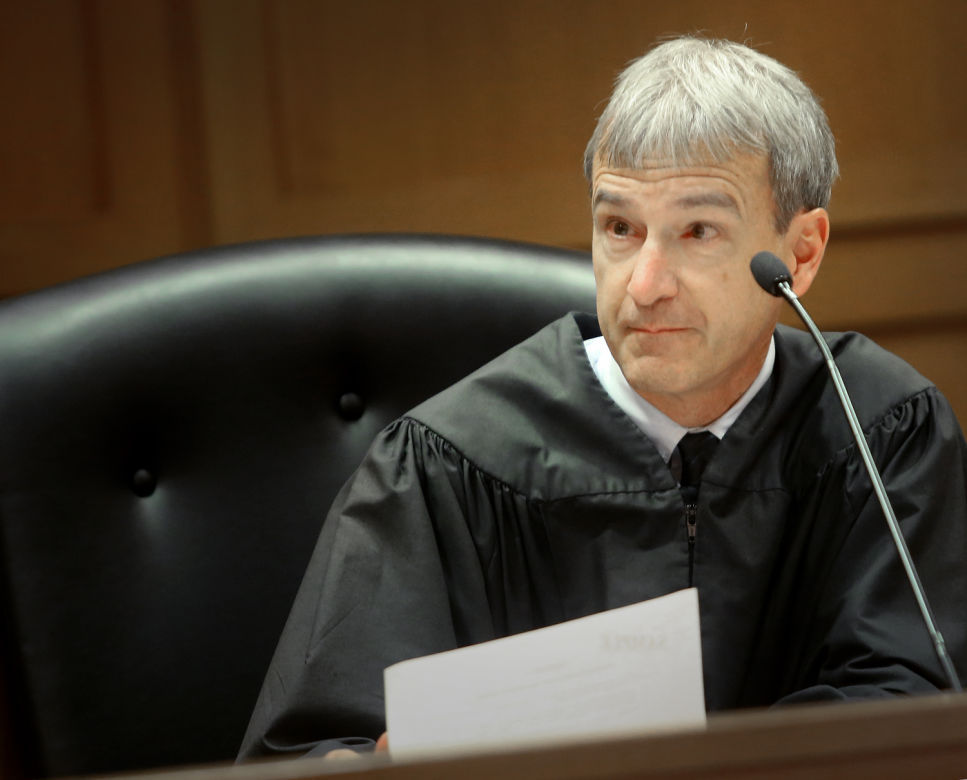 A former Dane County sheriff’s deputy was charged Friday with the murders of his wife and her sister. But the criminal complaint is silent on what allegedly led Andy Steele to shoot the women to death a week ago.

Steele, 39, was charged with two counts of first-degree intentional homicide. The criminal complaint states that his wife, Ashlee Steele, 39, was found on a bed at the couple’s Fitchburg home with a sleep mask on and a feather comforter over her body. There also was a pillow on her chest with a large hole in it from what appeared to be muzzle blast, according to a criminal complaint filed in Dane County Circuit Court.

Feathers from the comforter were found on the barrel of a 9mm handgun that was found in the laundry room of the home, where Andy Steele was found by police.

The complaint states that Ashlee Steele was shot once in the head, and that she had a black zip tie fastened tightly around her neck.

Andy Steele retired from the sheriff’s office in June after he was diagnosed with amyotrophic lateral sclerosis. His wife organized fundraisers to help the family with expenses as the disease progressed.

Steele’s lawyer, Jessa Nicholson, said money from the fundraiser, which totaled more than $20,000 until its website was taken down over the weekend, has been put into an escrow and will be donated to an ALS charity.

“It is not my client’s desire nor those close to him to use funds that are intended to help address debilitating illness for anything related to these tragic events,” she said.

Steele, with Nicholson beside him, appeared in court by video Friday from the Rock County Jail in Janesville, where he is being held. Court Commissioner Scott McAndrew set bail at $1 million and ordered that Steele have no contact with the family of his wife and sister-in-law, and for now, no contact with his two children.

The complaint does not mention a possible motive for the killings. Assistant District Attorney Paul Barnett said he would not comment on motive or about whether investigators have spoken with Steele.

But in court, Nicholson said Steele and others have said there was no apparent motive for his actions and no history of domestic violence and that the couple were happily married and “working as a team.”

“Because of this, the defense expects to diligently investigate any potential medical or psychological condition that could give rise to the circumstances we find ourselves here for,” Nicholson said.

Steele will return to court for a preliminary hearing on Sept. 4.

Ashlee Steele’s sister, Kacee Tollefsbol, called 911 about 12:55 p.m. on Aug. 22 to report that she had been shot in the back by Andy Steele at the Steeles’ home at 3038 Yarmouth Greenway Drive in Fitchburg.

When Fitchburg police Detective Matthew Wiza arrived, he heard a woman saying, “I am dying, I am dying.” Asked again who shot her, she said it was her brother-in-law.

When police found Andy Steele in the laundry room, there was a small portable grill burning in the room with hot, gray charcoals in it. The room was very warm, and the dryer was running and was vented into the room instead of outside.

A gun, loaded and cocked, was partially visible under some blankets on the floor. Carbon monoxide detectors were sounding in the home.

A receipt from the McKee Road PDQ store found in the home indicated that two bags of charcoal were purchased at 9:22 a.m. the same day, and video from the store showed Steele walking in and buying the charcoal.

Rachelle Putman, who is the sister-in-law of Ashlee Steele and Tollefsbol, told police that she received an email from Ashlee Steele at 8:35 a.m. that day regarding an upcoming ice bucket challenge, the viral online campaign to raise money for ALS research.

Barnett said after the hearing that Andy Steele suffered smoke inhalation during the incident and was taken to a Milwaukee hospital that treats that type of injury.

Barnett said he did not know Steele from his work with the sheriff’s office and added that the case is being prosecuted in Dane County after it was decided there was no reason to recuse the DA’s office here from the case.

Crime reports from Madison.com for the week of Aug. 24. Only Madison-area police incidents with specific locations are included. Click on the …

Slideshow: The 20 most-read stories of August

The former sheriff's deputy has asked a Dane County judge to reduce his bail from $1 million to a signature bond.

A trial set for April 13 now will determine whether he was legally responsible for the deaths of Ashlee Steele and Kacee Tollefsbol.

Andy Steele, 39, is tentatively charged with two counts of first-degree intentional homicide for the shooting deaths of his wife, Ashlee, 39, and her sister, Kacee Tollefsbol, 38, of Lake Elmo, Minnesota, at the Steele home in Fitchburg.

Andy Steele is being held in the Rock County Jail.

"I just could not believe it," Gary Fahndrich told MLive.com "It doesn't seem possible, they were such a loving couple. It makes it more of a mystery."

The question of why 39-year-old Andy Steele would have shot two of his family members — something friends and colleagues have struggled to make sense of — remains unanswered.

Fitchburg double homicide 'overwhelming tragedy for so many,' sheriff says

Members of the Dane County Sheriff's Office are trying to "make sense out of nonsense" after a recently retired sheriff's deputy allegedly killed his wife and sister-in-law.

A recently retired Dane County Sheriff's deputy battling Lou Gehrig's Disease is arrested Saturday in the shooting deaths of his wife and sister-in-law.

The suspect in the shooting, who police did not yet identify, was taken to the hospital with injuries not inflicted by police.

Former deputy who killed wife and sister-in-law to be released, placed at parents' home

Andrew Steele, a former Dane County sheriff’s deputy who shot his wife and her sister to death in 2014 but was found not mentally responsible …

Former Dane County sheriff's deputy Andy Steele appears via teleconference with his attorney Jessa Nicholson before Dane County Court Commissioner Scott McAndrew on Friday. Steele is accused in the Aug. 22 shooting deaths of his wife and sister-in-law at his Fitchburg home.