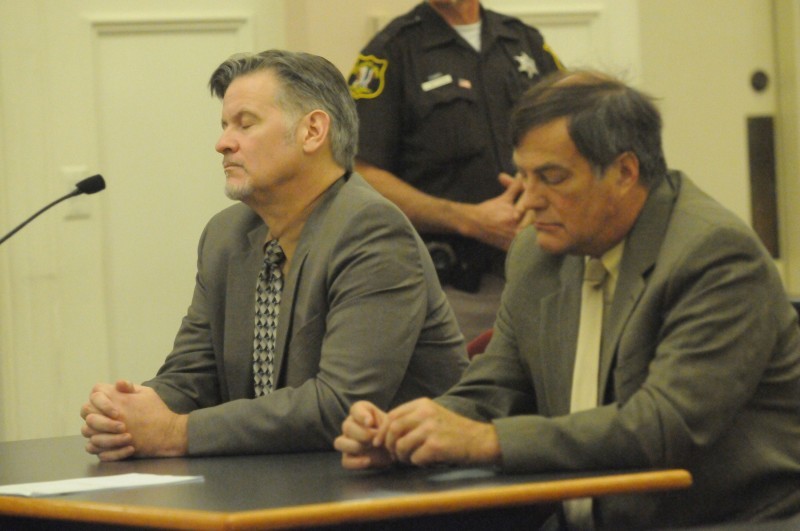 David R. Yates closes his eyes as Judge James Evenson announces two consecutive life terms with no hope of early release during his sentencing Tuesday for killing his children, 5-week-old twins Savannah and Tyler. After more than two weeks of testimony and arguments, a jury of Portage County residents sitting in Baraboo found him guilty on two counts of first-degree intentional homicide. 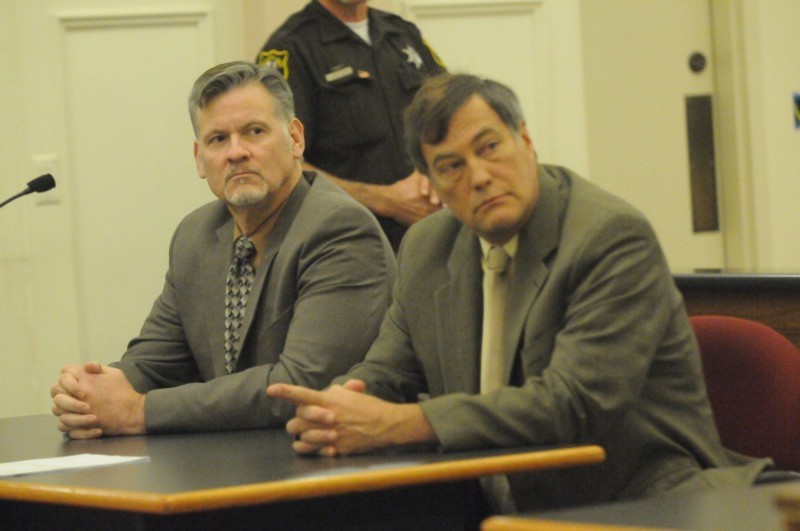 BARABOO — A courtroom erupted in emotion Tuesday as a judge sentenced a defiant Baraboo man to two consecutive life prison terms without hope of parole for the murders of his twin infant children.

David R. Yates, 48, was convicted earlier in the day of two counts of first-degree intentional homicide in the deaths of his 5-week-old children, Savannah and Tyler Yates. The babies were found battered to death in their father's condo on April 13, 2008.

Over 10 days of testimony Yates' attorney, John M. Brinckman, tried to pin the crime on the children's mother, Susan Winbun, who now lives in Reedsburg. Brinckman argued Winbun could have drugged Yates with his prescription of the anti-depressant Cymbalta, then killed the children herself sometime after midnight, likely with the help of a male accomplice.

Late Monday afternoon the case went to the jury, brought in from Portage County to ensure impartiality.

During the sentencing hearing an hour later the twins' sister by adoption, Betsy Sullivan, made a victim impact statement.

Winbun pleaded for Yates to admit his crime and said she hopes to eventually forgive him, but not yet.

"Just because you're forgiven doesn't mean you shouldn't be punished," she said. "Judge Evenson, for what he's done to my family ... he deserves nothing less than life in prison."

Sauk County District Attorney Patricia Barrett asked the judge to impose life prison terms for each child consecutively, with Yates' earliest opportunity to apply for supervised release in 80 years. She said the rage he demonstrated in killing the children was "terrifying."

"I believe the public has every reason to assume that this court will protect all others from David Yates," Barrett said.

Given his chance to speak Yates insisted he was innocent.

He pointed to problems with trial evidence, such as a Baraboo police detective destroying a smudged fingerprint while collecting DNA from Yates' cell phone. Though the judge ruled the detective acted properly, Yates said it was the sort of thing that would eventually have the guilty verdicts overturned.

Judge Evenson strongly rejected Yates' assertion of innocence. He pointed to the pathologists' report that Tyler was killed as much as two hours before his sister.

"Two young, innocent, helpless individuals were essentially battered to death," he said. "It was in no way accidental.

"What occurred here over a period of time was two calculated motions that took the lives of these two children," Evenson said.

Winbun sobbed and hugged friends as Evenson ordered that Yates serve two terms of life in prison consecutively with no option to apply for early release.

Winbun had little comment as she gathered with friends outside the courthouse, other than she was satisfied.

Asked how she felt about more than two years prosecuting Yates and two weeks-plus in court every day, Barrett passed it off as just her job.

"Justice has been served," she said.

A 48-year-old Baraboo man named David Yates was sentenced to life in prison last week for brutally beating his 5-week-old twins to death in 2008.

It took about four hours Friday morning to assemble a jury to decide the fate of a Baraboo man accused in the deaths of his two children.

David R. Yates, 48, was charged with first-degree intentional homicide after Baraboo police found his 5-week-old twin infants, Savannah and Tyler Yates, battered to death under his bed April 13, 2008. Yates was lying atop the bed in a confused and intoxicated state when an officer found him that Sunday evening, according to police.

Father is charged in two killings

David R. Yates closes his eyes as Judge James Evenson announces two consecutive life terms with no hope of early release during his sentencing Tuesday for killing his children, 5-week-old twins Savannah and Tyler. After more than two weeks of testimony and arguments, a jury of Portage County residents sitting in Baraboo found him guilty on two counts of first-degree intentional homicide.