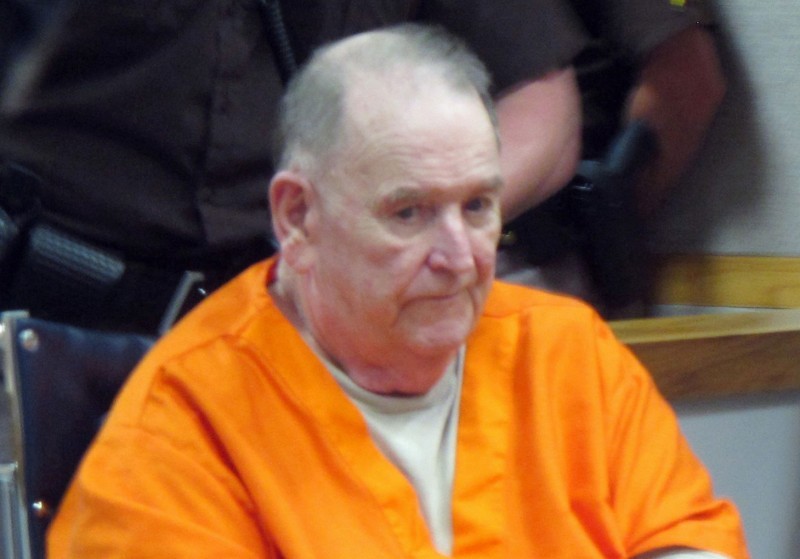 Edward W. Edwards arrives for a hearing in Jefferson County Circuit Court, where he pleaded guilty to killing a teenage couple in Wisconsin nearly 30 years ago and agreed to plead guilty to two 1977 Ohio murders. 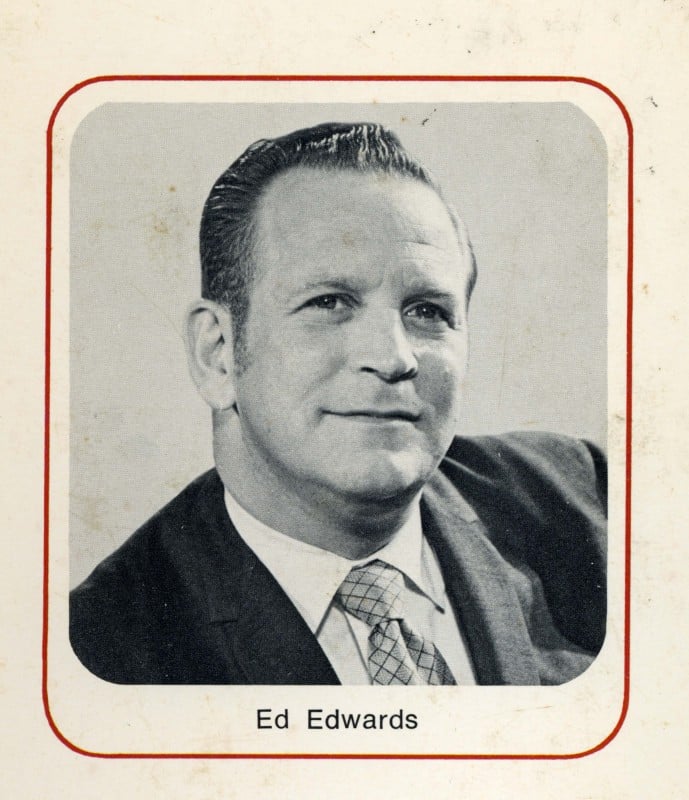 Ed Edwards from book cover of Metamorphosis of a Criminal, the true life story of Ed Edwards. Edward Wayne Edwards confessed, May 5, 2010, to killing William (Billy) Lavaco, 21, of Doylestown and Judith Straub, 18, of Sterling, in Silver Creek Metropolitan Park in August 1977. 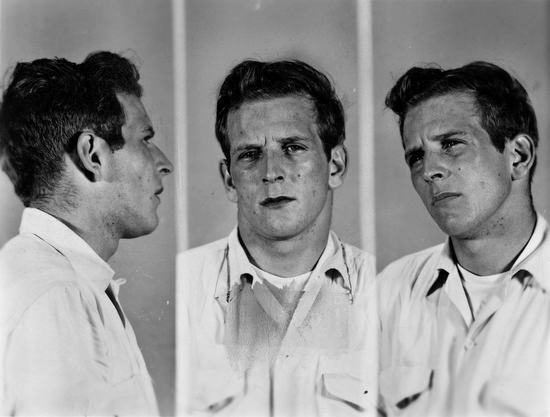 JEFFERSON --  An elderly Kentucky con man convicted of killing two young couples in Wisconsin and Ohio decades ago claims he also killed a 24-year-old man he considered a foster son in an Ohio cemetery 14 years ago.

In a jailhouse interview with The Associated Press, Edward W. Edwards, 77, said he and his wife, Kay Edwards, took Dannie Boy Edwards into their home in Burton, Ohio, in the mid-1990s. The young man legally changed his name in 1996 from Dannie Law Gloeckner to Dannie Boy Edwards.

Edwards said Dannie Boy wore out his welcome by stealing credit cards and other things from his children, and that he stood to make some $183,000 in life insurance benefits if Dannie Boy died. So he said he lured Dannie Boy to a secluded cemetery near their home in June 1996 and shot him twice in the chest with a 20-gauge shotgun. He said he buried the body in a shallow grave nearby.

"I'm responsible for it," Edwards said. "It didn't work on my conscience. I spent the money. I was having a good time. ... you do it, forget it was done and go about your business until next time."

Authorities found the body in 1997. The slaying remains unsolved.

Sheriff Dan McClelland said investigators have spoken to Edwards many times about Dannie Boy's death and they were still trying to corroborate his story. Edwards is in custody and doesn't present a threat, he said.

"Each time he talks, we get a sliver more. You get enough of those slivers, pretty soon you have a lot of information," McClelland said.

Edwards was living in Louisville, Ky., when he was arrested in July 2009 after authorities tied him to the Wisconsin slayings through DNA testing. He said he's confessing to the latest slaying because he wants to be sentenced to death in Ohio, even though prosecutors haven't charged him in that slaying. He said he has been a liar all his life, but he was telling the truth about Dannie Boy because his family urged him to come clean about everything he's done.

He said he hoped the confession would pressure prosecutors to bring charges. He said he'd rather be executed than languish in prison.

In a deal with prosecutors in Wisconsin and Ohio, Edwards pleaded guilty earlier this month to killing William Lavaco, 21, of Doylestown, Ohio, and Judith Straub, 18, of Sterling, Ohio, in 1977. He also pleaded guilty to killing 19-year-old Wisconsin sweethearts Tim Hack and Kelly Drew in 1980.

Edwards faces two mandatory terms of life in prison when he's sentenced Monday in Jefferson County for the Wisconsin murders. Wisconsin does not have the death penalty.

It's unclear whether Edwards could be sentenced to death if convicted of murdering Dannie Boy Edwards. To recommend a death sentence, Ohio juries must find offenders guilty of a serious secondary offense — such as rape, arson or aggravated robbery — in addition to aggravated murder. Judges have the final say and almost always follow the jury's recommendation.

During the interview, Edwards described for the first time publicly how he killed the Ohio couple, although he steadfastly refused to discuss why and how he killed the Wisconsin couple, saying he was scheduled to be sentenced for those slayings on Monday.

Edwards said he met Lavaco at "beer bashes" Edwards held at the family's farm near Doylestown, Ohio, and that at some point, he decided to kill him at a park Lavaco frequented where young lovers often went. He said he found Lavaco there after the bars closed one night, and was surprised Straub was with him, although he said he shouldn't have been surprised.

He said he told Straub to stay in the car as he argued with Lavaco, but she walked up to where they were arguing, so he shot them both in the neck with a shotgun.

Before any of the five killings, Edwards documented his life of crime in a 1972 autobiography, "Metamorphosis of a Criminal." He spent the 1950s and early 1960s drifting across the country, stealing cars, robbing banks and gas stations and seducing women he met along the way.

He did a stint in federal prison in Leavenworth, Kan., where he claims a guard persuaded him to clean up his life. After he was paroled from the federal prison in Lewisburg, Pa., in 1967, he embarked on a speaking tour to persuade young people to avoid crime.

"Don't be a crime victim," he wrote in the book. "Be a crime stopper."

Sitting in a wheelchair in the Jefferson County Jail's multipurpose room, Edwards told the AP the publisher embellished most of his story, but he did intend to go straight.

"Don't ask me where I went wrong," he said. "So much for good intentions."

An elderly Kentucky con man who pleaded guilty to five slayings in Wisconsin and Ohio — and was on death row for his most recent crime — has died in prison of natural causes, an Ohio prisons spokesman said Friday.

Edward W. Edwards, 77, who pleaded guilty earlier this month to the 1980 slayings of Tim Hack and his girlfriend, Kelly Drew, will be sentenced at 8:30 a.m. on Monday in Jefferson County Circuit Court.

Edward Edwards was sentenced to two life terms in the Ohio murders that he committed in 1977. He also plead guilty this week to a separate double murder in Jefferson County in August 1980.

Edward W. Edwards, who started as a petty criminal in Ohio, added "serial killer" to his resume Wednesday, pleading guilty to the 1980 slayings of two 19-year-old Jefferson sweethearts. He left Thursday for Ohio, where he has agreed to plead guilty to a 1977 double homicide.

Edward W. Edwards, convicted of killing two young couples in Wisconsin and Ohio decades ago, claims he also shot to death a man he considered …

Edward W. Edwards arrives for a hearing in Jefferson County Circuit Court, where he pleaded guilty to killing a teenage couple in Wisconsin nearly 30 years ago and agreed to plead guilty to two 1977 Ohio murders.

Ed Edwards from book cover of Metamorphosis of a Criminal, the true life story of Ed Edwards. Edward Wayne Edwards confessed, May 5, 2010, to killing William (Billy) Lavaco, 21, of Doylestown and Judith Straub, 18, of Sterling, in Silver Creek Metropolitan Park in August 1977.