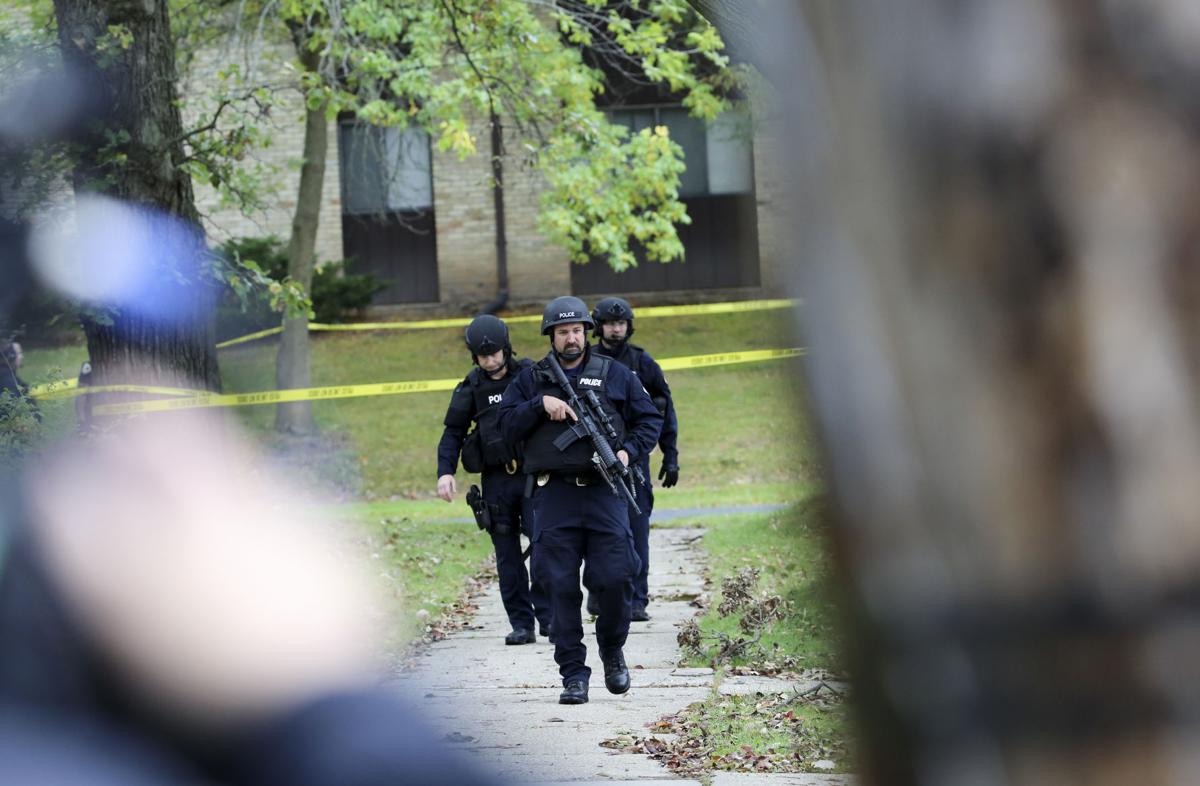 New policies and procedures for how and when Madison police should use deadly or non-deadly force were lauded by a local attorney who has represented the families of two people who were fatally shot by officers. 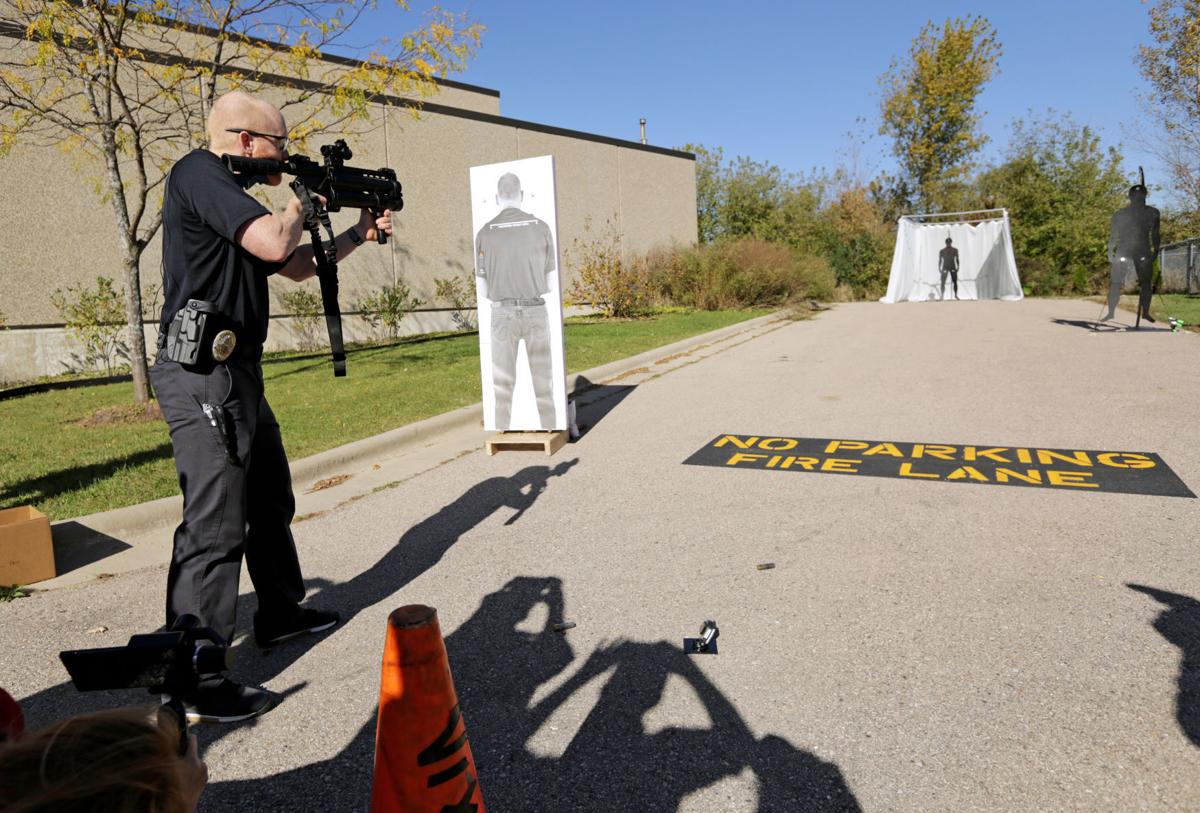 Madison police Officer Chris Masterson handles a repurposed grenade launcher that fires a less-lethal 40mm sponge round and can temporarily subdue dangerous individuals. A story about how the Deuce Launcher helped Madison police save the life of a suicidal man last week and is a key component in the department's efforts to de-escalate potentially deadly situations is on Page A5. 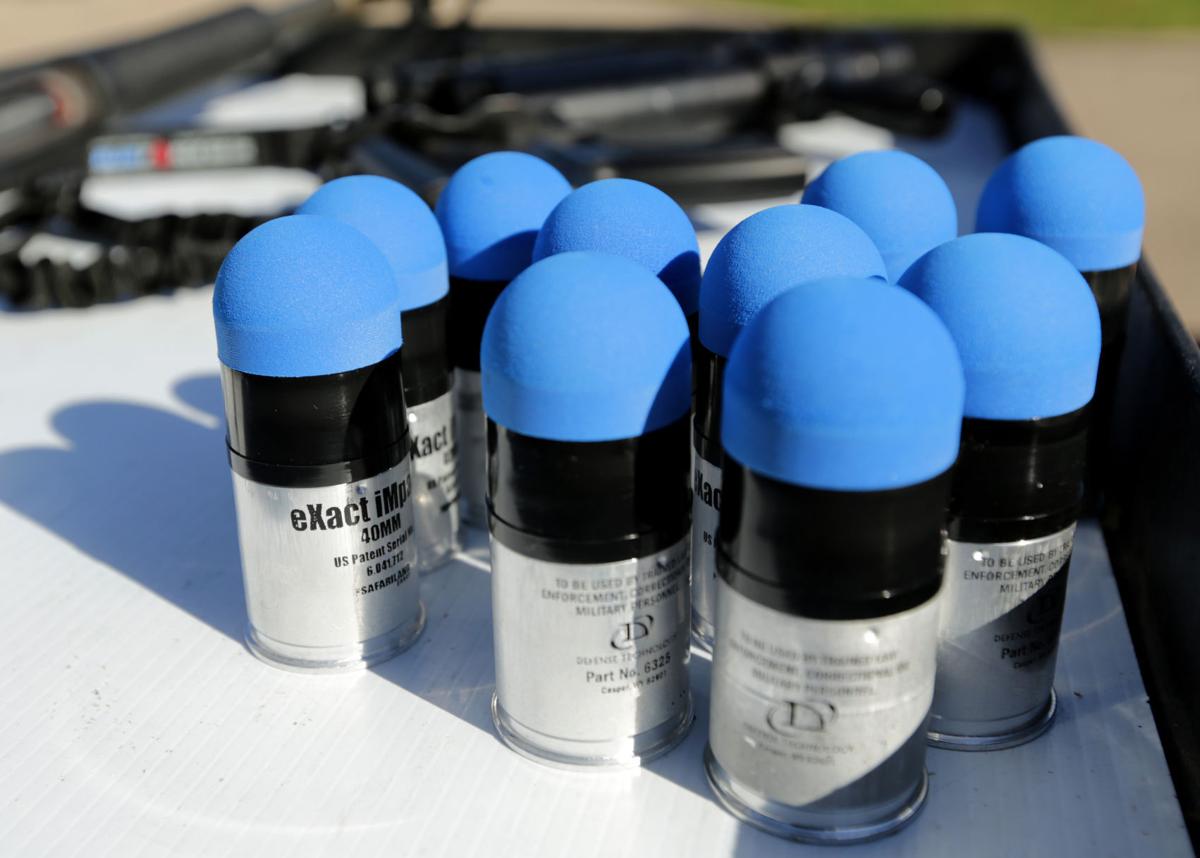 A less-lethal sponge round for a Sage 40mm Deuce Launcher costs the Madison Police Department $26 apiece and can be only used once. They are more accurate and can be fired at a longer range than bean bag rounds fired from shotguns, according to Madison police.

The Madison Police Department has updated its guide on the use of deadly force, instructing officers to exhaust other options before using a gun in a change lauded by both a police union official and an attorney who has sued the city over the issue.

“When it comes to the rules our police officers are trained to follow, language matters,” said Andrea Farrell, a Madison attorney who earlier this year won a federal civil rights lawsuit against the city on behalf of the family of a woman killed by Madison police.

The police department was ordered by the City Council in May to change its standard operating procedures for how officers use deadly force, as well as one for how they use non-deadly force and to include language emphasizing an officer’s duty to intercede, de-escalate and preserve life. The changes were recommended by a special committee that studied police policy and practices.

“In terms of an officer’s decision-making, I don’t think (the new policy) changes it,” Wahl said. “I think it just emphasizes that it’s an important part of our core values and how we do business.”

‘Preservation of all human life’

But Farrell said the changes offer more clarity, which she hoped would help officers make the right decisions in crisis situations. Farrell represented the family of Paul Heenan, which received a $2.3 million settlement from the city after Heenan was fatally shot by a Madison police officer in 2012. She also represented the family of Ashley DiPiazza, which was awarded $7 million by a jury in federal court this year after the 27-year-old woman was fatally shot by two Madison police officers in her apartment in 2014.

Farrell noted that there are key, subtle differences between the old policy, which told officers they had “a legal and moral obligation to use force wisely and judiciously,” and the new policy, which tells officers their primary duty is the “protection and preservation of all human life — including the lives of individuals being taken into custody.”

“These may be two sides of the same coin, but I think the new policy does a better job of embodying what we want from our officers,” Farrell said. “Can you imagine squad cars with ‘using force judiciously’ painted on the side instead of ‘protect and serve’? The bottom line is that all officers who believe it is their job to protect human life will, de facto, use force judiciously.”

Officers who have used deadly force in the line of duty often say that their training takes over in those situations, according to Jim Palmer, the executive director of the Wisconsin Professional Police Association. “That’s one of the most common statements that I hear. So I think the training and policies that reinforce their obligations as officers do have a benefit,” he said.

The facts of each case ultimately dictate the officer’s reaction, according to Palmer. “But these are critically important concepts and themes to reinforce in every officer,” he said. “The public benefit is to diminish the confusion that exists.”

Palmer said there have been 23 officer-involved shootings in Wisconsin so far in 2017, 20 of which were fatal. While the number of shootings is consistent with the previous three years, the number of fatalities is three more than 2016 and 10 more than 2015, he said. Most notably, Palmer said, the WPPA data show that 80 percent of the officer-involved shootings this year involved confrontations with individuals who had a firearm. That is 27 percentage points higher than in 2016 and 30 points higher than 2015.

“It’s not just urban areas anymore, either,” Palmer said. “It reinforces the need for every agency to have policies (for using deadly force) that closely reflect what the state mandates.”

Farrell said the new policy requiring an officer to believe that “all other options have been exhausted or would be ineffective” before using a gun is a higher standard than the previous instruction that deadly force would not be used “unless a lesser degree of force would be insufficient.”

“This new text encourages officers to actually exhaust other options, rather than just hypothesizing that they would be ineffective,” she said.

Another change in the new procedure for deadly force removes language that says, “the purpose of deadly force is to stop the threat.” Farrell called that a “welcome change.”

“This phrase has been misconstrued by some to mean that the purpose of deadly force is to kill a threatening person,” she said. “I think most people would agree that killing a threatening person is a necessary evil rather than the end goal, and that deadly force should only be used when necessary in true self-defense, or to save the life of another, and the new policy better embodies this notion.”

Farrell also gave Madison police high marks for its new policy on use of non-deadly force, since it emphasizes a layered tactical response that divides responsibilities among officers at emergency scenes and avoids what she called “a gun-or-nothing approach.”

“It makes little sense for six officers to respond to a scene, yet all be doing the same thing — shouting orders and pointing guns,” she said. “This model gives officers more tools and more options on any given scene, so they can actually use a lower amount of force when appropriate — something that would be unavailable if every officer was holding a gun. Many times, under this model, non-threatening verbal de-escalation is all that will be needed.”

Wahl said the language spells out how less-lethal weapons should be used to prevent a situation from escalating to the point that lethal force is needed. “If someone has a knife and they are 20 feet away from you, you deploy less-lethal,” he said. “If they are on top of you and trying to stab you, that is definitely a deadly force threat and that is not the time to try a bean bag (gun).”

Also, if officers see someone with a gun but it’s down to the side, that might be a good time to use less-lethal means to stop the person. “Given the right circumstances, (less-lethal means) can be appropriate and a potential lifesaver,” Wahl said.Madison police also created new standard operating procedures for backup, responding to persons with an altered state of mind and to Mendota Mental Health Institute, and made changes to policies for major case investigations and restricted duty, among others.

Map: Crime reports in the Madison area for October

Search this map for details about crimes reported in the Madison area in October.

What do you think of Madison's new police procedures?

The Madison Police Department has updated its guide on the use of deadly force, instructing officers to exhaust other options before using a g…

Chris Rickert: Madison policy-makers focus on rules for police, if not for everyone else

What matters most is whether changing the verbiage in a police document would have been enough to save lives.

The initial recommendations of consultant OIR Group is to hire an independent auditor for the Madison Police Department, while no definitive recommendation on body cameras was provided.

Women compose about 30 percent of Madison police officers as the police department has consistently sought female recruits, a practice highlighted in a national report by Politico.

New policies and procedures for how and when Madison police should use deadly or non-deadly force were lauded by a local attorney who has represented the families of two people who were fatally shot by officers.

Madison police Officer Chris Masterson handles a repurposed grenade launcher that fires a less-lethal 40mm sponge round and can temporarily subdue dangerous individuals. A story about how the Deuce Launcher helped Madison police save the life of a suicidal man last week and is a key component in the department's efforts to de-escalate potentially deadly situations is on Page A5.

A less-lethal sponge round for a Sage 40mm Deuce Launcher costs the Madison Police Department $26 apiece and can be only used once. They are more accurate and can be fired at a longer range than bean bag rounds fired from shotguns, according to Madison police. 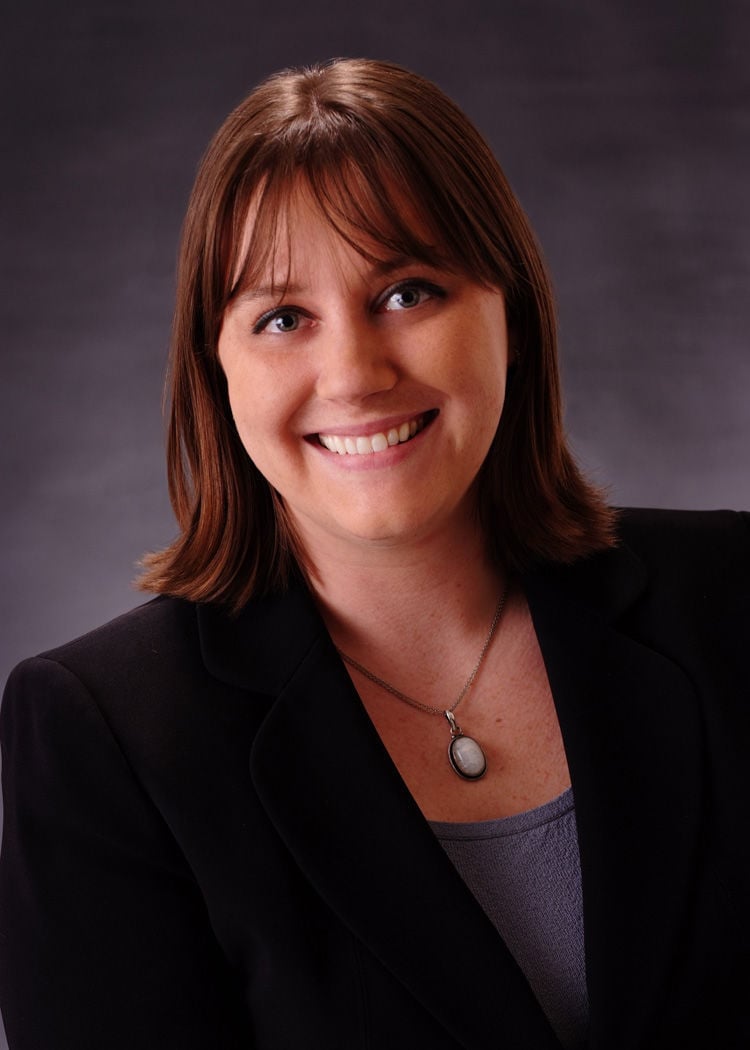 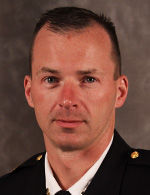 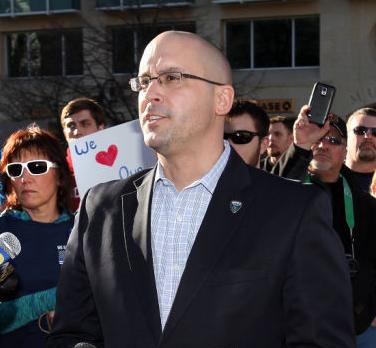