A Wisconsin teenager missing for nearly three months after her parents were killed in the family home was found alive barely an hour's drive away, by a woman who said she was walking her dog along a rural road when a disheveled teenage girl called out to her for help, quickly grabbed her and told her she was lost.

Then the girl revealed her name: Jayme Closs, the 13-year-old Wisconsin girl who vanished three months ago after her parents were fatally shot in the family's home.

Jeanne Nutter, a social worker who spent years working in child protection, told The Associated Press on Friday that the girl approached her Thursday afternoon in a heavily wooded, rural neighborhood near the small town of Gordon, about 60 miles south of where Jayme disappeared on Oct. 15.

Jayme told the woman said she had walked away from a cabin where she'd been held captive, a cabin not far from Nutter's home.

"I was terrified, but I didn't want to show her that," Nutter told the AP. "She just yelled please help me I don't know where I am. I'm lost."

Nutter said she didn't want to bring Jayme to her nearby home because it was too close to where she'd been found, and she didn't want them to be alone. She said: "My only thought was to get her to a safe place."

The two went elsewhere in the neighborhood, to the home of Peter and Kristin Kasinskas. Jayme was skinny and dirty, wearing shoes too big for her feet, but appeared outwardly OK, the neighbors said.

"I honestly still think I'm dreaming right now. It was like I was seeing a ghost," Peter Kasinskas told the Minneapolis Star Tribune. "My jaw just went to the floor."

Robert Naiberg, Jayme's grandfather, told The Associated Press on Friday that his daughter called him with news that Jayme had escaped her captor.

Naiberg says Jayme reported that she'd been held by "a guy in the woods" but was able to escape.

Jayme went missing on Oct. 15 after police discovered someone had broken into the family's home outside Barron and fatally shot her parents, James and Denise Closs. Jayme was nowhere to be found, with the Barron County Sheriff's Department describing her as likely abducted.

Detectives pursued thousands of tips, watched dozens of surveillance videos and conducted numerous searches in the effort to find Jayme. Some tips led officials to recruit 2,000 volunteers for a massive ground search on Oct. 23 but it yielded no clues.

Barron County Sheriff Chris Fitzgerald said in November that he kept similar cases in the back of his mind as he worked to find Jayme, including the abduction of Elizabeth Smart, who was taken from her Salt Lake City home in 2002, when she was 14 years old. She was rescued nine months later with the help of two witnesses who recognized her abductors from an "America's Most Wanted" episode.

"I have a gut feeling she's (Jayme's) still alive," Fitzgerald said at the time.

The Star Tribune reported that Town of Gordon resident Kristin Kasinskas heard a knock on her door Thursday afternoon. It was her neighbor, who had been out walking her dog when Jayme approached her asking for help. The woman, who declined to be identified, said she was pretty sure who the girl was, but any doubt was erased when Jayme gave her name.

During the 20 minutes Jayme was in their home, Kasinskas and her husband, Peter, tried to make her feel more comfortable, they said. They offered her water and food, but she declined both. Jayme was quiet, her emotions "pretty flat," Peter Kasinskas said.

Jayme told the couple she didn't know where she was or anything about Gordon. From what she told them, they believed she was there for most of her disappearance.

Gordon lies about 40 miles south of Lake Superior and about 65 miles north of Barron, Jayme's hometown. The town is home to about 645 people in a heavily forested region where logging is the top industry.

The Douglas County Sheriff's Office confirmed on its website that Jayme was found in the town at 4:43 p.m. Thursday, and that a suspect was taken into custody 11 minutes later.

Sue Allard, Jayme's aunt, told the Star Tribune that she could barely express her joy after learning the news Thursday night.

"Praise the Lord," Allard said between sobs. "It's the news we've been waiting on for three months. I can't wait to get my arms around her. I just can't wait."

Barron Mayor Ron Fladten said Thursday night he was overjoyed at learning she is alive.

"There was a lot of discouragement because this took quite a while to play out," Fladten said. "A lot of people have been praying daily, as I have. It's just a great result we got tonight. It's unbelievable. It's like taking a big black cloud in the sky and getting rid of it and the sun comes out again."

He acknowledged that Jayme may not be the same person she was before she disappeared.

A month after Jayme Closs vanished and her parents were killed, the feeling in Barron is 'very dark'

"I hope that she's in good shape," the mayor said. "She's no doubt been through just a terrible ordeal. I think everybody wishes her a good recovery and a happy life going into the future."

The notification that Jayme had been found came just four hours after Fitzgerald had taken to Twitter to debunk a report that she had been found alive near Walworth County. That turned out to be a possible double murder case unrelated to Closs.

Douglas County, where Jayme was found, is hundreds of miles northwest of Walworth County.

Cabin where Jayme Closs was held

Jayme Closs has been missing since her parents, James and Denise Closs, were found fatally shot in their Barron County home on Oct. 15.

Hundreds of people attended a gathering Wednesday evening in Barron to light a "tree of hope" for Jayme Closs, who hasn't been seen since before her parents, James and Denise Closs, were found fatally shot in their home on Oct. 15.

A man in a South Side parking lot was mugged Thursday afternoon by a man who had asked him for some money.

Barron County Sheriff Chris Fitzgerald said Jake Thomas Patterson, who had no prior criminal record, "planned his actions and took many steps to hide his identity."

"She is going to have to grieve the loss of her parents and also come to terms with the fact she was abducted, escaped and whatever (other) hell she went through," Katie Beers said. "And it's not going to be easy."

Jake Thomas Patterson, who is scheduled to make his first court appearance on Monday, appears to have led an unremarkable existence until the night of his alleged crimes, blending into the state's vast northwestern forests. 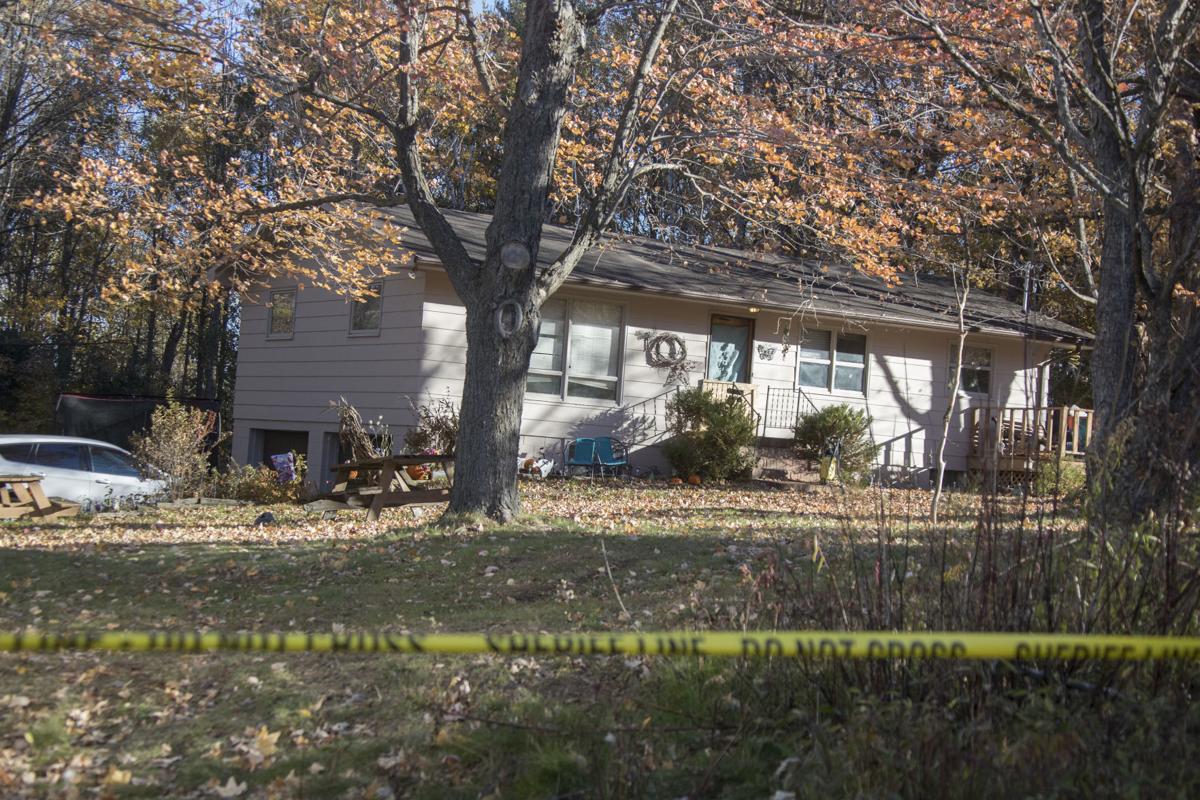 Jayme Closs, 13, who had been missing since her parents were found murdered in their Barron County home Oct. 15, was found alive Thursday evening in Douglas County. 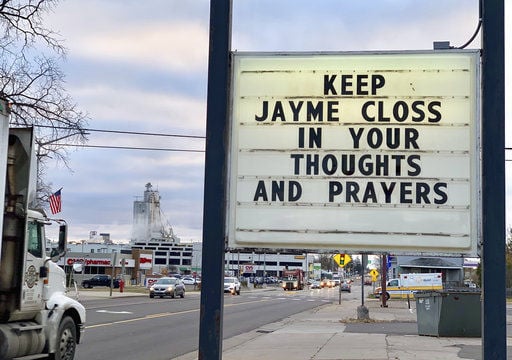 A sign is seen in the small town of Barron on Tuesday, Oct. 23, 2018, where 13-year-old Jayme Closs was discovered missing Oct. 15 after her parents were found fatally shot at their home.