Local law enforcement groups will not be marching in next Sunday’s Pride Parade following pushback from members of Madison’s LGBT community who told the event’s organizer they felt unsafe with officers participating armed and in uniform.

OutReach LGBT Community Center board member Jill Nagler said members of the community, particularly people of color, have been voicing concerns about police involvement in the parade for more than a year. Those against official police involvement in the parade say police forces as a whole perpetuate homophobia and racism and make many in the community feel unsafe at Pride events.

The LGBT community in Madison is not alone in such concerns. In Toronto, uniformed police were told to revoke their application to march in that city’s parade, the CBC (Canadian Broadcasting Corp.) reported. Police officers in Minneapolis were instructed by their chief not to wear their uniforms in the parade and were also met with protesters against police brutality, the Star Tribune reported.

On Aug. 3, OutReach said the Madison Police Department, which includes the LGBT employee resource group MPD Pride, would be welcomed to march in the parade but were asked to wear plainclothes rather than uniforms and to not include a squad car in the parade.

Madison police Lt. Brian Chaney Austin said officers would be paid for marching in the parade and would also be armed under this agreement.

Some in the LGBT community still opposed police groups marching in the parade and began to schedule a counter-rally to express disappointment in the decision.

OutReach announced Friday, after the board met in special session that week, that parade applications from Madison and UW-Madison police and Dane County Sheriff Dave Mahoney would be rescinded and all fees returned to the employee resource groups.

Shawna Lutzow and fiance Johanna Heineman-Pieper, who said they have been holding discussions through OutReach about the intersections of communities of color and LGBT communities, said they were dismayed at OutReach’s initial decision to allow police to march as a contingent. The two organized with other groups to form the Community Pride Coalition to protest police involvement in the Pride Parade.

“We are not promoting police marching as a contingent, which is very different” from not allowing officers to march as individuals in other organizations or from attending the event as a spectator, Heineman-Pieper said.

Lutzow said Friday’s decision was a step in the right direction to ensuring people of color and other marginalized groups are included and heard in the community.

Nagler said the decision isn’t the end of discussions on police involvement with the LGBT community but instead a step to recognize marginalized voices in the community going forward.

“I don’t want those who lack institutional power to be overlooked,” Nagler said.

The Madison Police Department will hear from community members at a public meeting Monday at Madison Central Library. The meeting had been planned prior to the announcement to revoke applications.

“Hopefully there will be people on both sides of the argument and all the gray area in between and there will be a meaningful discussion,” Nagler said.

Chaney Austin, a founder of MPD Pride and a black gay man, said he was disappointed in the decision to exclude law enforcement agencies but hopes that further discussion will bring the law enforcement and LGBT communities to an understanding.

“There were some hearts broken (by OutReach’s decision), there were some tears shed, but we know there’s work that needs to be done and we want to take that on,” Chaney Austin said.

As part of the street-use permit requirement, armed Madison police in uniform will still be stationed along the parade route for security and crowd control.

Mahoney said he was disheartened that he and other members of departments, who he said have worked to be inclusive and welcoming to LGBT people, were not allowed to march with their agencies.

“I think, that having been confronted by this decision, that this is an opportunity to open the door to further dialogue with the LGBT community,” Mahoney said.

“Conversations can be started from the inside, but I think the system will have to be dismantled and completely rebuilt,” Heineman-Pieper said.

One of the criticisms of police involvement dates back to the 1969 Stonewall Riots, a protest in New York City’s Greenwich Village against police raids and brutality against the LGBT community, which is considered a catalyst for the modern Pride movement, said Brianna Patterson, a member of the Madison chapter of the International Socialist Organization, which was one of the organizers for the counter rally.

The counter rally has been canceled following OutReach’s decision to disallow police participation in the parade, Patterson said.

“We stand in solidarity with OutReach and will march in Pride as an official contingent. However, our presence will remain explicitly anti-police,” Patterson said.

What: Madison Police Department community meeting on police involvement with Pride and the LGBT community

What: OutReach Pride Parade and Rally

Where: The parade route begins on State Street and will march around Capitol Square

The council also voted 13-6 to approve a redevelopment project on East Johnson Street.

Scholarship to be available for LGBT students at MATC

Wisconsin's attorney general attended a gathering of the Alliance Defending Freedom, which the Southern Poverty Law Center has listed as a hate group that seeks to outlaw homosexuality and develop legislation that denies goods and services to gay and transgender people.

Wow! Just when I thought I heard it all from the city of the perpetually offended (Madison), the latest incident floors me.

Sponsors received a letter urging boycott just before decision was made to ban cops from parade.

Madison firefighters will not participate in the Pride Parade on Sunday, in a show of support for Madison police who've been told by organizers not to march while in uniform.

As a gay man with a husband, child and grandchildren, I remember when the movement wanted inclusion and worked very had to achieve it.

After heated controversy surrounding whether police officers should be allowed to march, and logistical hurdles, there will be no Pride Parade in Madison this year. 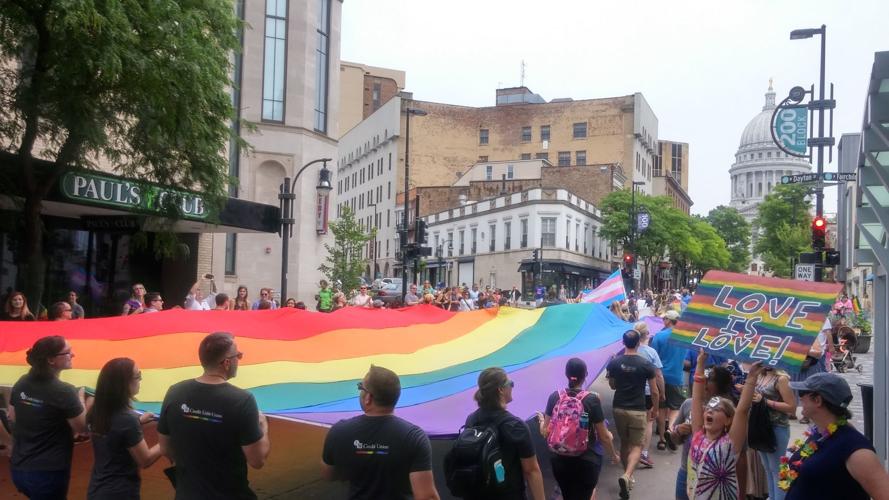 A street-wide rainbow flag is carried to the state Capitol during the 2017 Pride Parade. The parade's organizer is prohibiting law enforcement groups from marching in Sunday's Pride Parade following pushback from members of Madison's LGBT community who said they felt unsafe with officers participating armed and in uniform. 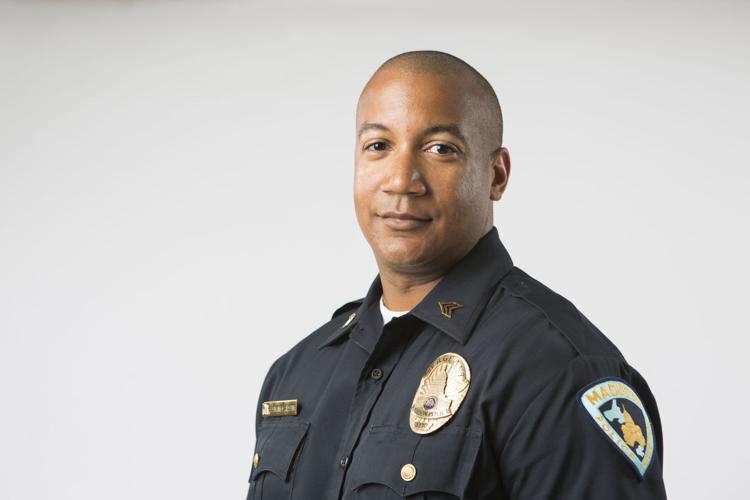