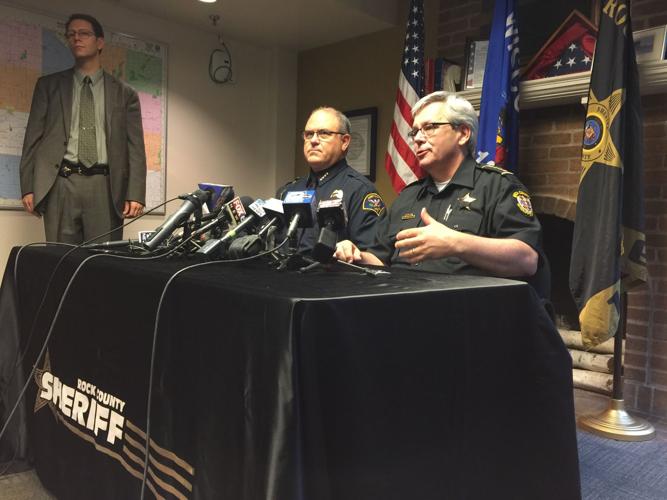 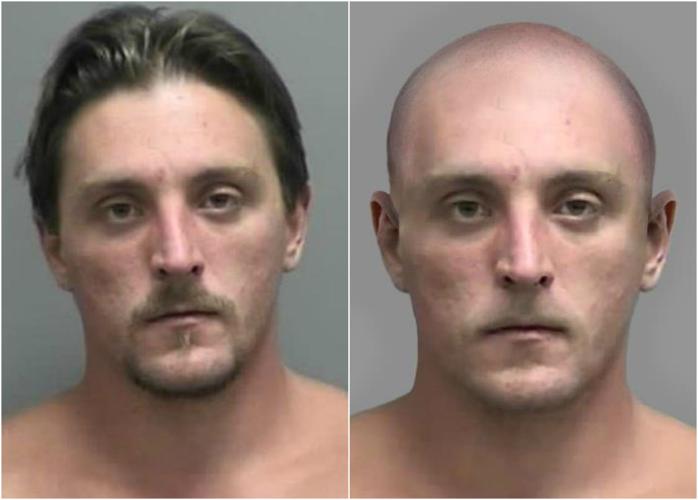 Joseph Jakubowski may have attempted to alter his appearance by shaving all facial hair and his head, according to the FBI. The images above show a recent police mug shot, left, and an altered photo depicting a possible change in appearance.

JANESVILLE — As a portion of a manifesto written by a Janesville felon who is the subject of a nationwide manhunt was made public Thursday, police eased their concern about threats toward area schools after they arrested another man for a gun incident near a school in which the fugitive had been a suspect.

But Joseph Jakubowski, 32, who allegedly stole 18 guns, mailed a 161-page anti-government manifesto to President Donald Trump and others and then went into hiding, is still considered extremely dangerous and was urged to turn himself in before his adventure turns bloody.

“Nobody has been harmed yet and we think that is a great opportunity for him and his family to bring closure to this and to do the right thing,” Janesville Police Chief David Moore said at a news conference Thursday.

Local, state and federal authorities have been chasing close to 800 clues and leads but have no idea where Jakubowski is hiding, Moore said.

“We don’t know if he is in the southern Wisconsin area or in places far, far away,” Moore said.

There was one bit of comforting news for many families, however, as Moore said initial fears that Jakubowski may be targeting schools appeared to be unfounded based on Wednesday night’s arrest of a man in connection with an April 6 incident at Janesville’s Lincoln Elementary School. Witnesses saw a man stop his car to pick up a rifle from the school’s terrace area and put it in the trunk of his car before driving away.

“We do not have any indication that he intended any harm to anyone with these guns,” Moore said. “It was just a theft.”

That incident occurred shortly after a person told Janesville police it was Jakubowski who burglarized Armageddon Supplies gun shop and that he heard Jakubowski make threatening statements about schools. The two incidents led police to alert schools in south-central Wisconsin and many closed or went into partial lockdowns.

The arrest, coupled with little mention of schools in Jakubowski’s manifesto, “should give some comfort to our communities and certainly give comfort to our schools because they appear to be two separate incidents that unfortunately happened on the same day,” Moore said.

School officials were heartened to hear that police no longer believe schools are a target. “We are very relieved that they arrested a different person connected to the gun being left outside Lincoln Elementary and picked up,” Janesville School District Superintendent Karen Schulte said.

Schulte said the district does not plan further cancellations or lockdowns when school resumes Monday after this week’s spring break, although security is always a concern.

“We want to make sure all questions are answered and concerns aired before we let the principals loose in their schools,” she said.

Rock County Sheriff Robert Spoden acknowledged that copies of Jakubowski’s manifesto have surfaced recently but couldn’t confirm that they were authentic.

The manifesto, portions of which WTMJ-TV in Milwaukee said it obtained and posted on its website, appears not to target anyone in particular but rather rails against a “system” that the writer says is skewed toward protecting its own interests while making “slaves” of people like him.

The screed targets government in general, contemporary society, mass marketing and “the lie of currency,” among other things. In it, he claims he “had no choice” but to steal the weapons because his felony record prohibited him from buying them legally — another instance, he wrote, in which “the system” was oppressing him.

Trump is the only person specifically mentioned in the manifesto and there was no specific threat made to him, according to Moore.

Jakubowski’s biggest gripes also didn’t seem to focus on where he lived.

“There seems to be a larger federal concern. He talked about making systemic change and revolution. That seems to indicate that it’s something larger than a local issue,” Moore said. But law enforcement has an increased presence of deputies at the Rock County Courthouse and local colleges at their request, Spoden said.

Spoden said law enforcement won’t release a copy of the manifesto “any time in the near future” and expressed surprise that Jakubowski didn’t send copies to media outlets. Asked why more people didn’t come forward to warn police about the manifesto after they received it, Spoden said that the length of the missive may have kept some from reading it.

“When you start reading it, to be candidly speaking, it rambles on,” Spoden said, “and it doesn’t always make a lot of sense.”

Even though Jakubowski wrote in his manifesto that religion, as a whole, is bad and is used for financial gain and to keep people enslaved and alter their thinking, Spoden said Jakubowski doesn’t make any specific threats to churches in it. But law enforcement will be visible around Rock County churches and places of worship this week and on Easter, he said.

“Go and worship as you usually do,” Spoden said. “We will ensure that people can worship in a peaceful manner and safely.”

Janesville police said Thursday night that Waukesha County authorities are investigating a threatening letter sent through the U.S. Postal Service indicating unspecified violence at churches in the Sussex area on Easter Sunday, The letter was purportedly sent by Jakubowski, but its authenticity is in question, police said.

Moore and Spoden said area lakes and rivers have been searched as well as abandoned or empty cottages and homes in the area where Jakubowski allegedly burglarized Armageddon Supplies and burned his car on April 4. Authorities continued to search new areas Thursday, they said.

So far, none of Jakubowski’s friends or family have been contacted by Jakubowski, according to Spoden.

“Right now we don’t have the information or the evidence of anybody who is assisting him,” he said.

On Wednesday, a grand jury in Madison added a charge of possession of firearms and silencers by a felon.

Manhunt suspect Joseph Jakubowski tells court commissioner, 'you can't tell me what to do as a free individual'

A Janesville man accused of stealing numerous firearms and sending an anti-government manifesto to the White House talked back to a court official during a hearing to face state charges.

The Janesville man who was the subject of a nationwide manhunt last spring after he stole guns and wrote an anti-government manifesto cursed a judge Wednesday and told him to “Give me freedom or give me death” before the judge instead gave him a 14-year sentence in the federal prison system.

Joseph Jakubowski may have attempted to alter his appearance by shaving all facial hair and his head, according to the FBI. The images above show a recent police mug shot, left, and an altered photo depicting a possible change in appearance. 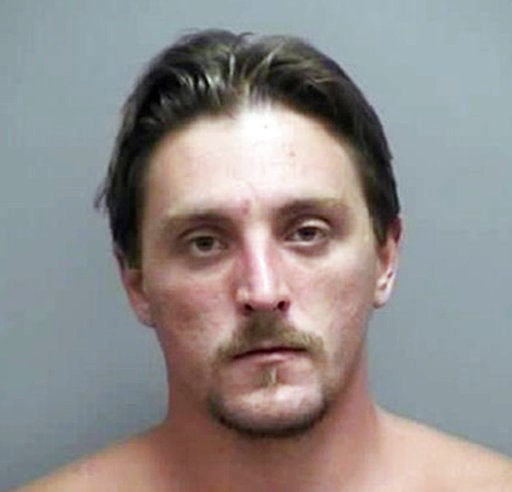