A woman who accepted a ride from a stranger Thursday night on Madison's South Side was allegedly sexually assaulted before being able to get out of the car.

The 26-year-old woman from Madison told police she was walking along West Badger Road when a car pulled up.

"The driver said he would drive her home, but instead aggressively groped her, both on top of and under her clothing," said police spokesman Joel DeSpain.

The assault continued until she was able to get out of the car near the intersection of University Avenue and Midvale Boulevard.

"She said he spoke to her only in Spanish," DeSpain said.

Woman convicted of homicide in 2017 crash that killed man

Man robbed at gunpoint in Janesville, 1 suspect arrested, another at large

Baraboo man gets seven-year sentence for having guns illegally

A Hillsboro man was arrested Wednesday on charges of sexual assault of a child.

A tractor pulling a wagon full of silage was rear-ended by a semi truck Wednesday in Grant County, with both drivers flown to UW Hospital for treatment of their injuries.

Shot fired in Fitchburg, no evidence of anyone injured, police say

Fitchburg police are investigating a shots fired incident that happened early Friday morning, with nobody reported getting injured.

The driver of a semi truck was found dead in the truck Wednesday afternoon in a ditch on a Juneau County highway.

Officials transported the inmate to a local hospital for medical attention. He did not require any lifesaving measures.

3 shot outside of theater in Milwaukee following fight at concert

The shooter fired into a crowd of people outside of the concert, hitting a man and two women.

Man dies after being thrown from motorcycle in Vernon County, Sheriff's Office says

The motorcyclist struck a dog that was in the roadway, and was launched off of his motorcycle. 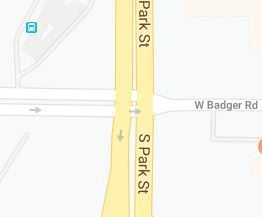