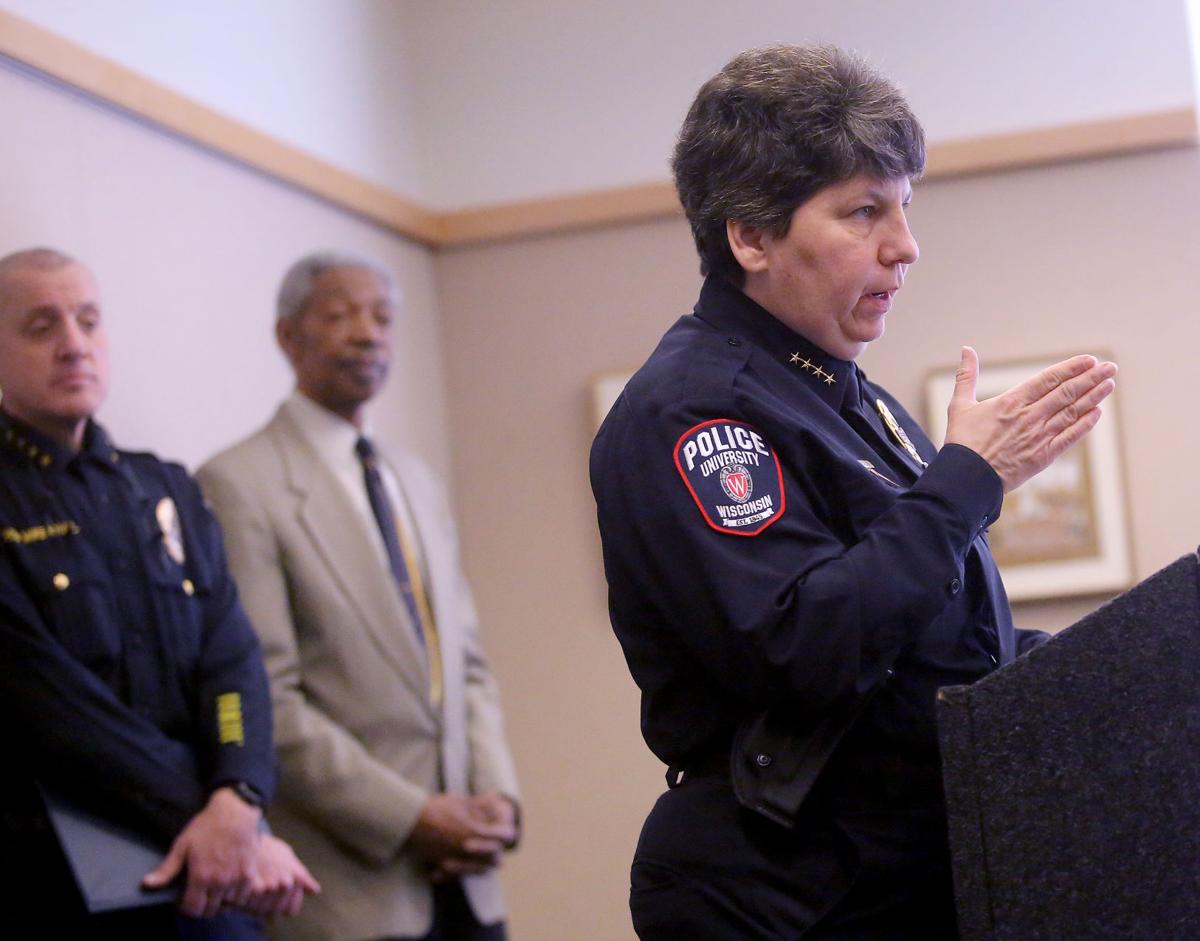 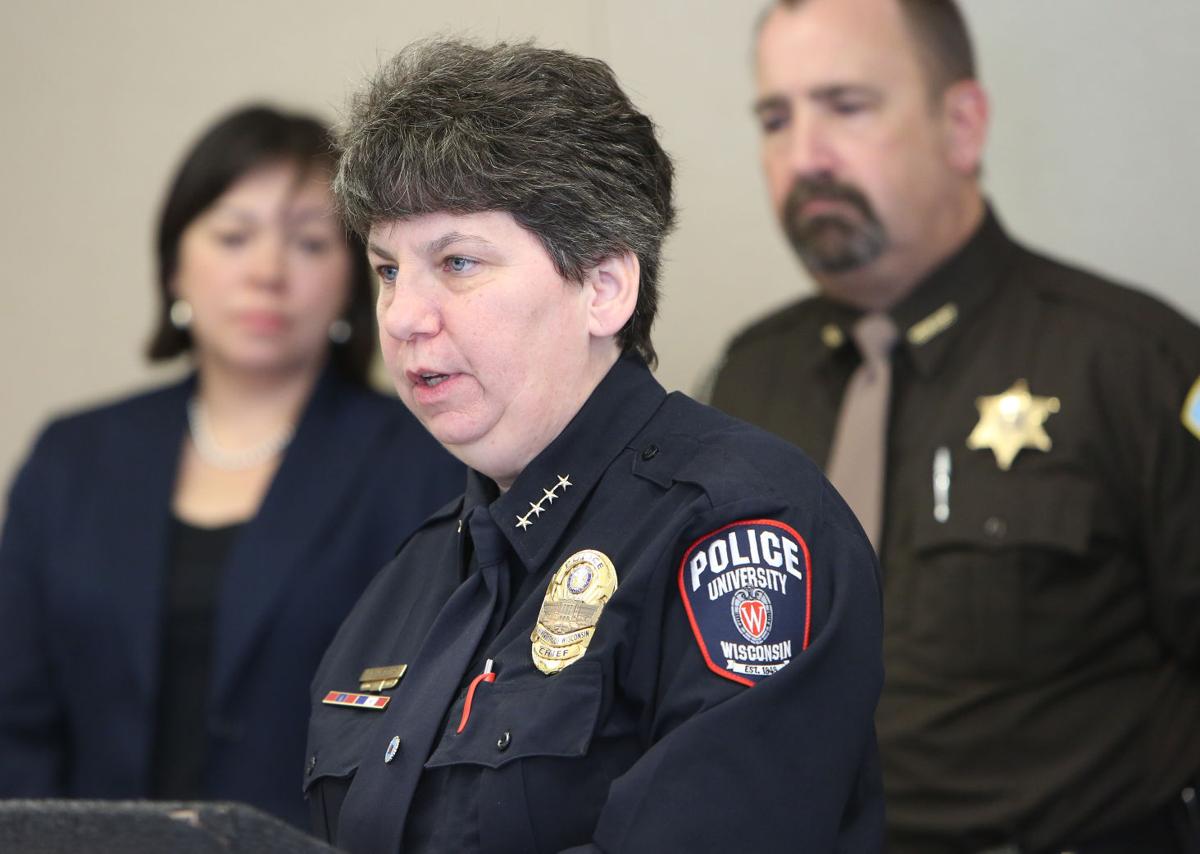 UW-Madison Police Chief Sue Riseling speaks during a February press conference of a special community/police task force, which issued recommendations regarding police use of force at the United Way of Dane County. Riseling will retire as campus police chief Aug. 7 after 25 years on the force.

UW-Madison Police Chief Sue Riseling will retire in August after 25 years on the force.

Riseling plans to continue working, however, as executive director of the International Association of Campus Law Enforcement Administrators.

In an interview, Riseling said she decided to take her new job with the organization for college and university security groups because it will allow her to shape the future of campus safety in its various forms, including law enforcement and emergency management.

“To be able to do that on a national and international scale … just seemed perfect for me,” she said.

Riseling came to UW-Madison in 1991, after working for campus police departments in New York and Maryland.

“Serving as police chief was my childhood dream,” Riseling said in a statement. “It is with tremendous gratitude and immense pride that I end my career at UW-Madison.”

She also praised Bridges, who has been with the department since the late 1970s, saying, “I couldn’t really be leaving the department to anyone better.”

During Riseling’s tenure as police chief, crime rates on the UW-Madison campus dropped to 40-year lows.

“I can’t think of a campus figure who has been a more integral part of our recent history,” said Chancellor Rebecca Blank. “Chief Riseling has developed a national reputation as one of the best campus police chiefs in the nation.

“I appreciate all of her work to keep our community safe, to train and lead a superb group of police officers, and to navigate an always-complex political environment,” Blank said.

Since Riseling became chief, police work has changed, especially after 9/11 and a plethora of campus shootings around the country. Both resulted in enhanced security on campus, as well as emergency notification, threat assessment and crisis drills, plus active shooter training for the police force.

With the success of the UW sports teams, Riseling and staff managed safety and logistics for trips to the Rose Bowl, Final Four and Frozen Four, while also handling high-profile assignments such as protecting the Dalai Lama and President Barack Obama.

“I’m grateful to the institution that I had a chance to serve the campus and the state, but also nationally and internationally,” Riseling said. “I’m blessed to have worked with such a talented group of professionals on campus, especially in the UWPD.”

Riseling was the first woman and youngest person to head a Big Ten Conference university police force, becoming chief shortly before dozens of football fans were injured in a crowd surge after a game between UW and Michigan at Camp Randall Stadium in 1993.

She was vice president for four years of the International Association of Chiefs of Police.

Riseling started discussions with the International Association of Campus Law Enforcement Administrators last winter and plans to work for the association from a home office in Madison.

The department held a ceremonial groundbreaking for the expansion Wednesday, but the work has been underway for several weeks.

Riseling's 60-officer agency has led or assisted in some of the area's biggest crimes and was among the first to add body-worn cameras.

UW-Madison Police Chief Sue Riseling speaks during a February press conference of a special community/police task force, which issued recommendations regarding police use of force at the United Way of Dane County. Riseling will retire as campus police chief Aug. 7 after 25 years on the force.