A UW-Madison student was arrested Thursday for allegedly creating a string of anti-racist graffiti that has marred buildings across the campus in recent months, resulting in thousands of dollars in damage.

McDonald is tentatively charged with 11 criminal counts for graffiti and one count of disorderly conduct for allegedly threatening a bystander who tried to stop him from defacing university property.

The graffiti, each signed by “God,” included writings such as “Racism in the air. Don’t breathe,” “The devil is a white man” and “Warning: slave society.”

Police estimate the cost to clean and repair the graffiti damage at more than $4,000.

Officers, who had tried to contact McDonald for two weeks, found him in a classroom Thursday morning after two more instances of graffiti occurred on campus overnight.

McDonald left the classroom with the officers, then moved outside of the building at the student’s request to talk further.

McDonald was arrested and booked into the Dane County Jail. He posted $5,650 bail Thursday and was released.

The graffiti comes amid recent racially charged incidents on campus and a social media hashtag, #therealUW, that have resulted in administrative action to address the racial climate.

“I know there were some messages and there may have been some meaning behind what this individual was trying to get across but, bottom line, you can’t spray paint on a building,” Lovicott said. “It’s illegal and so that’s why we took action.”

UW-Madison's campus police chief apologized Friday for the disruption caused by an officer who entered a class to contact a student suspected in a string of anti-racist graffiti.

About the worst thing you can say about the officer's deferential behavior is that he continually refers to McDonald as "man."

The arrest became a flashpoint for students and professors near the end of a semester in which the university was rocked by several high-profile, racially charged incidents.

UW-Madison officials were met with criticism and skepticism by dozens of members of Madison's black community who turned out to a forum Monday night on racial issues at the university. 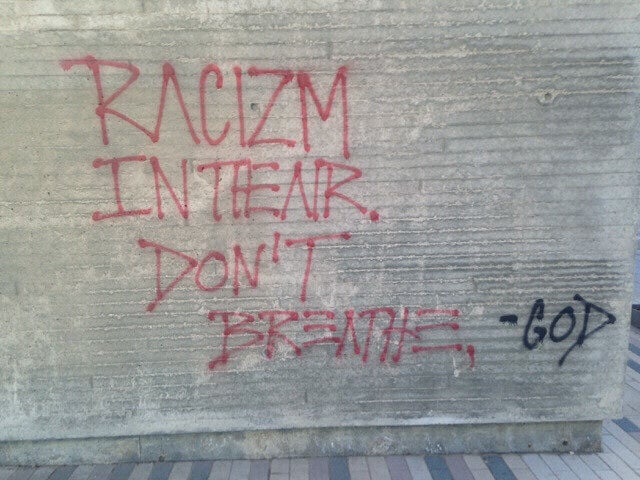 Denzel McDonald, 21, was arrested by UW-Madison Police on Thursday in connection to a string of anti-racist graffiti to UW campus buildings in recent months, including this graffiti at the Chazen Museum. 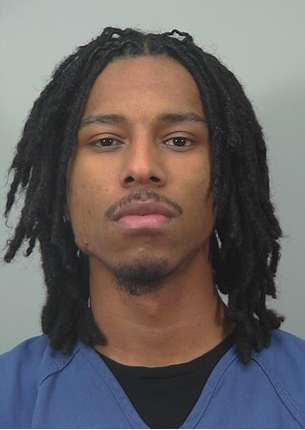