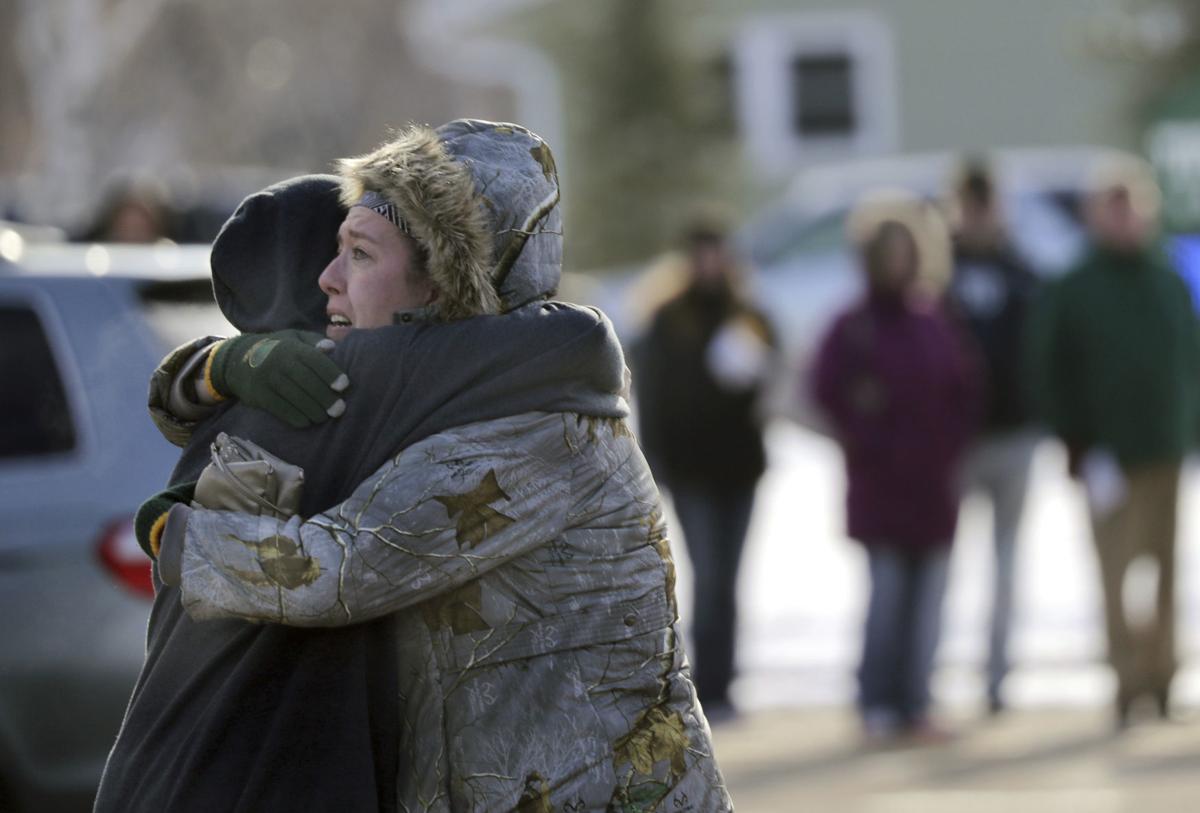 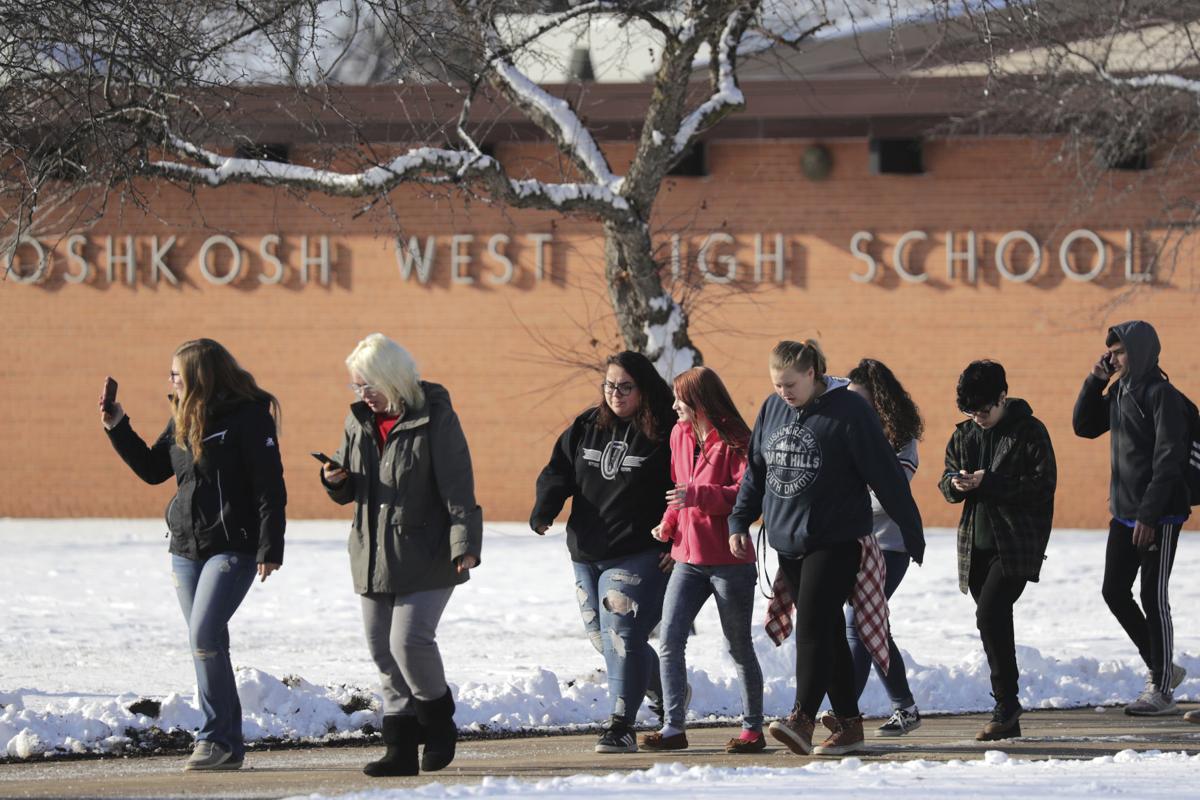 Students file out of Oshkosh West High School Tuesday. Oshkosh Police Chief Dean Smith said a student was in the school resource officer's office when the boy produced an "edged weapon" and stabbed the officer, who shot the student.

Oshkosh Police Chief Dean Smith said he didn’t believe the officer or the student suffered life-threatening injuries. He said the officer shot the teenager once but that he didn’t know how many times the officer fired. The Wisconsin Department of Justice’s Division of Criminal Investigation is handling the investigation.

The incident took place around 9 a.m. at Oshkosh West High School, a school of 1,700 students. Smith said the student was in the officer’s office when they got into an “altercation.” The boy produced an “edged weapon” — Smith declined to elaborate — and stabbed the officer, who fired his 9 mm pistol. The officer then called for help.

It wasn’t clear what prompted the attack, with Smith deferring most questions to the investigation. Smith said the resource officer — like all resource officers in Oshkosh schools — is also a police officer.

The school was locked down, and parents later reunited with their children at a nearby middle school.

An Oshkosh West student identified only as Evelyn told WLUK-TV that she was in class when she heard screaming and her teacher walked out.

“And then, like, after two minutes she ran back into the classroom, and she was like, ‘Everybody needs to evacuate right now!’ And then we all ran out of the class and then we saw everybody from our school running to across the street.”

The shooting comes on the heels of another school shooting in suburban Milwaukee on Monday. A resource officer at Waukesha South High School, about 80 miles south of Oshkosh, confronted an armed student in a classroom. Another police officer shot the 17-year-old student when he refused to drop his weapon, police said.

Police in Waukesha said Tuesday that the student had pointed a pellet gun at another student’s head. The officer shot the student once in the leg and twice in the arm. The student was taken to a hospital where he was stable Tuesday.

“Most people run away from danger,” Jack said. “Law enforcement officers run towards danger, especially when someone is threatening our children.”

Linda Ager told the Milwaukee Journal Sentinel that the Waukesha shooting happened in the classroom of her husband, Brett Hart, a special education teacher at Waukesha South. Ager said her husband restrained the student until the resource officer arrived.

School resource officers are typically sworn police officers assigned to patrol a school. No laws in Wisconsin lay out requirements for the job or restrict the types of weapons they can use.

The state Justice Department has adopted a set of best practices for the positions, however. They call for schools and police to set out officers’ responsibilities in memorandums of understanding, to identify what knowledge and skills such an officer needs and to identify under what circumstances the officer will respond to an incident. Officers should receive training on child development, restraint policies, de-escalation strategies, mental health and alcohol and drug use.

The standards closely mirror recommendations from the National Association of School Resource Officers. That group recommends officers act as police, teachers and mentors. They should have at least three years of experience, take a basic training course on how to police schools and complete biannual training on how a single officer should react to assailants or threats.

At a shooting at Great Mills High School in Maryland in March 2018, a school resource officer confronted a teen gunman who fatally shot a girl; the gunman killed himself. In Parkland, the school’s resource officer remained outside rather than enter the building to engage the shooter and try to stop him.

Man charged in 1994 homicide of woman who was strangled, run over

Woman charged with striking man with car after fight in Stoughton

Governor Tony Evers: Wisconsin must 'step up' after school shootings

Evers said the state must increase funding for mental health services at schools after shootings on consecutive days at high schools in Waukesha and Oshkosh.

A Wisconsin high school resource officer shot a 16-year-old student Tuesday after the boy stabbed him in his office, marking the second time i…

Student in custody after shooting at Milwaukee-area school

An officer shot an armed male student Monday morning in a classroom at a suburban Milwaukee high school after the suspect pointed a gun at officers, authorities said.

The former Republican governor said he would endorse his former lieutenant governor should she run in 2022.

The debate about the role of armed teachers or police in schools has been a constant in the wake of school shootings across the country. But rarely have armed resource officers been able to prevent a shooting.

Daniel Norris, 32, was sentenced to 67 months in federal prison for possessing crack cocaine with the intent to distribute.

Two 13-year-old boys were arrested Wednesday morning after a BB gun used by one boy to shoot a girl was brought inside Jefferson Middle School, 101 S. Gammon Road, by the other boy, Madison police said.

The crash happened shortly after 11:30 a.m. at the intersection of East Washington and South Sixth Street, Madison Fire Department spokeswoman Cynthia Schuster said in a statement.

The suspect is being held in the Winnebago County Jail on suspicion of attempted first-degree intentional homicide.

Grant Fuhrman, 17, is charged as an adult with attempted first-degree intentional homicide in the Dec. 3 attack at Oshkosh West High School.

Students file out of Oshkosh West High School Tuesday. Oshkosh Police Chief Dean Smith said a student was in the school resource officer's office when the boy produced an "edged weapon" and stabbed the officer, who shot the student. 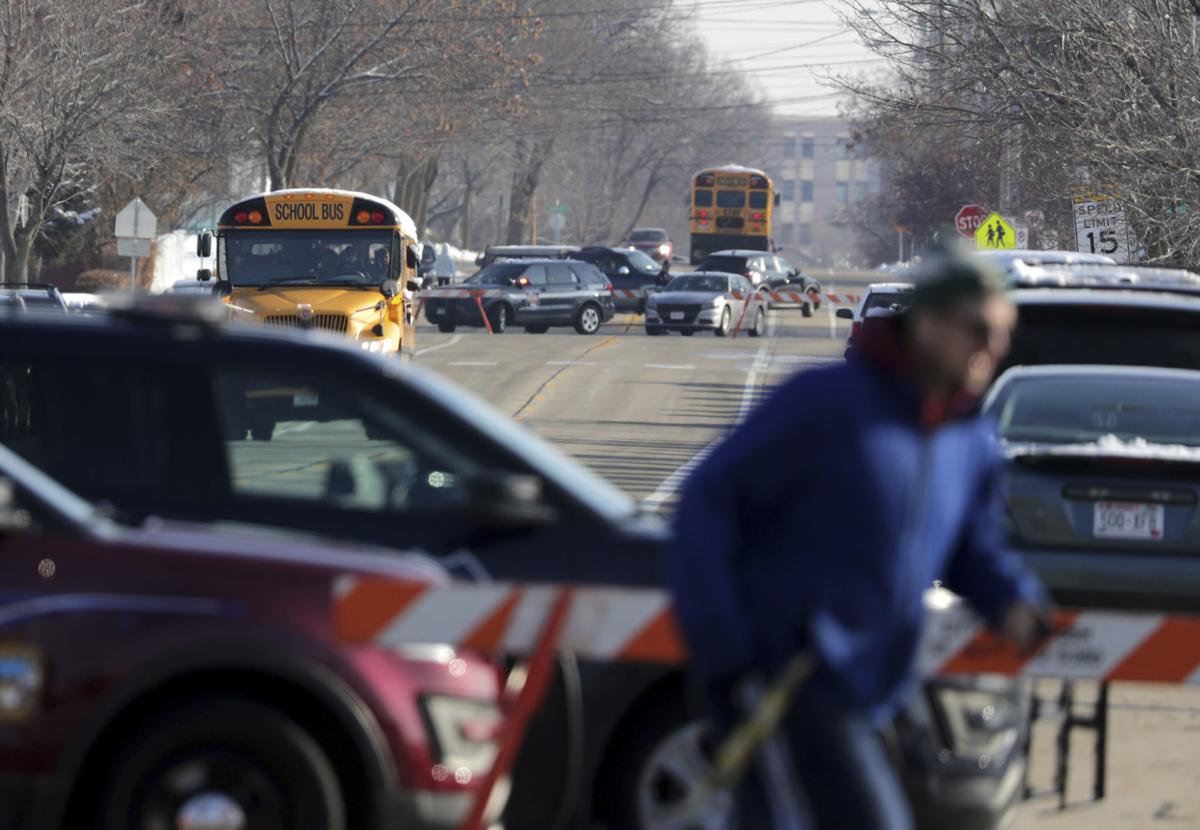 Police on the scene on an officer-involved shooting at Oshkosh West High School Tuesday. 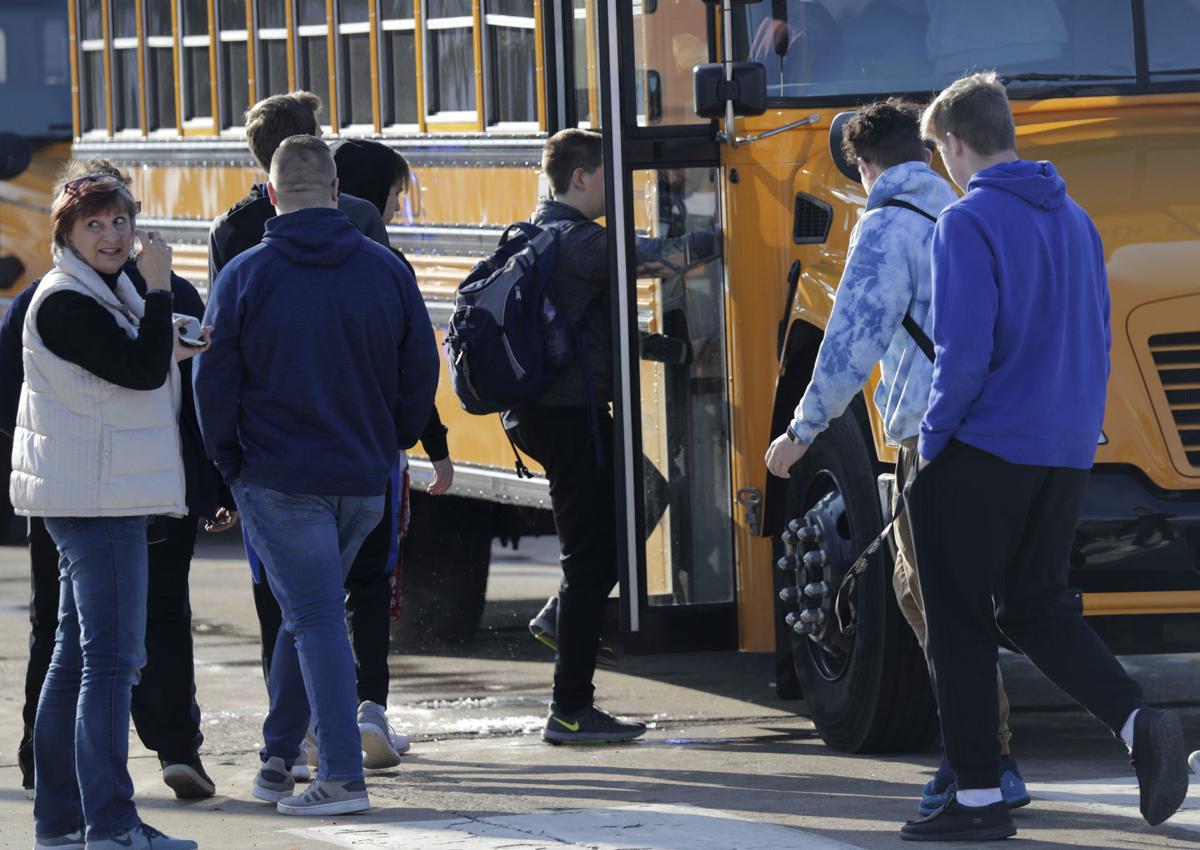 Students are evacuated from the scene of an officer-involved shooting Tuesday at Oshkosh West High School.