CHIPPEWA FALLS — A Wisconsin man killed three of his family members before blasting his way into the home of a stranger he had been harassing through text messages and killing her, authorities said Tuesday, speculating that he may have been trying to imitate last year’s home invasion and abduction of teenager Jayme Closs.

Ritchie German Jr., 33, shot his mother, brother and 8-year-old nephew at their home in Lafayette, likely on or before Saturday morning, Chippewa County Sheriff Jim Kowalczyk said at a news conference. On Sunday night, he drove about 10 miles to the Lake Hallie home of 24-year-old Laile Vang, blasted his way inside with a shotgun, and shot and wounded her parents before killing her. He then killed himself in the home, where several others were hiding, the sheriff said.

German left his car running outside the Vangs’ home and had items in it — including handcuffs and a loaded handgun clip — that led investigators to believe he could have been planning to imitate last October’s deadly home invasion and abduction of Jayme from her family’s home just 40 miles away, the sheriff said. In both cases, the attackers used guns to blast their way into the homes.

However, Kowalczyk said investigators may never know why German carried out the attacks.

“What was the motive? Why did this happen? I don’t have the answer,” he said, asking anyone who had been in contact with German in the last week to call the sheriff’s office.

A couple of days before the attack, German sent unsolicited sexual texts to Laile Vang, but she apparently didn’t know him and replied “Who is this? I don’t know you,” authorities said. Kowalczyk said there is no evidence that the two had ever met.

Chief Deputy Chad Holum said authorities are going through about 10 cellphones and are working to find out how German got Vang’s phone number, but they suspect he may have gotten it off the internet.

Vang’s parents, 51-year-old Teng Vang and 39-year-old Mai Chang Vang, suffered defensive wounds and each had to have an arm amputated, authorities said. They remained hospitalized Tuesday but are expected to survive. None of the other four people, including three children, who managed to hide in the home during the attack, were hurt.

German was a loner who was often unemployed and who occasionally lived at the Lafayette home where he gunned down his 66-year-old mother, Bridget German, his 32-year-old brother, Douglas German, and his brother’s 8-year-old son, Calvin Harris, Kowalczyk said. All three were shot once in the head with a handgun.

Ritchie German called the grocery store where his mother worked on Saturday morning and said she was sick and in the hospital, Kowalczyk said. And a neighborhood boy who played with Calvin Harris knocked on the door and asked if Calvin was home, but German told the boy that Calvin was shopping with his grandmother.

Ritchie German Sr., who was divorced from Bridget German, said he was shocked to learn of the killings and that his son Ritchie had struggled with mental illness. He said his son lived with him from 2005 to 2014 and worked for just one year during that time, at a Menards warehouse. He said his son stayed in his bedroom most of that time.

German Jr. was convicted of disorderly conduct in 2006 and sentenced to a year of probation after the sheriff said he pointed a gun in the direction of his brothers. But Kowalczyk said, “We don’t have a lot of history with him.”

Jayme Closs was abducted from her parents’ home on Oct. 15, 2018, in Barron. She eventually escaped her abductor, Jake Patterson, who was sentenced to life in prison in May for kidnapping the 13-year-old and killing her parents.

A 22-year-old Wisconsin man accused of inhaling chemical vapors before crashing into a group of Girl Scouts has pleaded not guilty to vehicular homicide charges for the deaths of three girls and one mother.

In wake of Girl Scout tragedy, bill would give new protections to roadside cleanup workers

Chippewa County highway supervisor Brian Kelley — whose daughter, 9-year-old Jayna, died in a crash that killed four people who were picking up debris along a road Nov. 3 in Lake Hallie — testified on a bill in Madison this week that would give new protections to roadside cleanup workers.

A weekly roundup of crime reports from Madison and the surrounding area.

"There's some things that Jake Patterson can never take from me. He can't take my freedom. He thought that he could own me but he was wrong. I was smarter. I watched his routine and I took back my freedom. I will always have my freedom and he will not.

Laile Vang, 24, was fatally shot by Ritchie German Jr., who wounded her parents Teng Vang and Mai Chang Vang before taking his own life Sunday night.

Authorities are seeking a car once registered to Ritchie German Jr. as they attempt to finish their probe into his killing of four people the weekend of July 26-28.

Man who killed 4, then himself made calls to home of victims before attack

Ritchie German Jr. — who shot and killed 24-year-old Laile Vang July 28 at her Lake Hallie home — had not only called Laile, he also had called her dad, Teng Vang, on July 18. 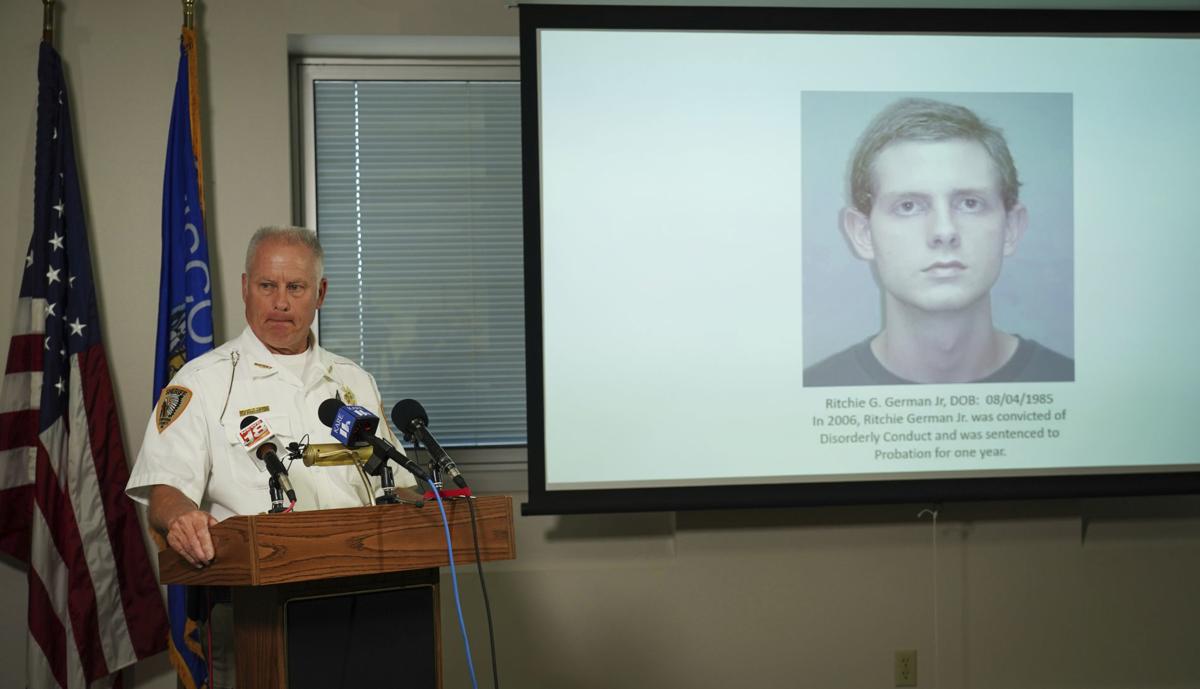 Chippewa County Sheriff James Kowalczyk addresses the media during a news conference Tuesday in Chippewa Falls. Ritchie German Jr., the suspected shooter in a Sunday night rampage that left five dead, including German, is shown on a screen. 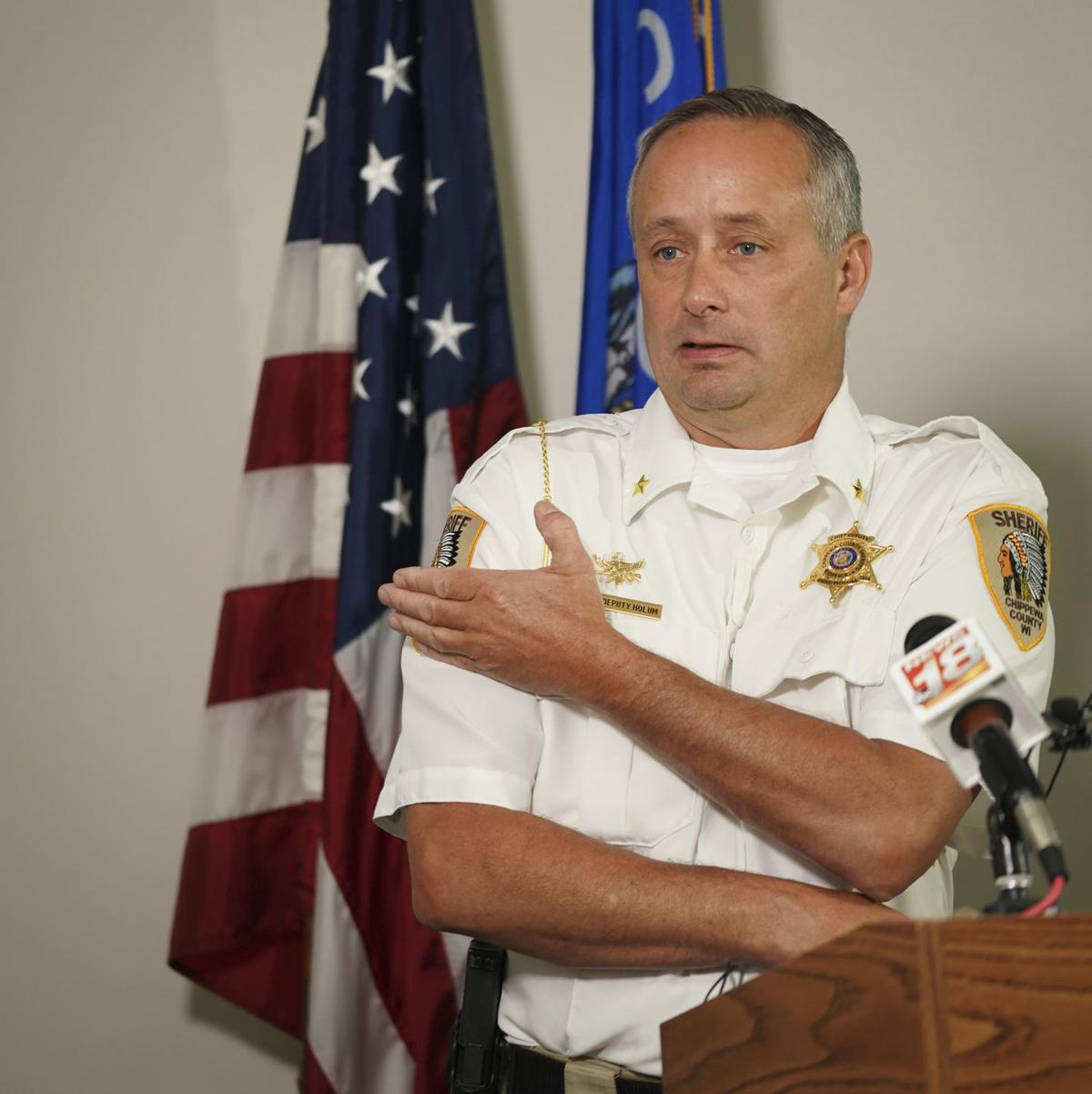 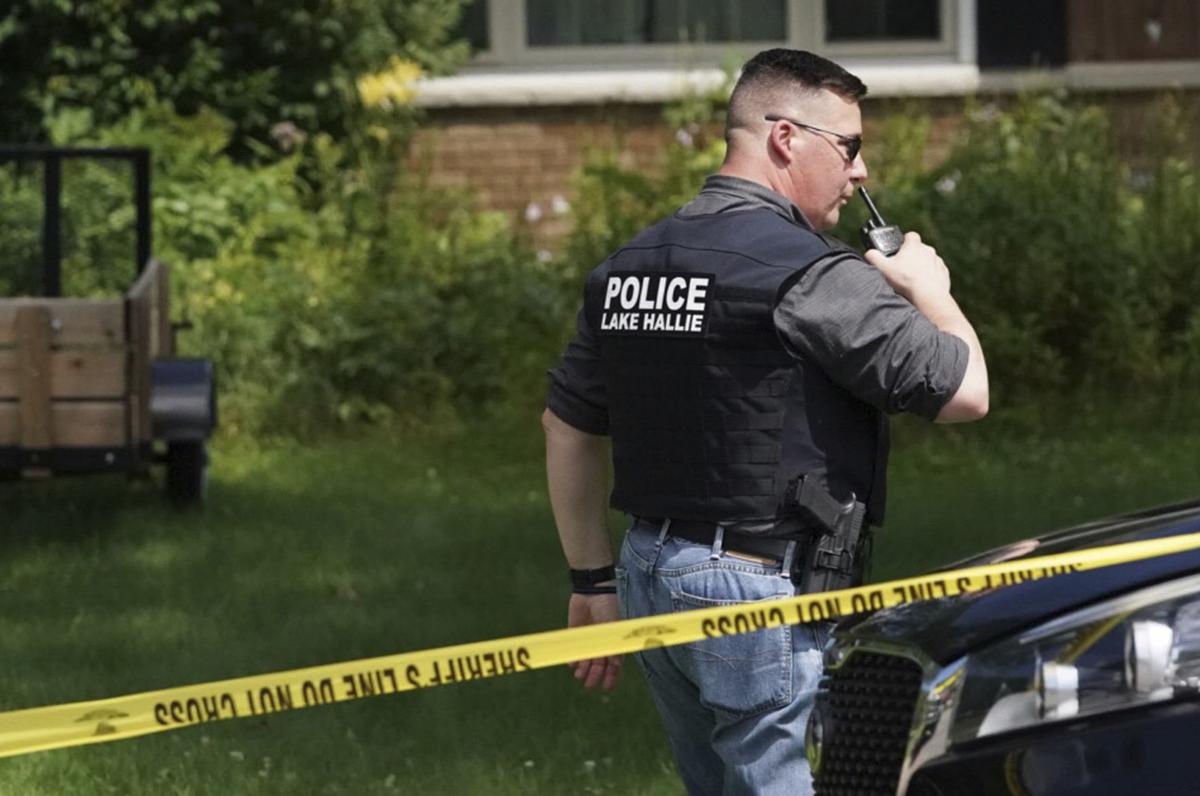 A Lake Hallie police officer works outside a home Monday in Lake Hallie following a shooting the night before. Authorities in northwestern Wisconsin say shootings at two homes left five people dead, including the suspected shooter, and two others injured.