The driver of a semitrailer that crashed into a school bus Wednesday on Interstate 39/90/94 near DeForest injuring 20 people faces tentative charges of operating a vehicle while intoxicated and causing injury by vehicle, a Columbia County official said.

On Thursday, the State Patrol identified the semitrailer driver as 42-year-old Wayne Edward Murphy, of Indianapolis. He was taken to Columbia County Jail, an official said, and has no known prior OWI convictions.

Eleven other patients from Wednesday’s crash were treated at UW Health facilities.

The bus, operated by Lakeside Buses of Wisconsin in Milwaukee, was carrying about 30 people from Hope Christian School in Milwaukee when the driver pulled over on the shoulder near mile marker 122 in Columbia County due to mechanical problems.

The bus was rear-ended by the semitrailer, a 2016 Freightliner Power Unit, around 10:15 a.m. on the northbound side of the Interstate.

Ted Dahl, the owner of Dahl Trucking, which employed Murphy, said he has worked for the company for “quite some time” and that he would be off the road until the investigation is completed.

“At this point in time, all of our thoughts and prayers go to those kids and their parents and families,” Dahl said.

Several calls to Hope Christian Schools, which has multiple campuses throughout Milwaukee, were not returned Thursday.

In a Facebook post Wednesday, the school said the students were from the Semper campus and were on a year-end field trip.

The driver of the bus was 51-year-old Yvonne Gayton, of Milwaukee, according to the State Patrol, which initially erroneously named a 67-year-old Madison retiree on Thursday as the driver of the school bus.

Officials from Lakeside Buses said they are working closely with the State Patrol as the investigation into the crash continues.

“We look forward to their speedy recovery and return to HOPE Christian School: Semper for the end of the school year,” Lakeside Buses said in a statement.

All had been treated and released by Wednesday night.

A second crash on Interstate 39-90 Thursday afternoon between a semitrailer and a bus, this one a passenger van, left seven people injured, the State Patrol said.

The semitrailer rear-ended the Lamers bus around 1:30 p.m. in the northbound lanes a few miles south of the Interstate and Beltline interchange after the semitrailer couldn’t stop in time when traffic slowed, Sgt. Jeremiah Johnson said.

The semitrailer had to be towed from the scene, Sgt. Craig Morehouse said. The bus drove to a BP Gas station at 6410 Millpond Road to meet with emergency responders.

The seven injured passengers were taken to local hospitals, where their injuries did not appear life-threatening Johnson said.

The other passengers, who were traveling from Janesville to Mineral Point, were picked up by another Lamers bus, Morehouse said.

The passengers in the bus were all adults, Morehouse said.

The injury count in the semi truck-school bus crash was at 20 as of Wednesday afternoon, according to the Wisconsin State Patrol.

A 36-year-old man who was shot in the head and arm Wednesday night reportedly left the hospital and isn't talking to Madison police about what happened.

The man shot in the back of the head Wednesday night at a South Side apartment complex has died.

The body of Michele A. Johnson was found at about 11:45 p.m. Wednesday on the 2000 block of Stoughton Road

The reduced speed limit will be in effect for the about 40 miles of construction on the interstate.

An allegedly intoxicated Barry J. Lucas, 44, of Janesville, was arrested Monday morning after nearly rear-ending a police car at a red light.

During a bond hearing Friday, Columbia County District Attorney Jane Kohlwey said she expects to file felony charges as a result of the May 23 crash, which left 26 people injured, including five critically.

Wayne Edward Murphy, 42, of Indianapolis, who is accused of driving a semi into a bus filled with middle schoolers, has been charged with five counts each of intoxicated use of a vehicle and second-degree reckless injury.

The attorney for an Indianapolis semi-truck driver accused of crashing into a busload of children on Interstate 39 questioned evidence Thursday that the driver was “double-dosing” on his prescription pills at the time of the crash.

Wayne Murphy, 43, is charged with 10 felonies and 36 misdemeanors, including causing injury by intoxicated use of a vehicle and second-degree reckless injury.

Wayne Murphy is accused of driving his big rig while impaired after taking too many prescription drugs, leading him to crash into the disabled bus along I-39/90/94, injuring 26.

Wayne Murphy faces numerous charges for allegedly taking too much of his prescribed medication and injuring 26 when his semi hit the bus on the shoulder of I-39/90/94 in 2018. 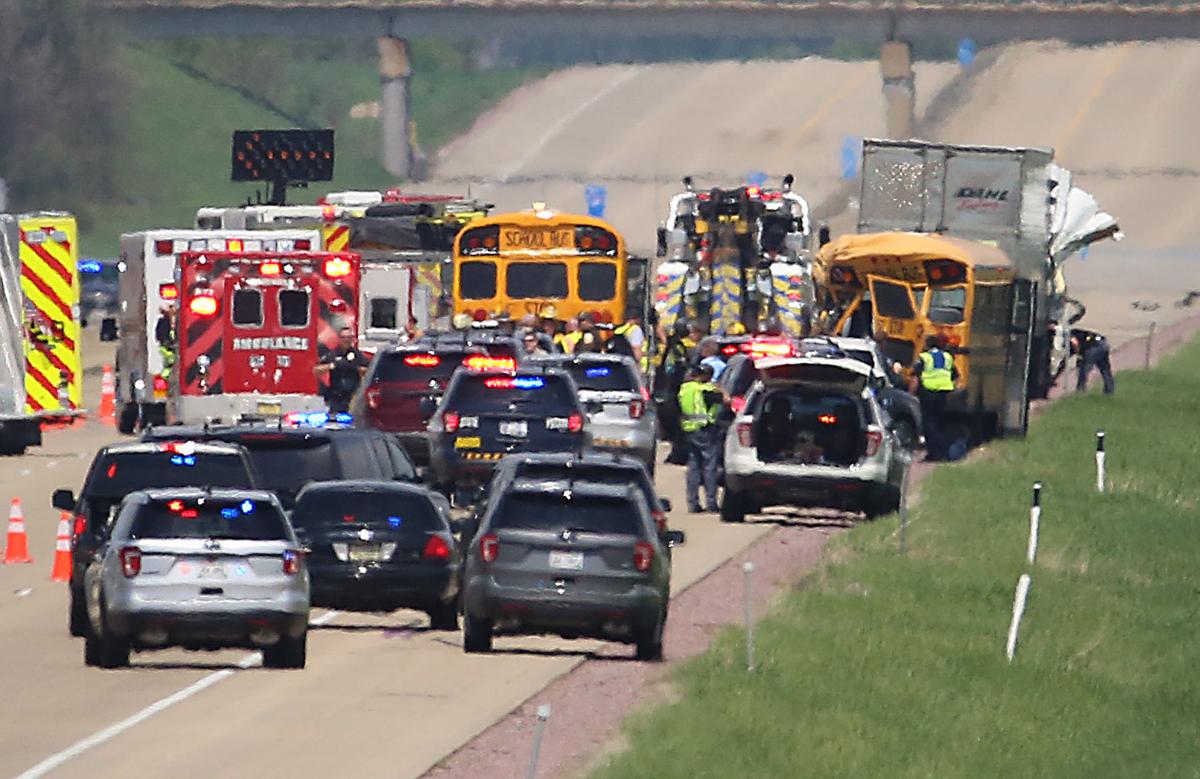 Emergency personnel respond to the scene of a crash Wednesday between a semi truck and a school bus on Interstate 39-90-94 near DeForest. 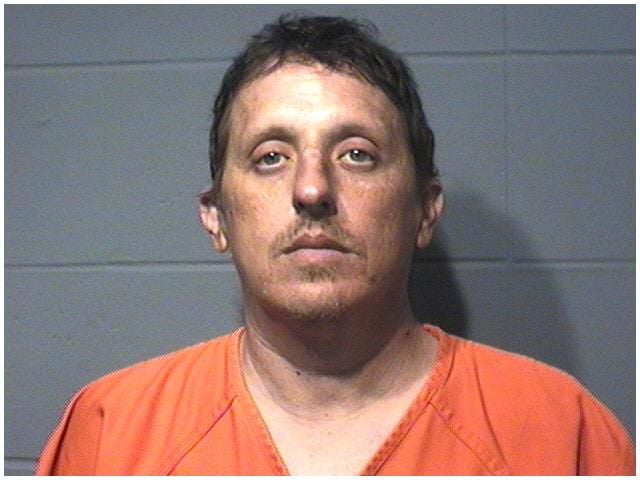