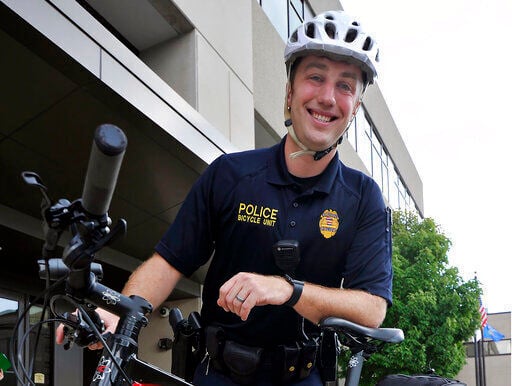 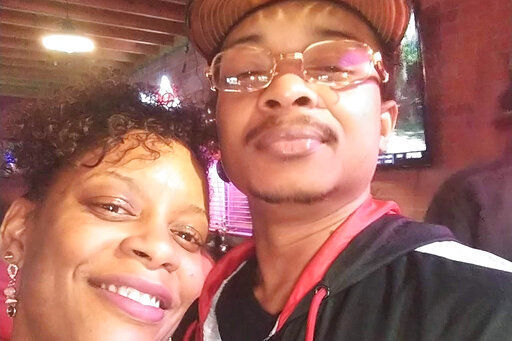 Rusten Sheskey, the Kenosha police officer who shot Jacob Blake in the back, leaving him paralyzed from the waist down, has been reprimanded three times in five prior internal investigations since he joined the department in 2013, according to a report.

The Kenosha News has requested this information but has not yet received it. But on Friday the Milwaukee Journal Sentinel reported that it has reviewed the personnel file of Officer Rusten Sheskey, who shot Jacob Blake seven times in the back on Aug. 23 while he and two other officers were trying to arrest him during a domestic disturbance.

Sheskey was reprimanded three times over three years for crashing his squad car on separate occasions, causing at least $7,000 in damage. He also was investigated for his actions in traffic stops in 2015 and 2017, although the reviews found he didn't violate department policy.

The records show Sheskey, now 31, joined the Kenosha Police Department in 2013 after working as a campus police officer at the University of Wisconsin-Parkside. During his stint at Parkside he investigated a series of death threats and nooses targeted at Black students in an alleged hate crime.

The first crash occurred in 2014 when he made an illegal left turn and hit another vehicle. No one was injured. Five months later he backed out of a city parking space and hit a concrete pillar. And in 2016 he smashed into a light pole after pulling away from a traffic stop. He received a one-day suspension — the only suspension on his record — and remedial training.

Sheskey was among a group of four officers who were investigated in November 2014 for their actions during a traffic stop. According to the records, a woman called 911 from a car saying her boyfriend was driving and wouldn't let her or her children out of the vehicle.

The officers stopped the car. Officer Ryan Alles drew his gun and ordered the driver out of the vehicle. Dash-cam video shows the man struggling with his seatbelt while officers bombarded him with commands.

The driver appeared to take his foot off the brake and the car slowly moved forward. Officer Willie Hamilton told him to put the car in park or he would “blow your (expletive) head off.” The driver stopped the car. Sheskey and Alles dragged him from the vehicle, took him to the ground and handcuffed him. A fourth officer, Trevor Clayton, briefly kneeled on the driver's head.

Then-Deputy Chief Daniel Miskinis wrote in a memo to then-Chief John Morrissey that Sheskey and Alles' decision to drag the man from the car was “justified and appropriate.”

Sheskey was investigated again in 2017 after a driver alleged discrimination during a traffic stop. According to the records, the man and his car resembled the description of a domestic violence suspect who had threatened to bomb a local women's shelter where his ex-girlfriend was staying.

Sheskey and other officers stopped the man at gunpoint because the suspect in the bombing threat was known to have a gun. The man was handcuffed but released after officers verified he wasn't the suspect. All the officers involved were cleared of any discrimination.

Sheskey’s attorney, Brendan Matthews, said his clients’ personnel records show he’s a “great officer and an asset to the KPD and the citizens of Kenosha as a whole.”

Sheskey's shooting of Blake sparked several nights of protests, some of which turned violent. Prosecutors have charged Illinois teen Kyle Rittenhouse with fatally shooting two protesters and wounding a third during a protest on Aug. 25.

Kyle Rittenhouse was arrested at his home in Antioch, Illinois, a day after prosecutors say he shot and killed two protesters and injured a third on the streets of Kenosha on Aug. 25.

Former Madison Police Chief Noble Wray has been tapped to review the investigation of the police shooting of Jacob Blake in Kenosha last month, and will consult with the district attorney before any decision is made on whether to file charges against the officer in the case.

Jacob Blake’s father said Friday his “happy-go-lucky” son is optimistic for his future, although he remains paralyzed from the waist down afte…

Madison police have released surveillance system pictures of potential witnesses to a shooting that injured 2 outside a West Side bowling center on Nov. 8.