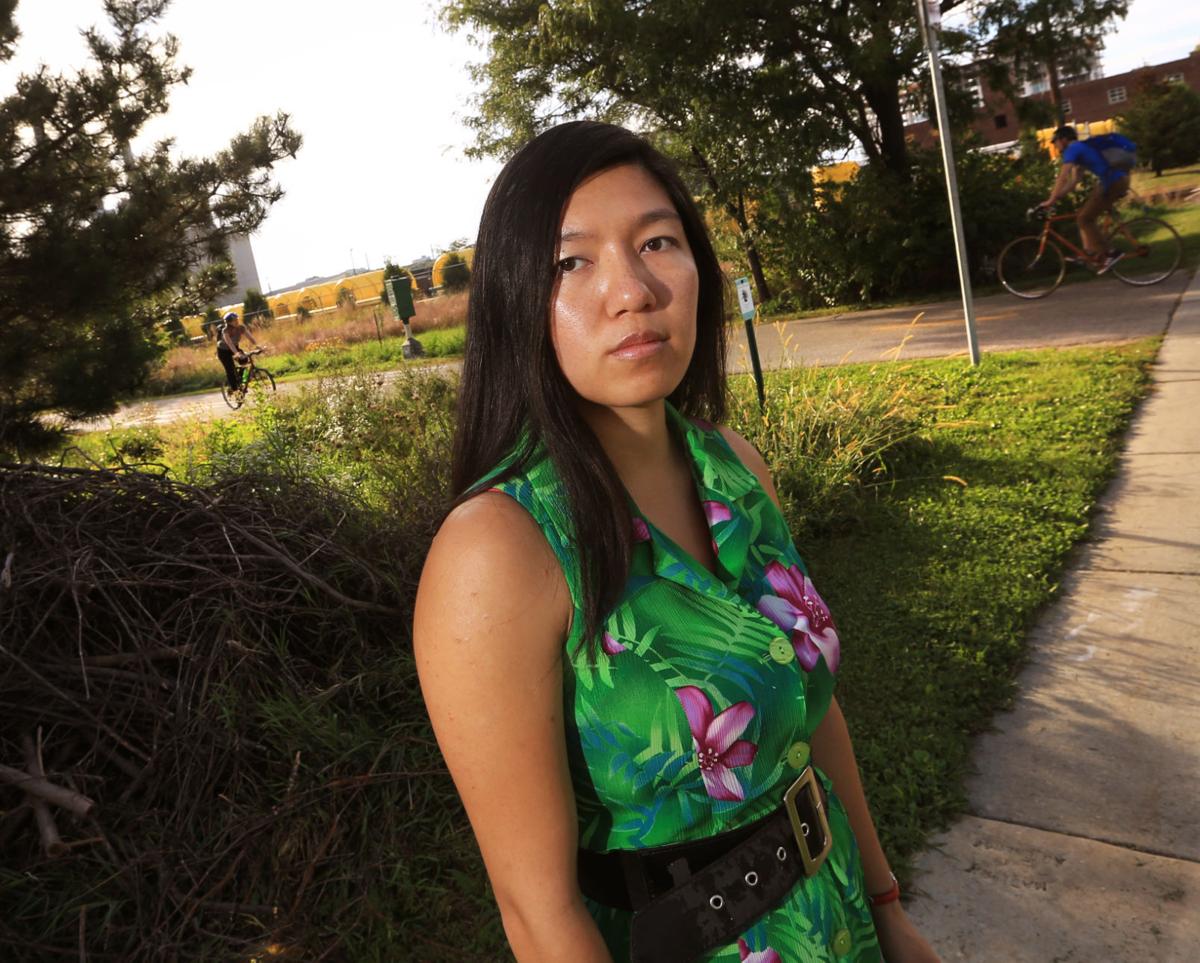 Jenie Gao fended off an attack on South Paterson Street near the Capital City Trail last month, about a block from a recent brutal rape. 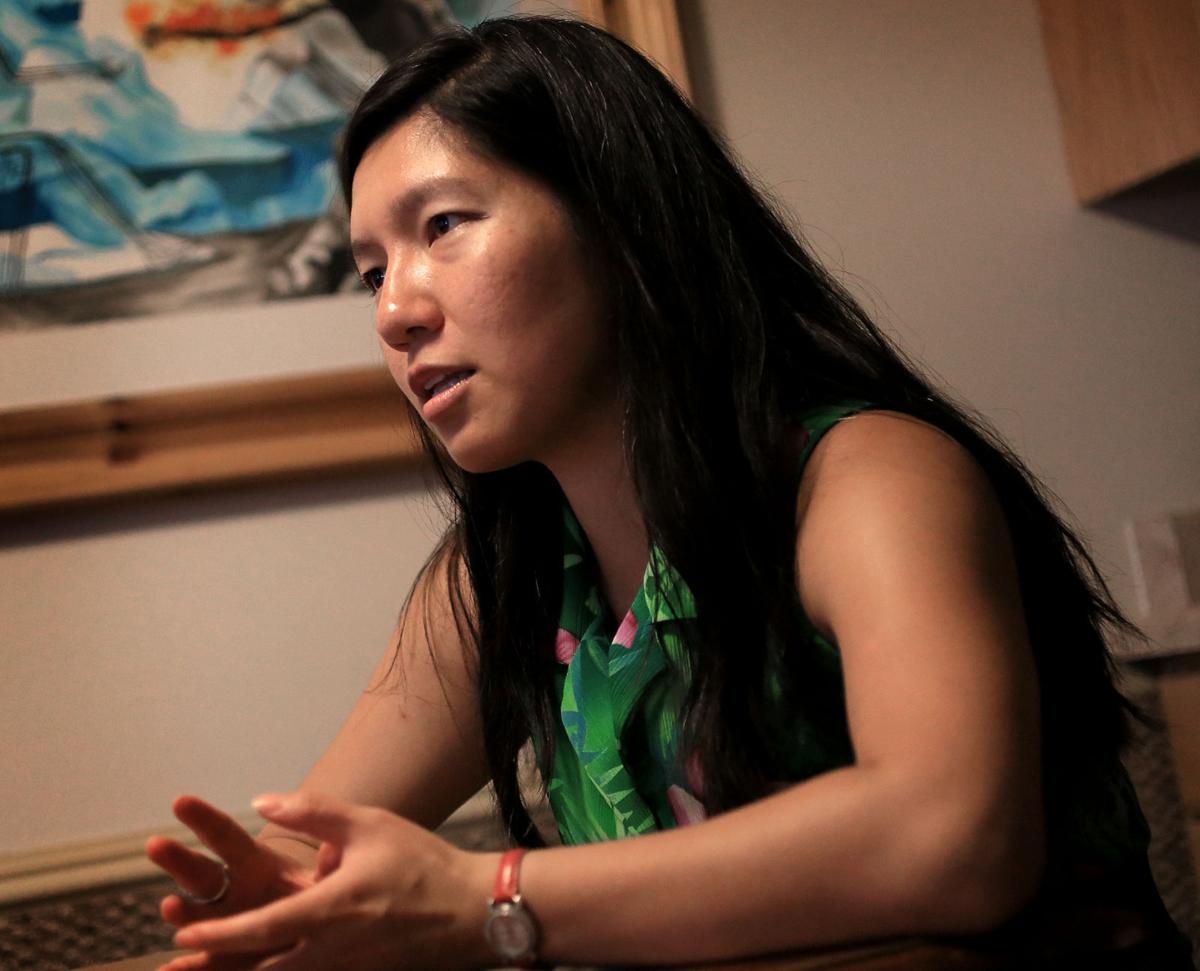 Jenie Gao has spoken with others who have been assaulted or who have felt unsafe, and said they sometimes feel like they can’t speak up because they are afraid of being called an alarmist “if it’s just a close call.” But, she said, there’s a danger in not drawing attention to such incidents. 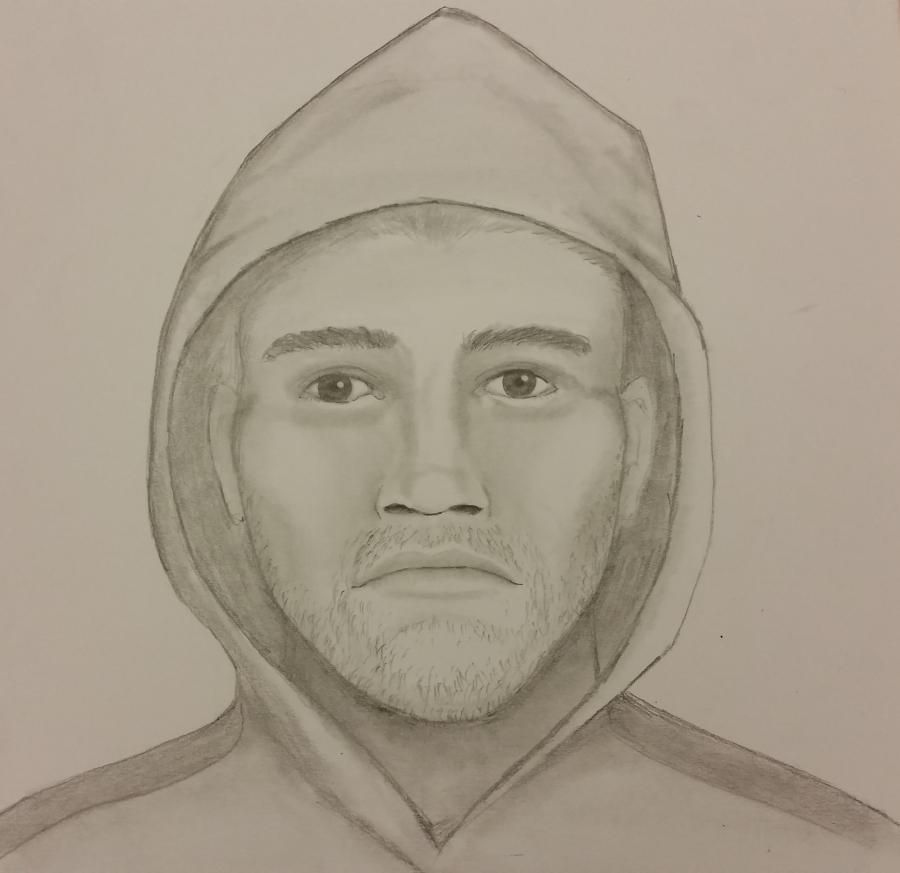 Madison police released this sketch of a person of interest in the brutal beating and rape of a woman on the Capital City Trail early Sept. 12. He is described as a Latino or light-skinned black man in his mid-20s, about 5-foot-7 with an average build and brown, slightly sunken eyes and prominent cheek bones higher near his ears. He was wearing a baggy hoodie and blue jeans and had a patchy beard with several days’ growth.

It was a Monday night about 10 p.m., and Jenie Gao was walking to the house of a friend who hosts a weekly get-together, taking a Paterson Street route she had traveled many times before.

After crossing the bike path, Gao suddenly heard someone run up quickly behind her. A man grabbed the back of her shirt, came around in front of her, and yelled something in her face in Spanish.

“My Spanish isn’t good enough that I was able to translate it and process what was happening at the same time,” Gao said about the Aug. 10 attack that happened about a block down the Capital City Trail from a Sept. 12 sexual assault so vicious that police are calling it an attempted homicide. No arrests have been made in either incident.

Police say it is “quite possible” that Gao was attacked by the same person who brutally assaulted a 33-year-old UW-Madison graduate student in the most recent attack. That woman was grabbed from behind, raped, choked and beaten, then left for dead in the bushes along the trail.

Gao said her assailant wielded a knife. She screamed, then the man hit her in the stomach with his hand that was holding the knife, but didn’t stab her. He let her go, then ran toward East Washington Avenue. She ran to the nearby Willy Street Pub, where a bartender called police.

A 27-year-old artist who moved to Madison more than a year ago after getting a promotion at the printing company she works for, Gao said the whole attack was over in a blink of an eye.

“For all I knew, I’d been stabbed,” she said. “I wasn’t thinking. I just wanted to get away. I ran the moment I could.

Gao knows that she is lucky and that her attack could have ended more like the recent assault that drew nearly 3,000 people to the Capital City Trail on Sept. 17 for a “Take Back the Bike Path” march.

In a city of devout cyclists, the latest attack has scared some users away from the popular bike path, especially at night.

Gao said she can’t ignore the many similarities between the most recent attack and her own.

Police are paying close attention to parallels between the two cases as well.

“We can’t say for certain they’re connected, but we see a lot of similarities,” Madison police spokesman Joel DeSpain said.

Though different detectives are assigned to each case, there is also a team working on both cases because of the possibility they could be connected, he said.

“We’ve been saying all along, particularly after the second one happened, people have to be very vigilant,” DeSpain said. “We have someone who’s out there who’s a very, very dangerous person. You can give people the normal safety advice, but people should be free to move about bike paths.”

Gao said she feels safe near the bike path and in Madison in general. The officer who came to the scene told her she was in the wrong place at the wrong time and she tends to agree.

“There were the 364 days of the year when I was safe. Certainly there’s the anxiety that follows the attack, but I take the same precautions that I have before: I’m aware of my environment. If I am going to be out at a later time or where there aren’t as many people, I will be there with a friend.”

The victim of the most recent attack is recovering, but DeSpain said the detective handling the case doesn’t want to say whether she is still hospitalized out of fear for her safety.

DeSpain said he also has concerns for Gao’s safety and worries about her speaking out because “this guy is still out there.”

Gao said she understands DeSpain’s concern. When she wrote about her attack on Facebook, she questioned whether she wanted to draw attention to the situation.

But Gao said she realized that because her assailant hadn’t been caught, she needed to speak out. She contacted friends in the area to let them know she was safe and to avoid the bike path. Then she realized that wasn’t enough — other people also needed to be aware.

The most recent attack pushed her even more in the direction of sharing, said Gao, who also blogged about her assault. Her worry is that the sense of urgency and the outrage could “disappear.”

She took part in the “Take Back the Bike Path” march, but didn’t speak at the rally. Gao said she was glad to see that many people organize so quickly in response to the Sept. 12 attack.

“That speaks volumes about the people of Madison. There are a lot of places where that wouldn’t happen or even where people would just say, ‘Well, this kind of thing happens all the time’ and just turn a blind eye to it. So right there, we’ve already eliminated a big part of the uphill battle. The fact that people are willing to listen.”

Something like the march is symbolic and that’s great, Gao said, but she believes police need to better communicate information about assaults such as hers and the media needs to help get the message out before something “blows up.”

Madison Police Chief Mike Koval said “both cases stand out for their seriousness and their gravity” and “each is being handled with a sense of urgency.”

Koval said police have been getting out in front of the media in a “robust” fashion, stressing the serious nature of this month’s attack and also Gao’s attack.

“We are definitely putting this as a high priority as it relates to community safety,” he said.

Police have two suspects in custody from attacks that took place this summer prior to Gao’s assault on two other bike paths in different parts of the city, also stranger attacks. Both were arrested shortly after the attacks and remain in jail.

In the first, an 18-year-old woman was walking her dog along a bike path near East Towne Mall on July 9 when Cristian Sanchez Vargas, 20, allegedly came up behind her, hit her in the back of the head, pushed her to the ground and tried to drag her off the bike path toward some woods.

Four days later, a woman was sexually assaulted while walking on the Southwest Commuter Path near the intersection with Charter Street on the Near West Side. Donovan L. Stone, 27, was arrested after photos from public cameras showed him walking on the path fully clothed and then leaving it wearing only a pair of shorts, police said.

Gao is troubled by the fact that there have been four bike path attacks on strangers since July. “It’s highly abnormal to have attacks by strangers in this short of a time frame,” she said.

Several years ago, there were a rash of muggings on bike paths, and other places, DeSpain said, noting that he’s not aware of a real uptick in stranger assaults on bike paths. “There certainly have been a few this summer, but I don’t know if anybody’s keeping tabs on how many there have been in past years,” he said.

Gao said she got a good look at her attacker, enough that she could list his prominent features to police. She said she wasn’t confident of the police artist’s sketch of her attacker, and said a separate sketch of the man responsible for the more recent attack more accurately resembles her assailant.

The second rendering was developed from a description provided by an “uninvolved” person who was on the bike path around the time of the attack and saw someone they believed “to be acting sort of suspiciously,” and “took a good hard look at the guy,” DeSpain said.

The victim of the more brutal attack never got a good look at her assailant, and has yet to give detectives a good description of the man’s face or his ethnicity, DeSpain said.

“What the detectives have told me is that over time sometimes a victim’s recall becomes clearer as they have time to decompress a little bit,” he said.

Police did not put out the sketch of the assailant in Gao’s attack because it ended up looking like “a thousand different people,” DeSpain said.

“A good sketch we put out because we can get leads,” he said.

Police have gotten a lot of leads since the sketch was released, DeSpain said, “But so far we don’t have enough to arrest anybody.”

Victim of brutal Madison bike path rape moves out of state; police still have no suspects

The UW-Madison graduate student who was brutally raped last fall does not wish to talk to the media about the crime. Police have no suspects.

Jenie Gao fended off an attack on South Paterson Street near the Capital City Trail last month, about a block from a recent brutal rape.

Jenie Gao has spoken with others who have been assaulted or who have felt unsafe, and said they sometimes feel like they can’t speak up because they are afraid of being called an alarmist “if it’s just a close call.” But, she said, there’s a danger in not drawing attention to such incidents.

Madison police released this sketch of a person of interest in the brutal beating and rape of a woman on the Capital City Trail early Sept. 12. He is described as a Latino or light-skinned black man in his mid-20s, about 5-foot-7 with an average build and brown, slightly sunken eyes and prominent cheek bones higher near his ears. He was wearing a baggy hoodie and blue jeans and had a patchy beard with several days’ growth.