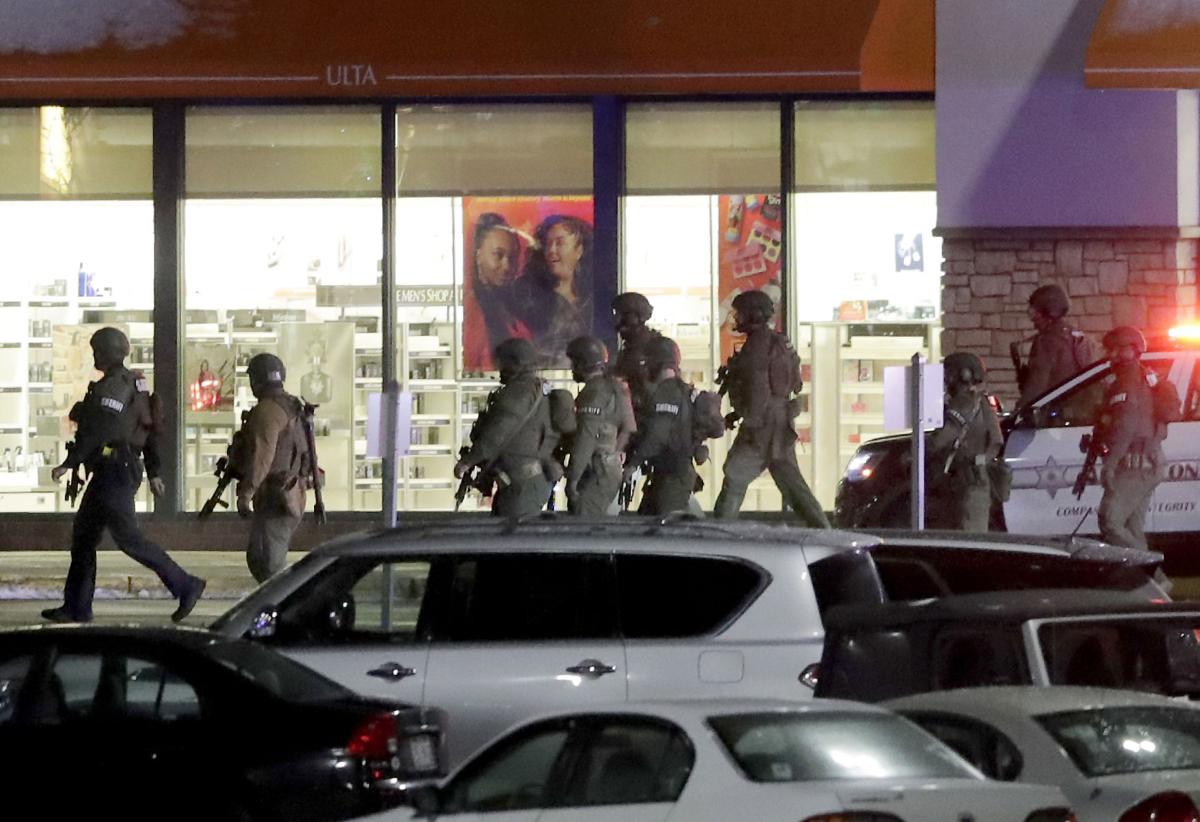 Authorities respond to the Fox River Mall in Grand Chute. One person died and another person suffered minor injuries after being shot Sunday. 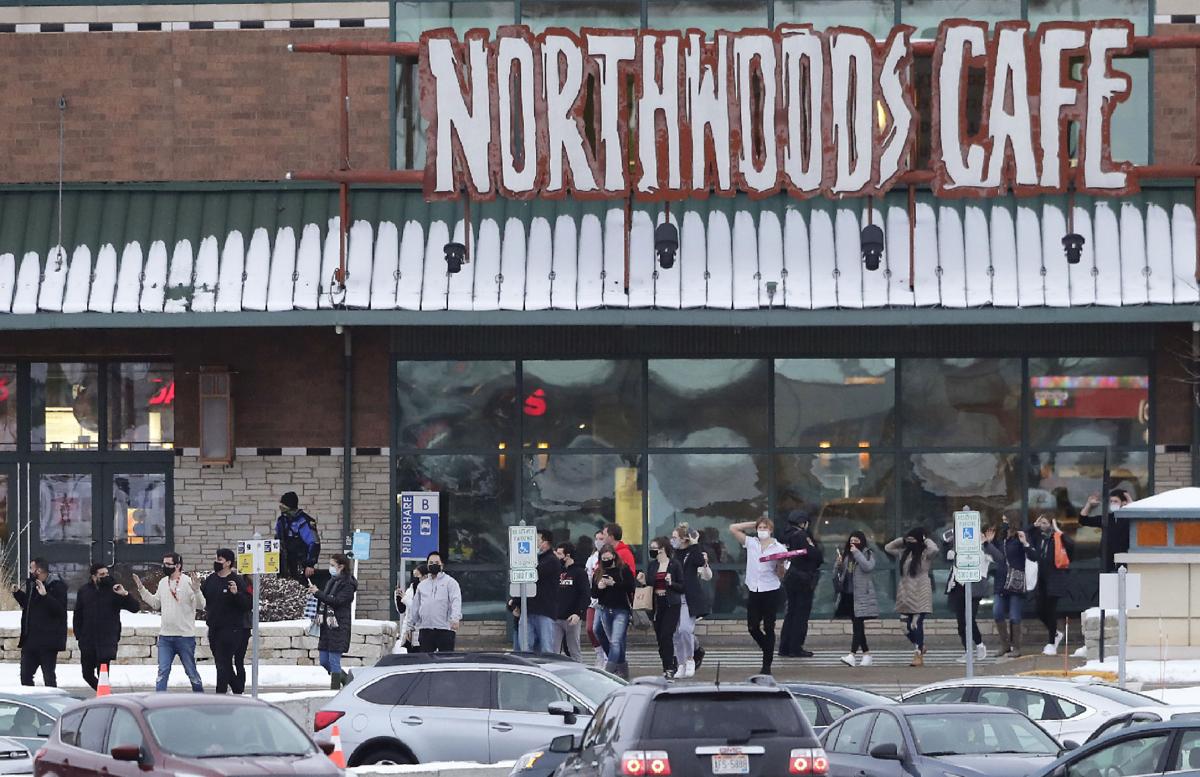 People are escorted by police out of the Fox River Mall in Grand Chute after two people were shot in the mall Sunday. 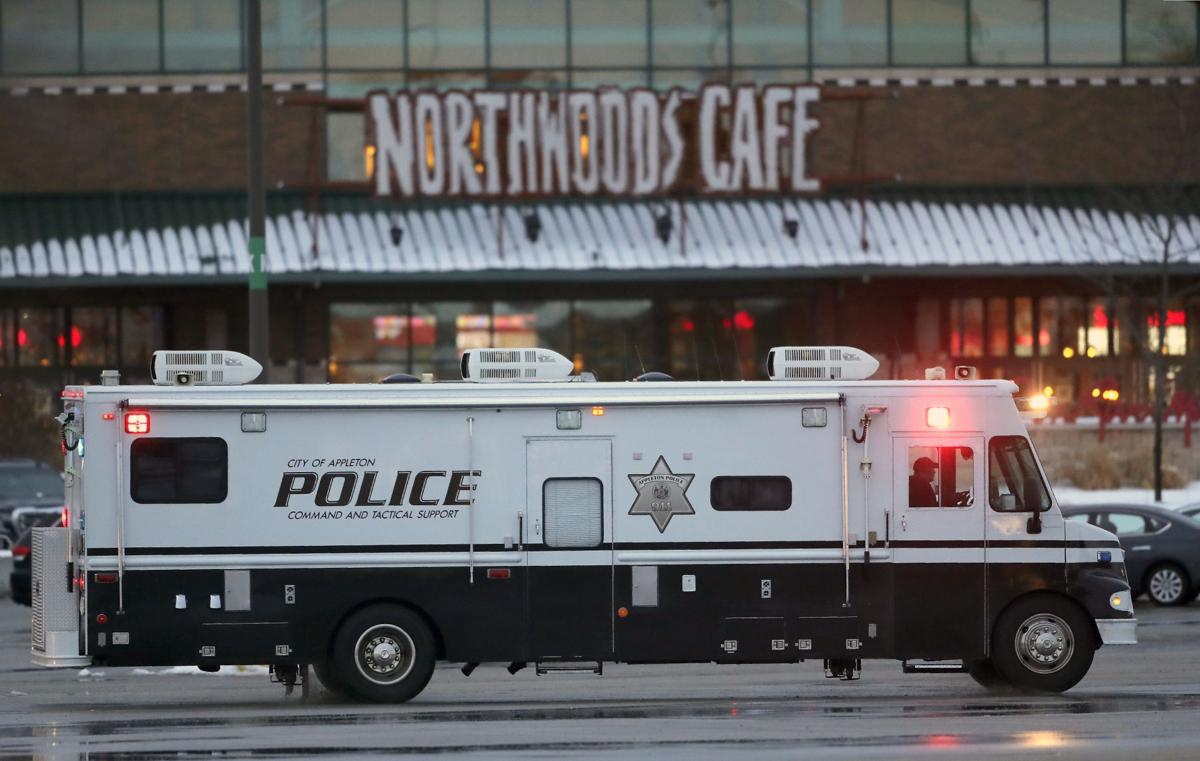 Authorities respond to the Fox River Mall in Grand Chute after two people were shot, one fatally, in the mall Sunday.

GRAND CHUTE — Four people have been arrested and a teenage suspect is on the run following a shooting that left one person dead and another wounded at the Fox River Mill outside Appleton, police said.

Dezman Ellis, 17, is considered a suspect in the gunfire that erupted around 3:30 p.m. Sunday at the Fox River Mall, Grand Chute police Officer Travis Waas said. The victims were specifically targeted, police said, and Ellis should be considered armed and dangerous.

Jovanni J. Frausto, 19, died in the shooting, police said in a statement. A second person who also was shot went to a hospital with non-life-threatening injuries and was later released.

Officers received information Monday morning that Ellis’ vehicle was parked at a duplex in Oshkosh, about 20 miles south of Grand Chute. Officers found the car at the duplex and four people inside the residence who became “physically combative” were arrested, Waas said in a news release.

The group included a 15-year-old boy, a 16-year-old girl, an 18-year-old girl and a 37-year-old woman. Police said they do not know how or if the four are connected to Ellis.

Photos from the scene on Sunday showed officers, some in tactical gear, outside the mall and what appeared to be customers walking out with their hands in the air.

Haylie Mirr, who works at a mall restaurant called Box Lunch, said she didn't know anything about the shooting, but that: “People just started running. We just locked the doors, and we had four customers in the store, we brought them to our back room.”

They waited at least three hours for the all-clear.

Police said they were interviewing witnesses and following leads. No motive was immediately released.

It was the second recent mall shooting in Wisconsin. In November, eight people were injured in a shooting after a confrontation at a mall in Wauwatosa, in suburban Milwaukee. A 15-year-old boy was arrested and charged.

Grand Chute is a town of about 22,000 on the outskirts of Appleton, about 100 miles north of Milwaukee.

Man arrested after he points BB gun, pulls knife and pepper sprays victim on East Side

Clerk at Far East Side hotel locks self in office as officers respond to disturbance, Madison police say

A hotel clerk locked themselves in an office as officers responded to a disturbance Saturday night involving about 10 people, Madison police reported.

SUV stolen when keys left in it outside West Side sandwich shop — like 345 cases in 2020, Madison police say

An SUV was stolen Friday afternoon when keys were left in a cup holder as it sat outside a West Side sandwich shop, Madison police reported.

A Sun Prairie man was arrested after a rifle was fired during a disturbance on Sunday night, Sun Prairie police reported.

The man also threatened employees and customers inside a Subway on the Far West Side.

Police have identified a person shot and killed at Fox River Mall on Sunday and said they were looking for a teenager in connection to the shooting.

A man was arrested for OWI after crashing into a pole on the South Side on Thursday night and seriously injuring a passenger, Madison police reported.

Two snowmobilers were injured in separate incidents over the weekend, the Dane County Sheriff’s Office reported.

A wrong-way driver was killed in a head-on crash Monday afternoon on Highway 12 in the town of Roxbury, the Dane County Sheriff’s Office reported.

A man died after causing a rear-end crash in the village of Windsor on Monday afternoon, the Dane County Sheriff’s Office reported.

Dezman V. Ellis was taken into custody in Des Moines, Iowa at around 3:30 p.m. Thursday.

Dezman Ellis is accused of killing Jovanni Frausto, 19, at the Fox River Mall in Grand Chute on Jan. 31 during an argument over a girl.

Authorities respond to the Fox River Mall in Grand Chute. One person died and another person suffered minor injuries after being shot Sunday.

People are escorted by police out of the Fox River Mall in Grand Chute after two people were shot in the mall Sunday.

Authorities respond to the Fox River Mall in Grand Chute after two people were shot, one fatally, in the mall Sunday.